It is not uncommon for a subtle inner connection to reveal itself only in the juxtaposition of two seemingly dissimilar artworks. An example can be seen in the exhibit by Chiyoko Tanaka and Yasuhisa Kohyama at Japan Art, which is on display until December 14, 2019. With freely constructed vases which he fires in an anagama kiln [a single-chamber kiln for Japanese wood-fired ceramics] that he built himself, Yasuhisa Kohyama has long ranked among his nation’s most important artists. The artistic kinship between this ceramist, who was born in Shigaraki in 1936, and the five-year-younger textile artist is rooted in the traditions of a country that never strictly separated utilitarian crafts from fine arts as in the West, and in both artists’ sensitive inclusion of the phenomena of nature and time. While textile wall objects by Chiyoko Tanaka show openness toward contemporary Western art, Yasuhisa Kohyama’s work largely derives from the rich art tradition of his homeland. 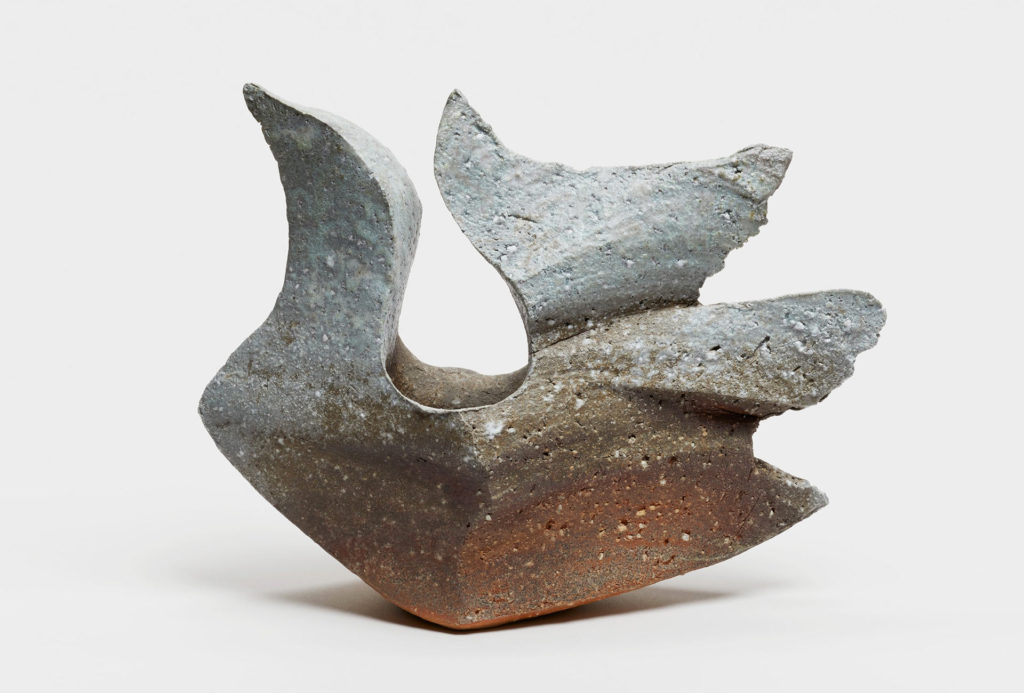 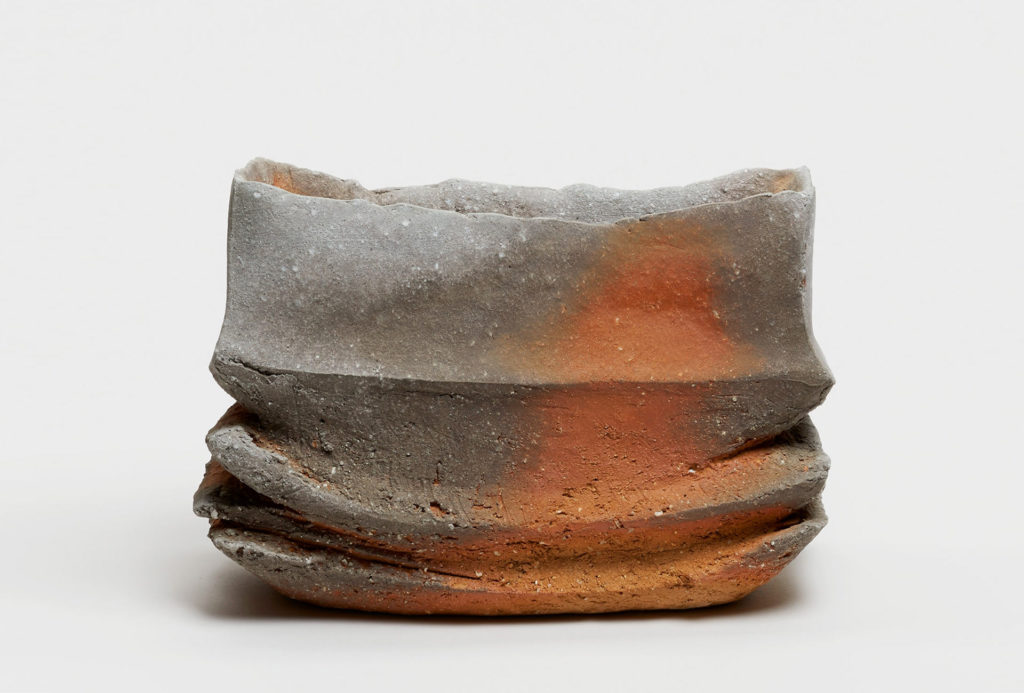 Deborah Klochko, director of the Museum of Photographic Arts in San Diego, suggests that the ceramist’s works should be evaluated “in comparison to monumental natural wonders such as Uluru in Australia or Antelope Canyon in the American Southwest.” Klochko adds that we feel connected to these places by the selfsame power and emotional resonance that we can experience in Kohyama’s ceramics. The heartbeat of the earth, she says, is palpably present in these artworks…. Klochko began her text on Yasuhisa Kohyama with a quote from the American mythologist Joseph Campell: “The goal of life is to make your heartbeat match the beat of the universe, to match your nature with Nature.” It is not only the natural colors of the ceramics themselves and their sculptural forms, partly created by cutting and scraping, that support such poetic interpretations. Rock monuments, shaped by wind and weather, or the play of blazing flames are also alluded to in the names, e.g. “Kaze” [“Wind”] or “Homura” [“Flame”], which this artist has given to his series of vase objects. Yasuhisa Kohyama gave the names “Danpen” [“Fragment”] and “Suemono” [“Antique Ceramic”] to other vessels reminiscent of the tradition of the Momoyama period (1573-1615).

Chiyoko Tanaka first earned international fame for her “Grinded Fabric” series in 1984. To “grind” her hand-woven fabric, she spreads it on the floor and rubs its surface with a stone or brick. Through the process of grinding and rubbing, Chiyoko Tanaka symbolizes the passage of time, while the fabric absorbs the texture of the earth with every movement. At the same time, the fabric is worn away by the grinding, exposing the warp that had been hidden by the weft. Takeo Uchiyama, director of the National Museum of Modern Art in Kyoto, comments on this process: “Tanaka’s work reveals the essence of reality, which is all too often obscured by mundane illusions.” 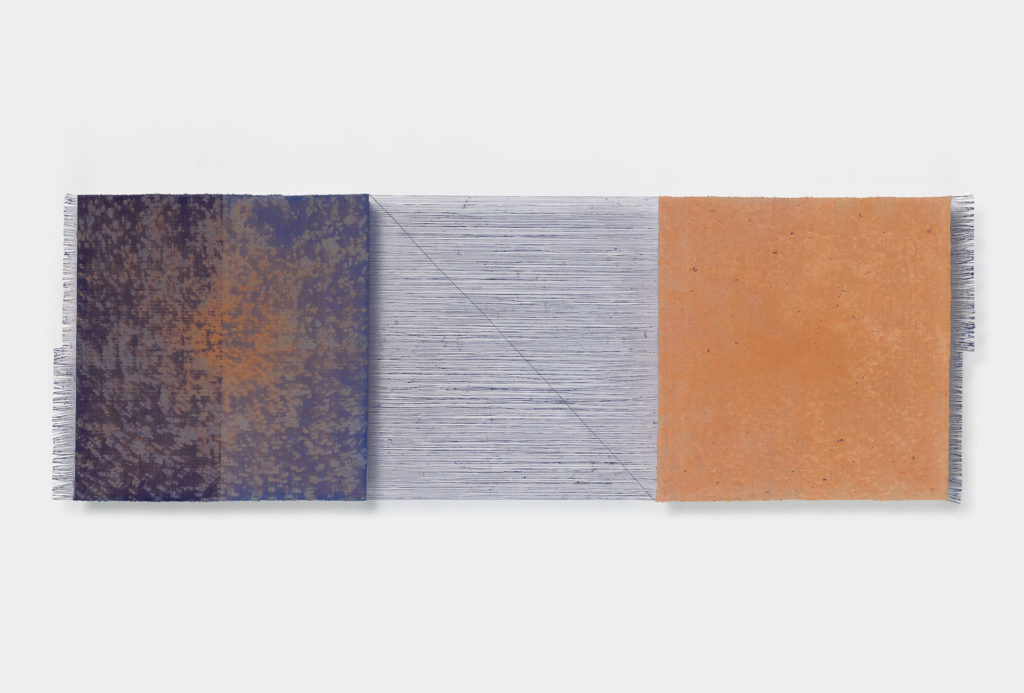 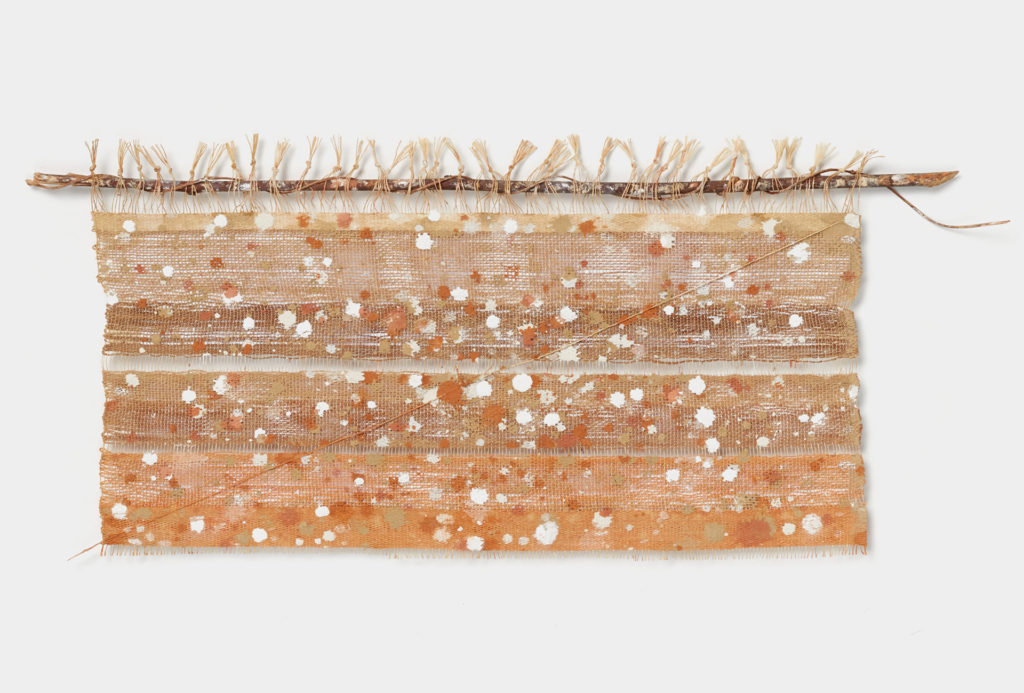 A few years later in her “Permeated Black Series,” Chiyoko Tanaka wound threads around a cylinder and then dyed them so the outer threads acquired a darker tone than the inner ones. With unevenly dyed threads as its weft, the woven textile shows subtle gradations of black. The interplay of dyeing and weaving is another example of the passage of time in the oeuvre of this artist, who lives and works in Kyoto. According to Takeo Uchiyama, her work too is influenced by the surroundings of Japan’s former capital city: “In her work, I often see a view of old buildings, for instance, a room for tea ceremonies.” Tanaka’s intimate relationship to nature has imbued her with an awareness of its tempo, which forms the basis of her work. Especially in today’s fast-paced era, it can be enormously enriching to allow oneself to become immersed in nature and natural time.