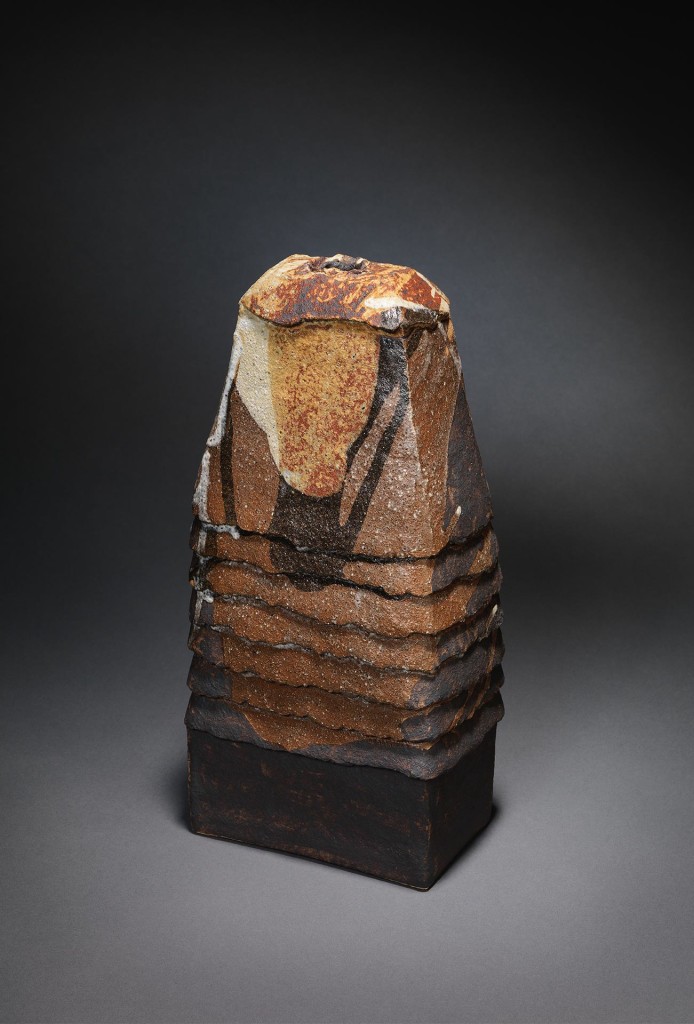 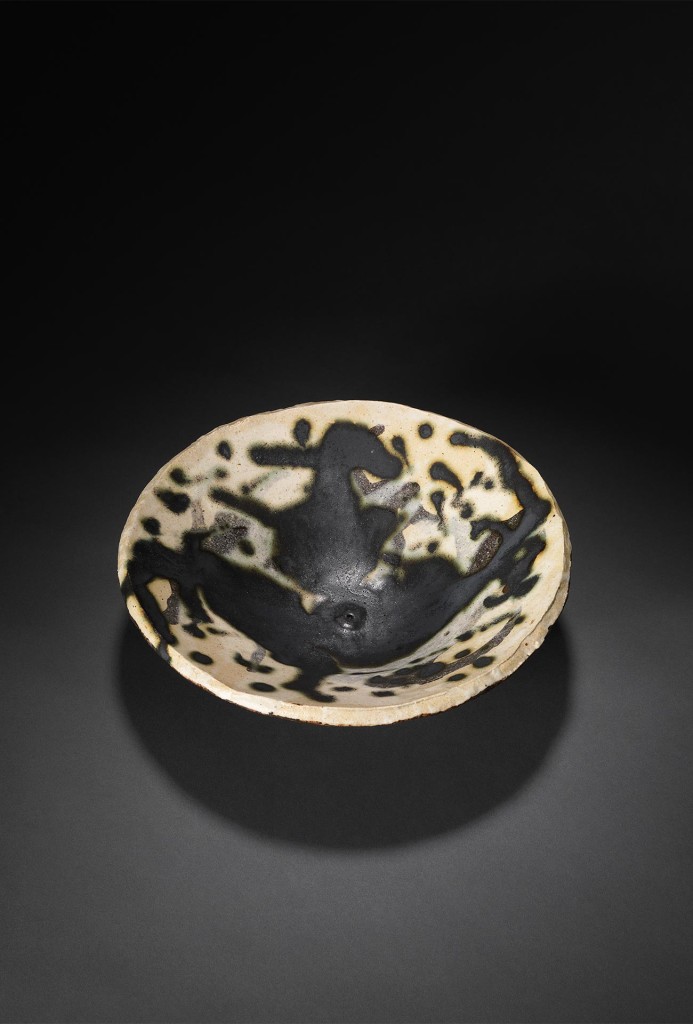 Lotte Reimers, who was born in Hamburg in 1932, epitomizes virtues that distinguish any exceptional personality. This ceramist is humble and quiet, yet at the same time fully aware of her extraordinary status as an artist. “It’s too bad that we all have to leave this world eventually … but I’m grateful and happy for having been able to create ceramics for more than 50 years now,” are her introductory remarks in the catalog that was published to accompany this exhibition and which she refers to as “an illustrated broadsheet from the year 2014”. Let’s hope that this “eventually” still takes a long time in coming, because the new vessels Reimers created in 2014 – fifty altogether – are not only a feast for the beholder’s eye, but also an eminently valuable contribution to contemporary ceramics, especially in Germany. 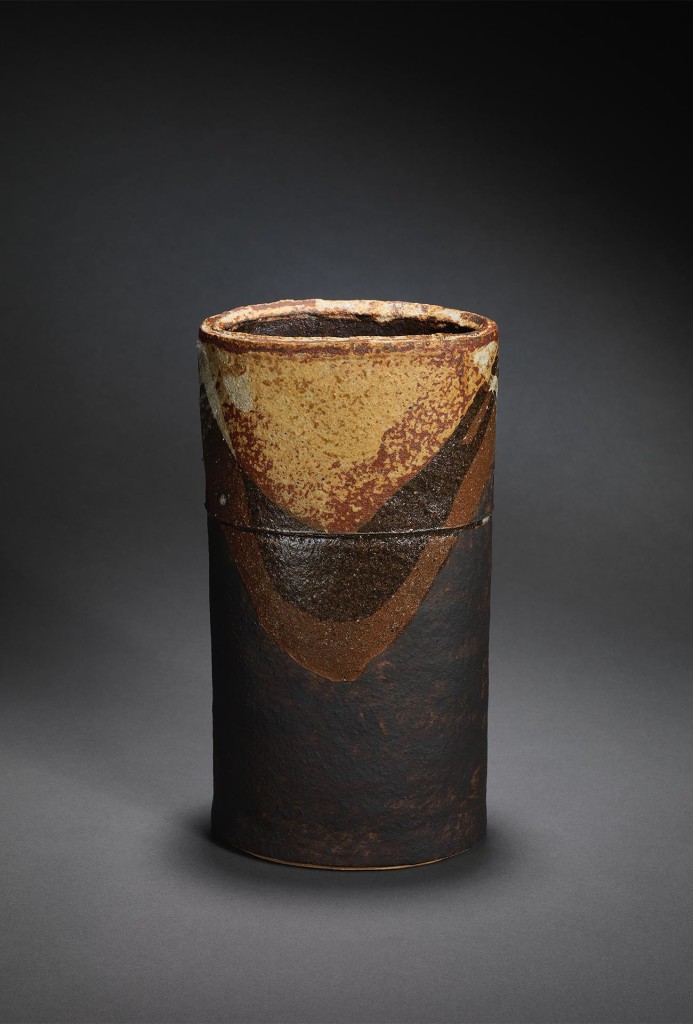 Tall open form on oval base

Tall open form on oval base 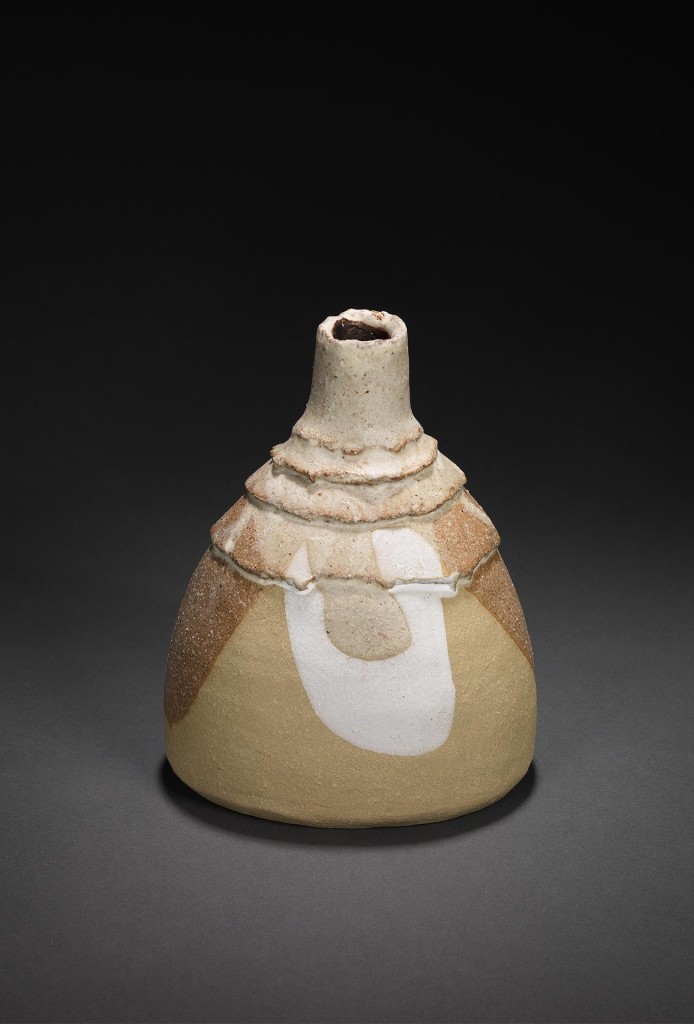 Narrow-necked form on oval base 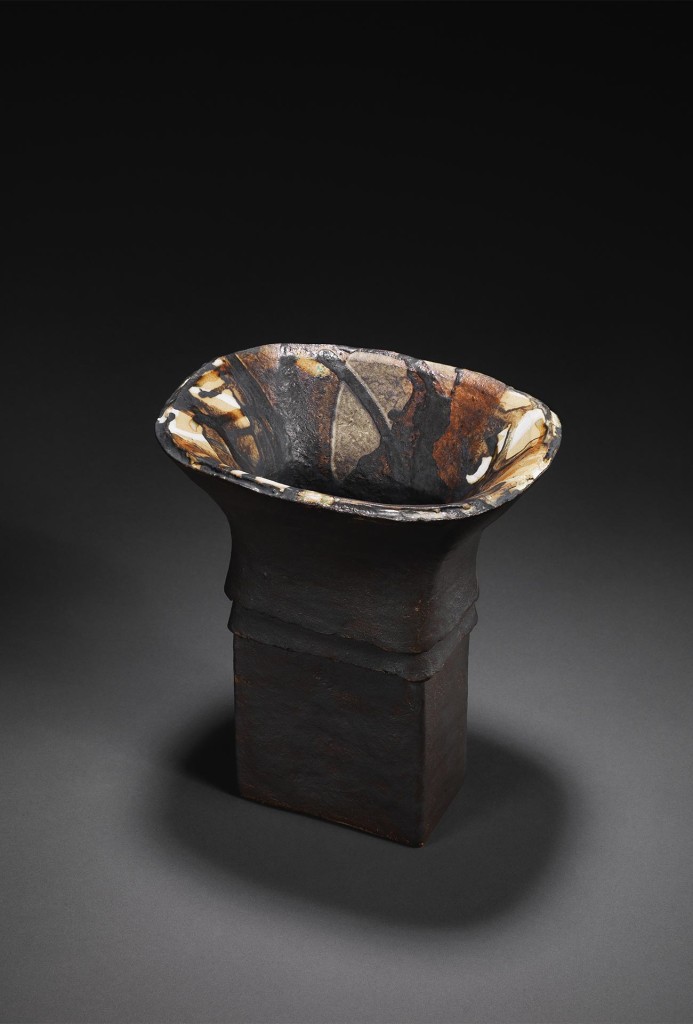 Bell-shaped form on rectangular base

Nevertheless, most of these creations look familiar when compared to her previous oeuvre. Their shapes: not thrown on the wheel but molded by hand; symmetrical, heavy, and with stepped outlines; some opening up towards the top, others featuring a narrow opening with irregular edges, and yet others with tubular protrusions like termite mounds. Or their glazes: in earthy green, brown and ochre hues that either overlap or sharply intersect, or form gently flowing transitions. All these are well-known features, just like the dotted surfaces that bridge the gap to the Aborigines in Australia, whose paintings Reimers has collected. This ceramist, who lives in the wine town of Deidesheim, is not really into radical disjunctions, but much rather into continuity – which is not untypical for her genre. Nonetheless, her oeuvre testifies to perfectly perceptible changes and developments. They’re not easy to describe in detail, because they’re related to an inherently subconscious emotion that can perhaps be expressed using words like harmony, potency or timeless validity. If we look at post-War paintings, the only ones I know that radiate such an archaic intensity are those by Emil Schumacher (1912–1999), the renowned representative of Art Informel.