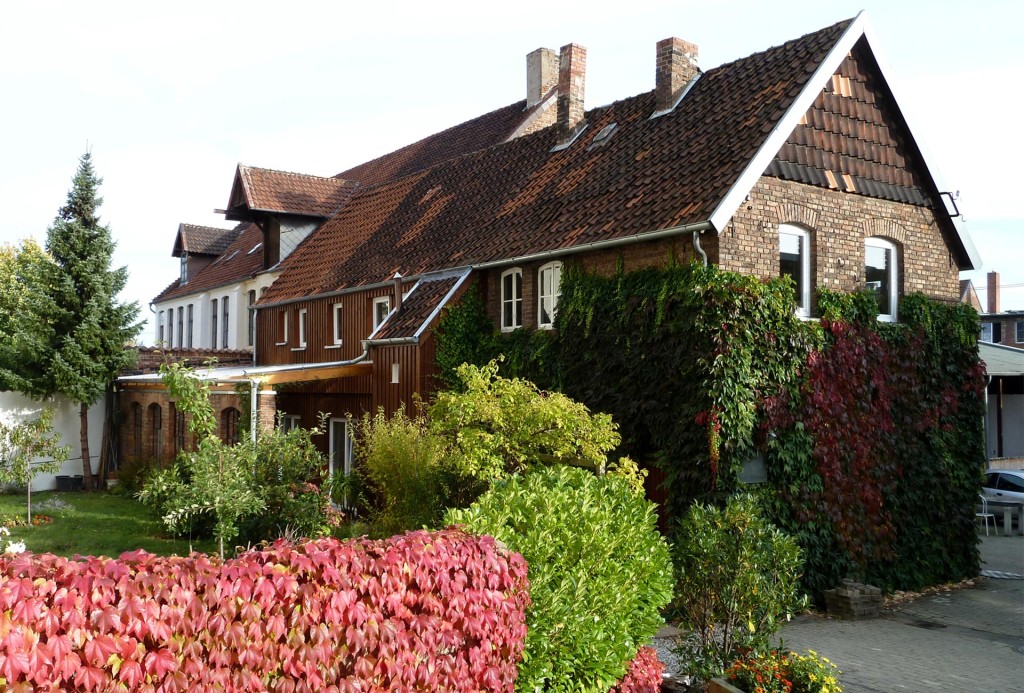 The studio at Heinrichstrasse 26 in Hildesheim has been the realm of the goldsmith Kathrin Sättele for 20 years now. 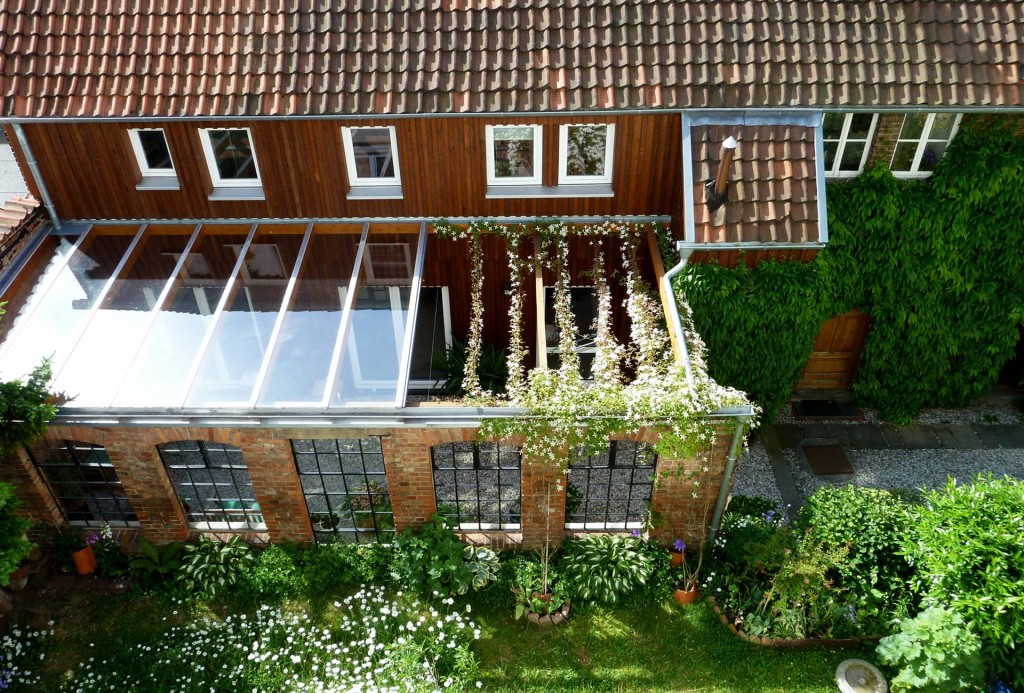 Several modifications and extensions have transformed the former joiner’s workshop into a jewelry studio. 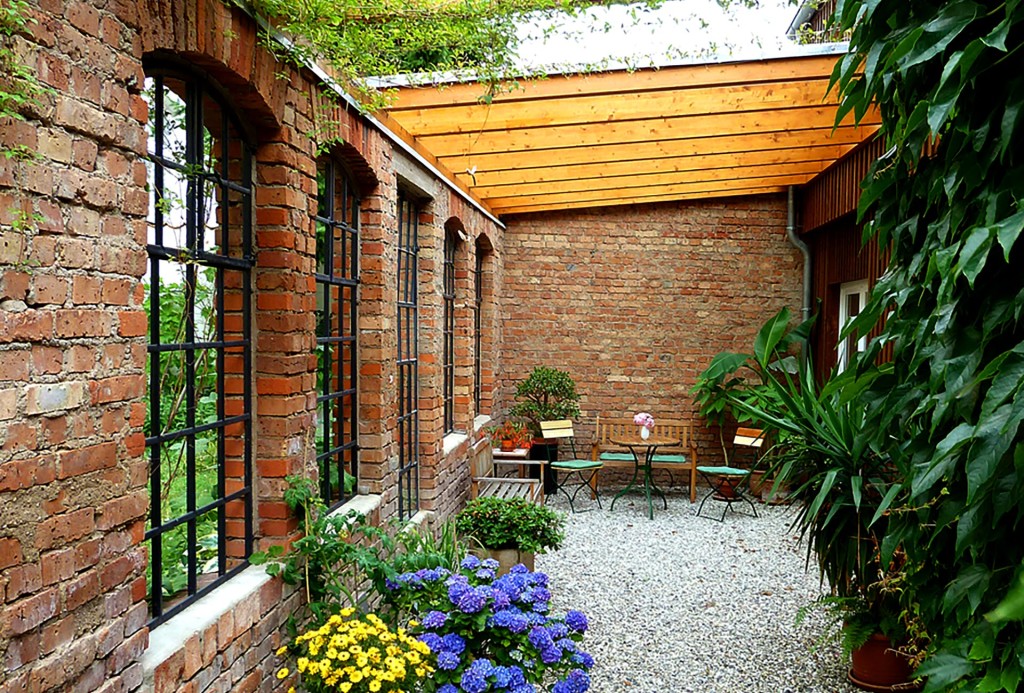 Nature and metalworking art in dialog: the charming studio with a partially roofed backyard.

When Kathrin Sättele, who was born in 1967, creates her jewelry, everything revolves around the hammering process. And her native city of Hildesheim is the pivotal point of her life. After she had trained as a goldsmith from 1986 to 1990, she studied at Hildesheim’s University of Applied Sciences and Arts, graduated in 1998 and has been working freelance at Heinrichstrasse 26 ever since. And since back then – when Sättele hadn’t finished her studies yet – she has set up a respectable studio-cum-exhibition room in the former joiner’s workshop, which she at first shared with up to 18 fellow students. Unfortunately, she doesn’t own the property, this goldsmith regrets, “But I always act as if I do. And usually, my landlord likes my ideas for modification and supports me or just lets me do my thing.” 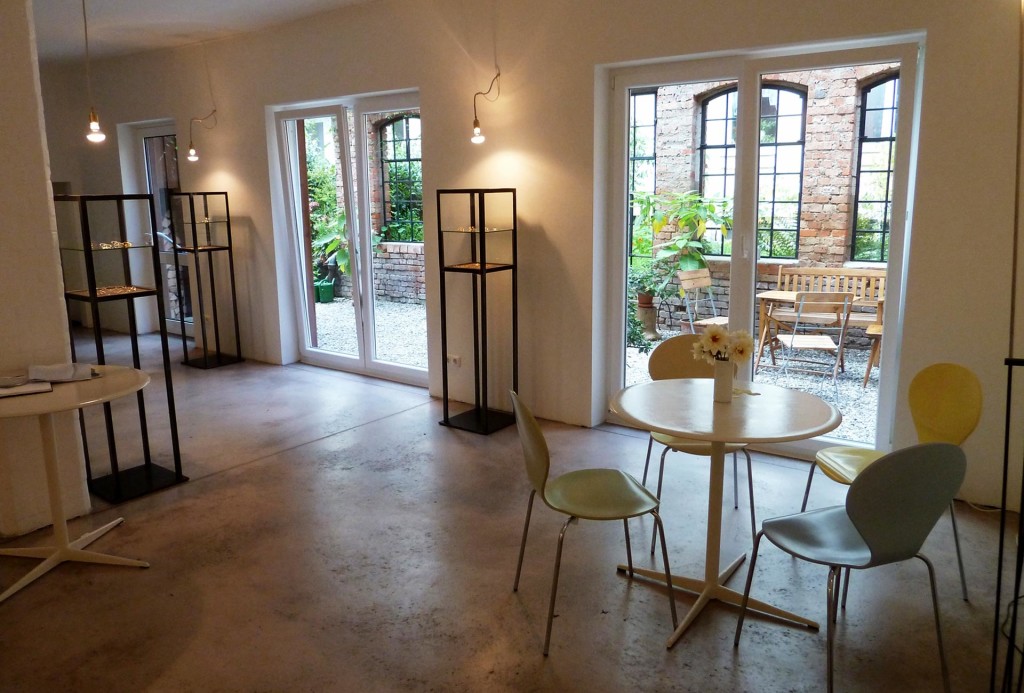 Kathrin Sättele’s gallery space: starting on September 6, artistically crafted creations can be admired here within the context of the What Are We Doing Here?! exhibition series. 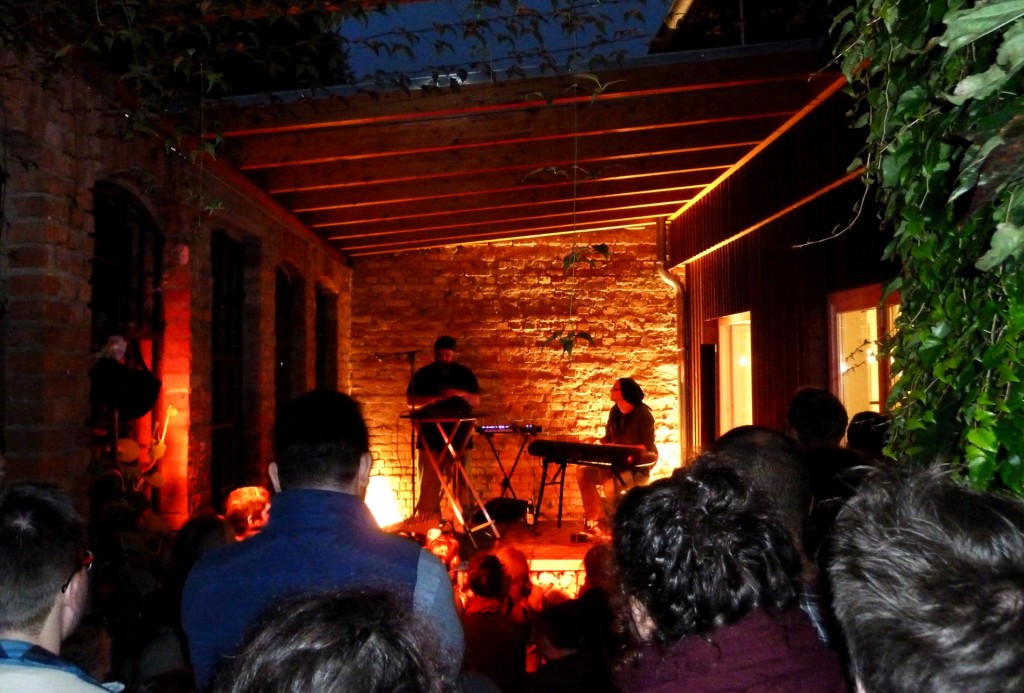 Kathrin Sättele’s studio will not only be showcasing artistically crafted objects, but also serve as a venue for musical events and literary readings.

In September 2014, Kathrin Sättele participated for the first time in the event entitled Hinten im Hof (In the Backyard), for which ten other participants also opened their doors to the public. For Sättele, this had been the incentive to finally finish the exhibition room, where she also wants to present small yet exquisite exhibitions in the future. “Despite this location, i.e. in the Hildesheim’s northern district, I believe in the concept of holding exciting temporary exhibitions, literary readings, and the like.” 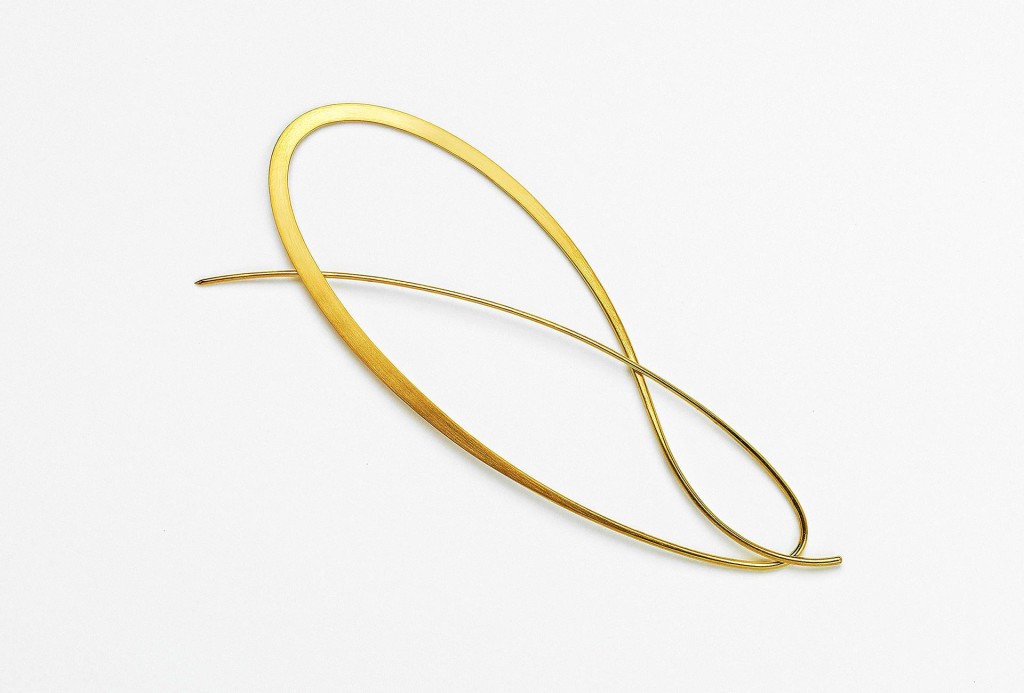 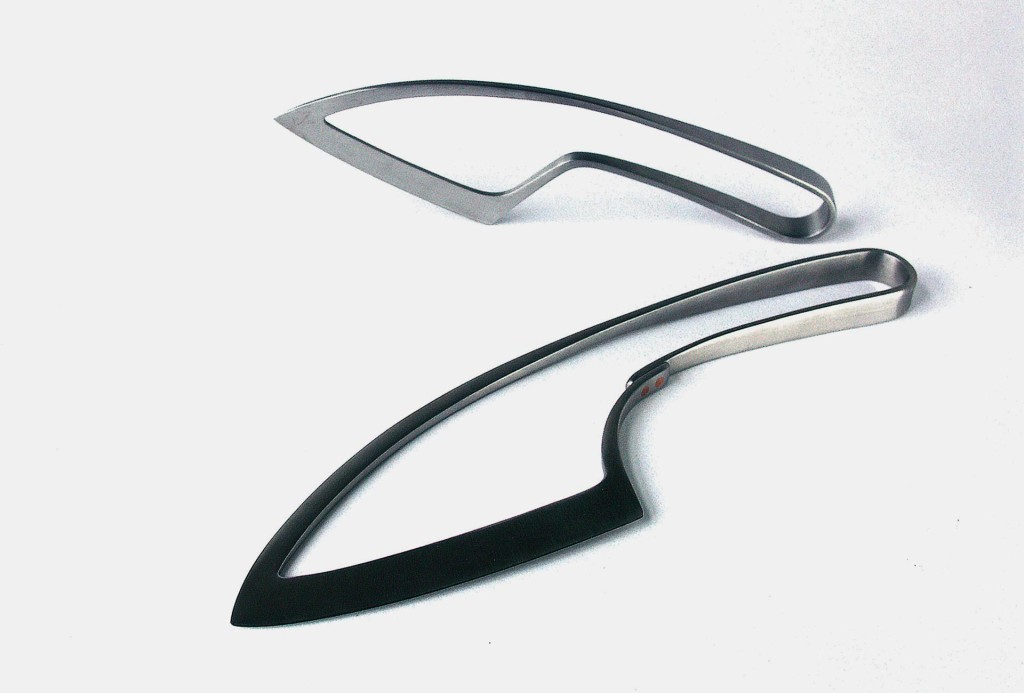 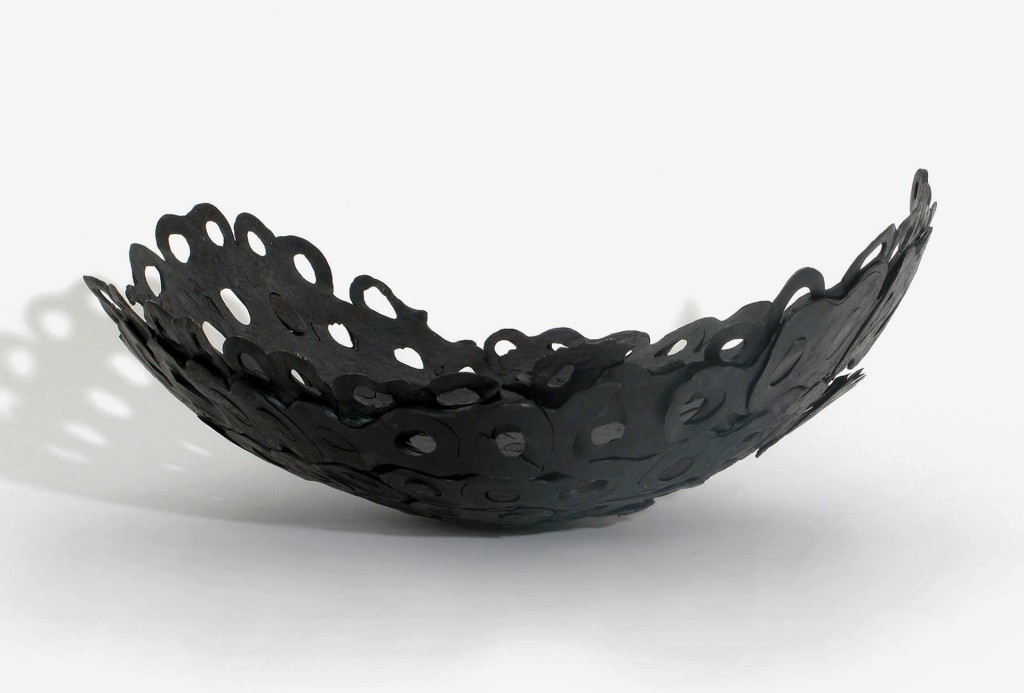 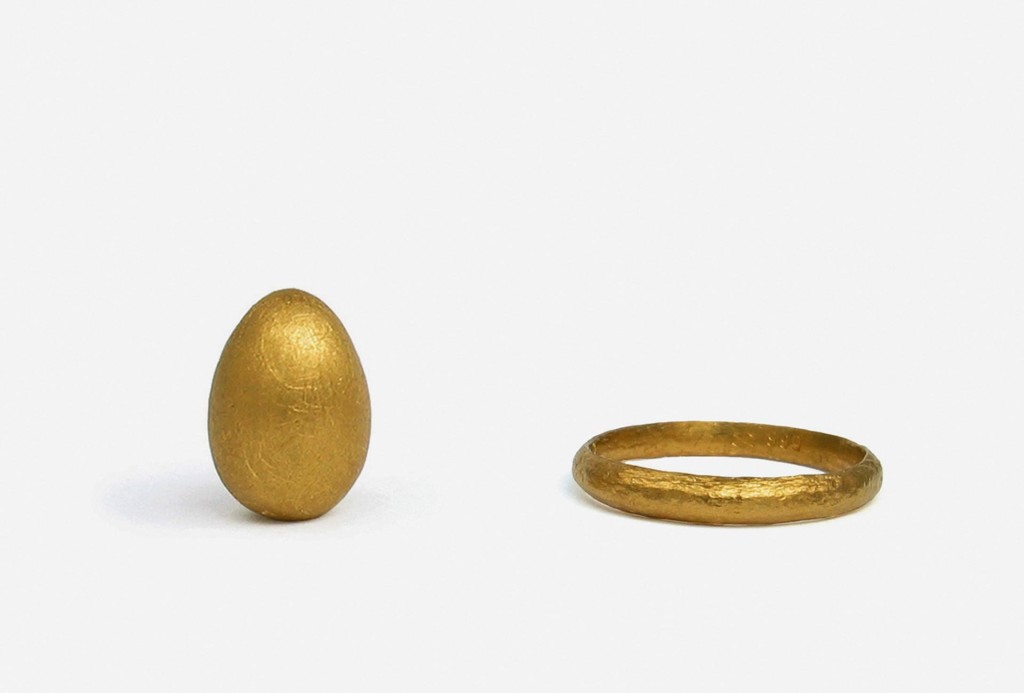 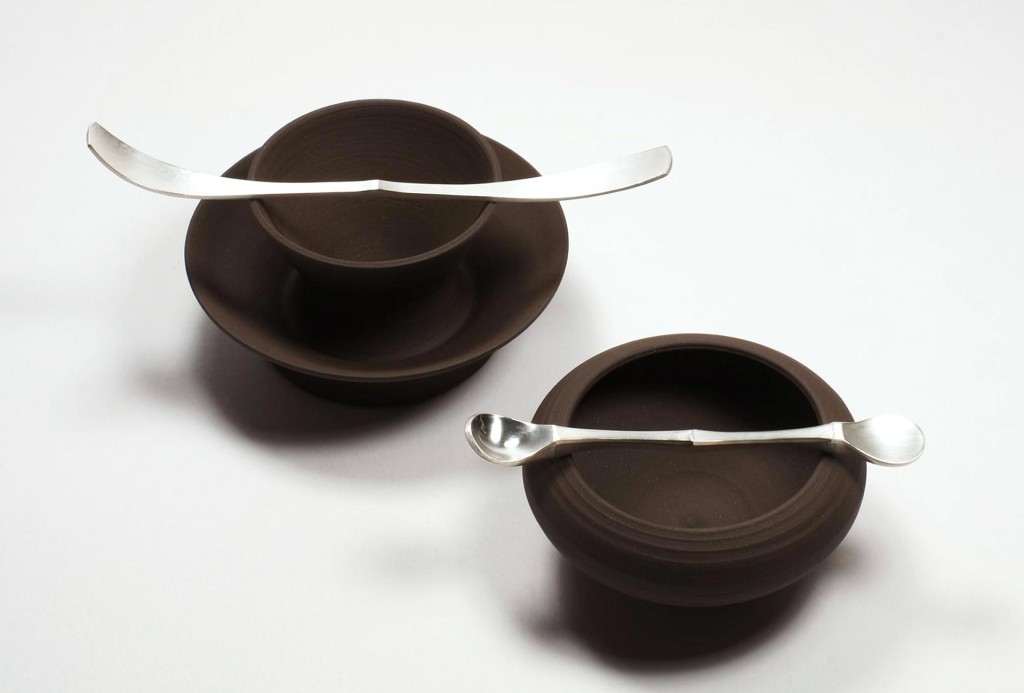 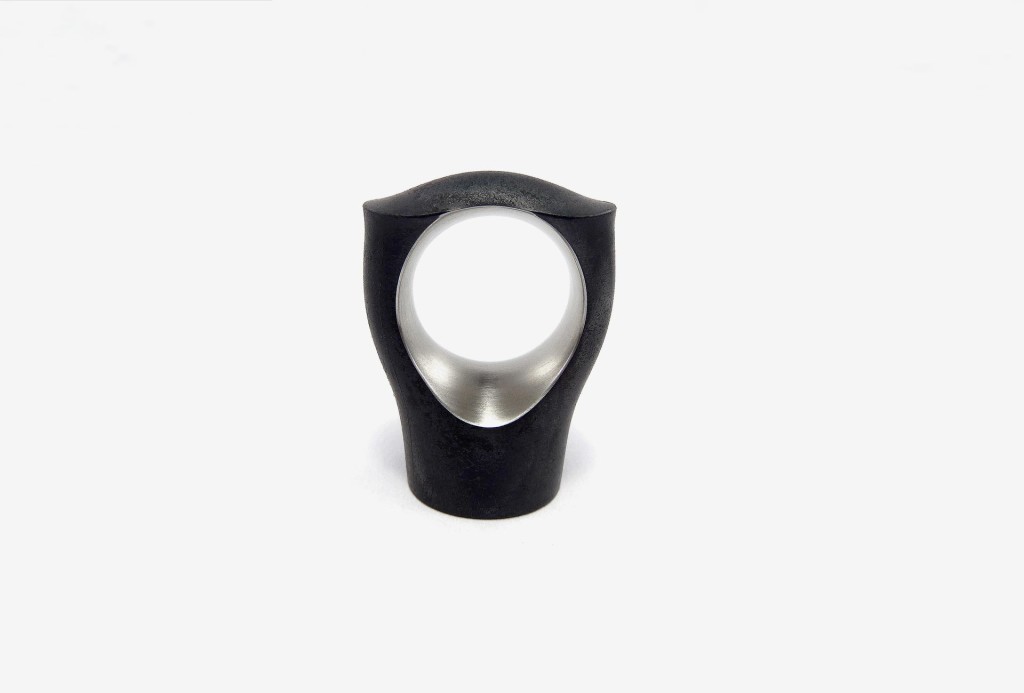 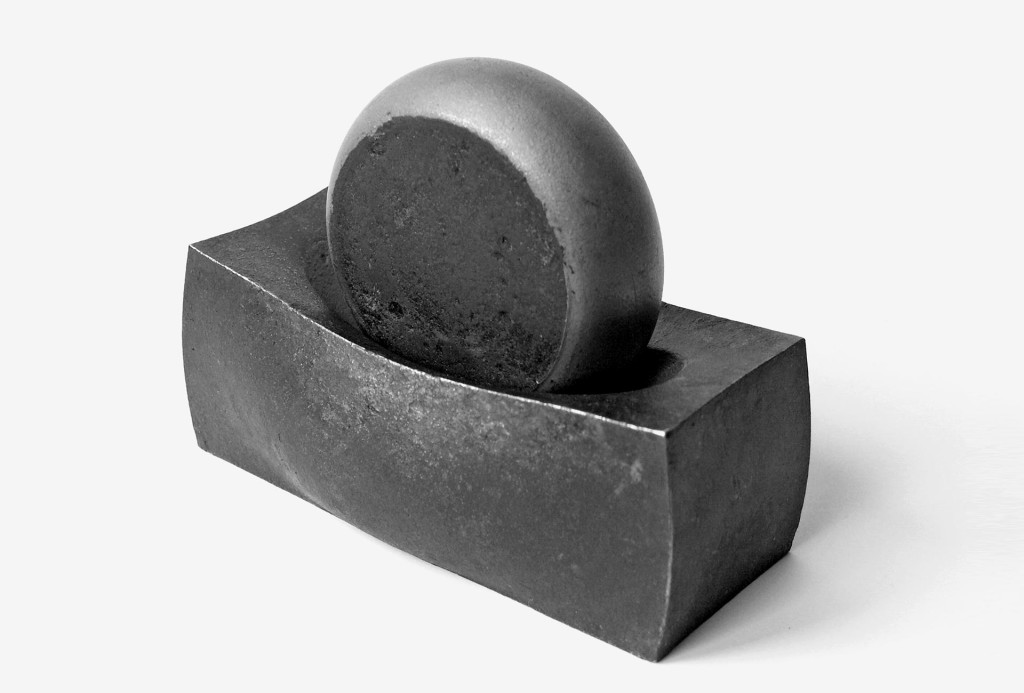 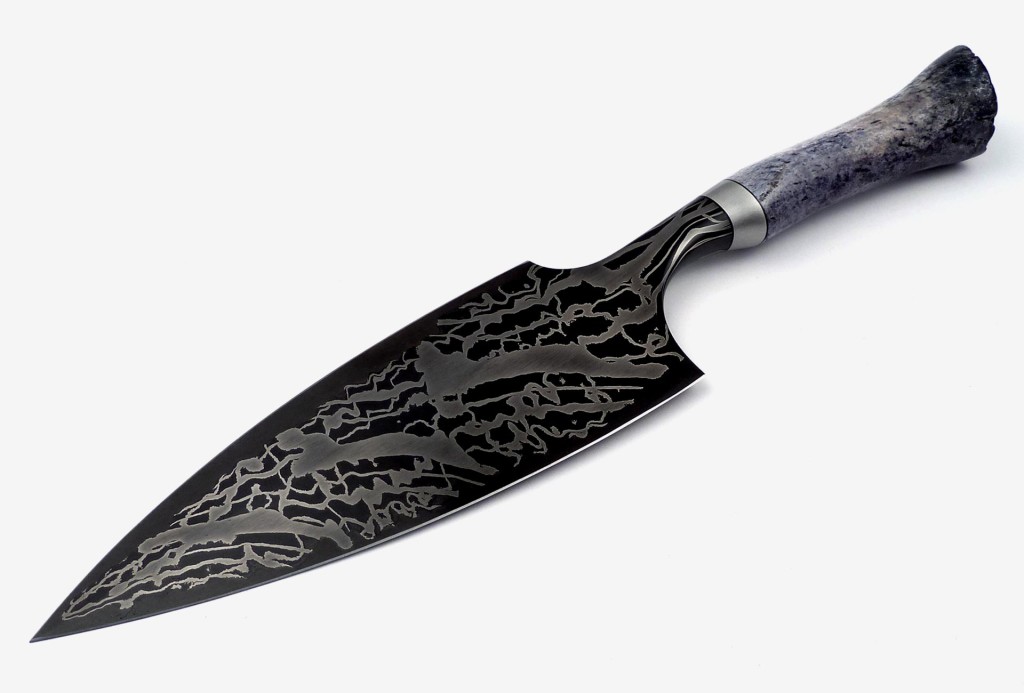 This year, the city of Hildesheim is celebrating its 1200th anniversary, in which the Artistic Crafts Hildesheim-South Lower Saxony working group is also involved. Every month since April, another atelier has invited the public onto its premises under the heading of What Are We Doing Here?! In September, it’s Kathrin Sättele’s turn. She has also invited guests to illustrate the keynote theme of hammering as a primeval process for creating contemporary jewelry, utensils, vessels and objects. The guests are Aliki Apoussidou, Jannik Löffler, Antje Dienstbir, Andreas Rimkus, Hendrik Hinrichs, Lars Junker, Hiawatha Seiffert, Sophie Kloess, Danuta Uhlig, Gunther Löbach and Nicole Walger. The highlights will also include the film Der flammende Baum (The Tree Ablaze) by Andreas Rimkus, about the creation of a Work of Art for Generations, crafted at the Buderus Edelstahl plant.