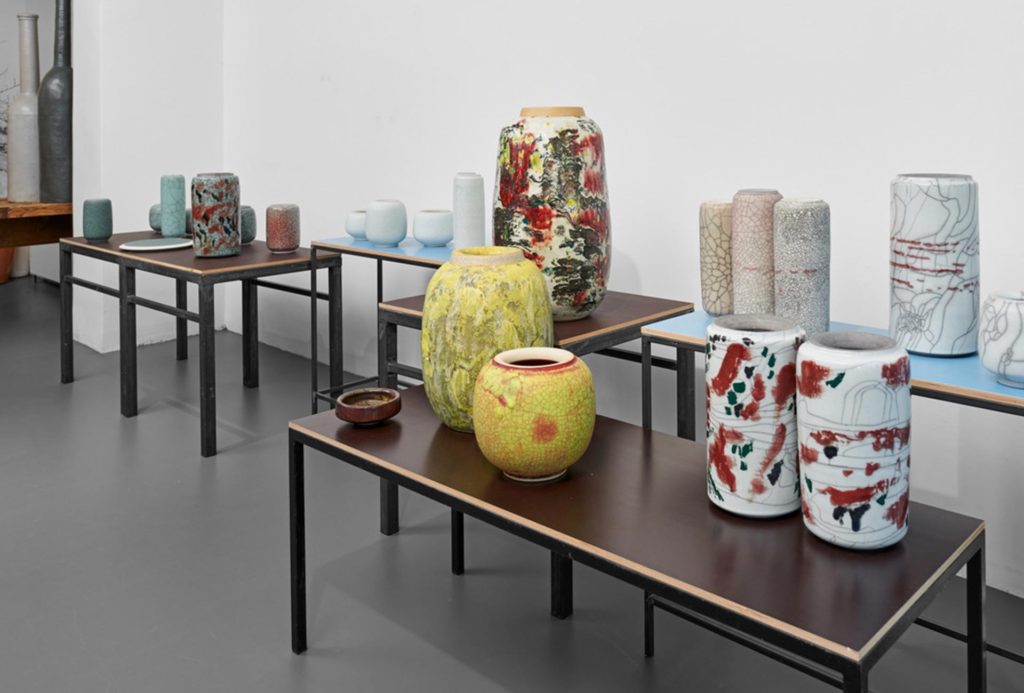 Such an imaginative and high-quality juxtaposition of art and flowers is rare and perhaps even globally unique. After twelve years of enhancing the image of Torstrasse between the Mitte and Prenzlauer Berg districts in Berlin, Brutto Gusto has been delighting a new clientele in Charlottenburg since the beginning of 2021. The path to the gallery’s new venue is somewhat longer now, but this doesn’t dissuade people who want to purchase internationally sophisticated ceramic or glass art in Berlin. Brutto Gusto’s much-acclaimed exhibition of works by the ceramicist Guido Sengle from Kassel achieved great success despite the pandemic: this show continues until March 19. It will be followed soon afterwards by “Made in Germany – Ceramics from Germany.” In the following paragraphs, Walter Lokau introduces the participating artists.

The creations come from three ateliers, all are the work of members of the same generation, and they include pieces by Heidi Kippenberg (*1941), Barbara Stehr (*1936) and Hans (1935-2021) & Renate (*1937) Heckmann. Each of these ceramists has won numerous awards and is a protagonist of so-called strong ceramics. This no-frills trend sharply contrasted with the artisanal and often dainty studio ceramics that were crafted in Germany in the 1960s, ’70s and ’80s. Strong ceramic celebrates the sheer materiality of ceramic. Although all of the exhibiting artists belong to the same generation, they come from different schools, which influenced their forms, at least in their earlier work, because ceramics is taught and learned less by the eyes than by the hands. 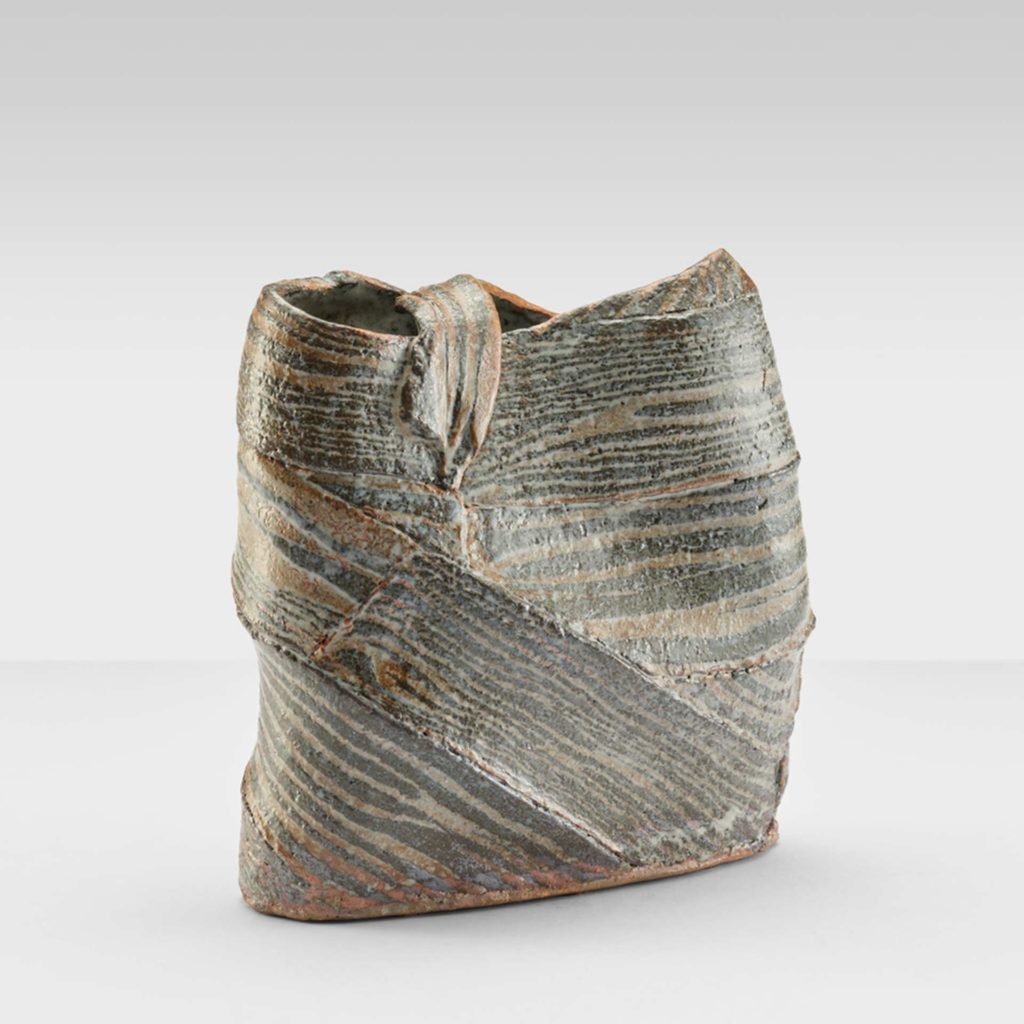 Heidi Kippenberg studied in Walter Popp’s class at the Kunsthochschule Kassel, where she was introduced to the unimagined freedoms of twisted and mounted forms and to Informalist-inspired glaze painting. She subsequently broke away from the once-provocative aesthetic of her mentor’s vessels and found her way to modeled, assembled, block-like vessels with structures in relief. 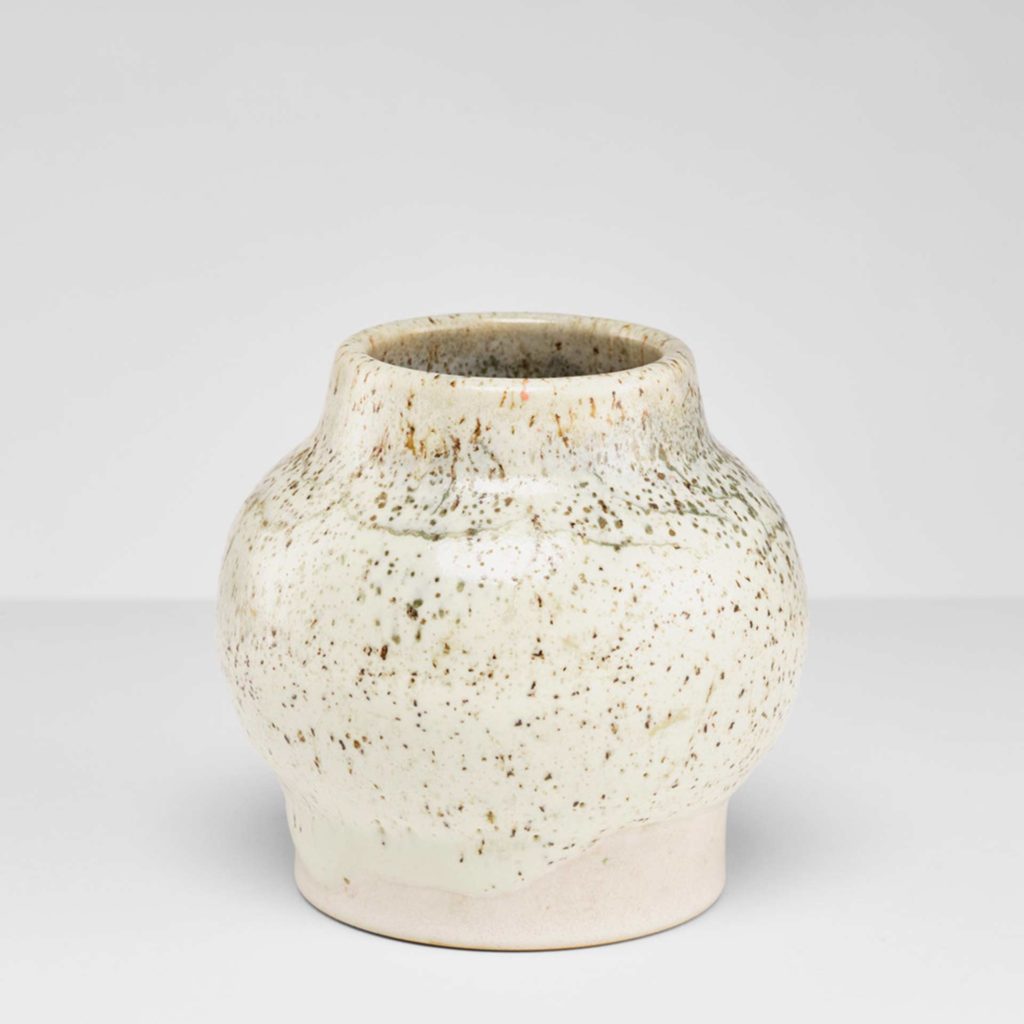 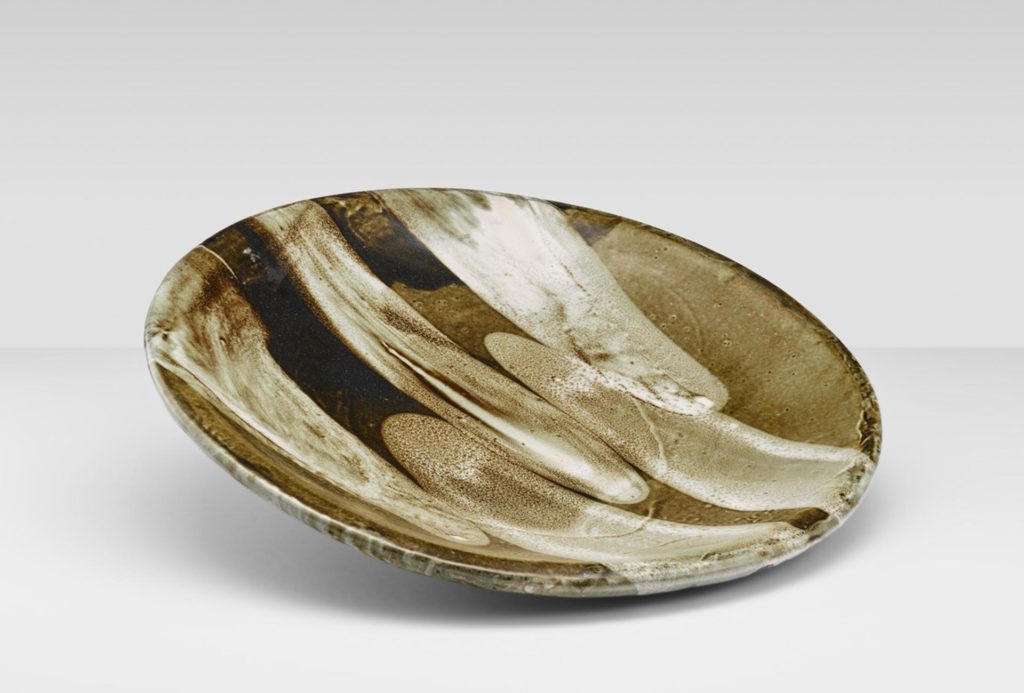 Ceramics by Barbara Stehr, 5 x 51 cm. To be seen in the exhibition Made in Germany © Brutto Gusto.

Barbara Stehr was a student in Jan Bontjes van Beek’s class of at the Hamburg University of Applied Sciences. She adopted her teacher’s austerely turned, subtly simple vessel ceramics, but transformed them by giving them gently swelling forms and less sharply structured silhouettes. Stehr too developed modeled vessel sculptures and built flattened, organically edgeless, boxlike forms on which opaque layered glazes merge like matte icing to take on a life of their own as gesturally guided, shaken-dripped painting on wall plates and KerAion plates. 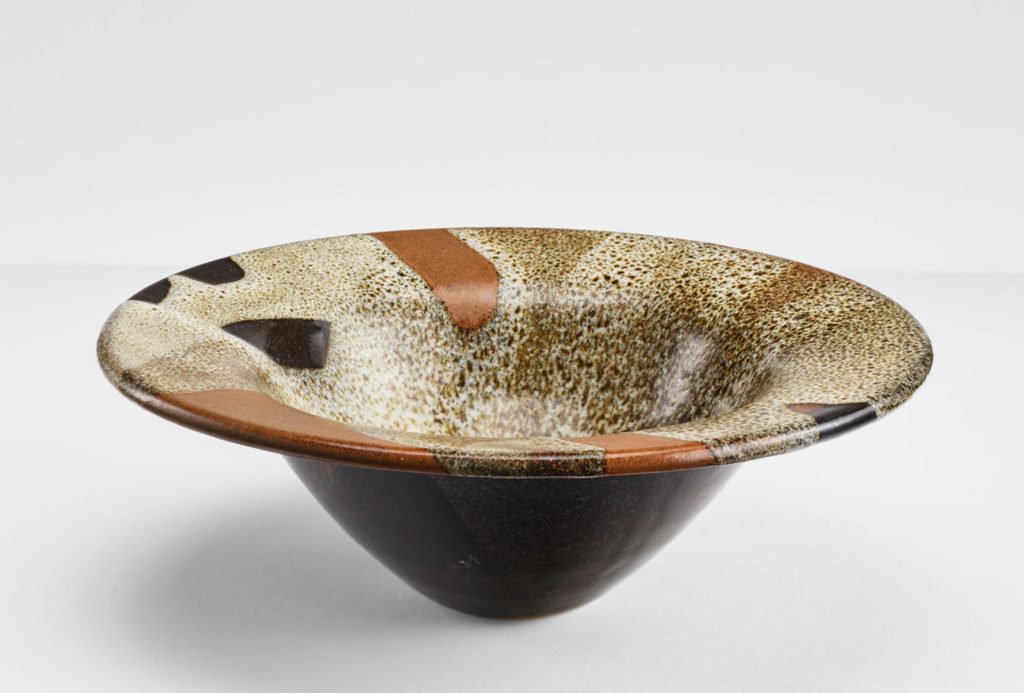 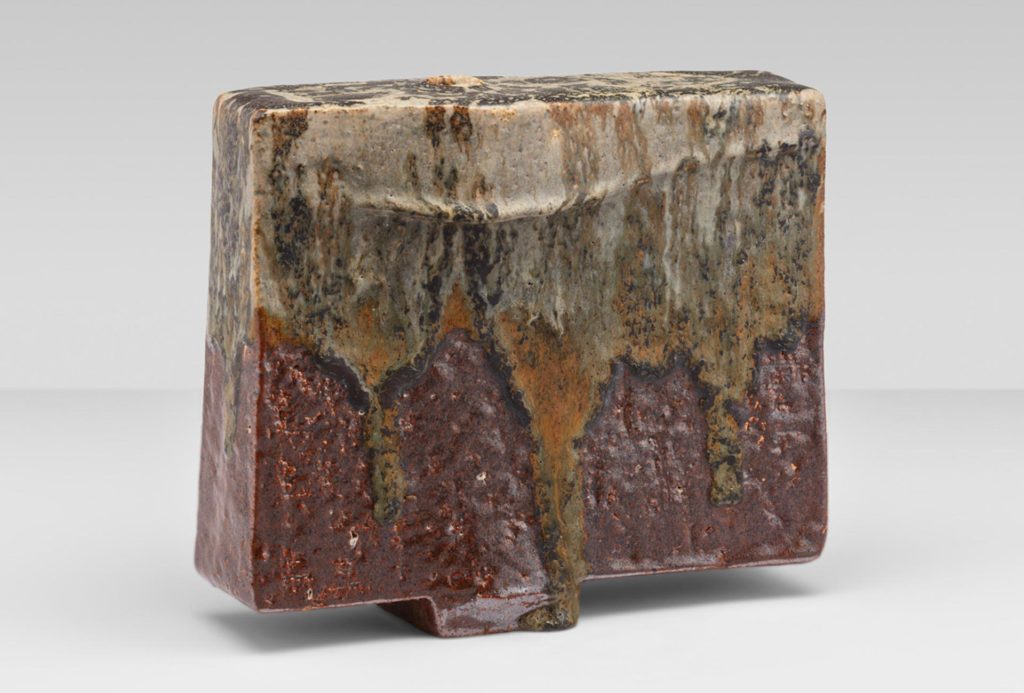 Hans and Renate Heckmann studied in Hubert Griemert’s handicrafts class at the technical school in Höhr. They also always created tableware in series at their workshop in Schwäbisch Hall. Congealing drops of thickly applied glaze drippled down one-of-a-kind turned pieces. Especially Renate Heckmann transcended traditionalism to create freely and roughly modeled, asymmetrical vessels from strongly heat-resistant clay. As if it were doused with colored sauces, these pieces celebrate the raw materiality of the ceramic substance per se. Walter Lokau