For half a century, the IHM’s special show Exempla, which takes place in Hall B1 this year, has featured designers demonstrating their skills in live workshop settings. Eight countries are represented in 2020: India, Japan, Norway, Great Britain, Germany, Italy, Czech Republic and the USA. Twenty successful themes will be on display in Munich for the upcoming 50th anniversary show. 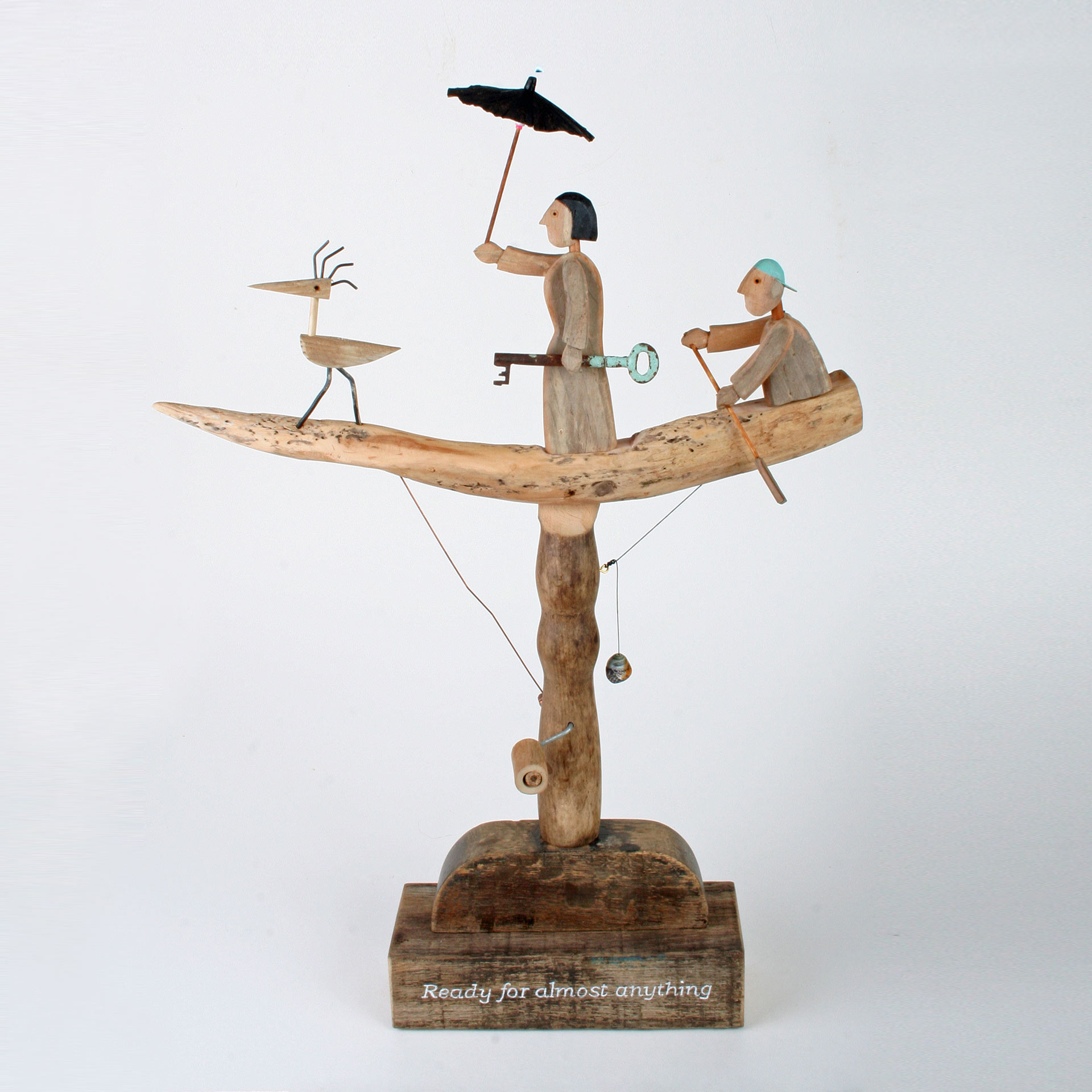 This work by Robert Race is called “Ready for Almost Anything”. The British toy maker crafts kinetic sculptures from driftwood in his workshop in Bradford on Avon. 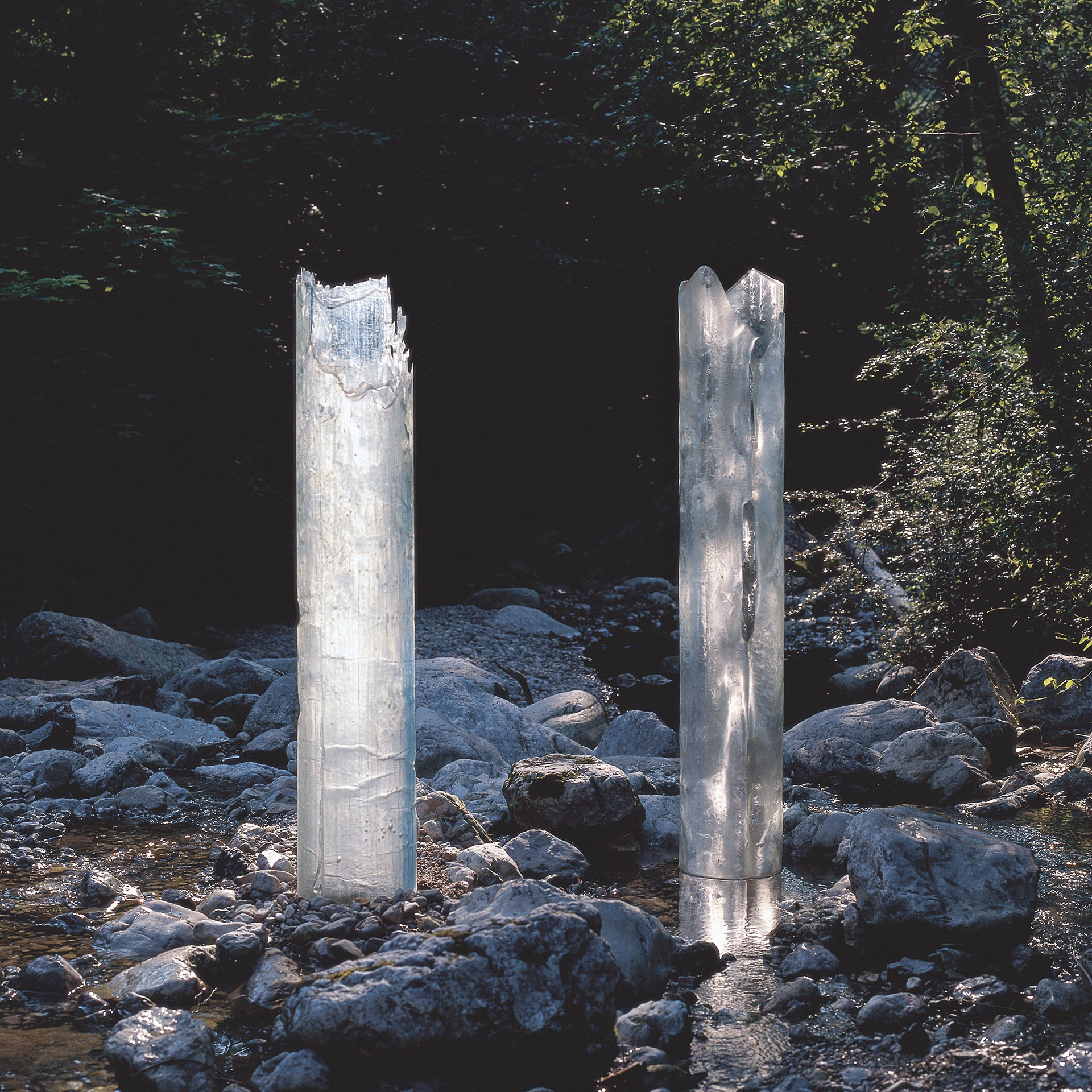 Every year, the living workshops of Exempla are a crowd puller. Säulen im Bachbett [Pillars in the stream bed], 1988/89. A work by the glass artist Florian Lechner. Optical glass, melted. Photo: Bernhard Müller.

When the American Pete Nelsoner built a tree house for Exempla in 2003, he was assisted by the student Christopher Richter, who now builds his own tree houses. Both men will participate in Exempla in 2020. The glass artist Florian Lechner first took part in Exempla in 1977. Born in Munich, Lechner has worked with light, sound and movement since 1968 and uses the fusing technique. The British toy maker Robert Race crafts kinetic sculptures from driftwood in his workshop in Bradford on Avon. He was in Munich for the Exempla theme “World of Wood” in 2002. Stefano Marchetti from Padua participated in the “Universe of Metals” at Exempla in 2005. His jewelry is reminiscent of Byzantine and Renaissance works. Marchetti uses techniques such as shibuichi or mokumé-gane, which he has refined and developed over the last decade and a half. Sufiyan Khatri, a master dyer and model printer in the tenth generation, will come to Munich from India. The ceramist Thomas Löber-Buchmann from Halle works with porcelain engobe and transparent glaze. 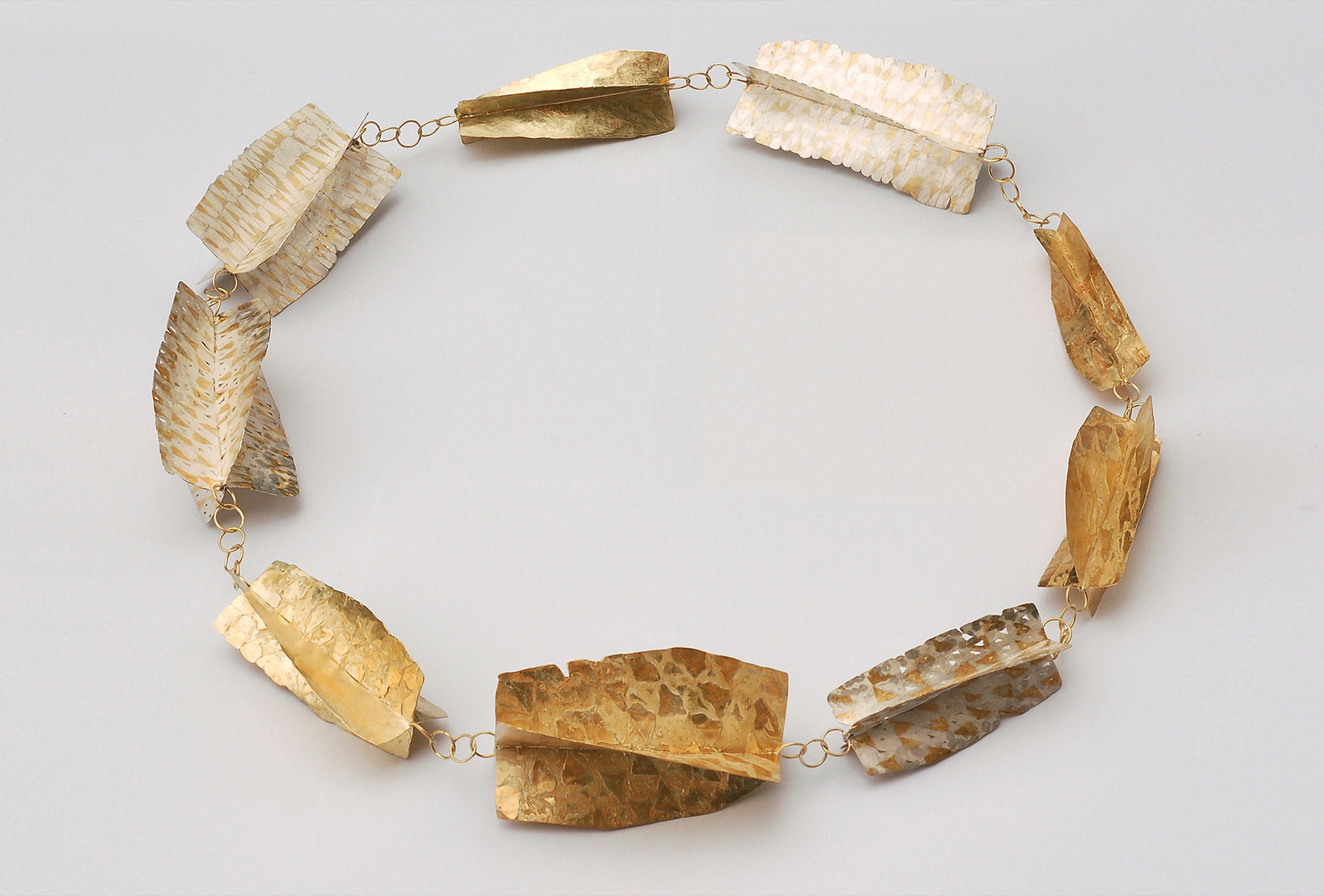 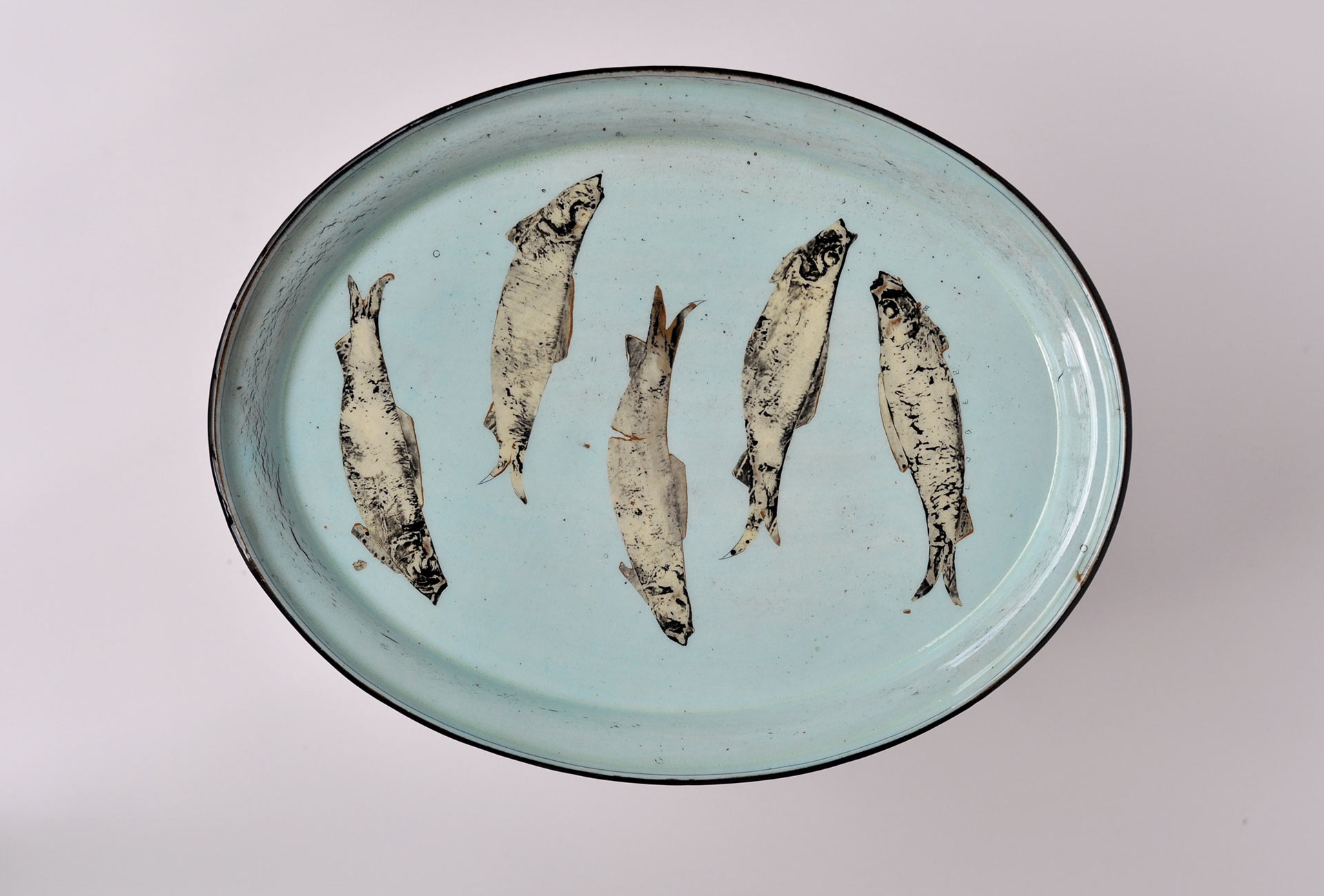 The ceramist Thomas Löber-Buchmann from Halle works with porcelain engobe and transparent glaze.

In addition to individual projects, Exempla also presents collaborative projects, e.g. the restoration of the façade of the Max-Liebling House, a designated architectural landmark in Tel Aviv. The exterior plaster of this Bauhaus building in the “White City” was completely renovated in 2019 by apprentice stucco plasterers from Baden-Württemberg in collaboration with Israeli architecture students. Visitors at Exempla can see how this special plaster is made. 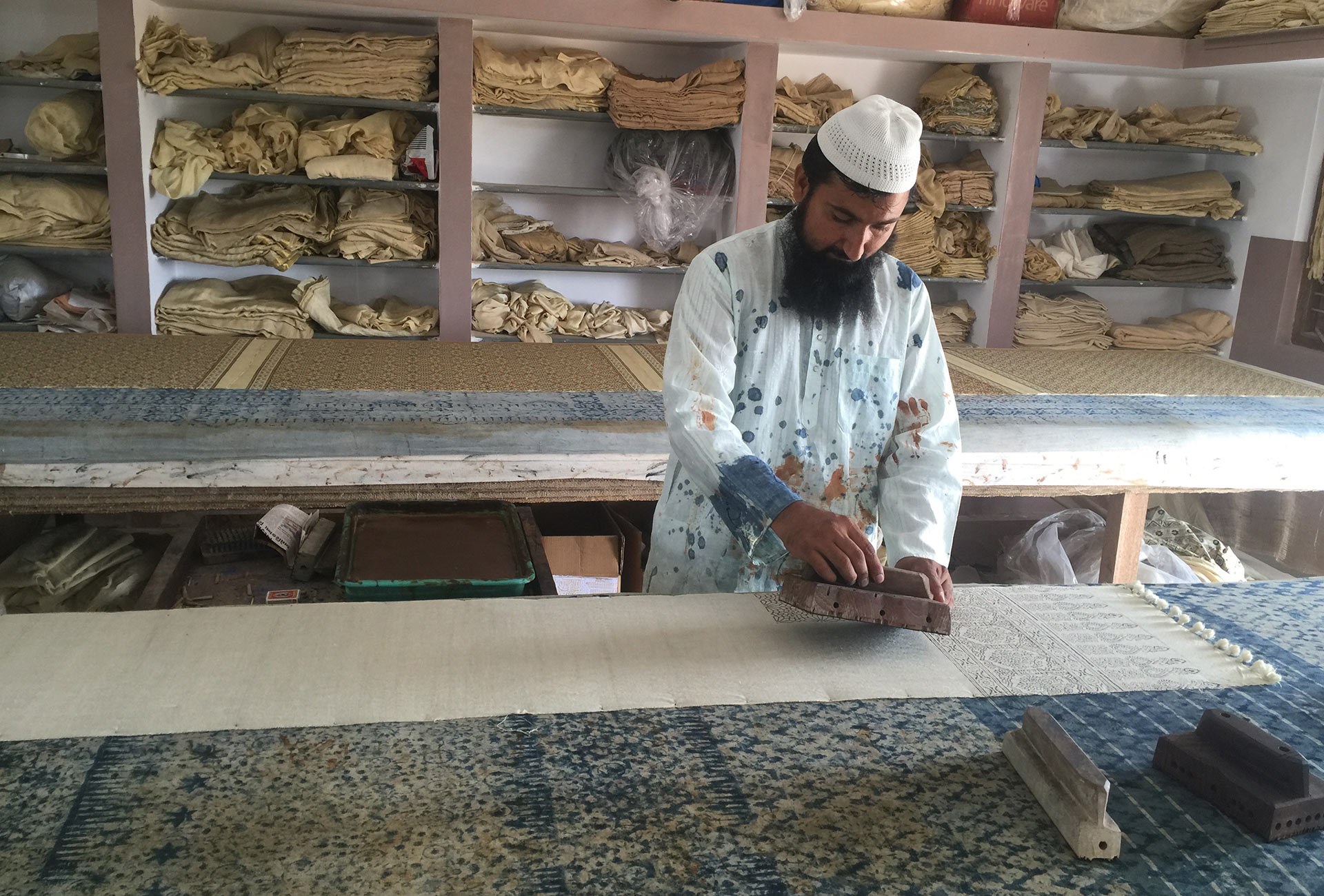 Sufiyan Khatri, a master dyer and model printer in the tenth generation, will come to Munich from India.