The unity of craftsmanship and art that had been proclaimed in the Bauhaus Manifesto was lost during the course of Modernism in the Western world, but this separation never occurred in Japan. Nonetheless, a few contemporary Western artists harmonize craftsmanship and spirituality, matter and spirit in an exemplary manner. The Swiss metalworker Andreas Caderas, who is passionately devoted to the arts of forging and working with metal, is a good example. Born in Basel in 1955, Caderas initially apprenticed as a goldsmith. At age 18, a Japanese sword sparked his interest in traditional Japanese metalworking and Japanese craftsmanship. He tirelessly deepened his expertise and further developed his techniques. For example, at the age of 43, he studied iron forging in Mühleberg, Switzerland.

In Eastern thought and especially in the traditional Japanese folk art Mingei, the truth and beauty of handcrafted artifacts emerge analogously to their counterparts in natural objects, i.e. their genesis is similar to the mysterious processes of nature. Andreas Caderas has oriented his work according to this attitude. In meditative tranquility and with the utmost precision, he uses a repeatedly practiced and internalized artisanal technique or intuitively allows his feelings to flow into an object, “from my innermost sensibility, unintentionally and uncensored” as he says. 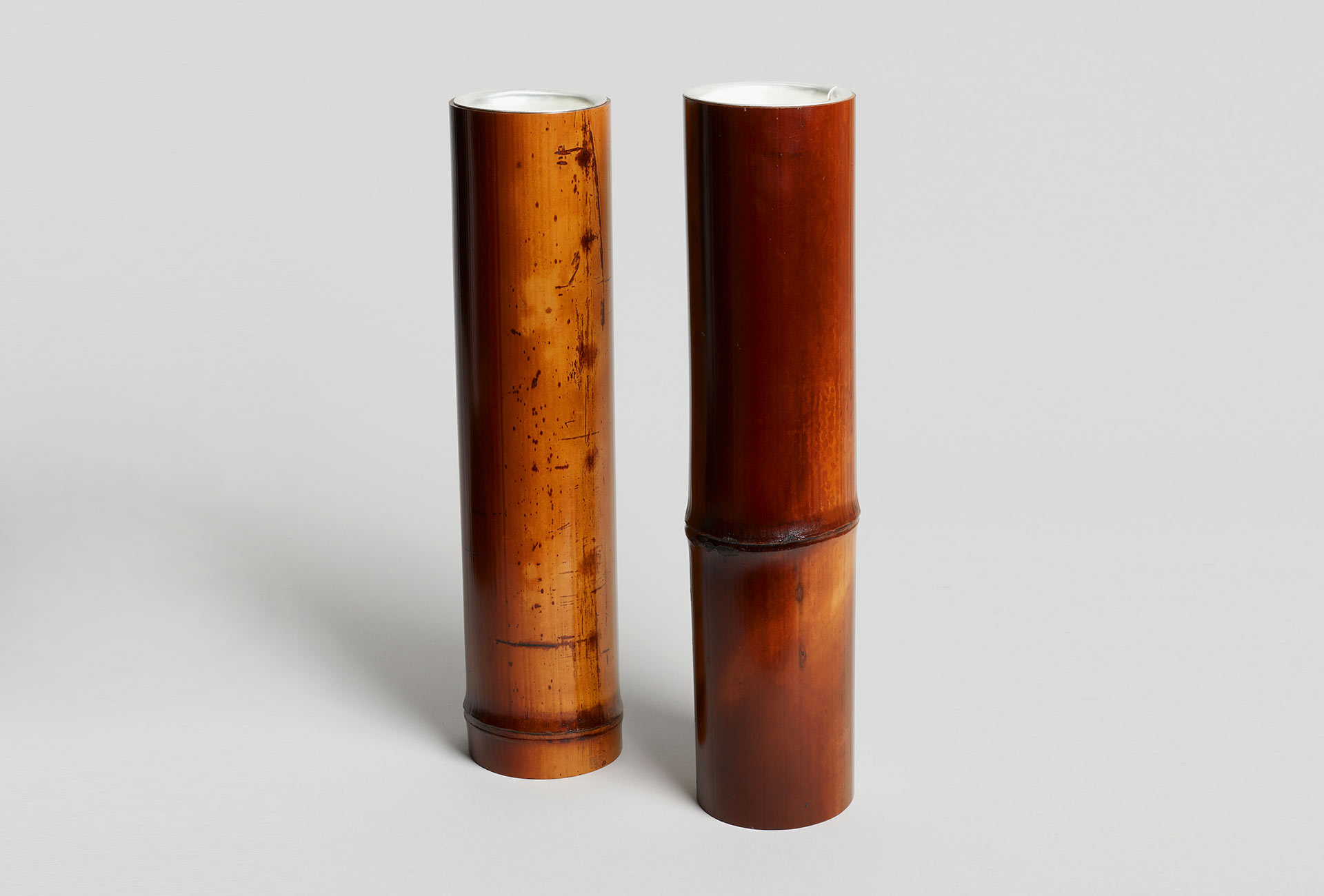 Caderas has devoted himself for approximately ten years to the theme of vases and canisters of bamboo with silver inserts. Like his cast and forged fruit and animal shapes, they pay homage to nature’s beauty and symbolism. The 60- to 80-year-old bamboo with its warm, honey-colored patina comes from Japan. Its circular growth nodes, which appear at different heights in the objects, are a distinctive element in the design. Changes in the surface are not concealed, but consciously accentuated: for example, Cadera stabilizes cracks by inserting clamps of blackened silver or “swallowtails” made from pieces of differently colored bamboo; alternatively, he may close the cracks with a black lacquer-like paste, which he also uses to seal the bottoms of the containers. These interventions are so sensitivity executed that they complement the natural colors of the stem structure and enhance its vitality. An iron inlay in the base of each bamboo vase makes it as stable as a tree. A little frog sometimes hides atop a lotus leaf of blackened silver under the object. In the upper part of the bamboo artifact is an insert of fine silver which can be filled with water. This insert is deliberately shallow so water must be added every day – a discreet hint from the artist that the flowers in the vessel require mindful attention. 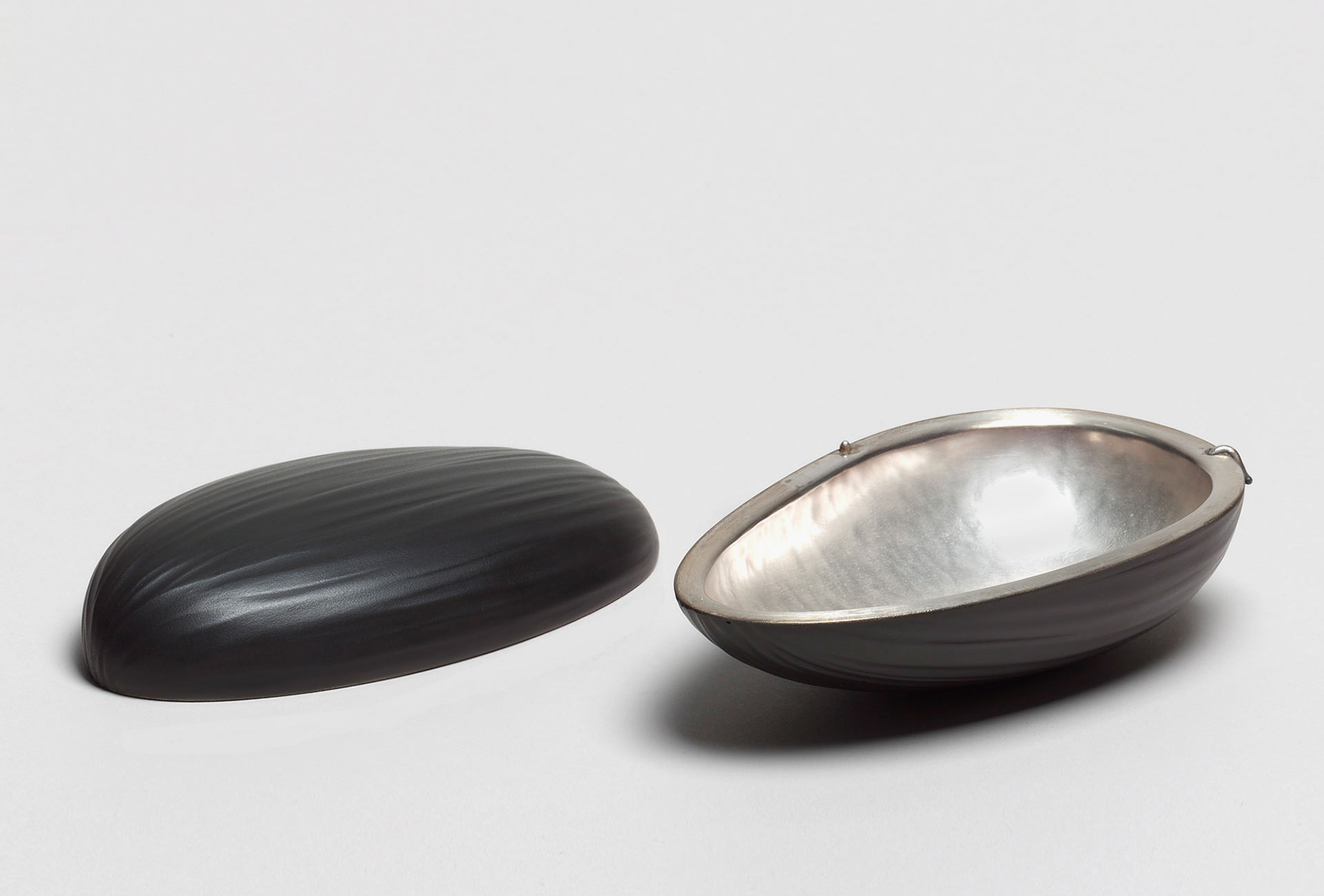 With his bronze and silver canisters, Andreas Caderas thematizes the natural shapes of fruits or nutshells. Claudia Wilhelm writes: “The shape and the division into two halves call to mind comparisons with the kernel of an almond or an exotic fruit. The various surface structures – gentle parallel furrows in one item, finely carved parallel lines in another – are more reminiscent of an ancient type of nut or fruit that may no longer exist today. In all cases, the canisters are finely crafted half-shells that fit gently and precisely atop one another. As an allusion to nature, a stylized worm wriggles its way through a little hole in one of these canisters. 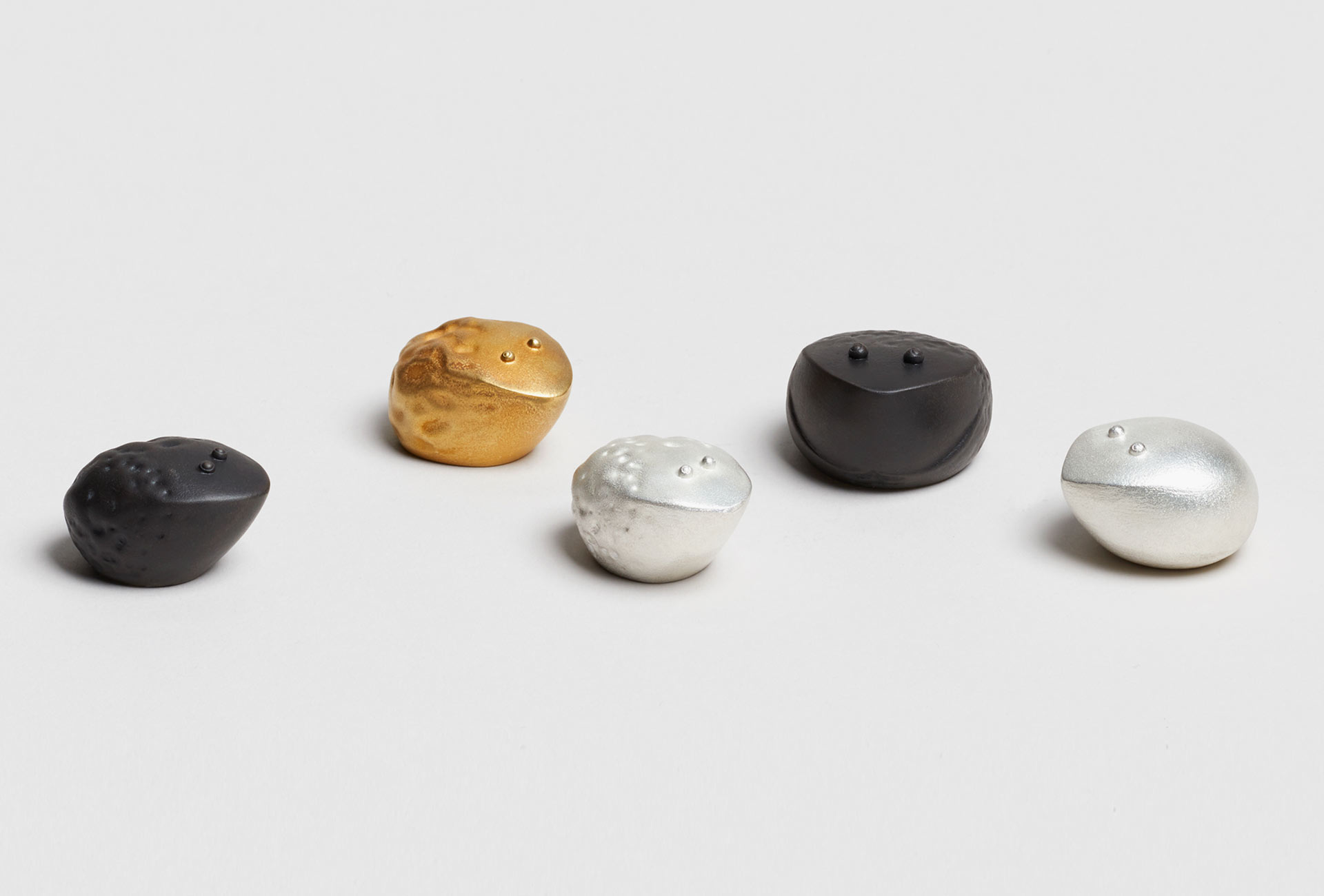 The Japanese word kaeru means both “frog” and “to return.” For example, when a train begins to leave a station, bystanders call “Buji ni kaeru” (“Return safely!”) to their departing friends and loved ones. The frog has accordingly become a symbol of good luck in Japan, where people often give each other sculpted frogs to welcome the New Year. And when bidding farewell, the Japanese often use the phrase “Fuku o mukaeru!” (“Meet happiness!”). Caderas made his first sculpted frogs in 2002 in cast iron as massive, partly naturalistic, partly abstract sculptures up to a size of more than 20 centimeters. More recently, he crafted smaller frogs measuring four to five centimeters from silver, bronze and gilt silver. Although the simple abstraction used in their portrayal sometimes makes them appear similar to one another, closer scrutiny discovers unmistakable differences – no two are alike. 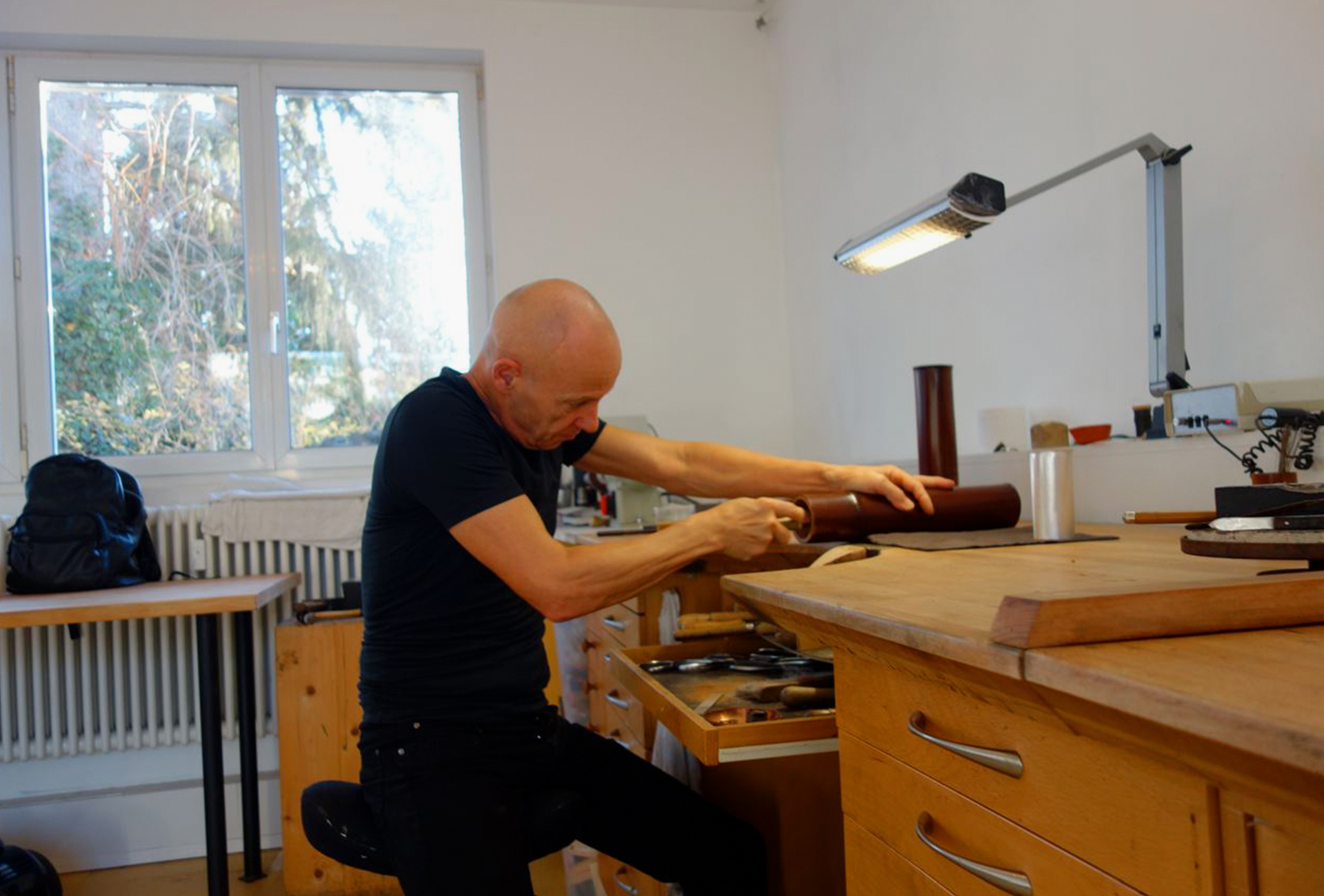 Andreas Caderas is one of the few Western artists who have long been represented at Japan Art – Galerie Friedrich Müller in Frankfurt. An important reason for this singular position is because Caderas has internalized a Japanese understanding of art in which masterly craftsmanship and artistic spirituality naturally go hand in hand.