Johannes Nagel from Halle on the Saale River won the Freeform Ceramics Award, worth 10,000 euros. The second prize and 6,000 euros went to Jesse Magee, an American who lives in Höhr-Grenzhausen. The City of Höhr-Grenzhausen’s Salt-Fired Ceramics Award was divided between the local ceramist Monika Debus and Franz Juliens from Ludwigshafen, who each received 5,000 euros. Hyujin Kim from Korea won the Young Talent Award. The Westerwald Awards, which have been calling for entries from all over Europe since 1999, were conferred for the 14thtime in 2019. 425 entrants had submitted their applications via the internet. The jurors included the Managing Director of the Westerwald Museums, Helga Gerhardus, the Director of the Ceramics Museum, Nele van Wieringen, the art historian, former gallerist and collector Jörg Johnen from Berlin, the museum curator Sabine Runde from Frankfurt, as well as the ceramists Julian Stair from London and Xavier Toubes from Chicago. 74 works created by 48 artists had made it onto the short list. 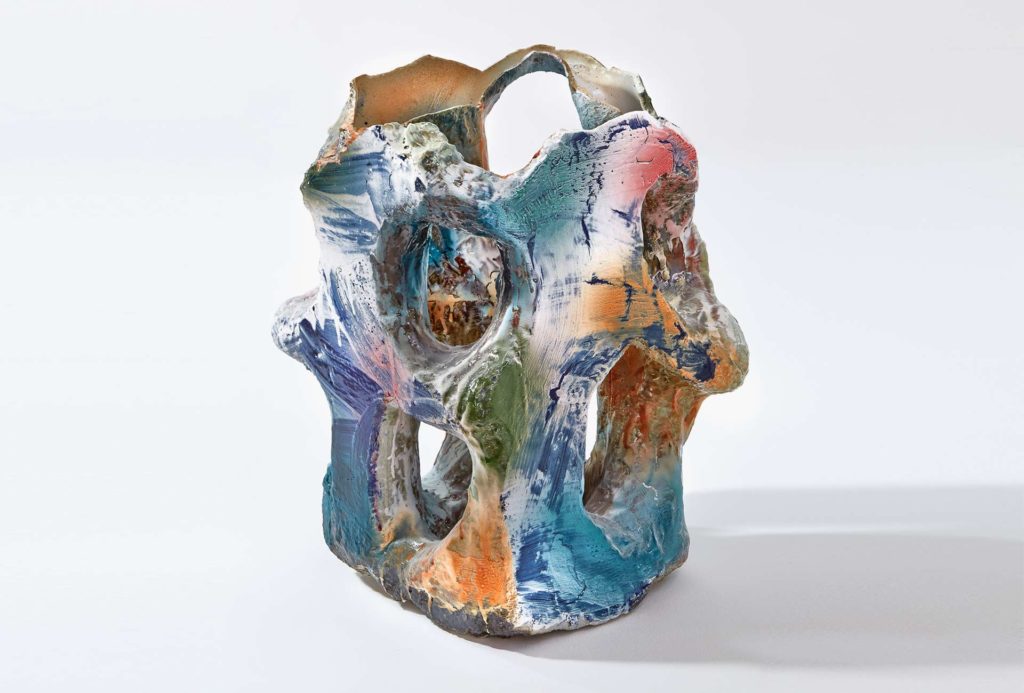 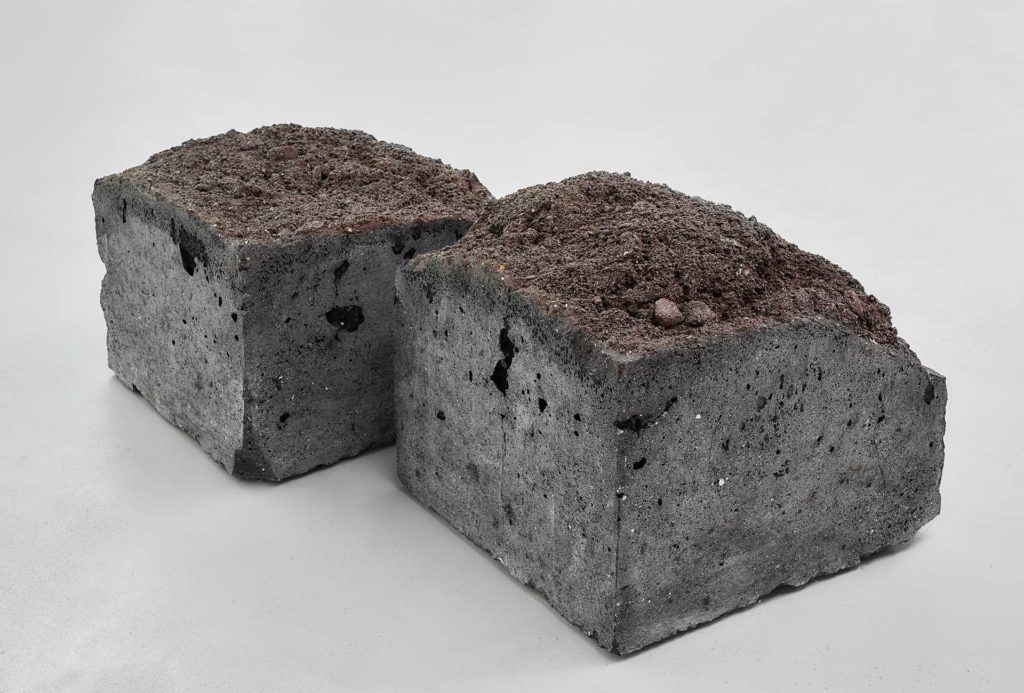 The exhibition is not intended to provide an exemplary overall picture of artistically created ceramics in Europe, but to mirror some essential developments, explained Nele van Wieringen. As regards the award winner, Johannes Nagel, this refers to his transforming a ceramic vessel, which is still recognizable as such in many of his works, into freeform sculpture. The winner of the second prize, Jesse Magee, fired unpurified topsoil from Neuwied in the shape of individual blocks. The jurors were quoted as having specifically decided to confer the Freeform Ceramics Awards to creations that are much more than merely haphazard results or process-driven. “Post-firing finishing makes for a fragile, aesthetically appealing balance. Both artists, who are in the same age group, display very different, serious approaches to two archetypal themes of ceramics: the vessel and the soil.” 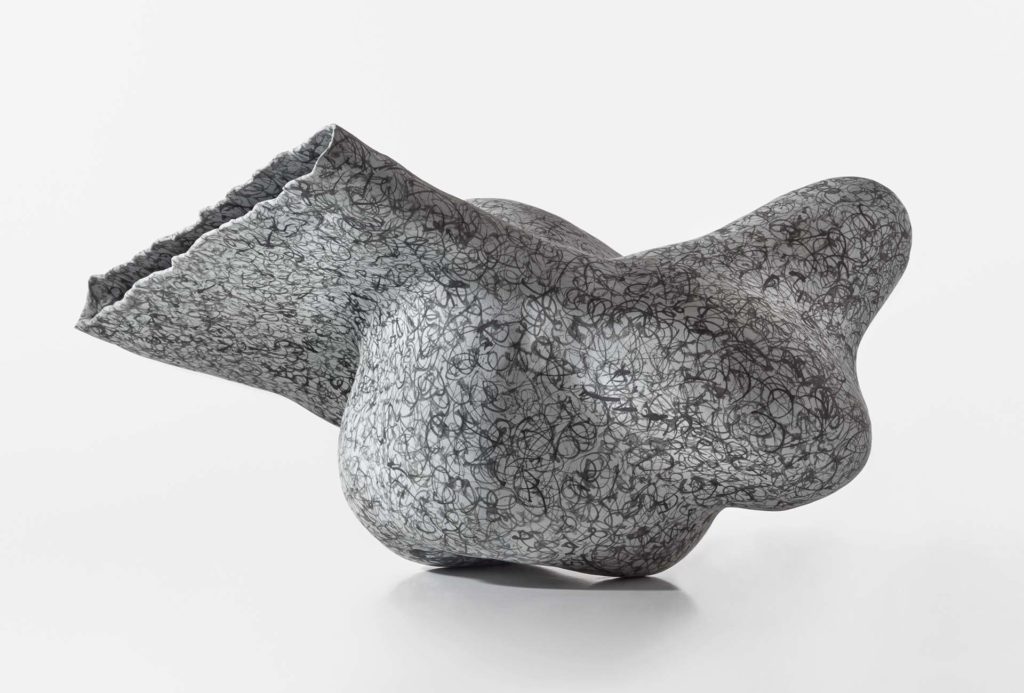 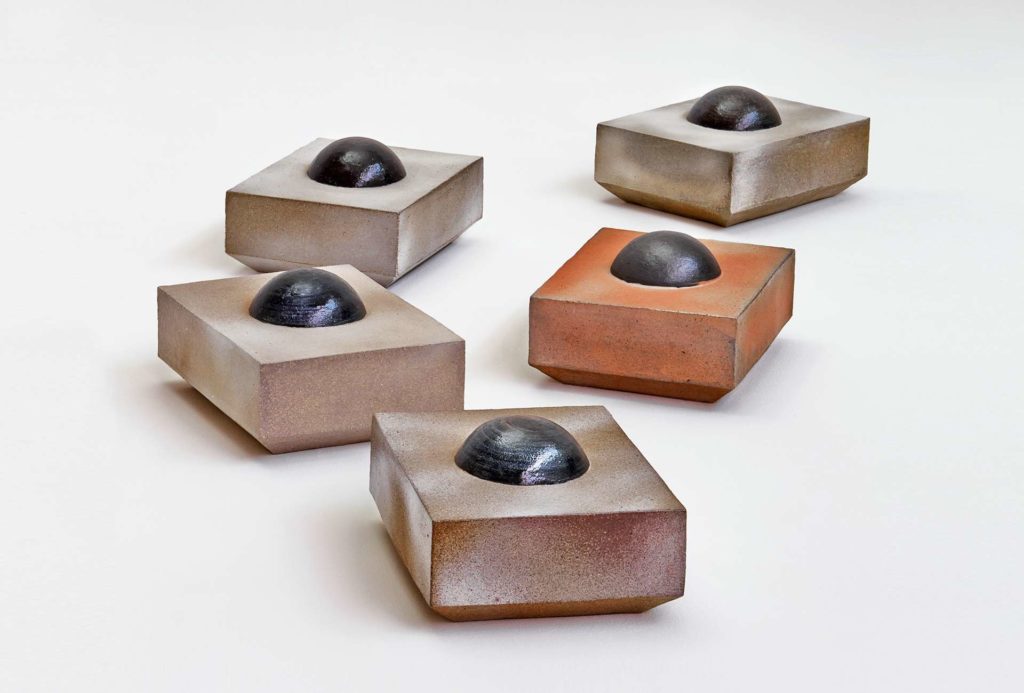 The jurors also selected two contrary positions for the City of Höhr-Grenzhausen’s Award. These are the “amorphous, sensitively painted ‘bodies’ created by Monika Debus” on the one hand, and “Franz Juliens’ precise, geometrical objects”. The organizers commented that this emphasizes the huge spectrum of possibilities offered by salt-firing, and hope that it will kindle some interest in this unique(ly) European glazing technique, which offers scope for more artistic experiments, among the younger generation. The two objects created by the winner of the Young Talent Award, Hyunjin Kim, “bear witness to sophisticated craftsmanship, and have a pleasantly poetic effect.”

As regards the competition’s reorientation after 2004, the jurors commented in their report that “ceramic vessels are not necessarily hand-thrown nowadays; they can also be defined as installations or sculptures, and are not always crafted entirely from ceramic materials. The boundaries between the individual categories have meanwhile become blurred.” Thus, the Westerwald Awards mirror “en miniature” the macrocosm of our rapidly changing world, where old systems and power structures are eroding. “The palpable instability in our society is reflected in the arts as well, as is evidenced by many objects of this exhibition.” What can also be noticed is that “many works created by young artists are deliberately amorphous.” This amorphousness is also manifested in the many experiments with materials, explained Nele van Wieringen. Even the definition of ceramics – inorganic raw materials that are solidified by firing processes – is being expanded to include the firing of anything that can be liquefied. The Ceramic Museum’s Director’s question is “whether the results are accepted as outcomes of happenstance or whether the respective shape is only a matter of temperature.”

The most provocative creation in this competition, rewarded with the second prize, is indisputably Jesse Magee’s “Topsoil”, which was already showcased as an installation at the Saint Peter Art Station in Cologne in 2015. The artist, who was born in Urbana, Illinois, in 1981, created it by fusing nine tons of topsoil at 1,200 °C into cuboid blocks. It belongs to the fine arts genre, which nowadays refrains from very little, if anything, to draw attention to the phenomena of our world and its catastrophes. This is always acceptable when it involves new realizations, messages and insights. The following could be read in the preview of the exhibition at the Jesuit Saint Peter Church: “In his objects and video or other installations, Jesse Magee combines approaches typical of Arte Povera and concept art with material aspects and questions about productive and destructive processes and functions of art.”

So far so good. But does our contemporary world really need fired topsoil at a museum? Don’t we see enough of it in the images of burning forests in Siberia, of the blazes in the Amazon rain forest, and even of frightening wildfires in Germany? And isn’t it disrespectful and brutal to destroy nine tons of topsoil containing billions of microorganisms by firing it at 1,200 °C for an art project? “The earth is not his brother, but his enemy,” said Chief Seattle to the white man, i.e. the members of the American Congress in 1855. It’s hard to believe that anything can be changed about that if such insensitive things are being done even in the art world.

As regards the other prizewinners, we can well agree with the jurors. It’s evident in Höhr-Grenzhausen, too, that freeform sculpture is a major theme among contemporary ceramists. But that doesn’t necessarily mean that it has succeeded in being generally affiliated with the fine arts. And this wouldn’t be desirable anyway because, with all due respect and enthusiasm for ceramic artworks, it would be very regrettable if this lead to ambitiously designed utilitarian ceramics’ falling by the wayside, so to speak.