More than in perhaps any other country in the world, the ceramic art is deeply linked to Japanese culture and is still highly valued today, e.g. in the tea ceremony. Masamichi Yoshikawa numbers among the artists who have dedicated themselves to the renewal of the ceramic art. He earned international renown primarily with his sculptural, architectural, porcelain objects, which are usually composed of porcelain cubes or plates of various thicknesses with minor irregularities expressing the philosophy that genuine beauty manifests itself only through imperfection.

Yoshikawa uses flowing and often dripping sehakujiglaze to create an additional level of visual and tactile tension. His bold, powerful and seductive objects provide ample latitude for multiple interpretations. His love of painting is expressed by drawings in cobalt blue underglaze that often appear on the vessels and sometimes even on the bottoms of his larger, nonfunctional forms. Nele van Wieringen, director of Westerwald Ceramic Museum, writes: “Masamichi Yoshikawa’s colors are linked to memories. He calls the blue drawings in the porcelain ‘his diary.’ Seihakujiglaze, which recalls a cloudless sky or a glacier, melts and flows downward until the artist halts its motion by ending the firing. The drawings are ubiquitous, but not always visible: sometimes they are even on the underside of the artwork. These drawings link the objects to time as vessels conveying personal stories and traces of the artist.” 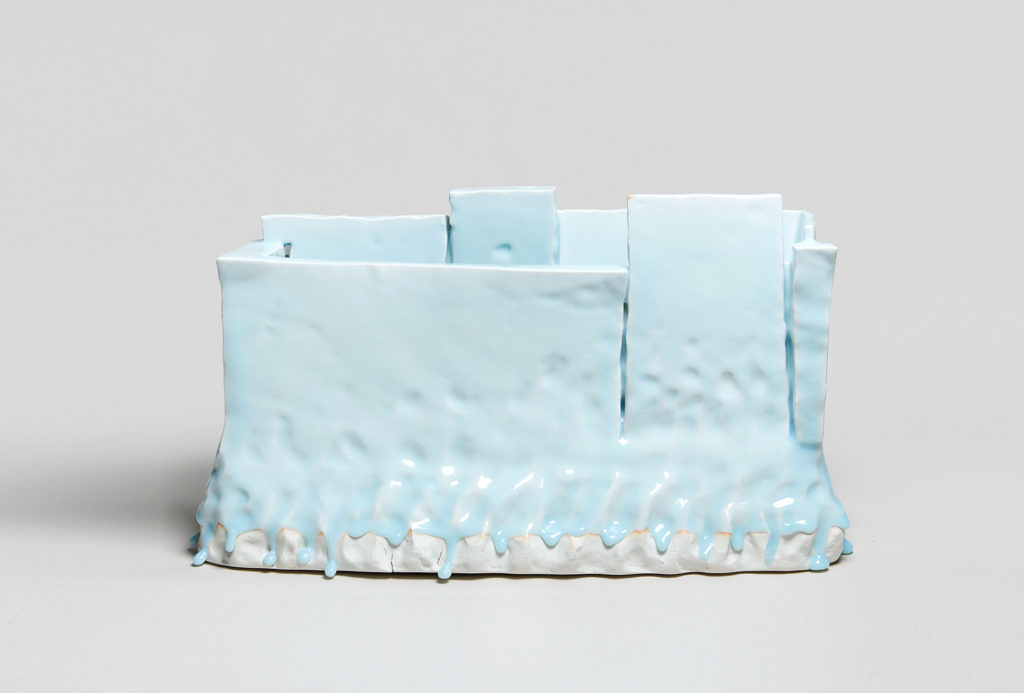 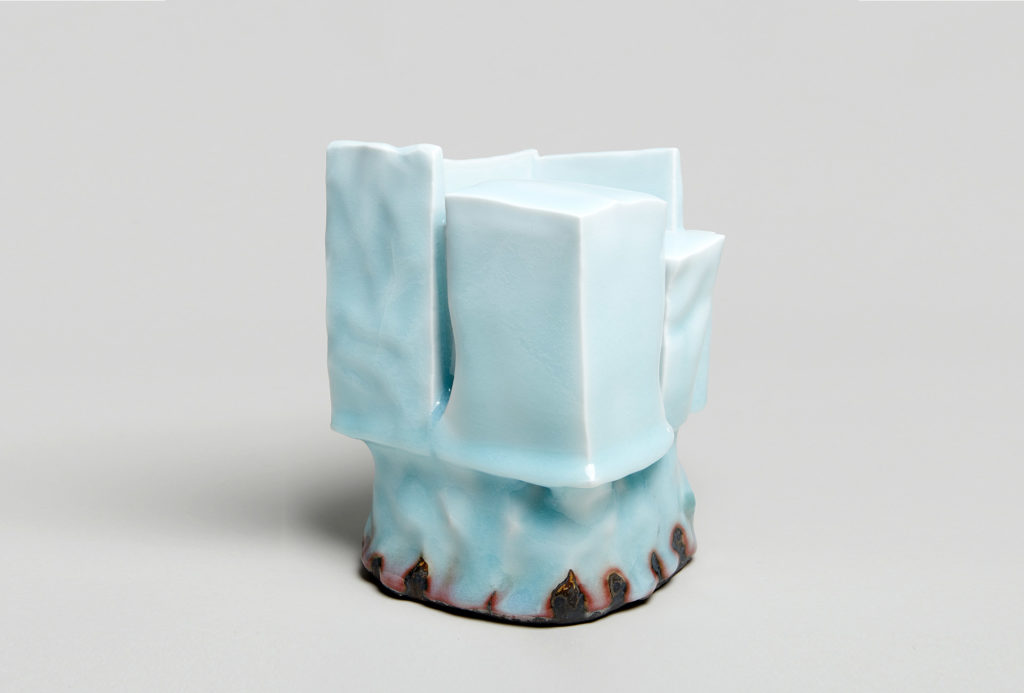 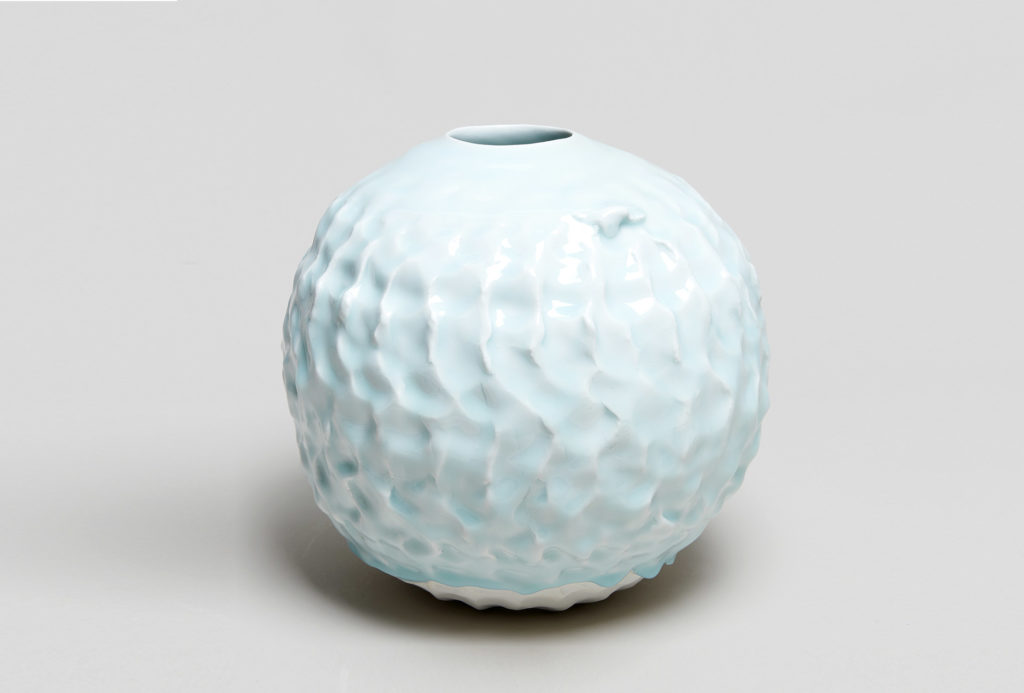 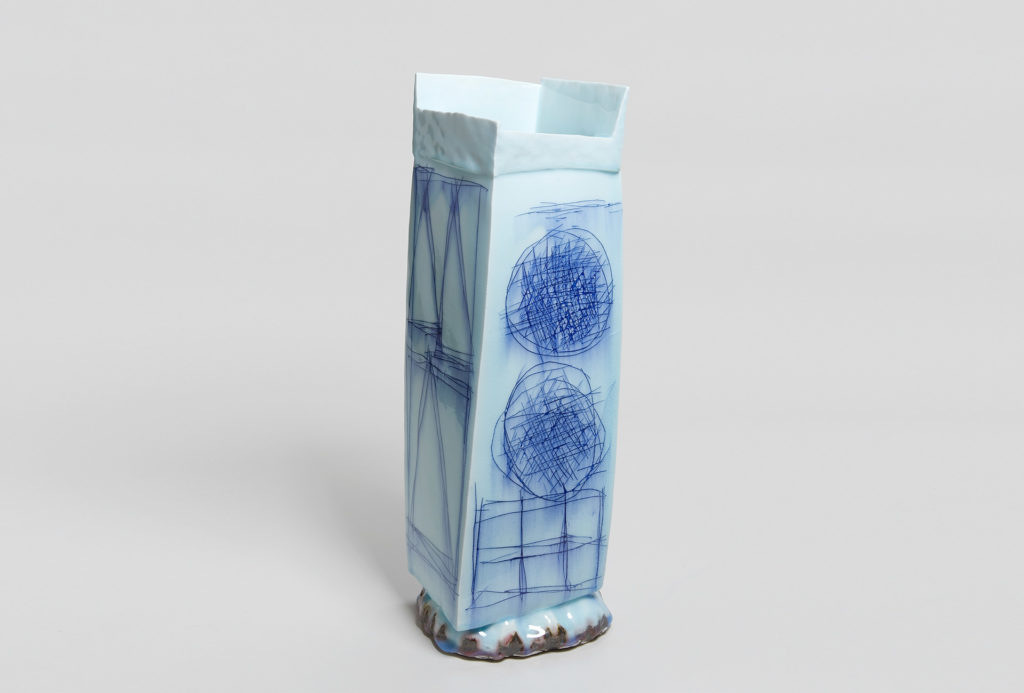 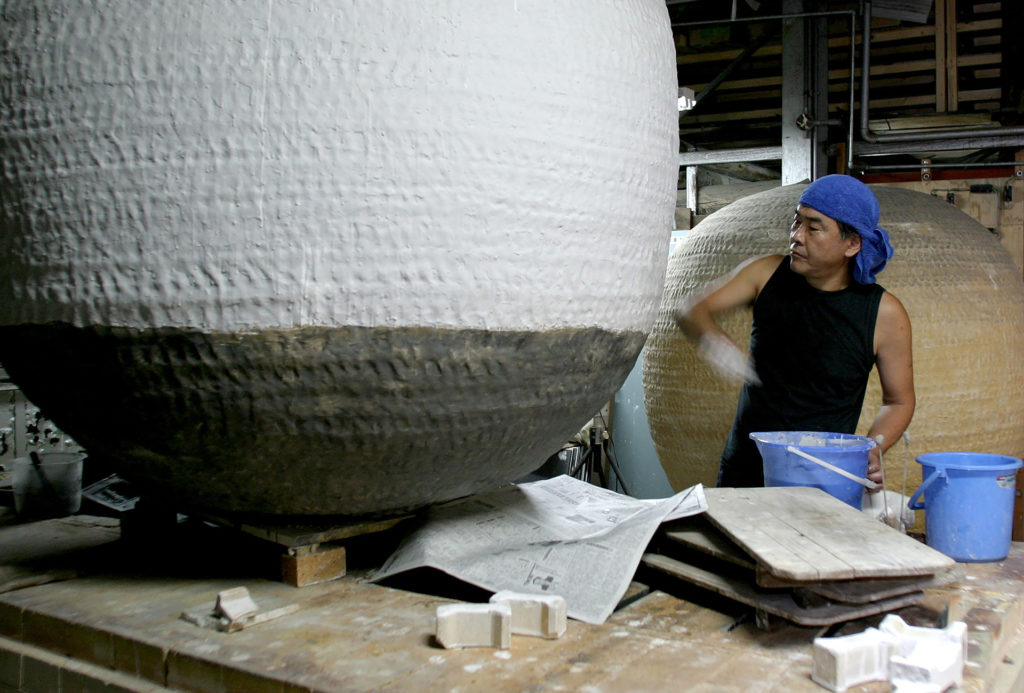 A ceramic of this variety is known in Korea as a moon vase. Masamichi Yoshikawa created one in a gigantic dimension. Photo: Shigeru Murai.

Born in 1946, Masamichi Yoshikawa studied design and interior architecture before devoting himself to ceramics. He has lived since 1969 in Tokoname, one of Japan’s “Six Ancient Kilns.” This is the cognomen given to the most important historical ceramic centers where Japan’s ceramic art, which began some 10,000 years ago, still thrives today. Masamichi Yoshikawa is fascinated by the simple beauty and functionality of the vessels traditionally made in Tokoname, but this fascination is not expressly reflected in his oeuvre, which is more obviously influenced by European art and architecture. Masamichi Yoshikawa recalls how, on his first trip to Europe, he was particularly impressed by William Turner’s landscape paintings and by European castles. 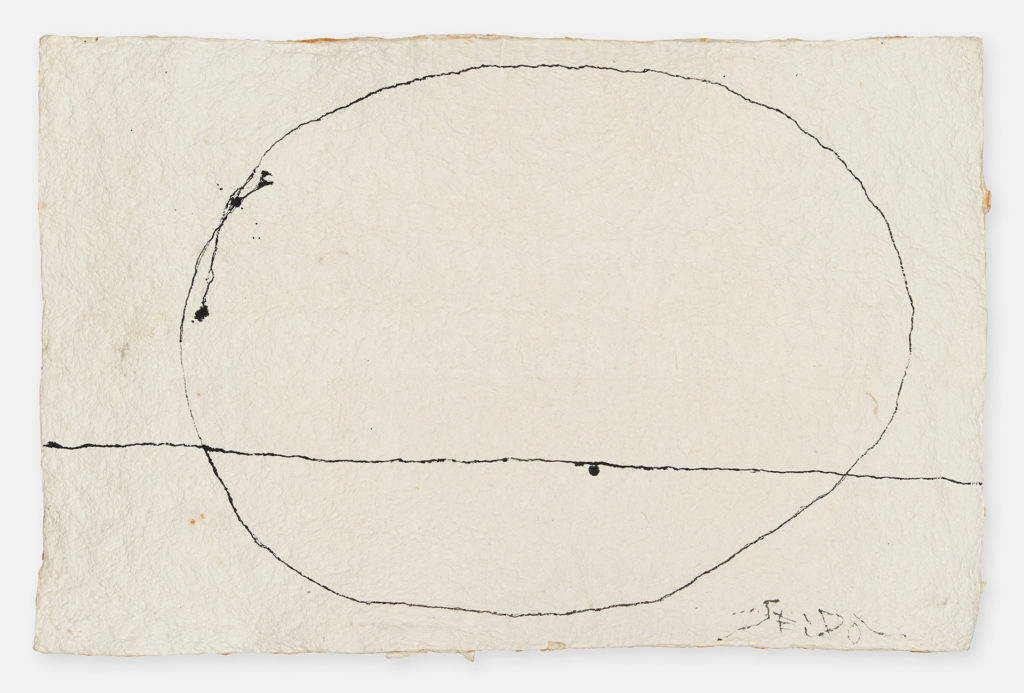 Masamichi Yoshikawa, who long ago achieved his goal of using porcelain to write new chapters in the history of ceramics, numbers among the contemporary ceramists who have convincingly succeeded in walking the tightrope between sophisticated utilitarian objects and nonfunctional sculptures. His works have been shown worldwide and are represented in many collections and museums, including the MoMA in New York. Masamichi Yoshikawa will be present at the opening of the show at Japan Art gallery in Frankfurt on May 18, 2019.