Just how widespread ceramics are in the visual art world is evidenced by exhibitions like Ceramix at the Bonnefanten Museum in Maastricht and Earthen. Ceramics in Contemporary Sculpture at Raketenstation Hombroich. Auguste Rodin, Paul Gauguin, Pablo Picasso and Lucio Fontana used the earthen material just like Grayson Perry, Thomas Schütte and Ai Weiwei do nowadays. 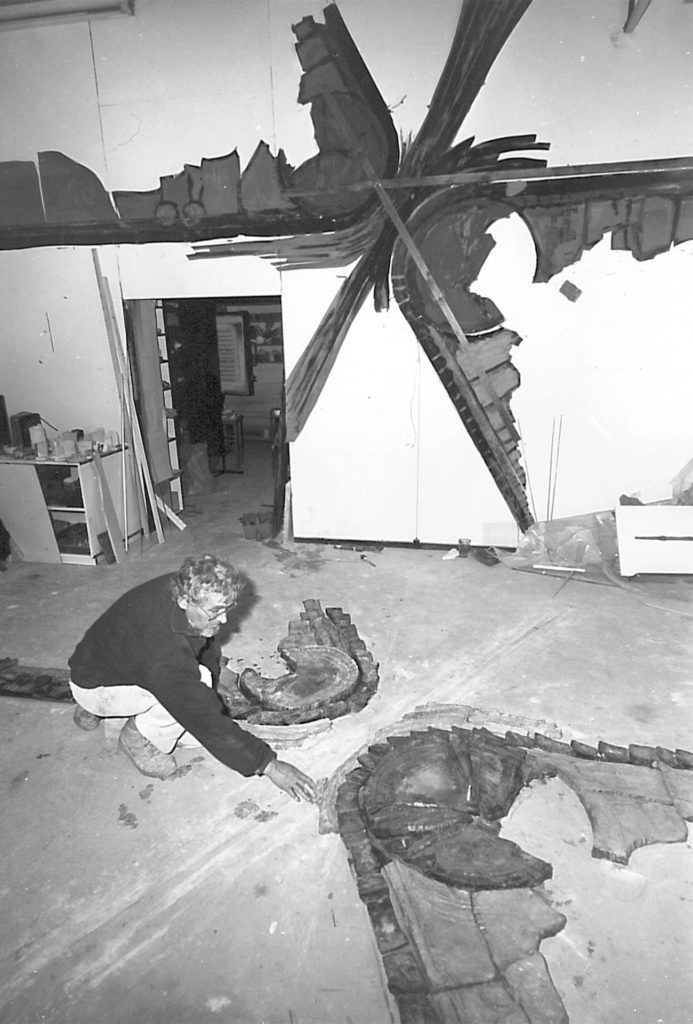 Ceramist Robert Sturm in his studio

And there’s no reason to appreciate a ceramic material any less than bronze, stone, wood or any other substance that can be used to create art objects. Before being fired, a ceramic material can be easily shaped to conform to a concept, in terms of either form or content, and there’s hardly any limit to the huge variety of possible surfaces and textures, colors and glazes. Moreover, after successful firing, a ceramic creation’s longevity is almost untoppable. So it’s no wonder that ceramic materials are more popular in the art world than almost ever before. 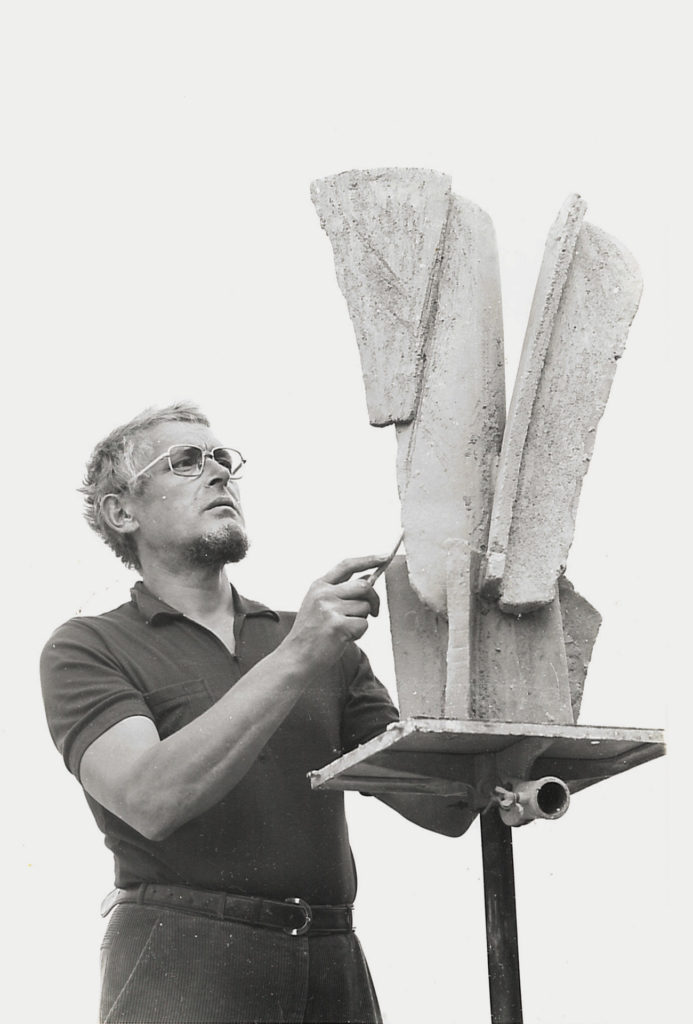 Nevertheless, it’s still quite unusual for an artist who is or was rooted in the ceramics scene to receive proper recognition unbiasedly in the art world. This is why the exhibition entitled Robert Sturm: Ceramic Sculpture 1969–1993 at the Johnen Gallery in Berlin was all the more remarkable. After all, this gallery, managed nowadays by Esther Schipper, ranks among the premier venues for contemporary art in Germany’s capital.

The new exhibit at Keramion bases on a collection assembled since the late 1960ies by the founder of the endowment, stoneware producer Dr. Gottfried Cremer from Frechen. Ca. 70 works demonstrate the artistic development of Robert Sturm from the 1960ies to the 1990ies. 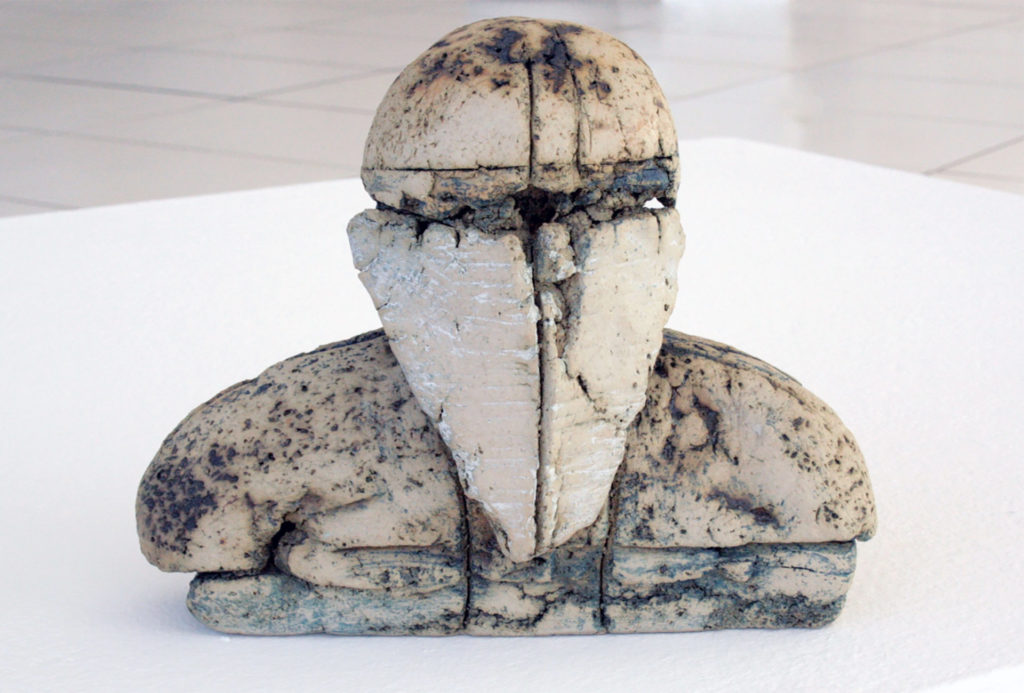 Robert Sturm was a versatile artist with a broad educational background. In 1956, he started to study politics, art history and painting in Frankfurt, and then switched to the School of Fine Arts in Kassel. From 1960 to 1961, he worked there as an assistant for basic studies and sculpting. Like some other universities in post-war Germany, the Craft Academy in Kassel had reopened, in 1947, with a curriculum based on the principles of the Bauhaus. It offered ceramic design courses, which enjoyed the same status as painting or sculpture, and were taught by Walter Popp, an excellent instructor. Sturm, who had studied under Popp since 1956, soon liberated himself from the influence of his teacher, and consistently devoted himself to free-form sculpture since the late 1960s. At the same time, he remained closely linked to the ceramics scene, as evidenced by his membership in the Académie Internationale de la Céramique (AIC) in Geneva since 1989, and by awards received, such as the 1st Höhr-Grenzhausen Prize for Ceramic Sculpture in 1989 or the Vallauris Prize in 1990. 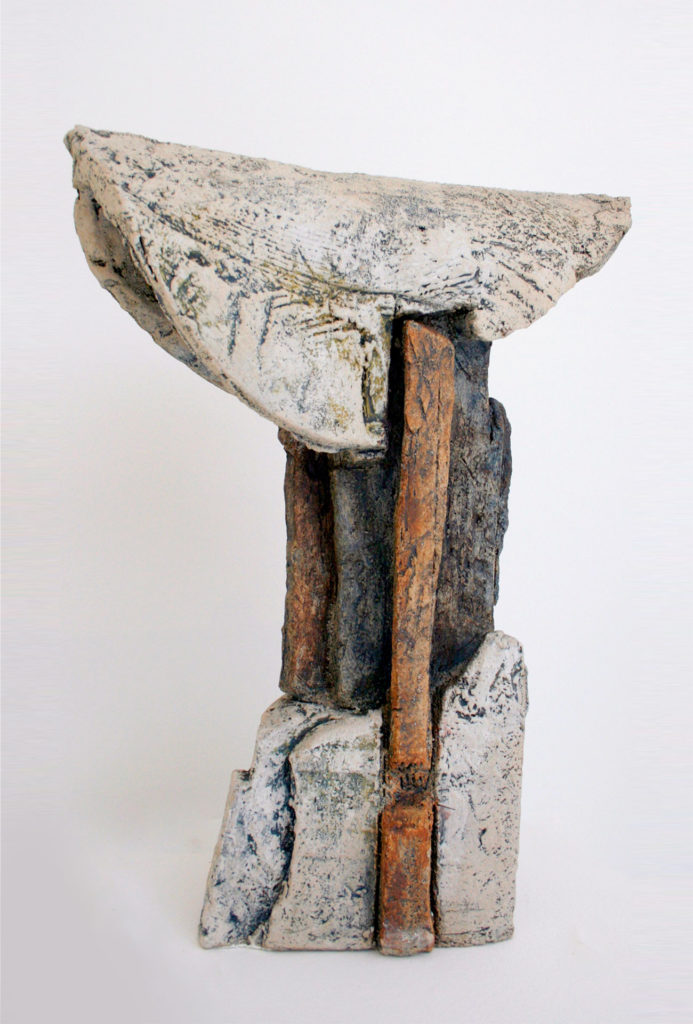 So how can we classify Robert Sturm’s oeuvre? The exhibition at Keramion has honored a pioneer who transcended the boundaries of his artisanal genre in a very idiosyncratic manner – which, however, was also typical of sculptures created in the 1960 and 1970s. Like Voulkos and Mason, he limited himself to ceramic materials. His creations’ surfaces are truly remarkable, not sealed by glazes and smoothened like those of so many ceramics, but instead rough, unprotected, cracked and crazed. Some of the glazes were wiped off again, and the surfaces scored and colored by fly ash. 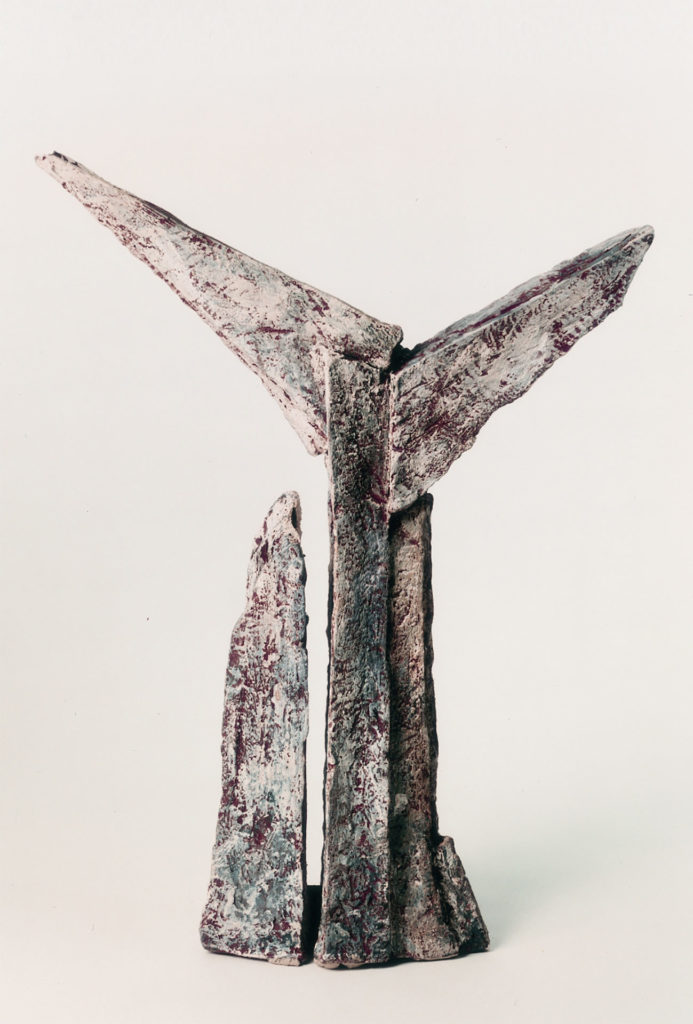 In the early 1980s, Robert Sturm created mask- and torso-shaped objects that reflect the societal fears of that era. In this context, Sturm talked about the importance of fragments, which run like an omnipresent thread through all the stages of his career. “Fragments can represent principles or ideas. Fragments provide scope for the beholder’s thoughts and emotions. For me, fragments are symbols of the disjunctive fissures so prevalent throughout the world in which we live.” Unfortunately, this is something that hasn’t changed much to this day. In the Die Zeit weekly newspaper, Sebastian Preuss, deputy editor-in-chief of the Weltkunst (World Art) magazine and the Kunst und Auktionen (Art and Auctions) newspaper, wrote the following about the Robert Sturm exhibition at the Johnen Gallery: “For artistically crafted ceramics, which usually constitute the focus of a rather isolated scene, this is a huge step forward. Of course, this entails an increase in the prices. The 22-cm-high Plastik (Sculpture) costs an impressive 15,000 euros. But for this important and long-unrecognized artist, this is anything but overpriced.”