Since 1989, the Foundation for the Gold- and Silversmith’s Art in Schwäbisch Gmünd has appointed a prominent silversmith or jewelry designer every two years to provide fresh impetus for the precious-metal crafts by teaching courses and exhibiting their creations. 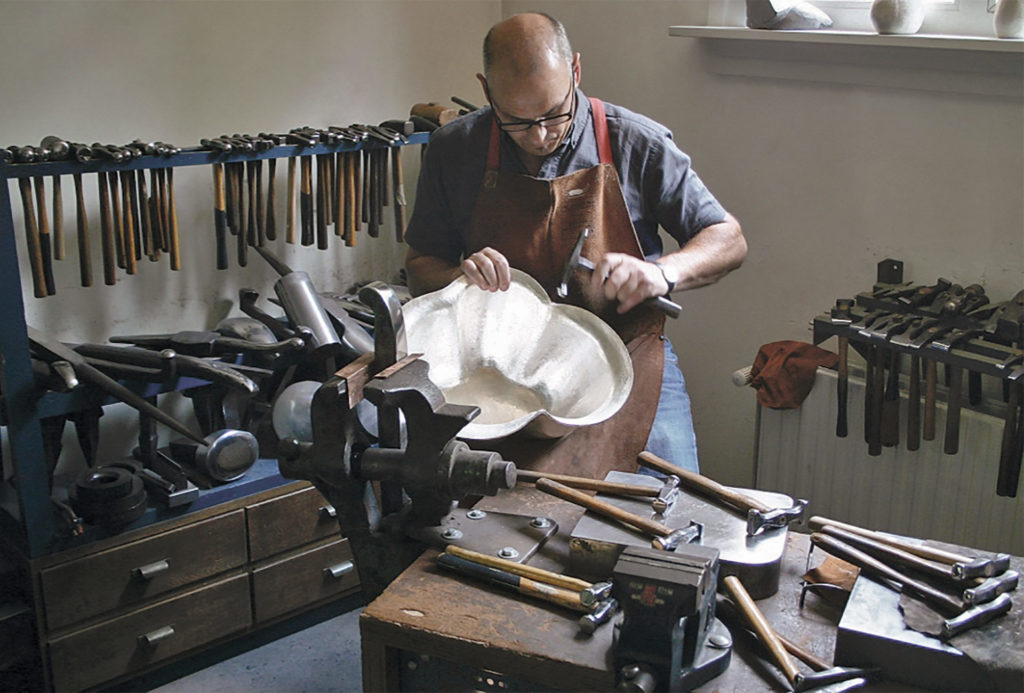 Paul de Vries in his studio

In 2016, the Dutchman Paul de Vries has been honored with this accolade. Schwäbisch Gmünd’s first Goldsmith Laureate was Max Fröhlich from Zurich, followed by Nikolaus Kirchner, Johann Müller, Klaus Eichler, Marianne Schliwinski, Walter Storr, Deganit Stern-Schocken, Berthold Hoffmann, Bettina Maier, Brigitte Moser, Ulrike Knab, Petra Dömmling, Norman Weber, and, most recently, Peter Bauhuis. Paul de Vries loves generously dimensioned objects and silver. “For me, silversmithing is like telling a story that is created by shaping the metal,” he says. The gleam, color, aesthetic appeal and many other characteristics of silver offer him in nite possibilities to explore while crafting his objects with a keen sensitivity for the material. Paul de Vries was born in Mierlo, Netherlands, in 1958. After training at the vocational academy for gold- and silversmiths in Schoonhoven, he first worked as a jeweler in Vancouver. Afterwards, he studied product design at the University of the Arts in Utrecht. Working as a guest lecturer and as a designer, Paul de Vries gained experience on both a national and international level. He lived and worked in New Delhi for three years. At the International Hammer Club Meeting in Schwäbisch Gmünd in 2014, he was awarded the first prize in the In Dialog with Nature competition. As a Goldsmith Laureate, Paul de Vries is now showcasing 21 objects illustrating the oeuvre he’s created over the course of 18 years. 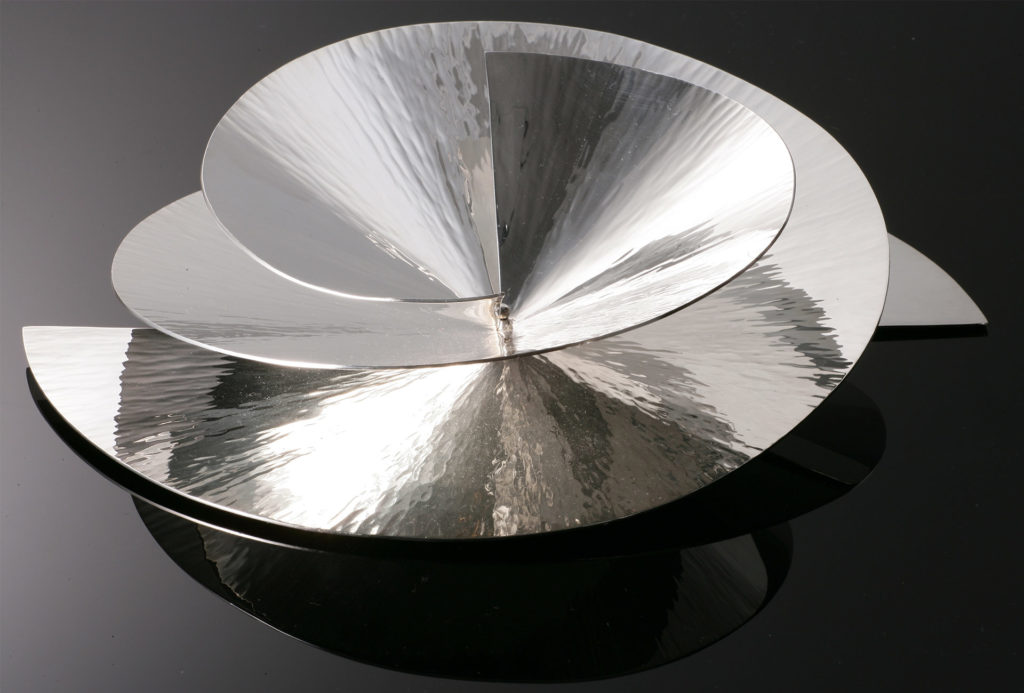 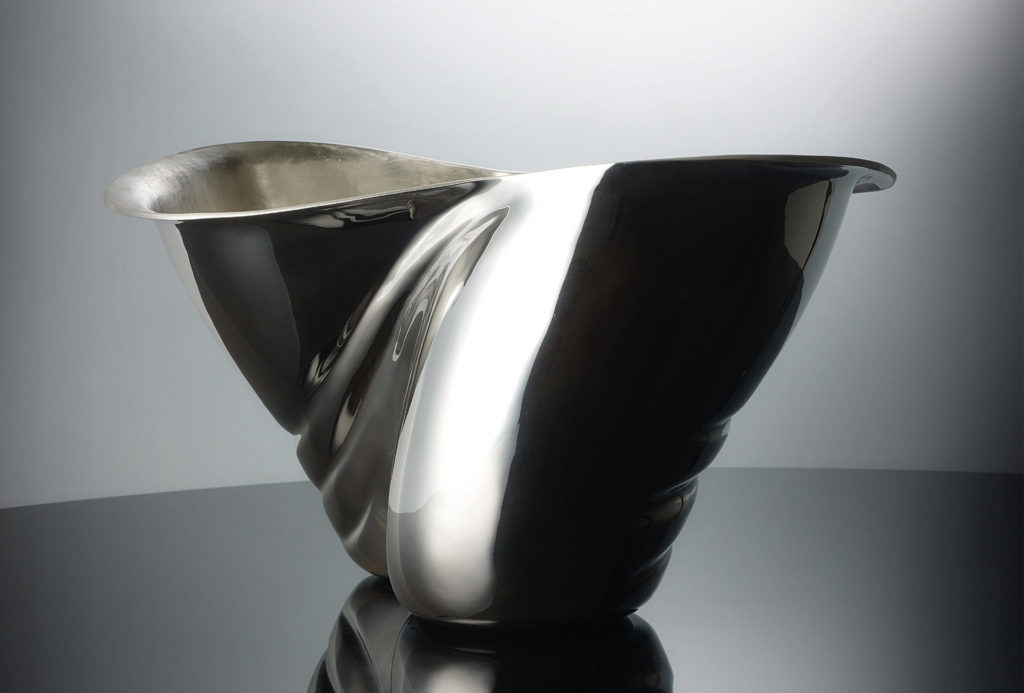 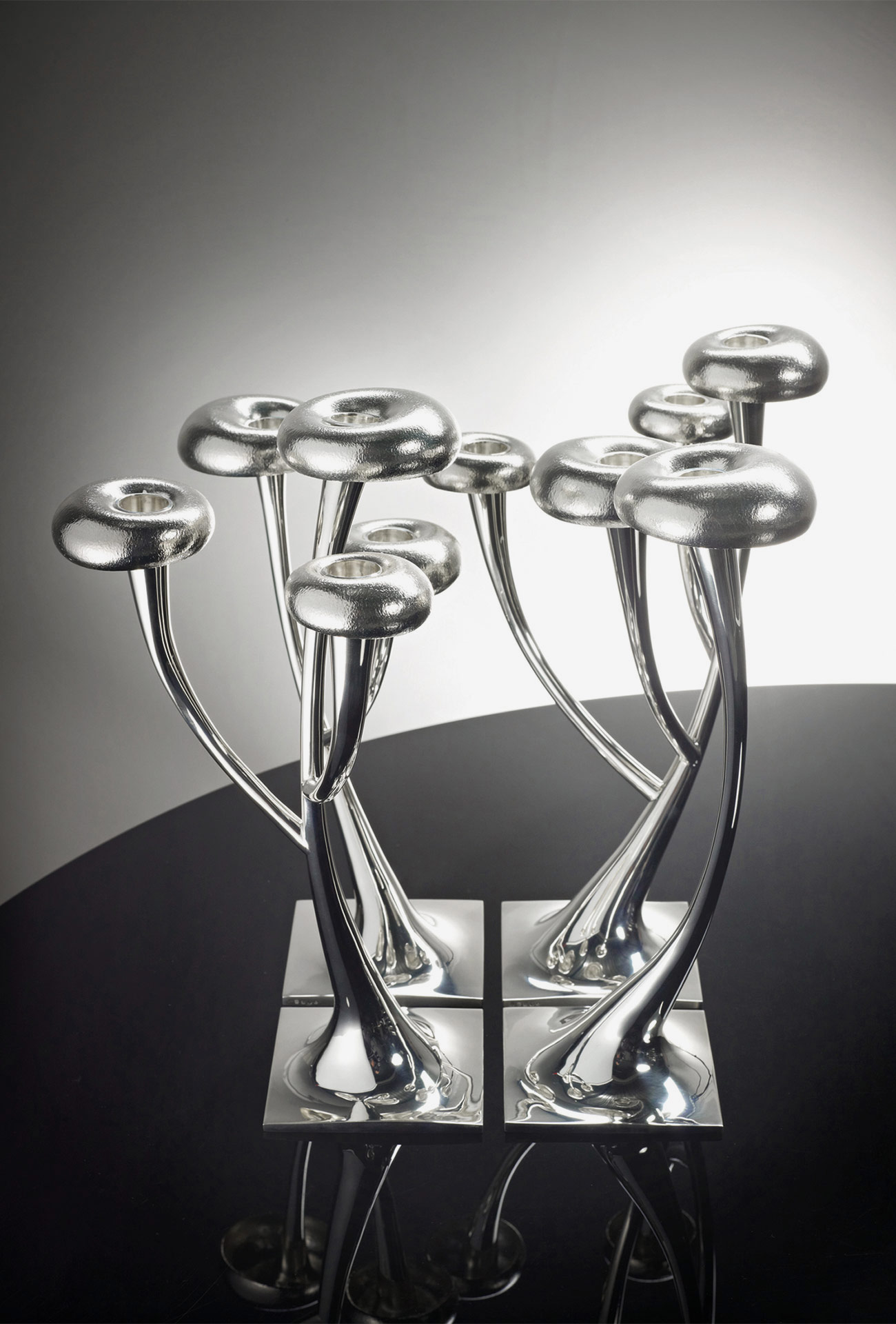