Of all the applied arts, the art of the bookbinder is probably the one with the most contradictions. While it always starts out from a printed text, the book – once bound – becomes a work in its own right. But what kind of a work is it? How does the artist bookbinder see himself or herself? As a painter, a sculptor, an illustrator? As a visual artist in general terms or just as a bookbinder? If one surveys the fine bindings of the last 100 years, one cannot but gain the impression that the Meister der Einbandkunst, the Designer Bookbinders, the Relieurs d’Art, are in no way clear about what they wish to be or what they might be. Who is surprised when bookbinding brings forth the most bizarre of fruits, or when the beginner seeks in vain some kind of guidance, model or concept? Everything will be all right provided things are at least well crafted, technically most sophisticated or suitably experimental. 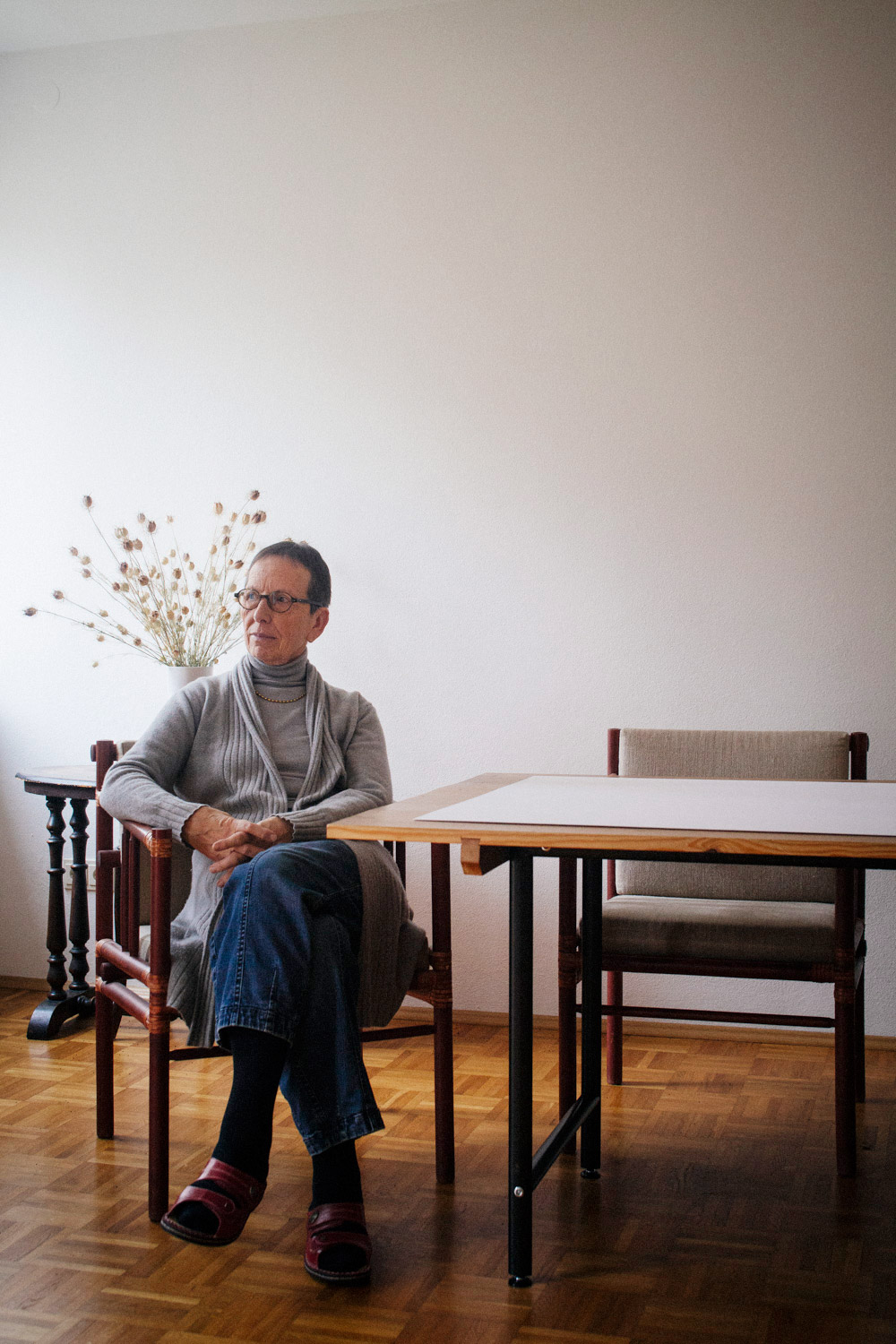 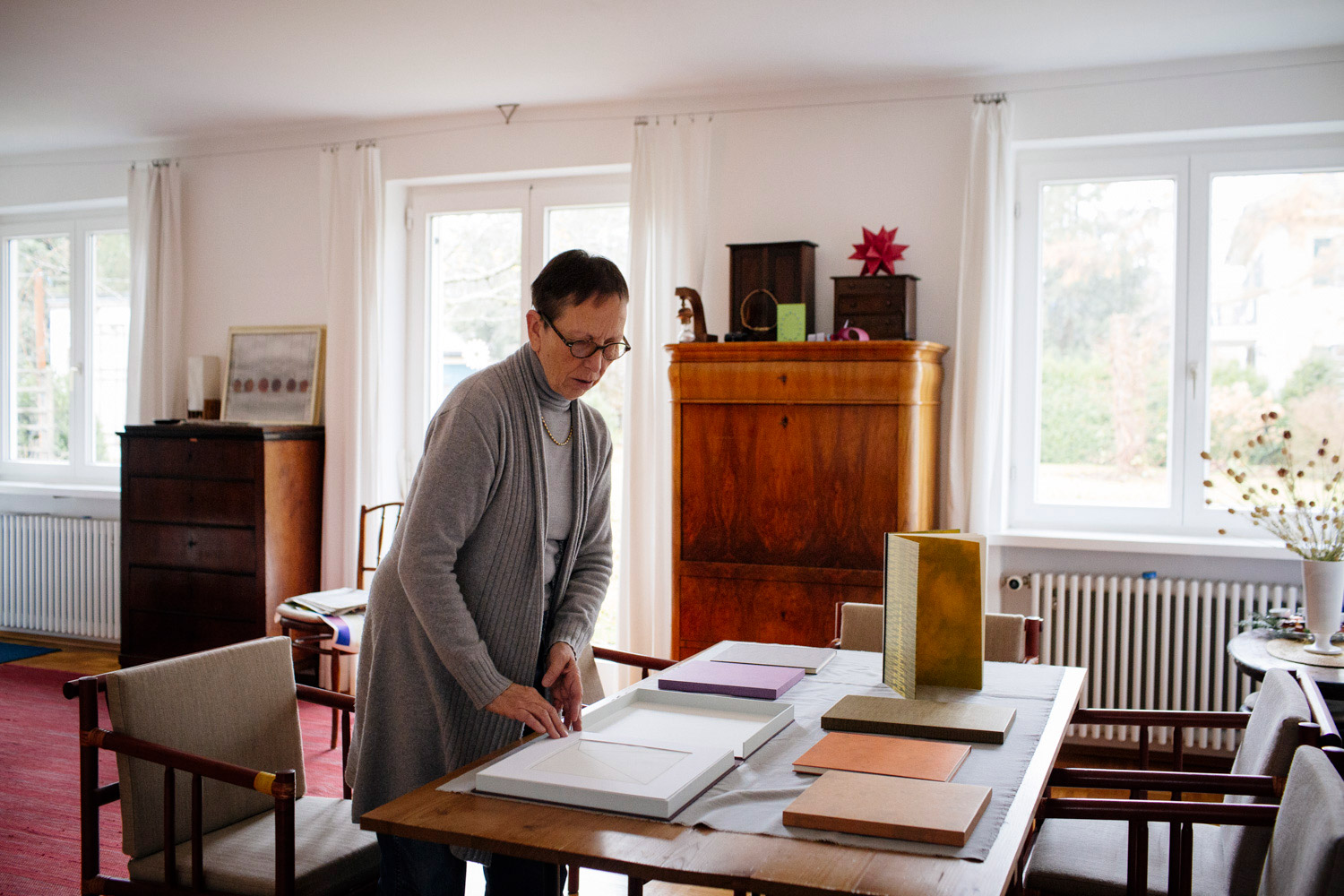 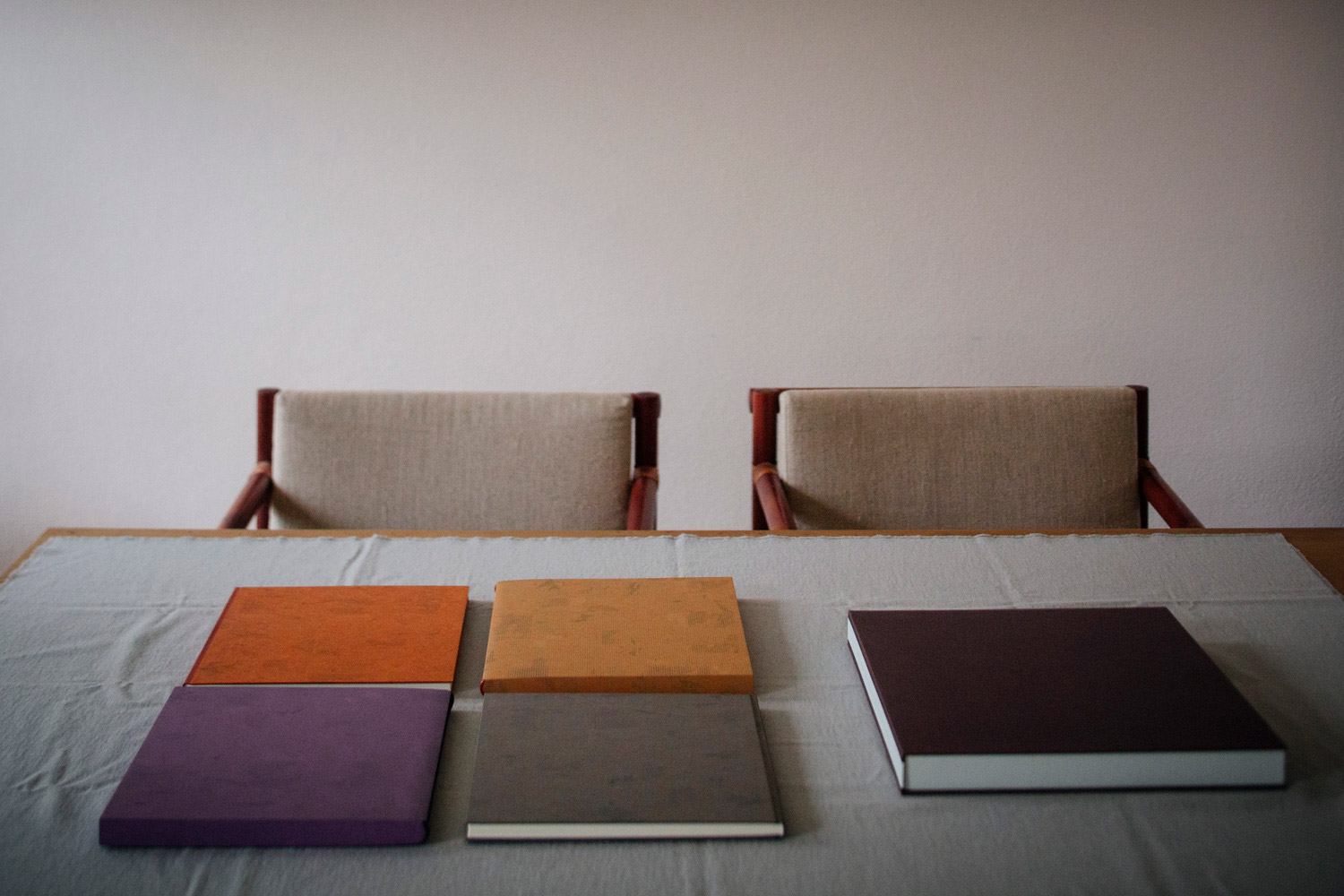 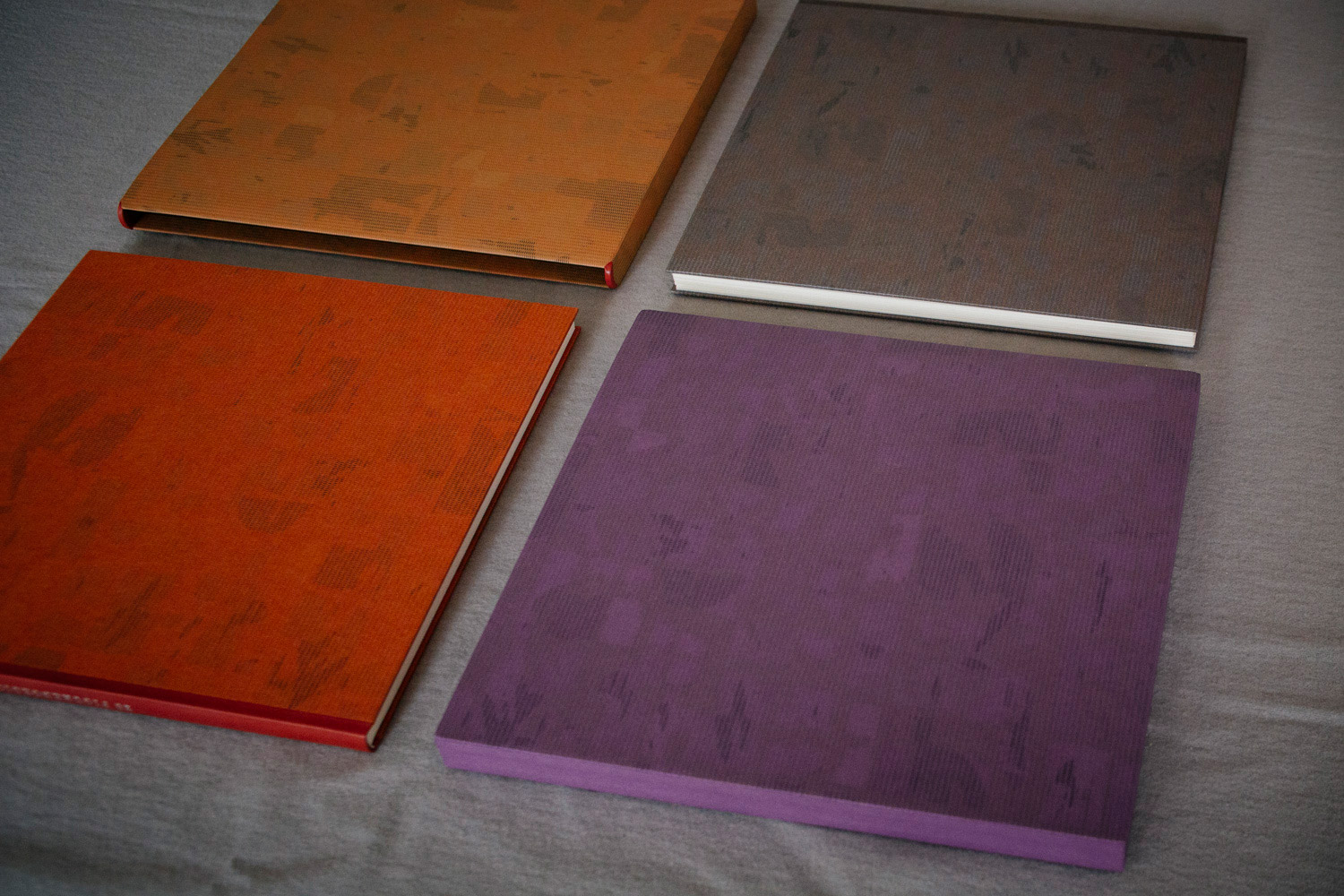 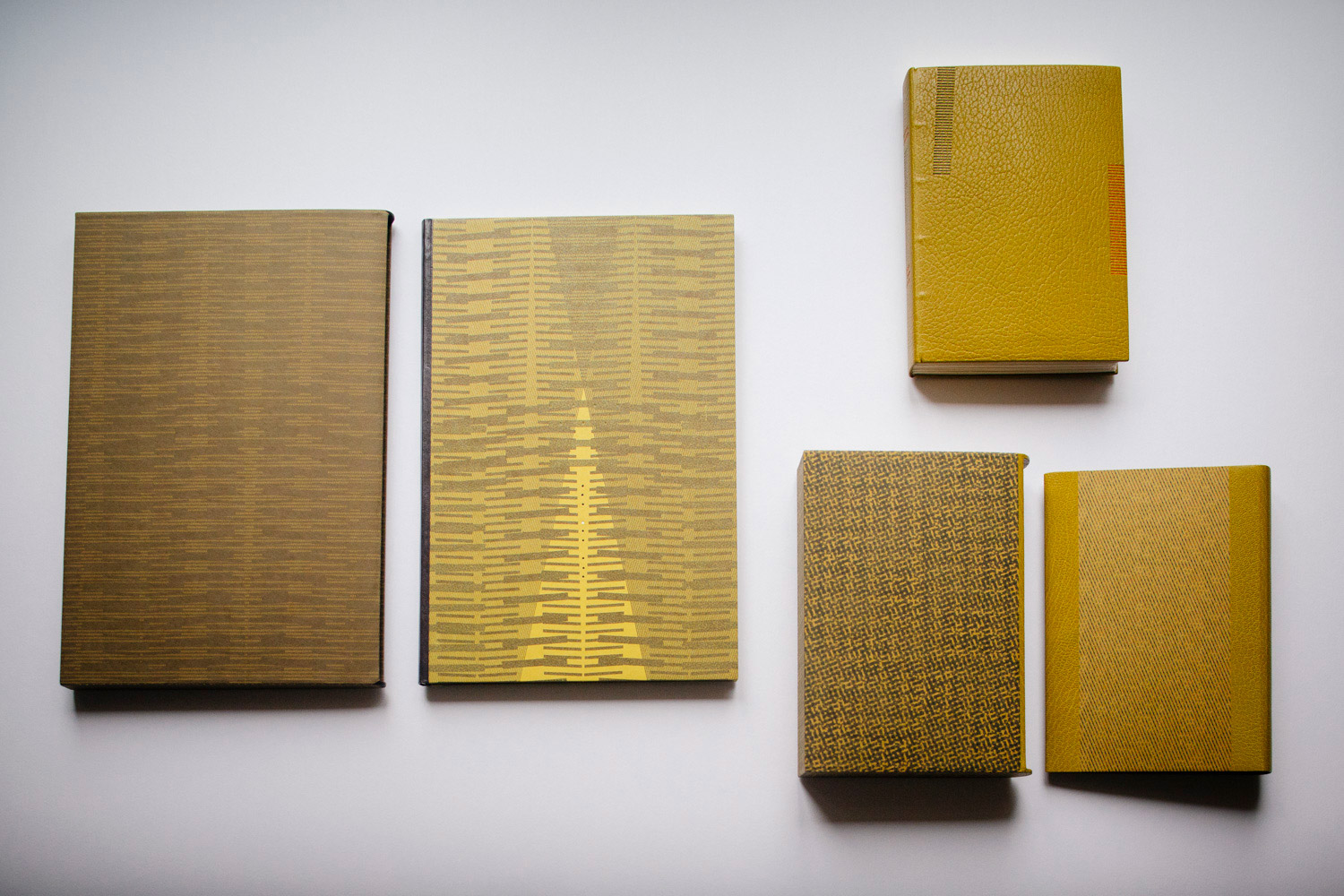 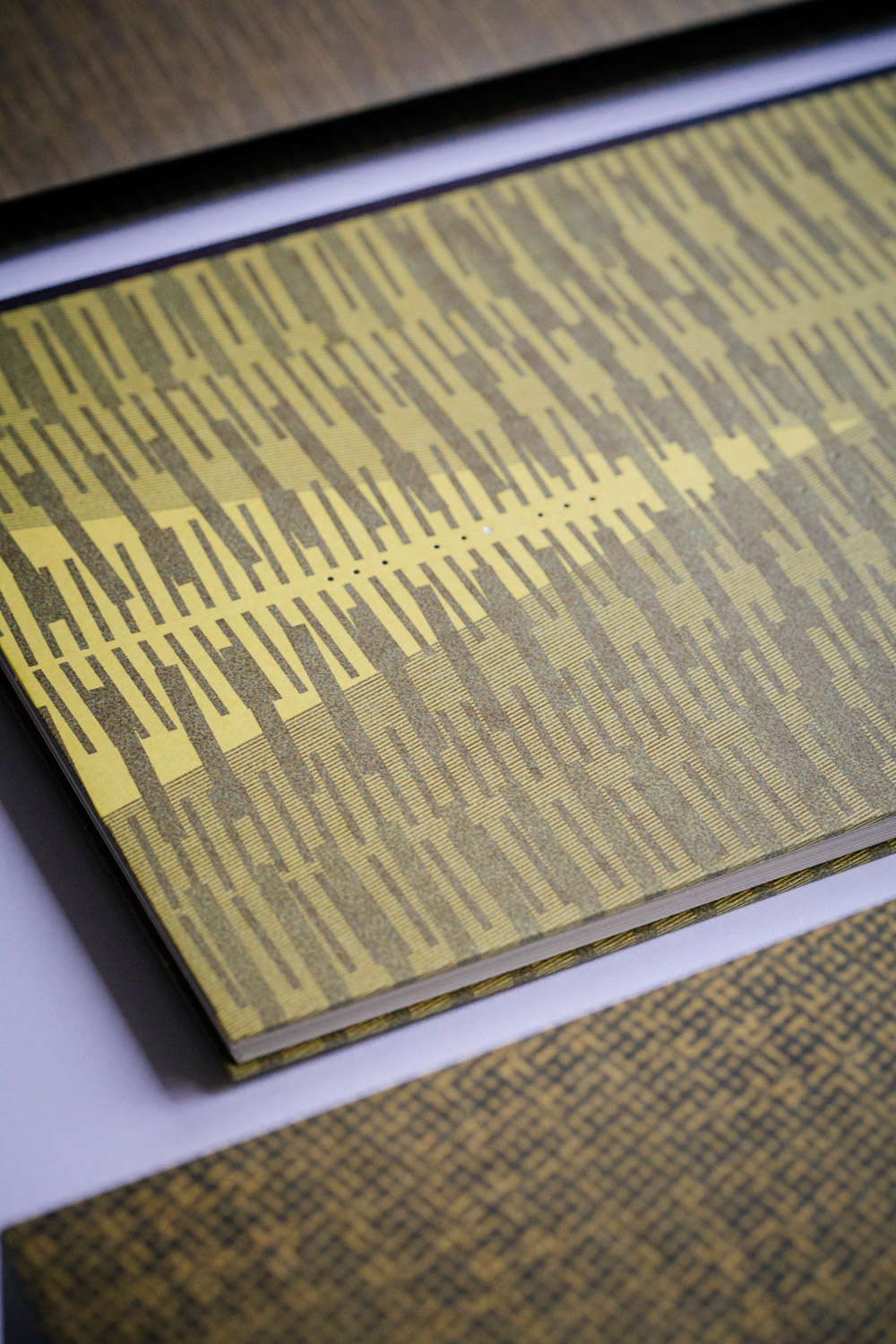 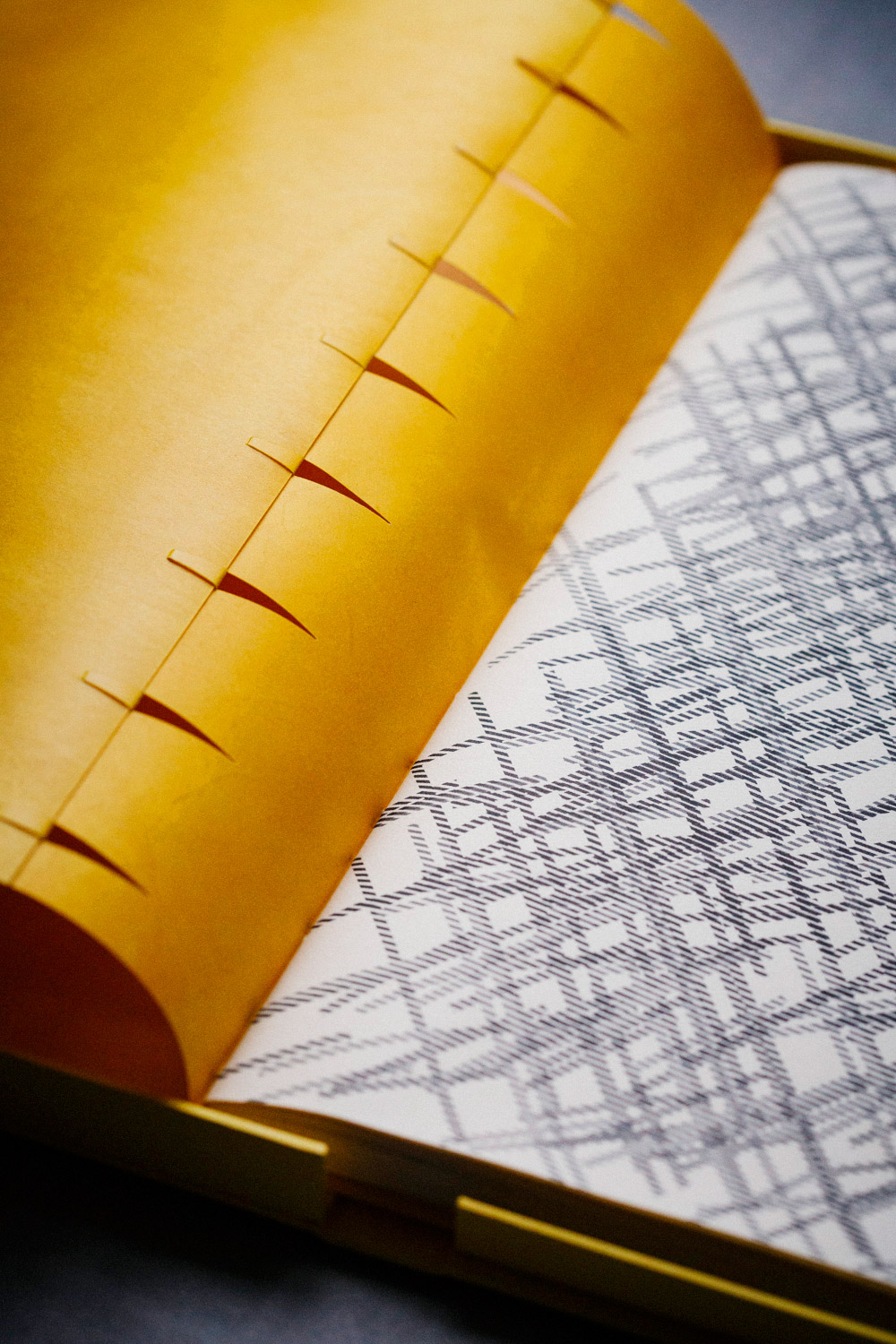 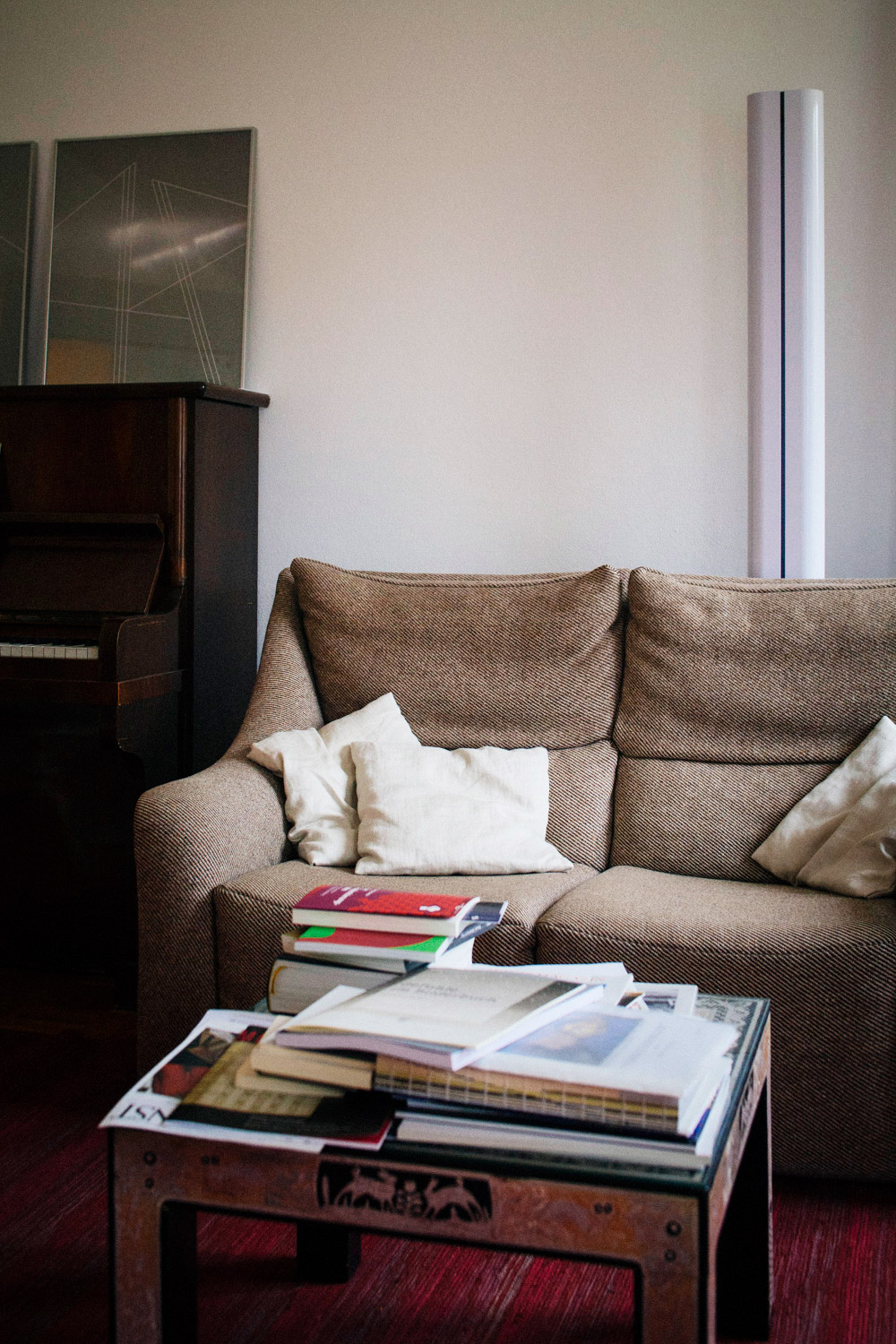 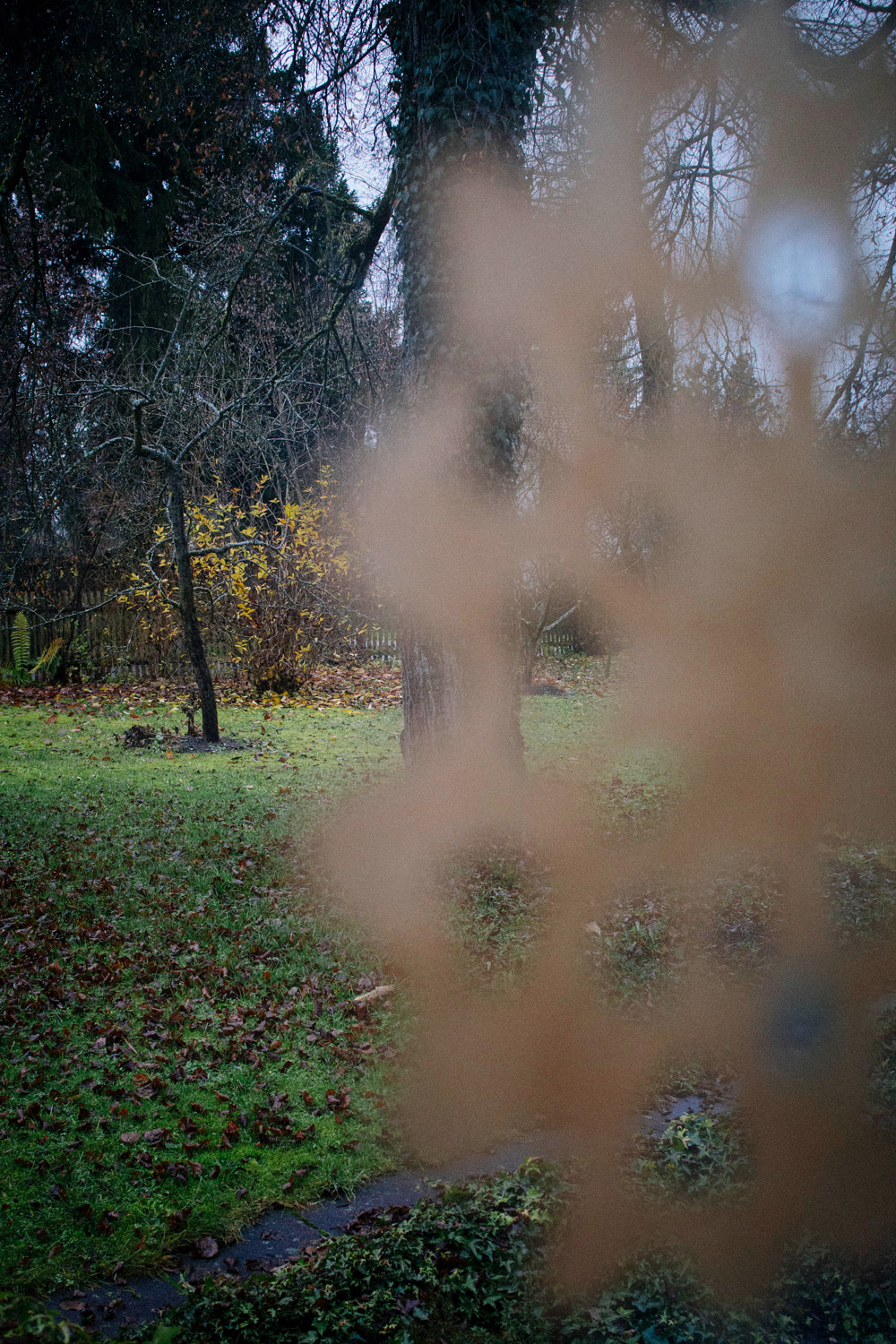 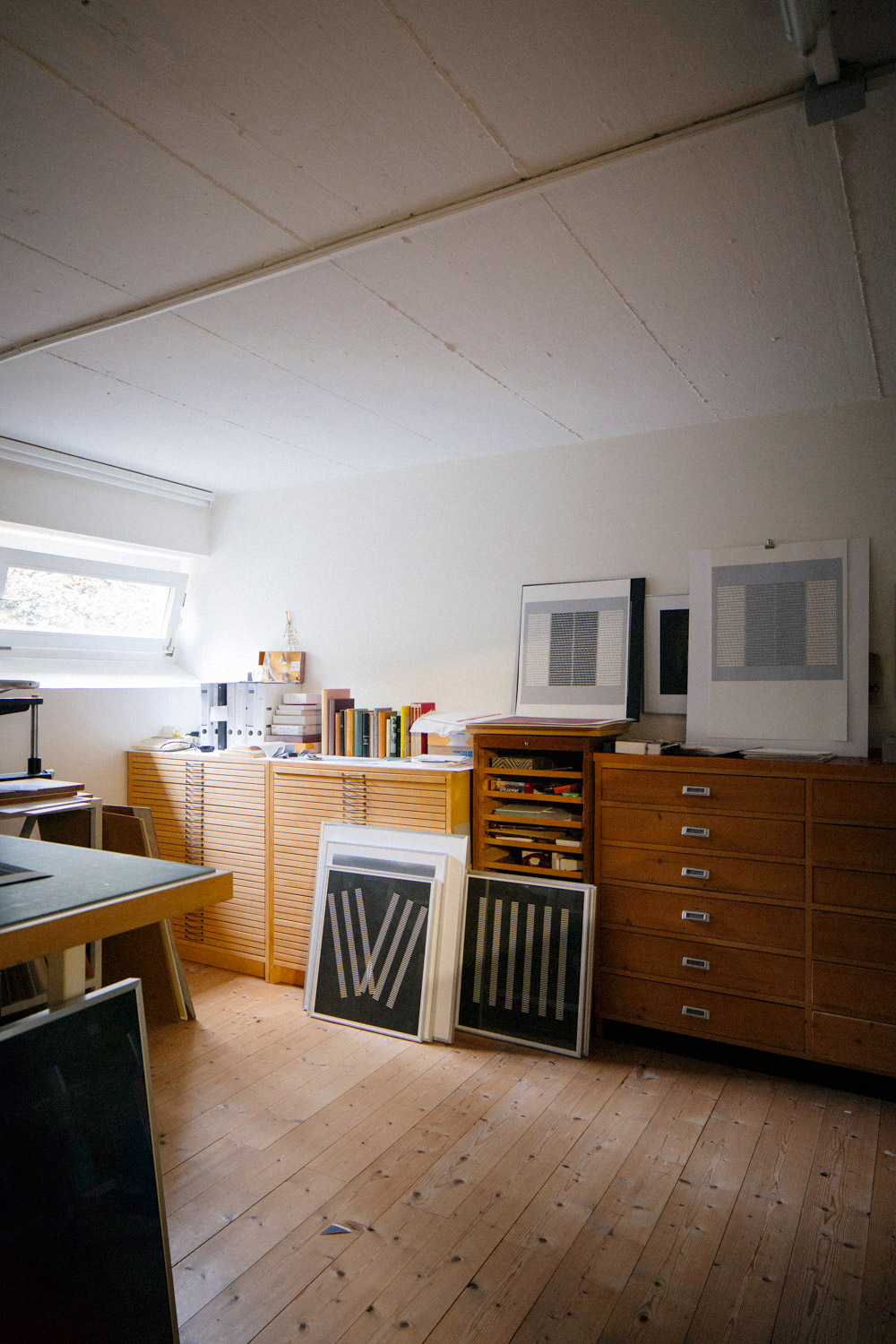 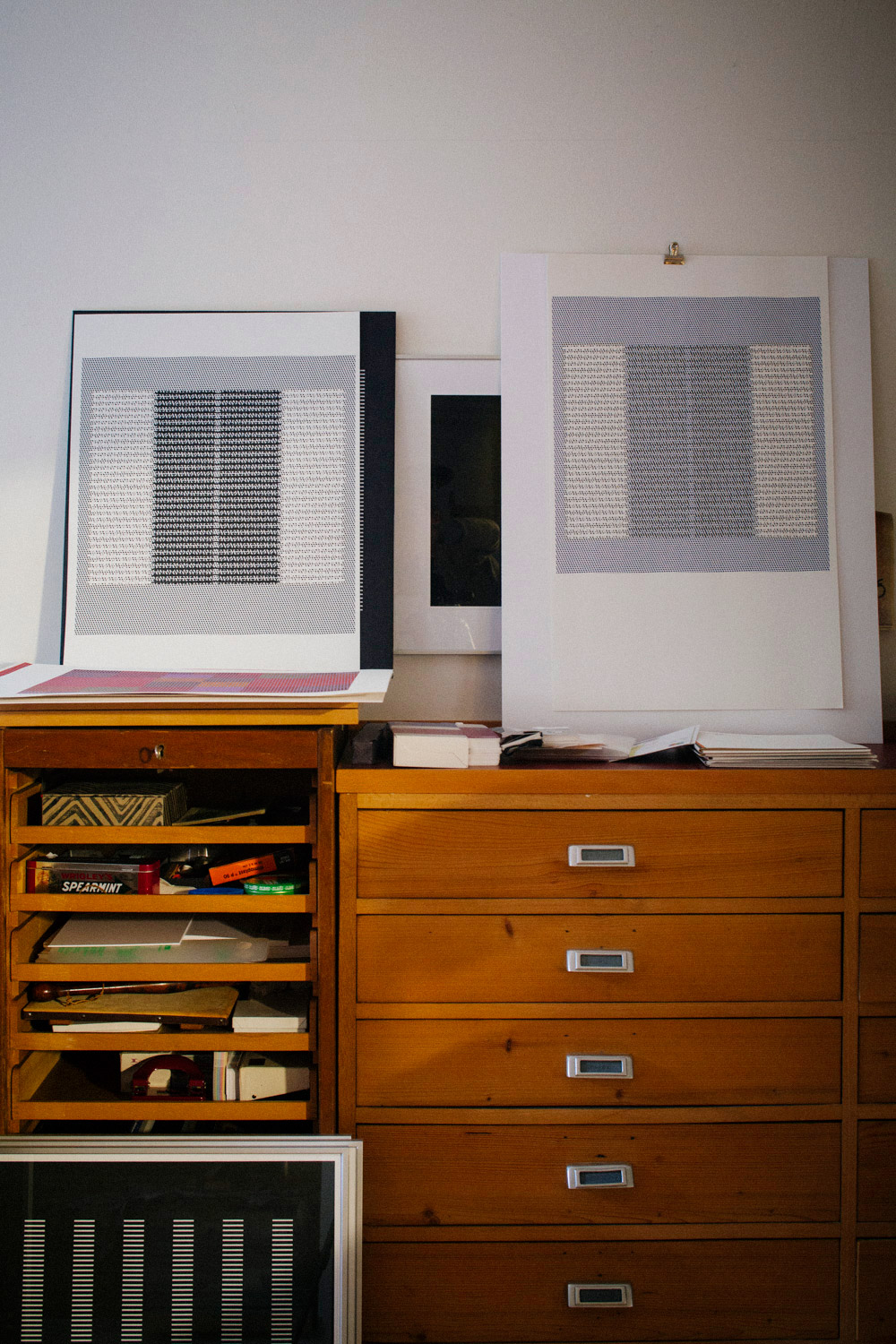 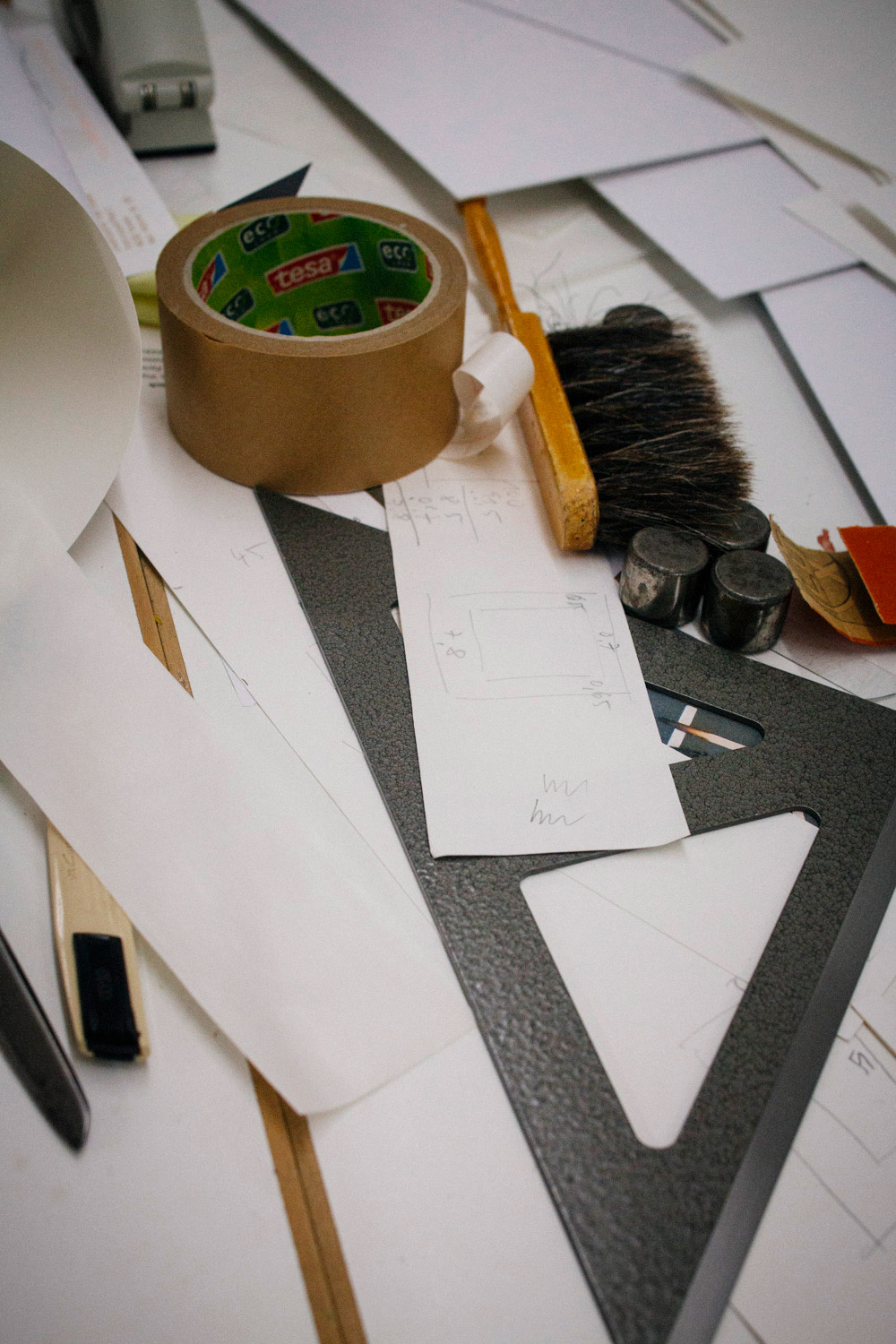 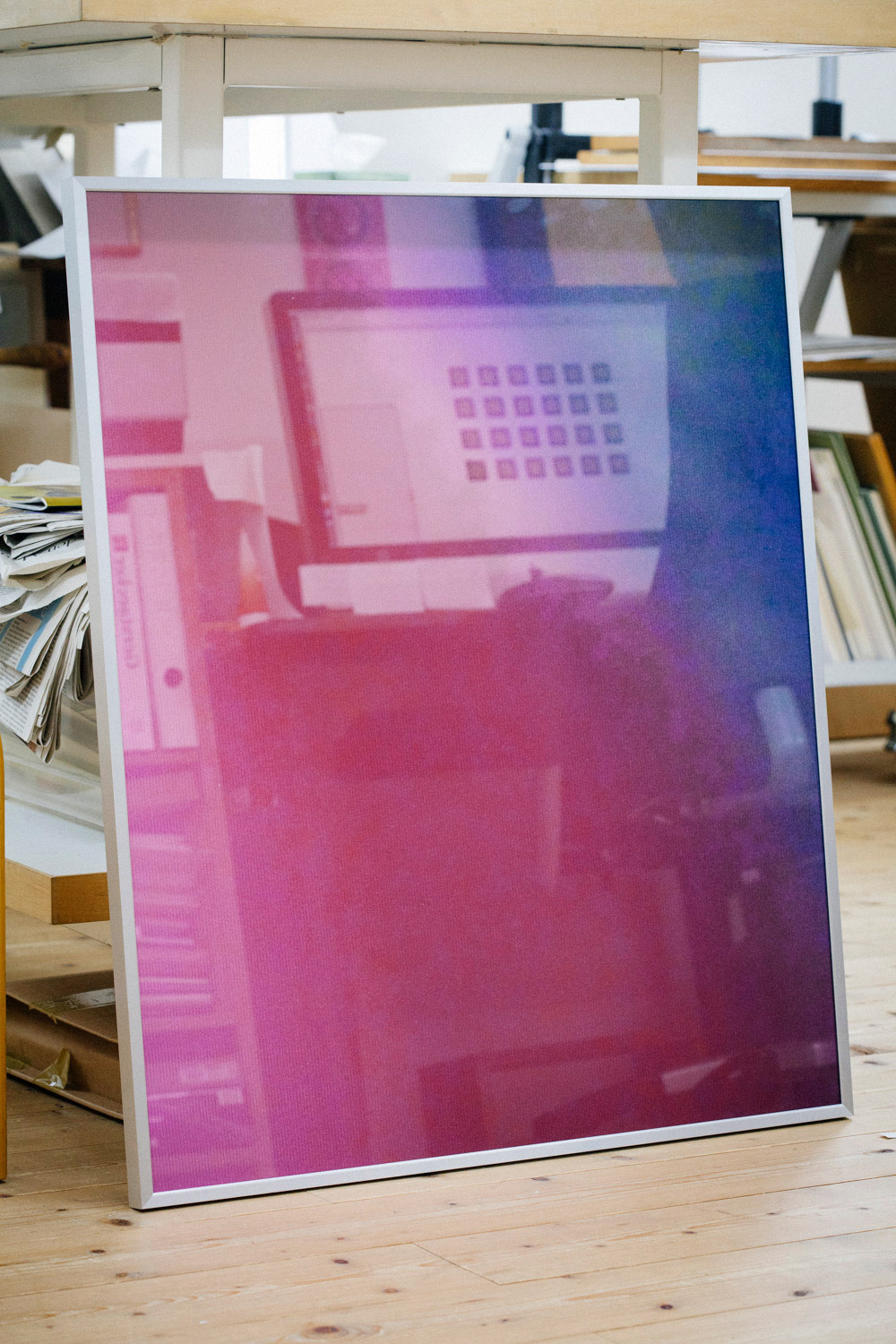 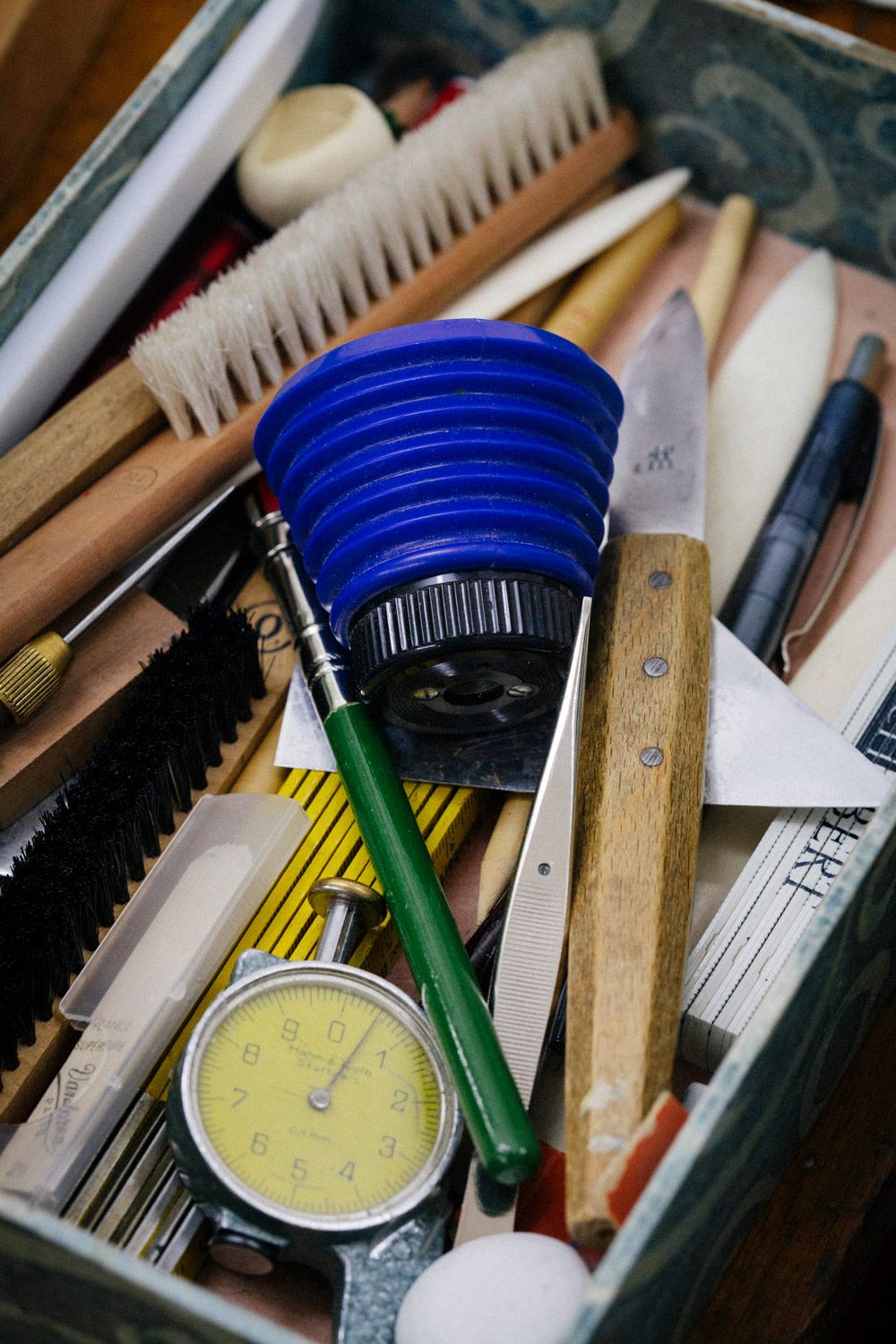 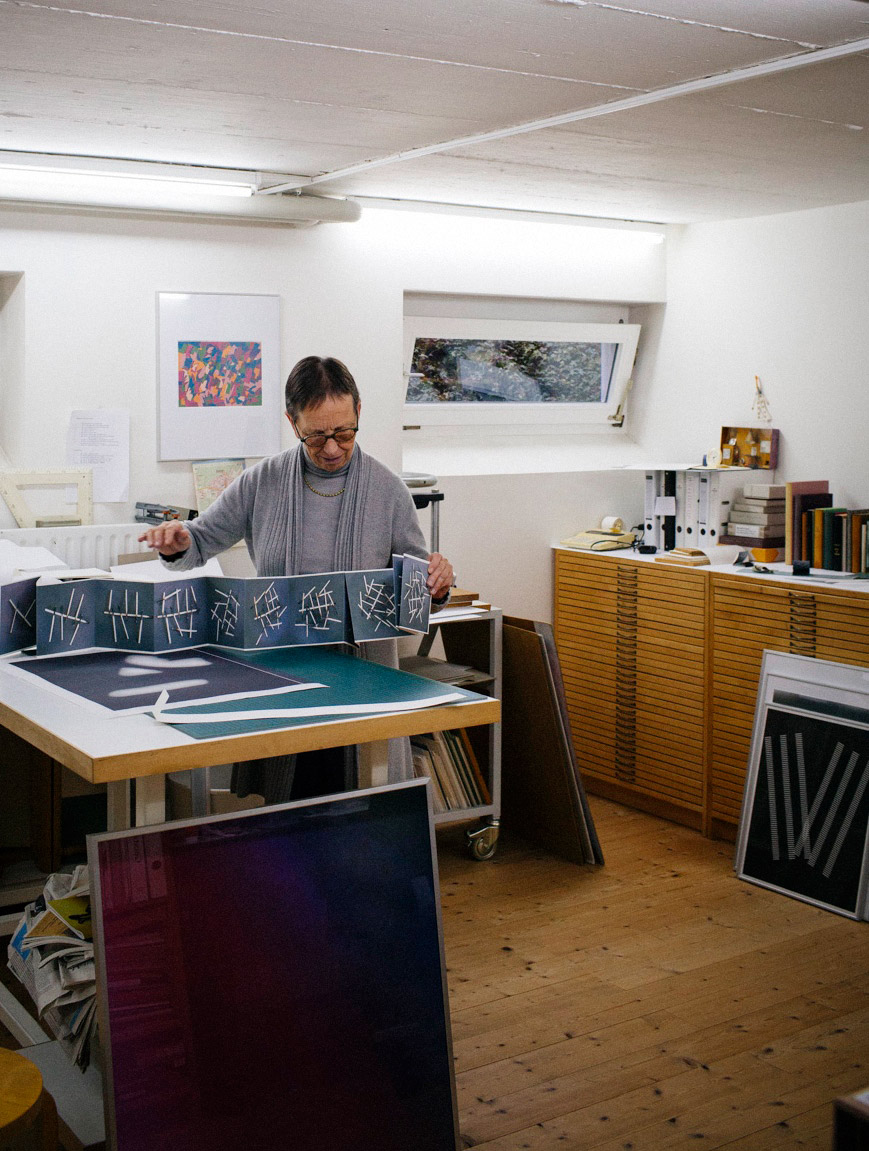 When I went to Paris in 1961 and was for the very first time able to admire works of French binding in all their refinement, I was immediately caught up in these contradictions. My longest standing companions were drawing and language, and, despite my then still rudimentary understanding of the Fine Arts, I had set my artistic ambitions very high. But overwhelmed by the great art in all the museums of Paris, how could I possibly be expected at the same time to understand the slick pathos of a Paul Bonet (1889–1971) this praised french bookbinder?

The directness with which one can paint or draw on paper was not possible in bookbinding. But since I know what my bindings should look like, I hardly work from drawn designs any more. Rough sketches – if at all – suffice. The finishing tools can be used in the rhythmic alternation of heating and cooling. Many a time during my life I very nearly gave up bookbinding in favour of a career as a restorer, translator or artist, but the profession always kept a firm grip on me and never once let me go. Conversations with fellow artists helped me to gain the necessary distance from our heavily traditional craft and not least from my own work. While restoration and bookbinding have always been my livelihood, my artistic work, both pure and applied, has always been a luxury. Whenever I had been particularly industrious, painting and drawing were given some priority, either in very small or in very large format, as the occasion allowed.

Exploiting the gestural character of drawing for endpapers and flyleaves seemed an obvious artistic strategy and was soon implemented. Indeed, it became one of the most direct ways of utilizing artistic motifs for the bookbinding craft. The drawing migrated into the realm of coloured paper – and vice versa, thus opening up even more possibilities for drawing and gouache techniques. For a long time my work was dominated by two opposing passions, my love of the formally strict at the one extreme and my love of the gestural and informal at the other. In the course of time, however, harmony established itself between the contemplative slowness of the craft and the dexterity of repeated, regular movements of the hand, between freehand gesture, whether careful or spontaneous, and the geometrically ordered, and the results became more and more conducive to the bookbinding craft. Conceptual strategies and chance operations engendered completely new, liberating results that reached far beyond any arbitrary handicraft. Indeed, it went without saying that the mastery of our craft – a comprehensive repertoire of skills in terms of material, form and content – is inseparably bound up with my artistic aspiration of achievement.

Now as then, there is still a constant exchange between my prints, drawings and bindings. While during the 1970s and 1980s it was the gestural that prevailed, I have for quite some time been devoting myself again to the constructivist and the concrete. Initially working with a paper patchwork technique, I can now achieve – thanks to the computer – exactly the coherence and coloration I envisage. But whether paper or binding, whether drawn by hand or by computer, my theme was and still is the definition of the surface: through uniform or rhythmic serializa- tion, through alternating symmetry and discord, through the in- terplay of harmony and modulation, layering, overlapping and fragmentation. Wherever I can, I use the most inconspicuous means and make do with as little as possible. Even the most complex of operations (which at times are too much for the computer) are in the end reduced to absolute simplicity. I never seek unusual or fancy materials. The bare necessities suffice: paper, parchment and leather. Neither technical sophistication nor experimental or aesthetic gimmickry interests me. What interests me above all else is the formal quality, the spiritual presence of a book in its corporeal form. Perhaps that is why I love such masters of language as Thomas Bernhard and Ilse Aichinger, Adalbert Stifter and Theodor Fontane, Kleist, Heine and Sebald, Nikolai Gogol und Ivan Goncharov, the Nouveau Roman and Samuel Beckett, James Joyce and the humour of John Cage… The retrospect shows that many of the things already present in the very early drawings, etchings, watercolours, gouaches, and in the bindings too, could eventually lead to a recognizable reality and new systems of order only via roundabout ways and not without many a sideways glance – systems of order that now and then had to expand into the three-dimensional. Excursions into the realm of the artist’s book were also undertaken from time to time – but that’s another story… That the way ahead is sometimes not only long but also difficult, making detours unavoidable, is something everybody knows. But doing justice to myself also means venturing into open, still unknown territory, with absolute confidence.