Some people are totally indifferent to art. For others, art means a lot, or even everything, in one form or another. The similarities and differences between art and craft have been a frequent subject for thought discussion. Be that as it may, our autumn edition – the 49th since our magazine’s relaunch in 2010 – features a series of articles which show that early training in a craft or creative activity can often serve as fertile ground for later artistic development.

Robert Smit learned to make musical instruments as young teen and began working in a metal factory at age 15. He found humus for his artistic development in the jewelry class of the Kunst und Werkschule in Pforzheim from 1963 to 1966. Afterwards, he designed abstract gold jewelry with precious stones, but sold his goldsmith’s equipment in 1971 in order “to be free again” and began to draw. Liesbeth den Besten describes the subsequent stages in his career. 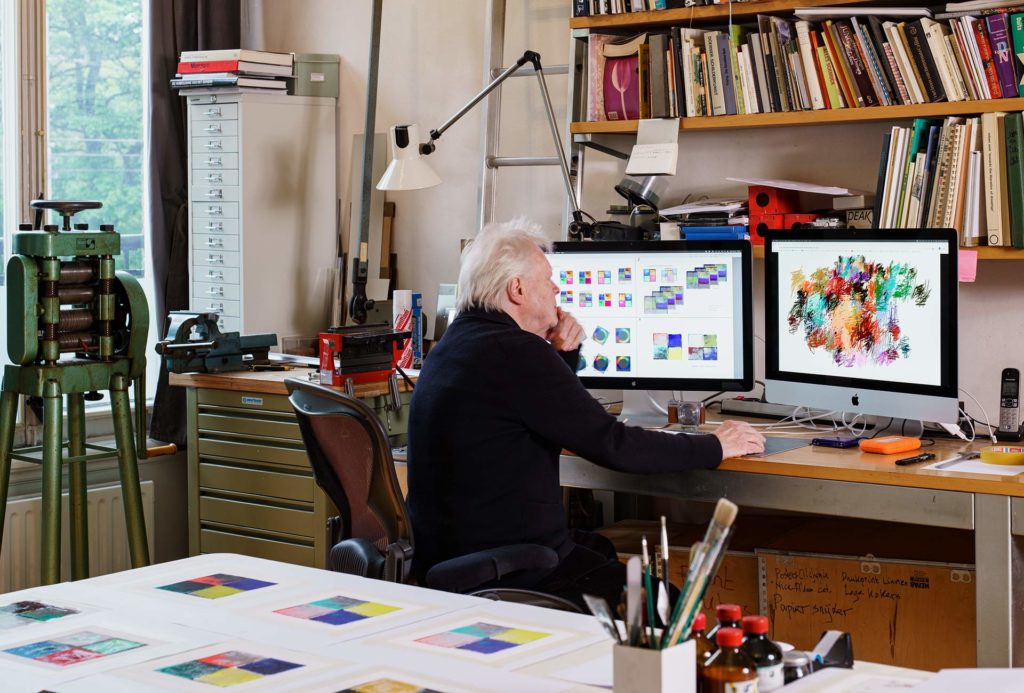 Designs are created on the computer for both the jewelry and the wall-sized drawings by Robert Smit.
Photo Wouter Stelwagen.

Bokyung Kim and Minsoo Lee discovered their love of porcelain as a material while training with the Korean ceramic artist and teacher Kap-Sun Hwang at Seoul National University in South Korea. But what they turn today on the potter’s wheels at their studio in Diessen, Germany also has to do with the Bauhaus. Although more than a century has elapsed since its founding, the legendary academy still provides rich humus for constructive creativity. Julie Metzdorf and Ulrike Myrzik visited the couple at Lake Ammersee. 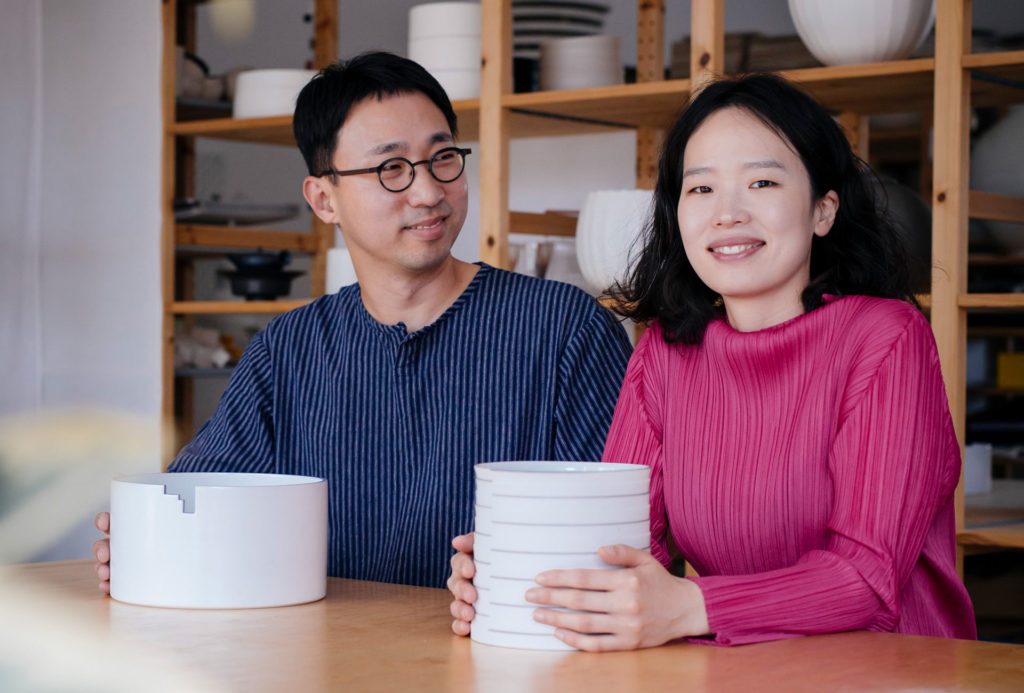 Bokyung Kim and Minsoo Lee. Their works spring from the same spirit, yet are different. Photo Ulrike Myrzik.

Cécilie Feilchenfeldt was born in Switzerland, grew up in Munich and has lived in Paris for 22 years. Her creative fabric designs inspire the couturiers of famous fashion houses to dream up new designs. As a child, little Cécilie would crochet, knit and embroider for hours beside her grandmother, a home economics teacher. It’s hard to imagine that this textile designer, who “grants herself the luxury” of also making textile jewelry and art objects, would have found her career without the early formative influence of her grandmother. 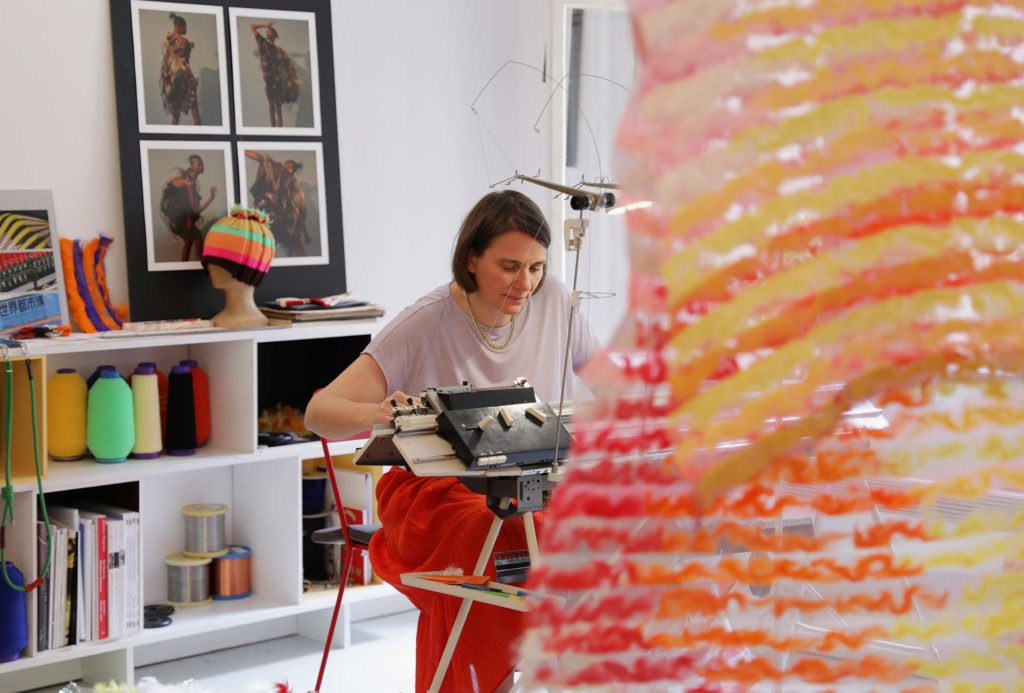 Louise Bourgeois was born in Paris in 1911 and lived in New York City from 1938 until her death in 2010. A one-woman show at Gropius Bau in Berlin is now honoring this internationally important artist, whose work also has a background in crafts. As a child, she regularly helped out in her family’s tapestry repair workshop. Later, through her textile works, she sought to preserve and transform the past, as well as to heal the traumas caused by separations or abandonment.

The Loewe Craft Prize 2022 (part 1) is another central theme in the autumn edition of Art Aurea. We present artworks by the prizewinner and information about her, as well as focusing on commendations and other exciting participants who were selected for the exhibition in Seoul.

Reviews – exhibitions, competitions, and a book about jewelry

Friedrich Becker: Born to Play. The Düsseldorf-based pioneer of jewelry art would have celebrated his 100th birthday in 2022. Art Aurea explores the centennial exhibit, which continues at the Goldschmiedehaus in Hanau until October 16, 2022.

Helmut Brade on Gertraud Möhwald. An exhibition of works by the ceramic artist from Halle (Saale), who shaped a generation of younger ceramists, continues at the Ceramics Museum Westerwald in Höhr-Grenzhausen until February 26, 2023. 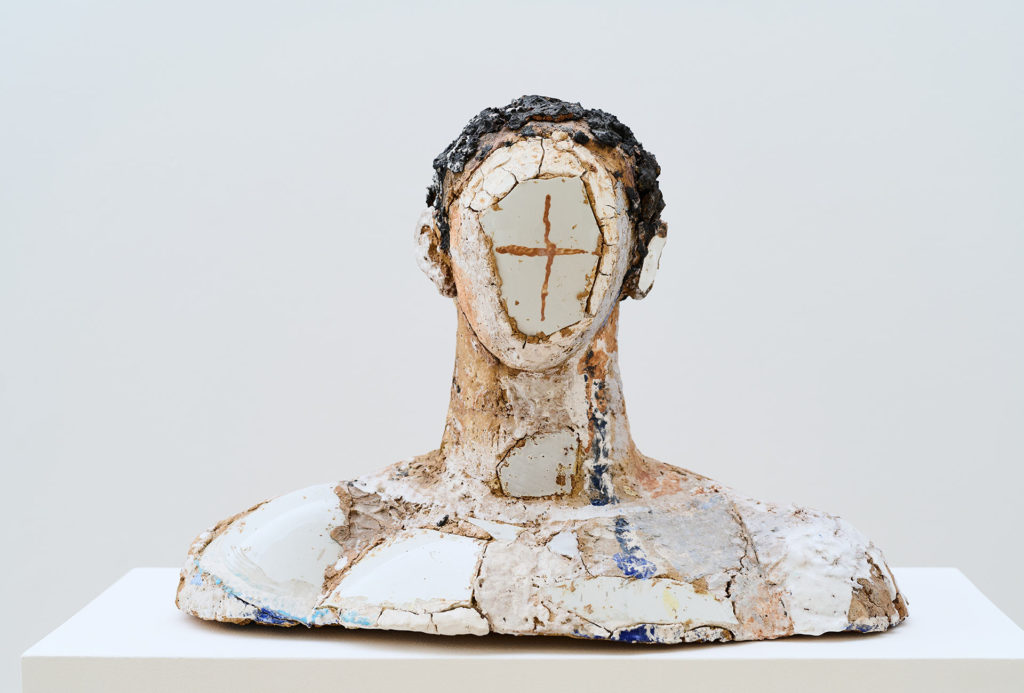 Bavarian State Awards for Design 2022. We profile the prizewinners, who were chosen at the International Crafts Fair in Munich.

The Herbert Hofmann Prize for Jewelry Art at Handwerk & Design in Munich. The three winners are Caroline Broadhead from Great Britain, the artist duo Conversation Piece from Sweden, and Sungho Cho from South Korea.

Now From Here: German Ceramists from East and West. The exhibition will display works by 17 German ceramists at Galerie Marianne Heller in Heidelberg from September 4 to November 6, 2022.

With a selection of important sculptures and drawings from the past two decades, the Albertina pays homage for the first time to the oeuvre of Tony Cragg. The show continues until November 6, 2022.

Preliminary report on the 25th Zeughausmesse, at KühlhausBerlin, Luckenwalder Strasse 3 in Berlin, from October 13 to 16, 2022.

Barbara Schmidt’s book 350 Words for Jewelry is a delight for jewelry lovers and simultaneously also a handsome volume that conveys diverse new insights into an ancient and archetypal theme of human culture. 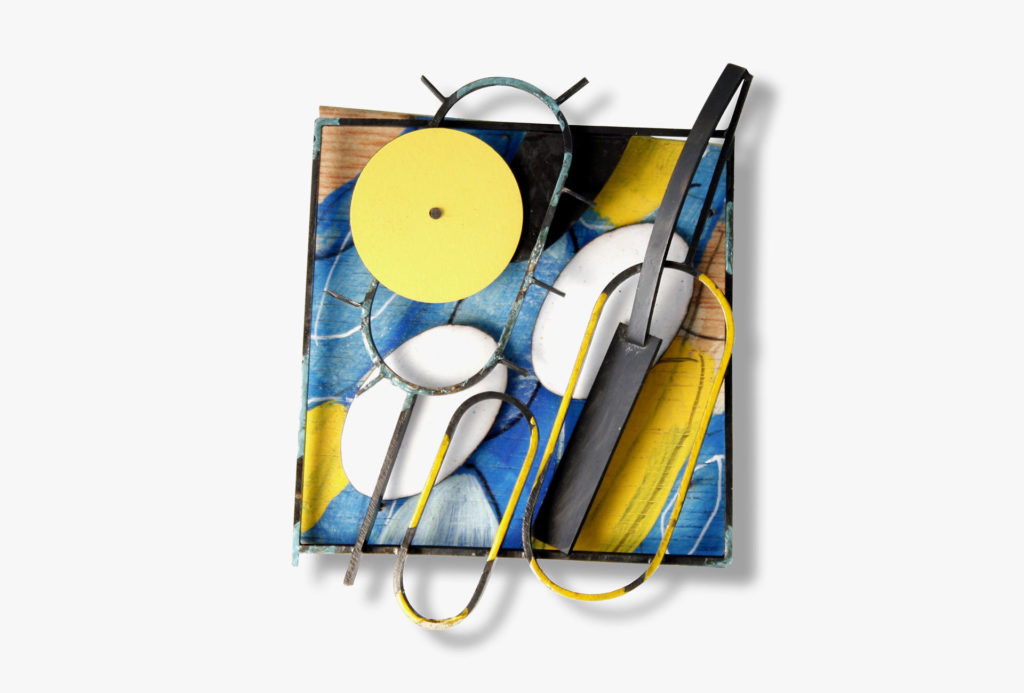 Brooch The Cactus grows slowly, 2012, by Ramon Puig Cuyas, jewelry artist and former professor at the Escola Massana in Barcelona. Illustration in the book by Barbara Schmidt.

The 49th edition of Art Aurea, Autumn 2022, contains 92 pages including its cover and is available at leading galleries and specialty shops for 12 euros (E.U. 14 euros) as well as by subscription. Copies can be ordered by sending an email to artaurea@pressup.de or at https://artaurea.de/abonnement/