The studio in the shed on Fraenkelufer in Berlin-Kreuzberg is a former horse stable originally built in 1860. The jewelry artist and ethnologist Martina Dempf established her workshop in this handsome brick building in 1985 and added a gallery in 2005. The gallery primarily serves as a showroom for her own work, but also annually hosts thematic exhibitions featuring joaillerie d’auteur, photography and painting, accompanied by readings, concerts and film screenings. Commenting on the exhibition of works by Sam Tho Duong and Susanne Elstner, Martina Dempf explains: “Both artists succeed in condensing the quintessence of their ideas and materials, which they then bring to unique artistic expression in their works.” 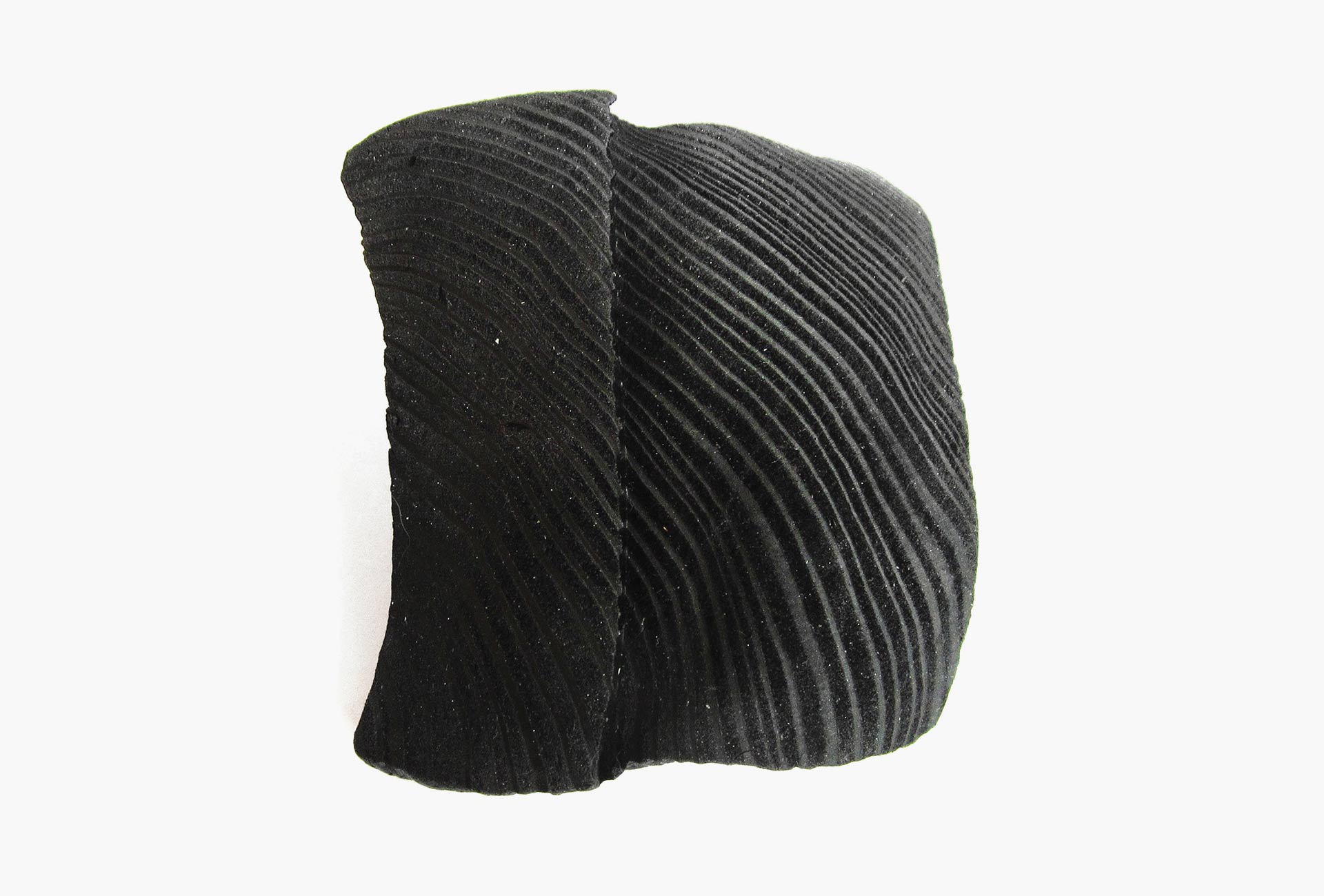 In order to achieve interesting structures Susanne Elstner burns the charcoal for her jewelry herself. Brooch and pendant from 2018. 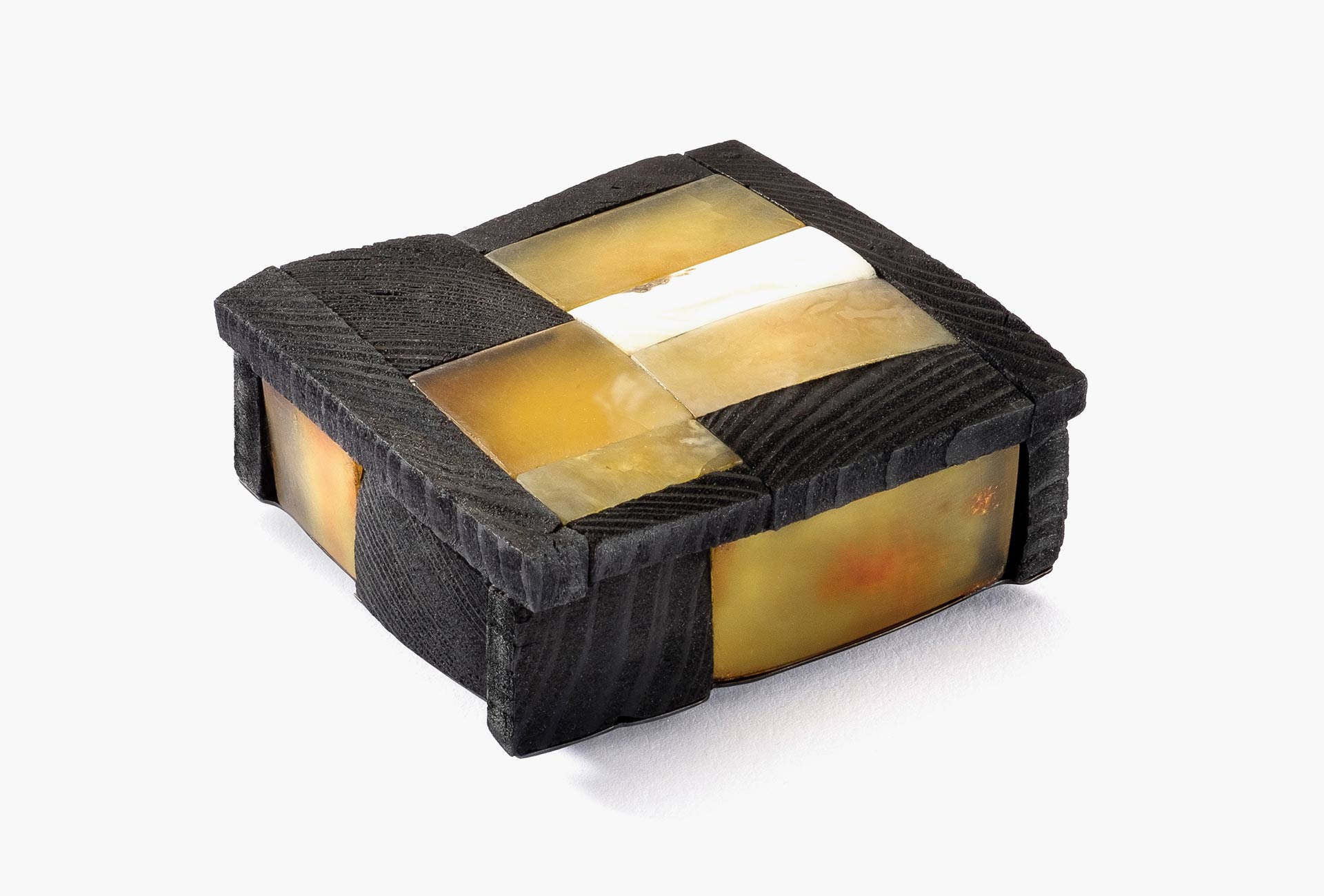 In this box brooch, Susanne Elstner has combined charcoal with amber.

Alongside gold and silver, Susanne Elstner’s basic materials also include charcoal and amber. She makes the charcoal herself, carefully controlling its charring to preserve the typical character of each variety of wood. For example, the annual rings of the larch appear as interesting and clearly recognizable structures. She uses a special method to stabilize the charcoal so it can be further processed and no longer leaves black marks on surfaces. By juxtaposing charcoal with amber, Susanne Elstner reunites two materials that were originally one, but were subsequently transformed into different consistencies by time and circumstances. 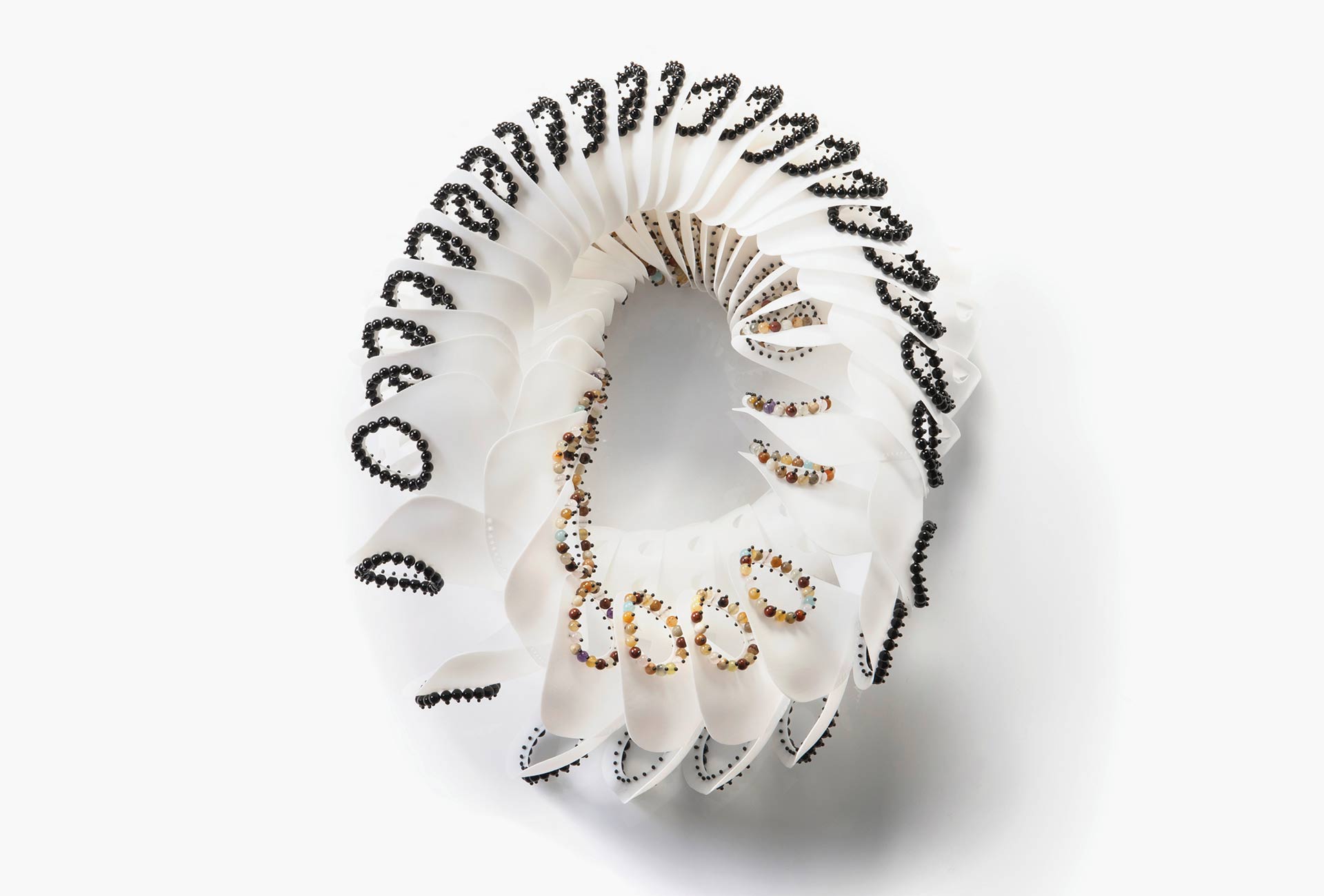 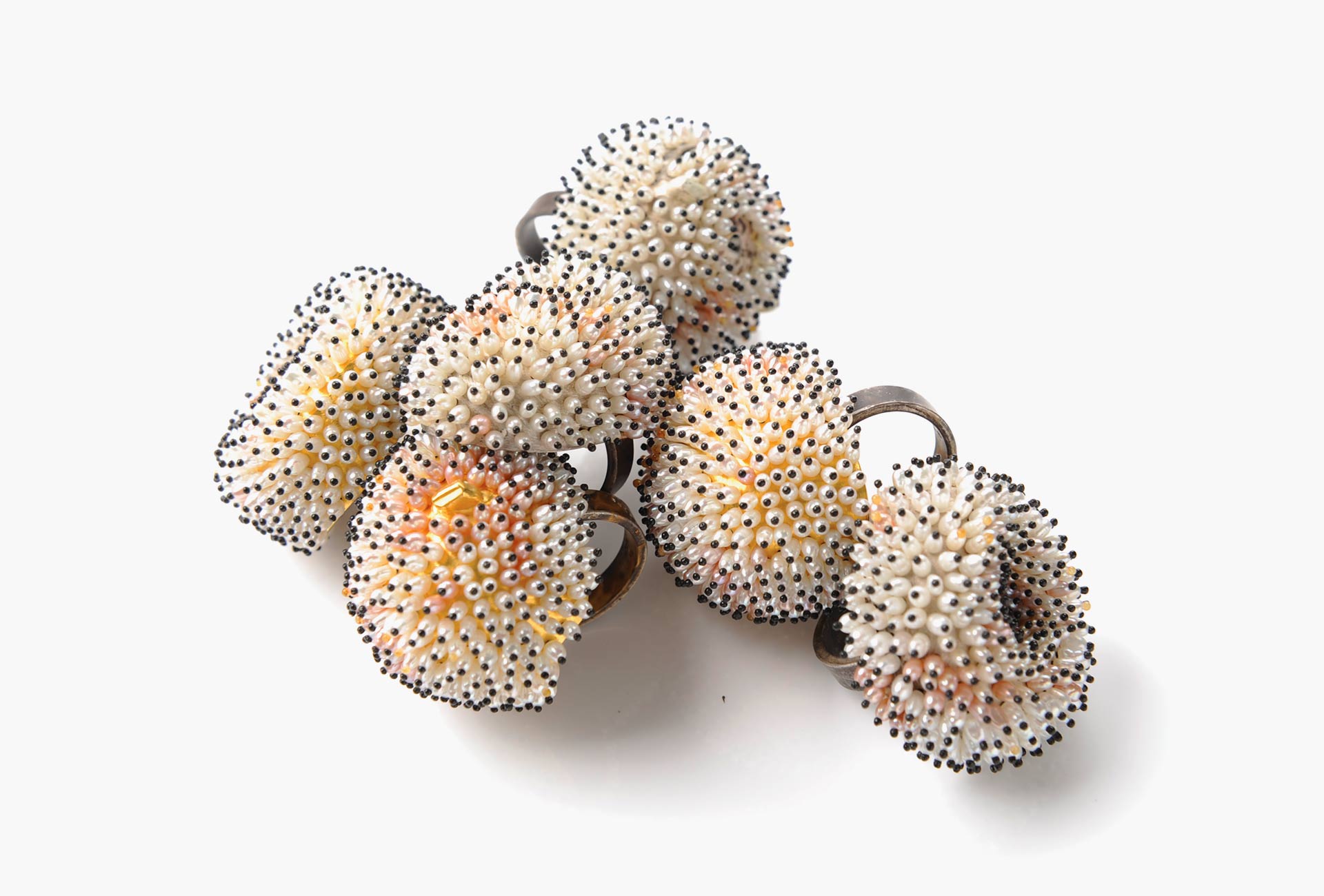 Rings LOOK. Sam Tho Duong became internationally known for his jewelry made from freshwater rice grain pearls. They are connected with nylon threads. Photo Petra Jaschke.

Sam Tho Duong is best known for his “Frozen” necklaces, which call to mind the ice crystals that precipitate as frost on the bark of branches and the skin of fruits. His “lemitcA” collection, for which he reuses the plastic from yoghurt beverage bottles, alludes to the late medieval ruff. Commenting on his latest “Virgin” brooches, he explains: “The climax for many plants is their flowering period, during which formerly inconspicuous plants suddenly reveal an incredible wealth of colors and forms. With ‘Virgin,’ I have deliberately confined the color spectrum solely to white, thus allowing undivided attention to focus on the form.”

Martina Dempf asks that you register in advance for the vernissage on October 9th from 7 to 9 p.m.