The winners of the Herbert Hofmann Prize were announced by the jury even though the 2020 Internationale Handwerksmesse and SCHMUCK special exhibition in Munich were cancelled. This year’s prize winners are Melanie Isverding and Katrin Feulner from Germany and Carla Nuis from the Netherlands. The jury, consisting of Professor Otto Künzli from Munich, Jantje Fleischhut from Düsseldorf, Dr Gert Bruckner from the Danner Foundation Munich, and Dr Sabine Runde from Frankfurt, met on Friday 13 March 2020, some of them virtually, to select the three award winners. 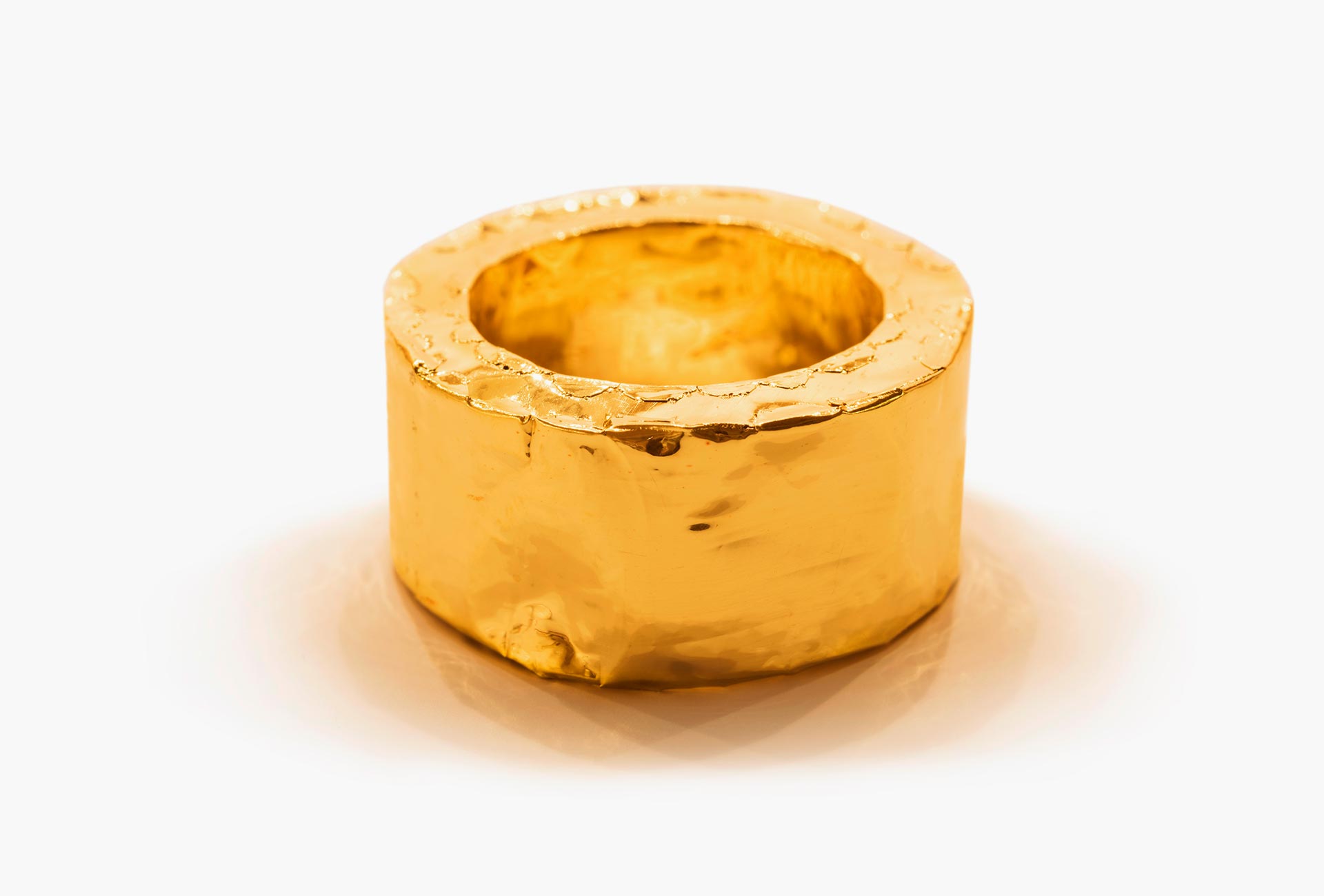 Ring made from thin gold sheeting by Carla Nuis, Netherlands.

Carla Nuis’ gold ring appears solid and heavy at first glance. It is actually made of wafer-thin welded gold sheeting, which makes it hollow and light as a feather. If the ring is worn, the first handshake would deform the ring and change its shape. This reveal its real nature – fragility. This convinced the jury to award the Herbert Hofmann Prize to Carla Nuis. “This work shows the never-ending interplay between appearance and being. The ring is not intended for eternity, but is change embodied, a claim to infinity is transformed into perishability.” 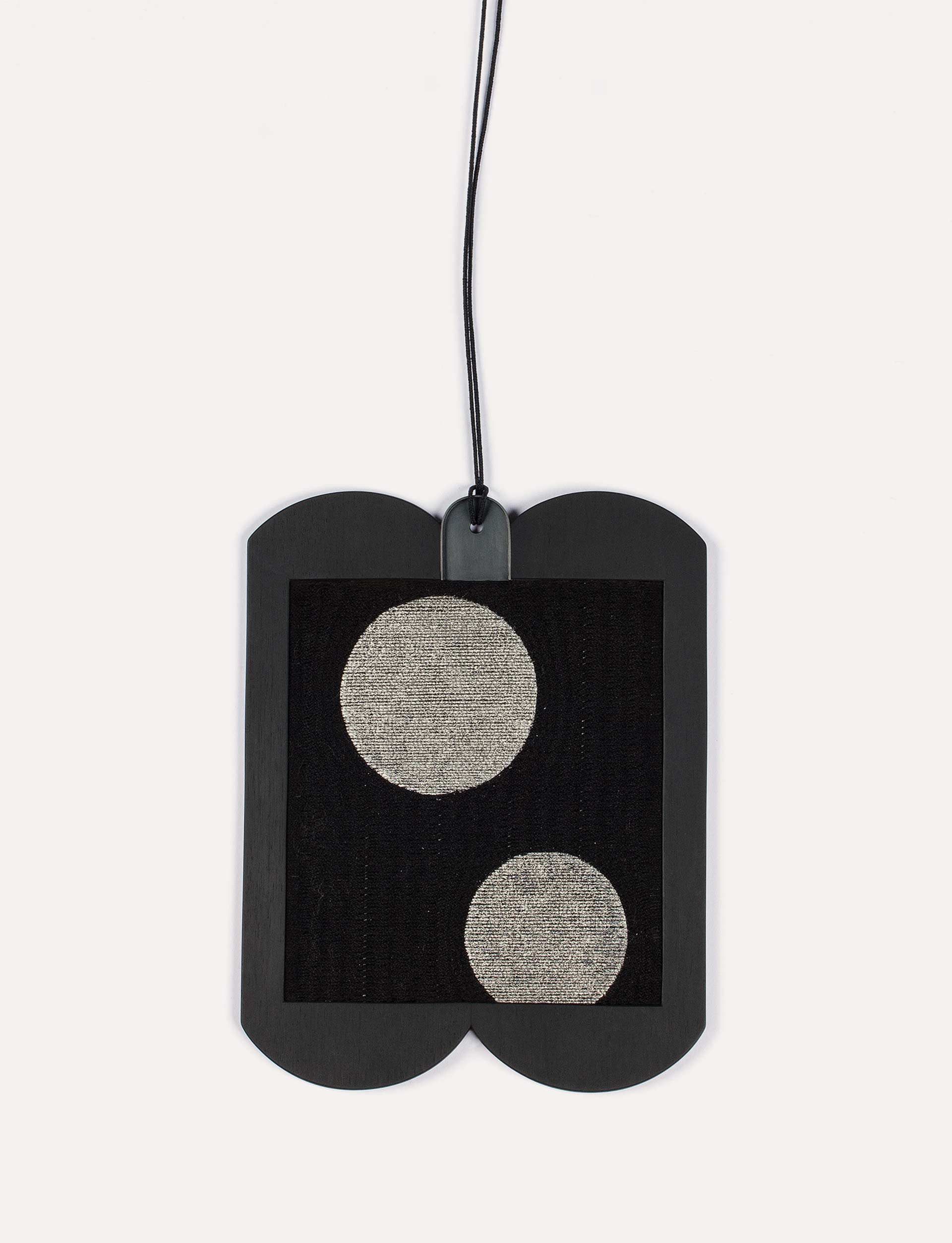 “Melanie Isverding‘s large-format necklace with palladium-coated circular discs impresses with a very sophisticated graphic reduction and exciting composition,” the jury explained. “The fine-tuned black tones of the ebony frame, the woven cotton field, and the blackened silver hanger contrast with the circular discs. The symmetrically constructed frame also contrasts with the two disks, which could be interpreted as heavenly bodies, suggesting the movement of planets. When dealing with weaving processes, reference is made to the Greek mythology of weavers. The creation of textile fabrics is seen as a metaphor for the emergence of thought structures, stories, and a design to look at the world.” 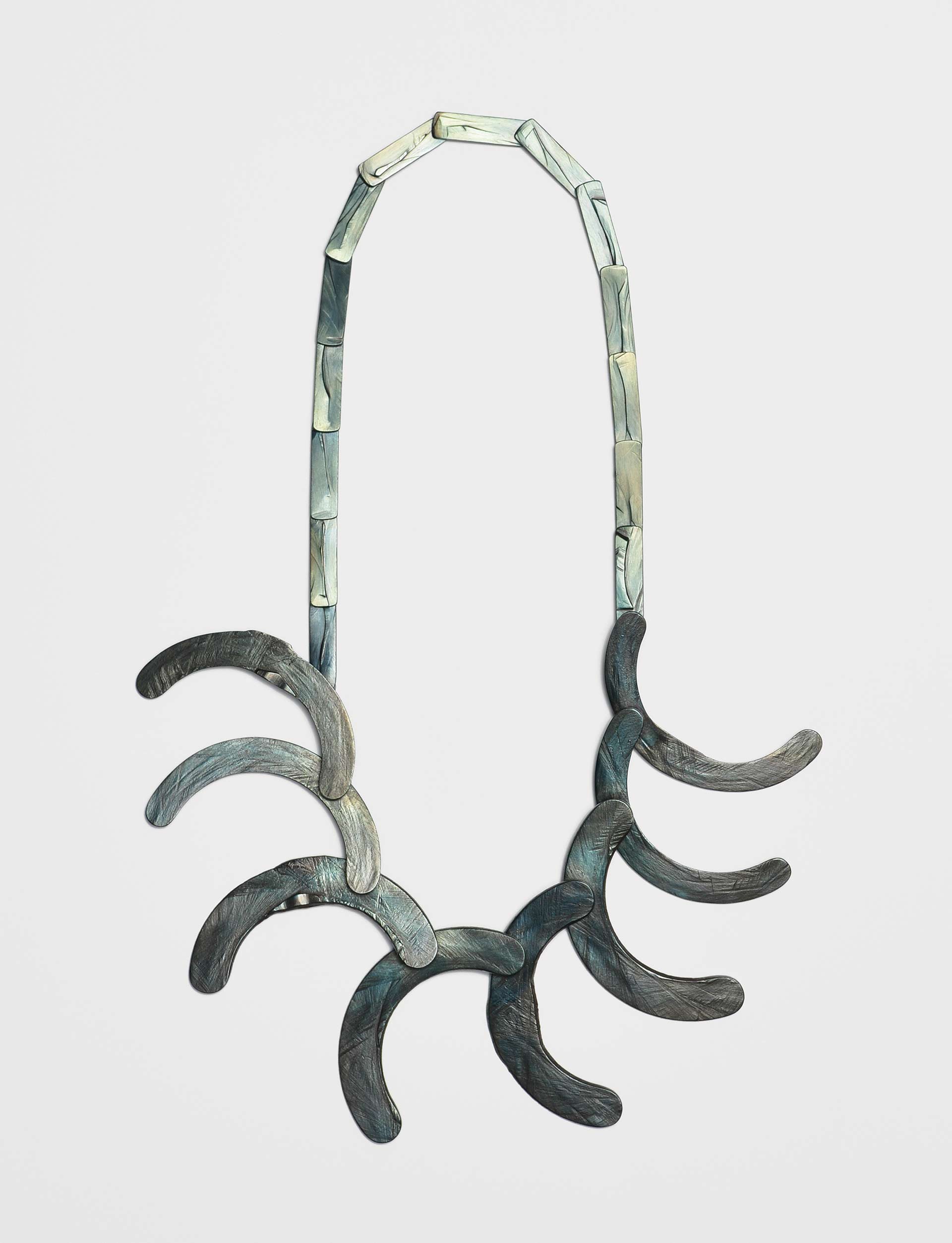 Katrin Feulner’s jewellery pieces from the “Cut” series are made from found metal objects. geometric shapes such as circles, profiles, and bars form basis for these pieces. The individual elements are cut into slices and reassembled. “Pattern repetitions and a certain rhythm, balance, and tension can develop,” according to the jury. “The basic technique of sawing with different goldsmith’s saws creates a slightly moving surface, which is softened by grinding and exudes something soft and gentle and invites you to touch it. A very simple means of design, a targeted sawing movement, turns jewellery pieces that are originally made of raw steel into cuddly jewellery which is pleasant to wear. The inner and outer processes play a role in her works. The craft processes are as important as the results.”

This year, a total of 802 goldsmiths and jewellery designers from 61 countries submitted their work to be selected for presentation at the renowned SCHMUCK special exhibition.