After apprenticing in ceramics and earning a degree in industrial design in Munich, Ulrike Umlauf-Orrom (born in 1953) began her master’s studies at the Royal College of Art in London, where she discovered glass as a medium. Her first works were freely blown drop-shaped objects, sensitively balanced, cut and covered with sand-blasted textures. She then turned to sand casting, a technique that gave her greater artistic freedom and resulted in poetic sculptures which allow multiple interpretations thanks to her conscious use of diverse surfaces, along with inclusions of color and metal. The desire to be able to work self-sufficiently in her atelier and to shape the molten glass prompted her to invent her own variant of glass fusing: panes of glass, colored with enamel, are melted in a kiln and formed. 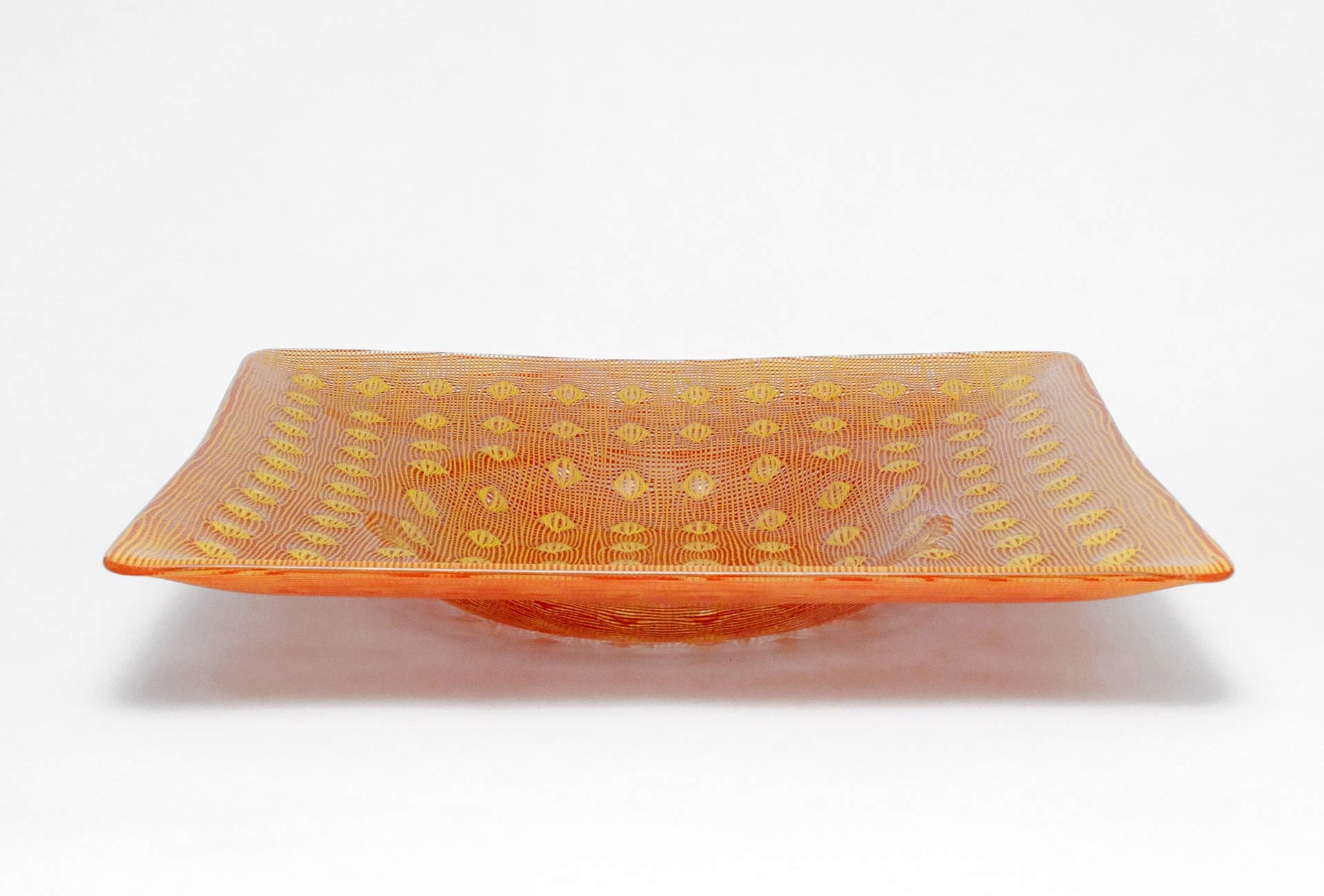 Glass bowl by Ulrike Umlauf-Orrom. Through multiple layers, air inclusions and the overlapping of colour threads she achieves structures of great density and depth. 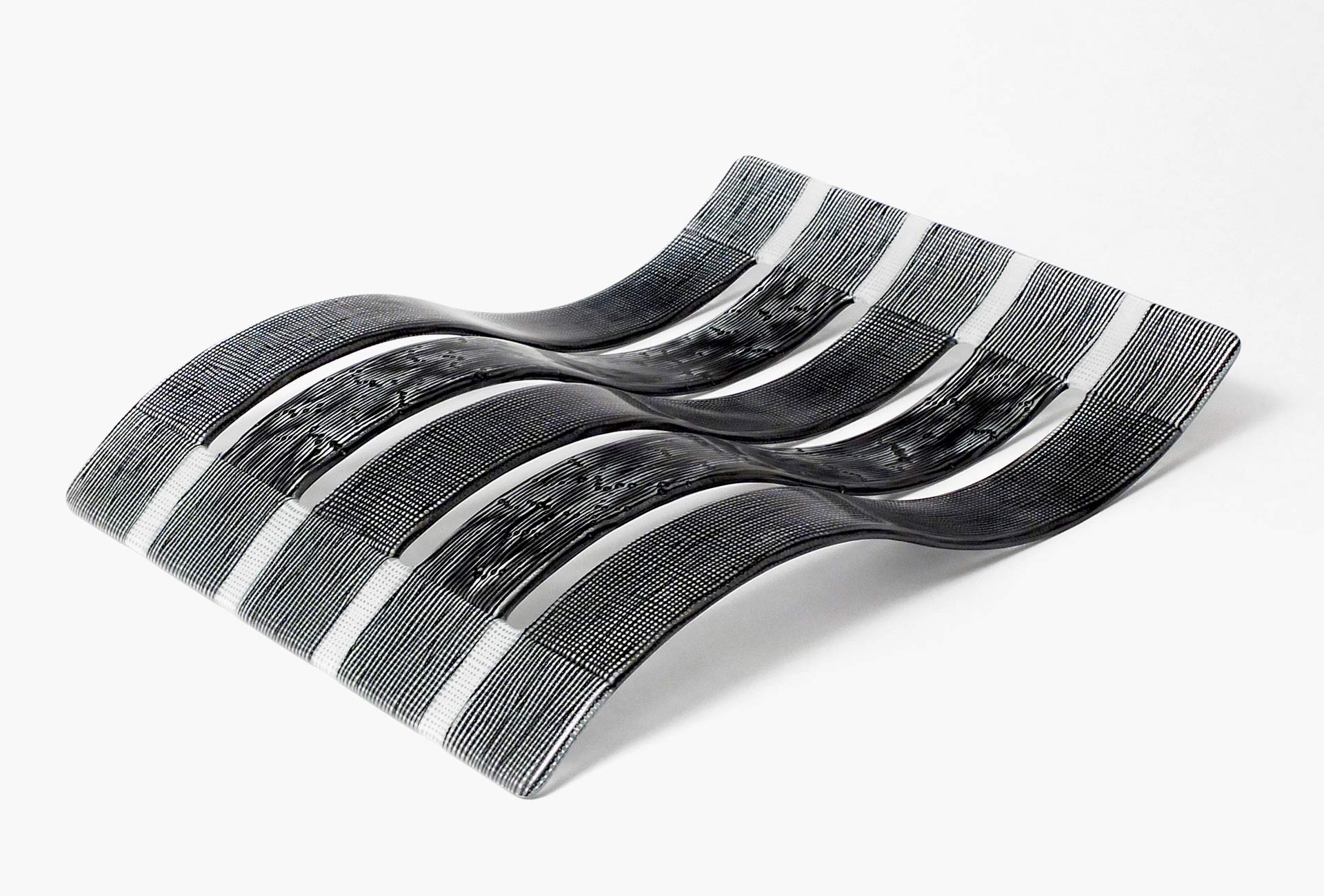 Wavy glass bowl by Ulrike Umlauf-Orrom, 46 x 38 x 6 cm, 2010. Objects like this are inspired by Japanese fabric and paper patterns, their order, reflection and symmetry.

Ulrike Umlauf-Orrom has been profoundly inspired by the complexity of Japanese textiles ever since her studies in London, where she became acquainted with Japanese applied art. In her fusing works, she achieves glass of an almost fabric-like quality by means of parallel or intersecting colored lines. In expressive variations, the surface of the glass is opened and enlivened by grid structures. In her “padded objects,” which are inspired by the reinforcing platelets of samurai armor, air pockets are melted into the glass during the fusing process. This lends a haptic quality to the visual three-dimensionality of the surface. 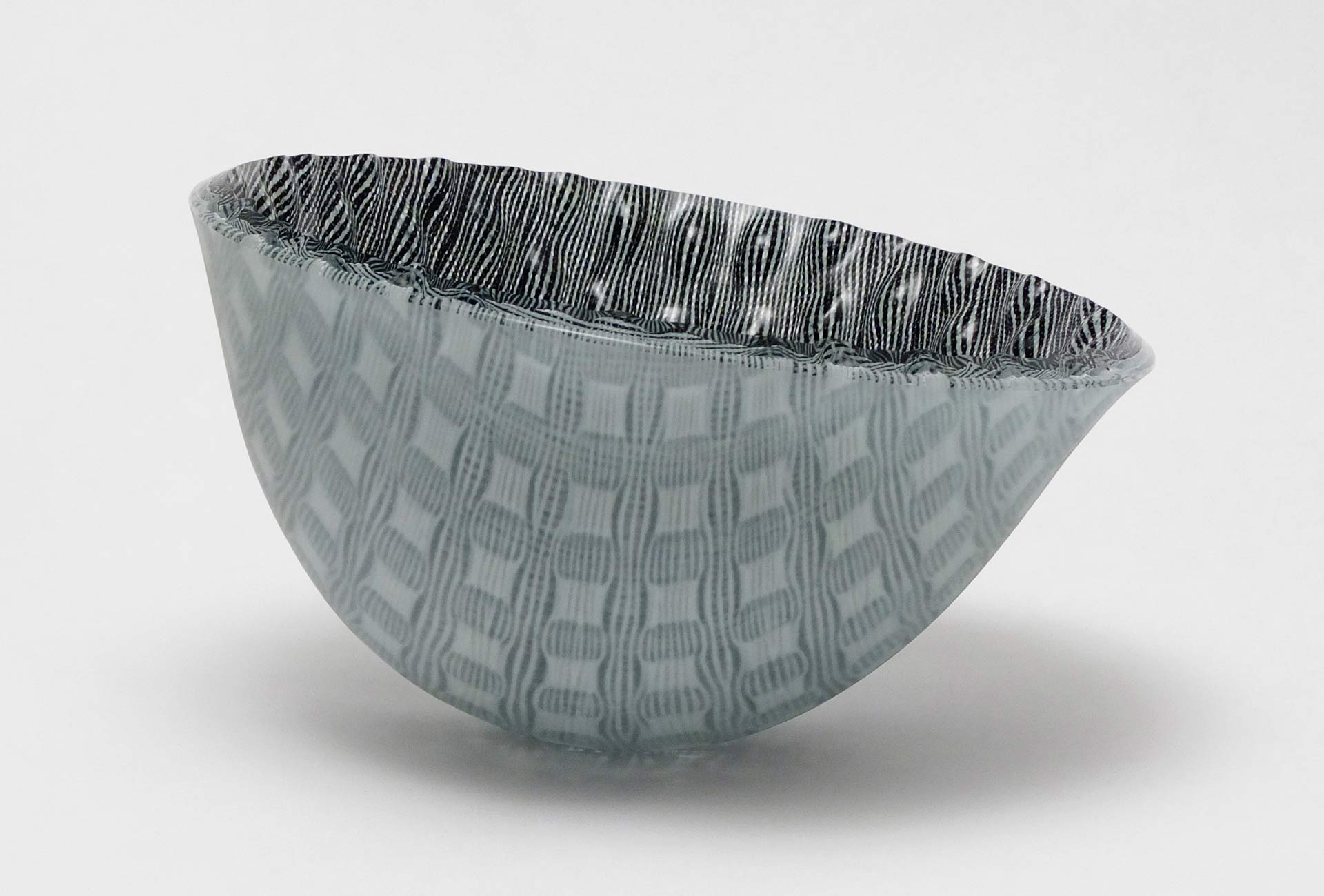 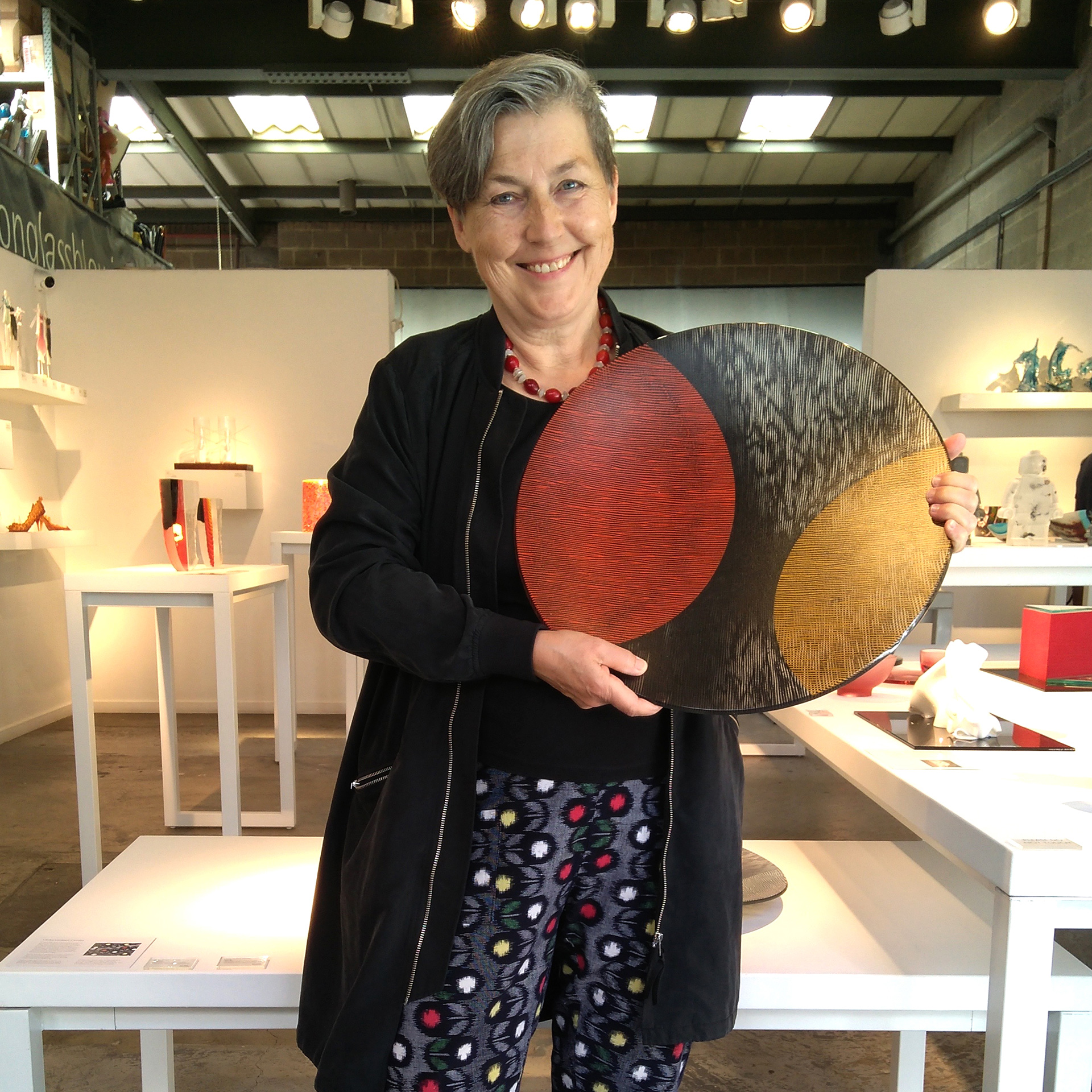 Japanese textile art with its colors and patterns is a constant source of inspiration for Ulrike Umlauf-Orrom.

She has participated in numerous international exhibits. Her works are included in many public and private collections. She won the Bavarian State Prize in 2001 and the GEDOK FormART Prize in 2005. As a special honor, she received a fifth invitation to participate in the International Kanazawa Glass Prize, which takes place in Japan every three years.

The retrospective at Bayerischer Kunstgewerbeverein presents high-quality works in the exciting field between art, crafts and design. It is still uncertain whether the planned vernissage can take place on May 28.