The Westerwald Ceramic Museum presents a special show honoring the lifework of the mosaic artist Fritz Baumer (1919-1989), who created new artworks by assembling fragments of ceramics made by fellow ceramists Hubert Griemert, Richard Bampi, Wendelin Stahl others. Baumer separated the glaze from its substrate, i.e. the ceramic vessel, thus demonstrating the unique potential of ceramic color. 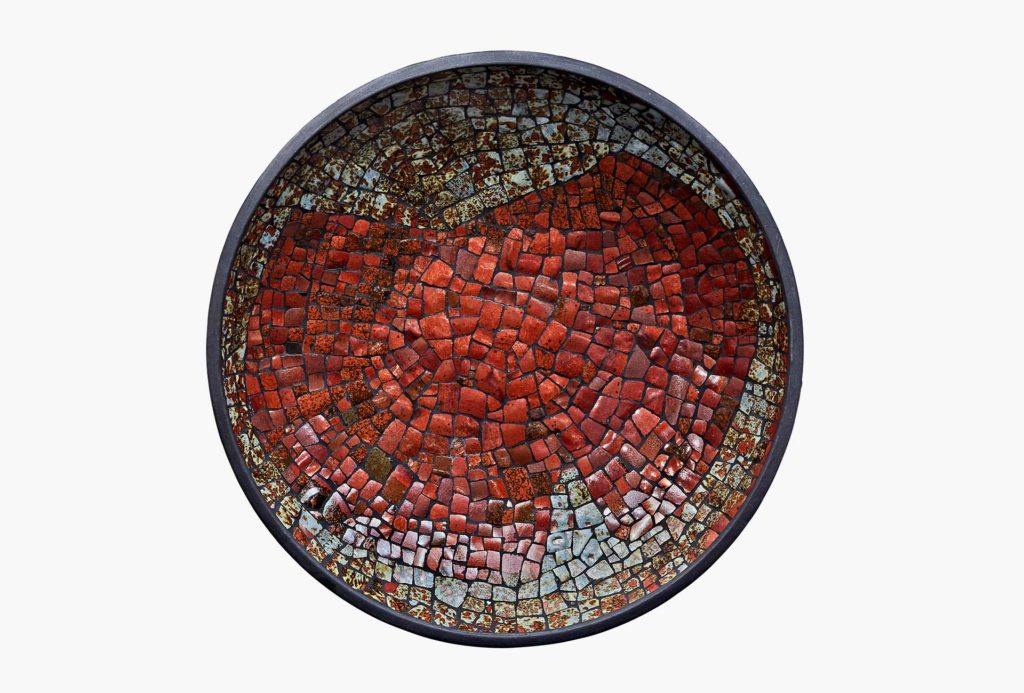 Born in Frankfurt am Main in 1919 as the eldest son of a language teacher, Baumer spent his childhood and youth in Daun and Koblenz. His mosaic designs were first influenced by stories told by his grandfather, who worked for many years in the former German colony of Qingdao in China and owned a collection of Chinese art objects. Baumer’s imprisonment as a prisoner of war until 1949 in camps in Novosibirsk, Irkutsk, Tashkent, Samarkand, Alma Ata, Ulan Bator and Kyrgyzstan was a decisive turning point in his life. Alongside all the privations that he suffered, he was also decisively influenced by his encounters with Asian ceramics and mosaics. 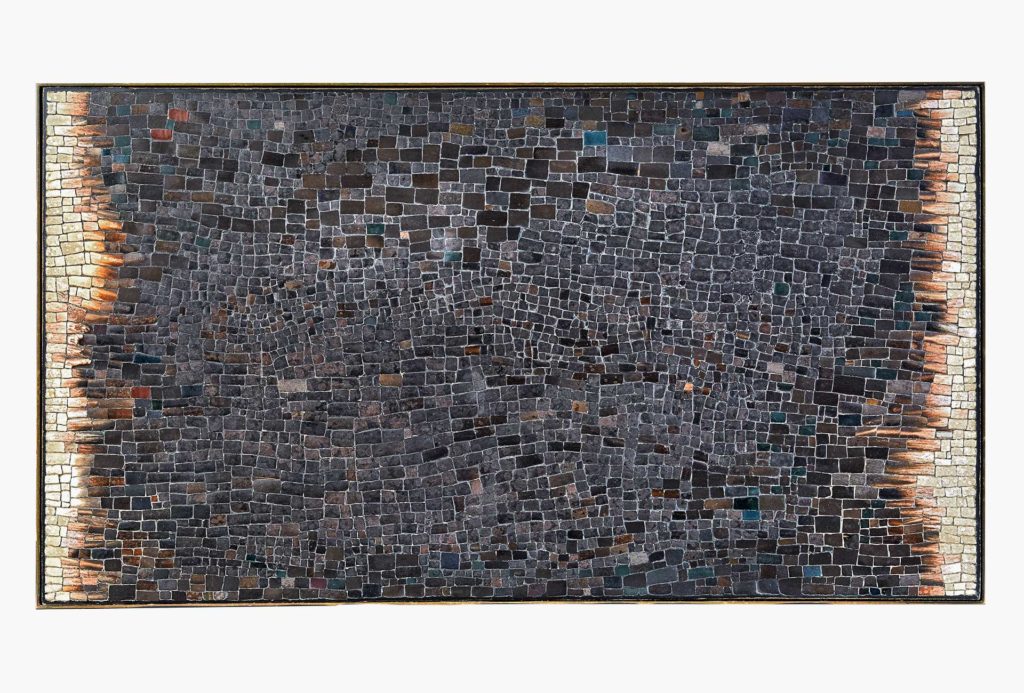 He studied mosaic at the School of Arts and Crafts in Trier from 1936 to 1939. After returning from captivity in 1949, he enrolled at the Ceramic Academy in Höhr-Grenzhausen. Unable to afford costly glass or natural stones, he salvaged scrap from the academy’s rubbish heap. The ceramists themselves later sent their imperfect and therefore unusable pieces to Baumer, who smashed the rejected vessels into small shards, which he assembled into two-dimensional mosaic pictures. Fragments from matte-black crystal-glazed pieces by Hubert Griemert, salt-glazed shards from Heiner Balzar or Chinese red fragments from the Hohlt Brothers were transformed in Baumer’s hands into mosaics with captivatingly rich colors, textures and depths that shed new light on the potentials of ceramic glazes. Fritz Baumer would have celebrated his 100thbirthday on March 16, 2019. His still-unknown works will soon be shown in a museum for the first time. 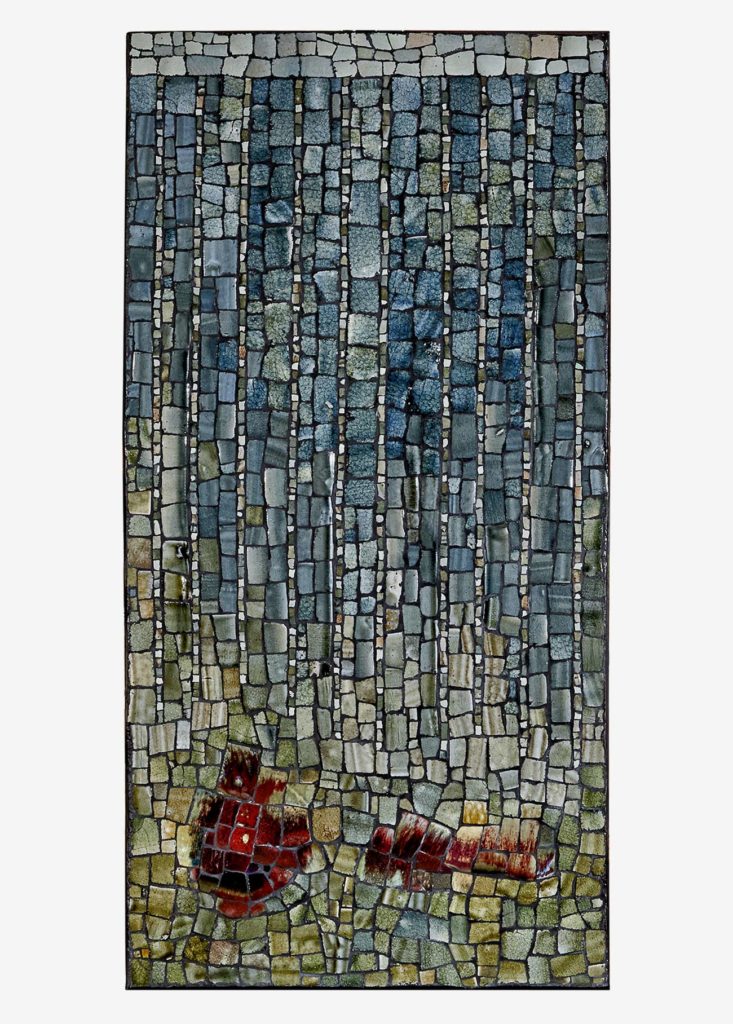