Dagmar Stühler, born in 1944, studied from 1963 to 1969 at the Academy of Fine Arts in Munich and, after earning her diploma there, worked as a goldsmith and silversmith in the Bavarian capital for 26 years. In 1996, she took the daring step of opening a gallery in Berlin where, in addition to her own jewelry, she showed pieces by internationally renowned jewelry artists. 2014 Dagmar Stühler returned to Munich and looks back now on 50 years of goldsmithing. 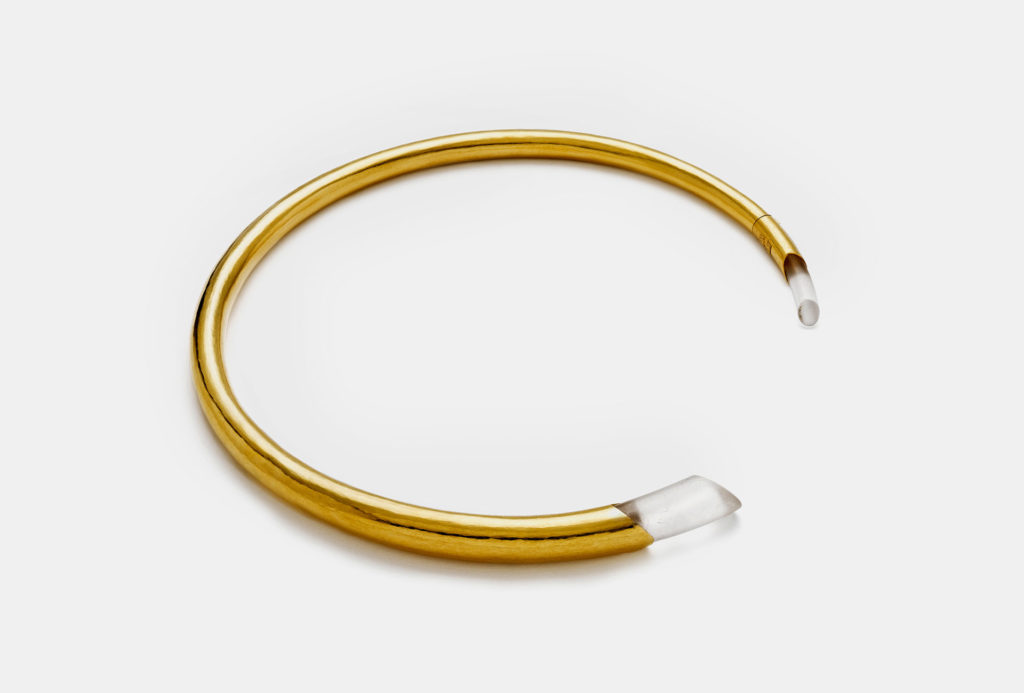 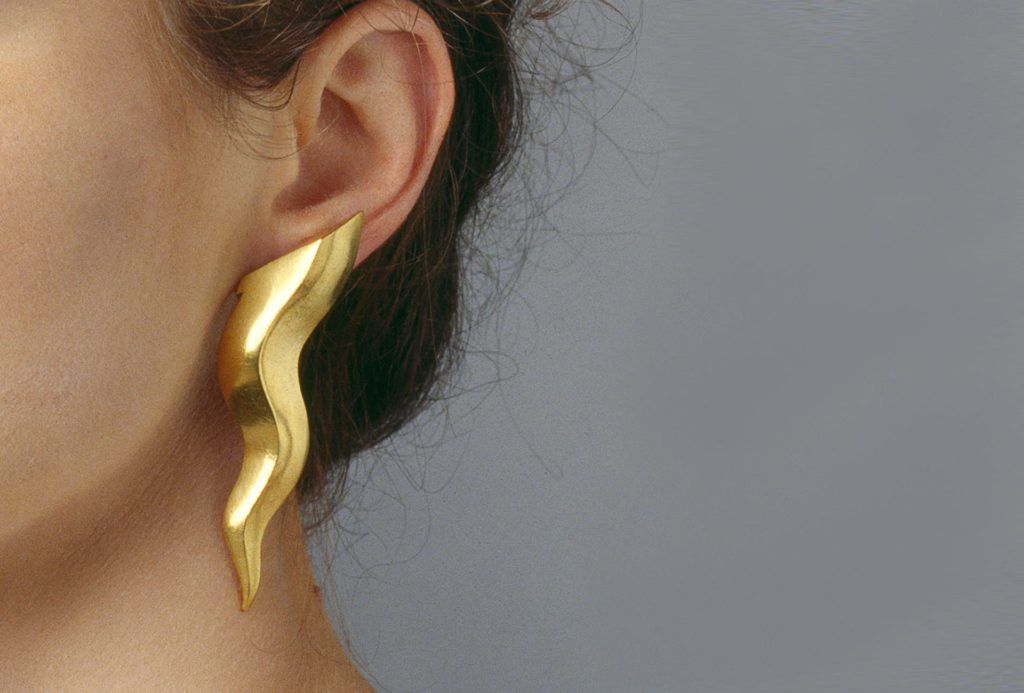 Dorothea Förster, born in 1954, attended the Goldschmiedeschule [goldsmiths’ school] in Pforzheim from 1974 to 1976. After completing her apprenticeship, she worked in Hamburg until 1981. Her artistic style was strongly influenced by her years at the Zeichenakademie in Hanau, from which she graduated as a state-certified designer and master goldsmith in 1983. She further developed her formal vocabulary, which is based on fundamental geometric elements, in several workshops after the turn of the millennium. Her retrospective catalogue, which was published in 2017, reveals a mature and multilayered artist’s personality. 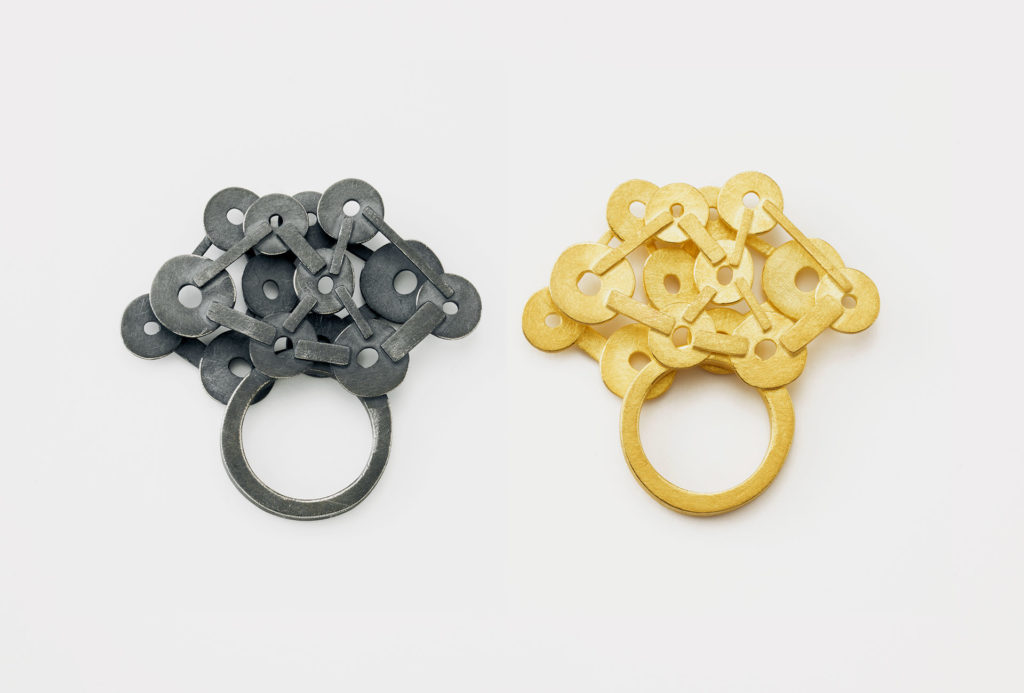 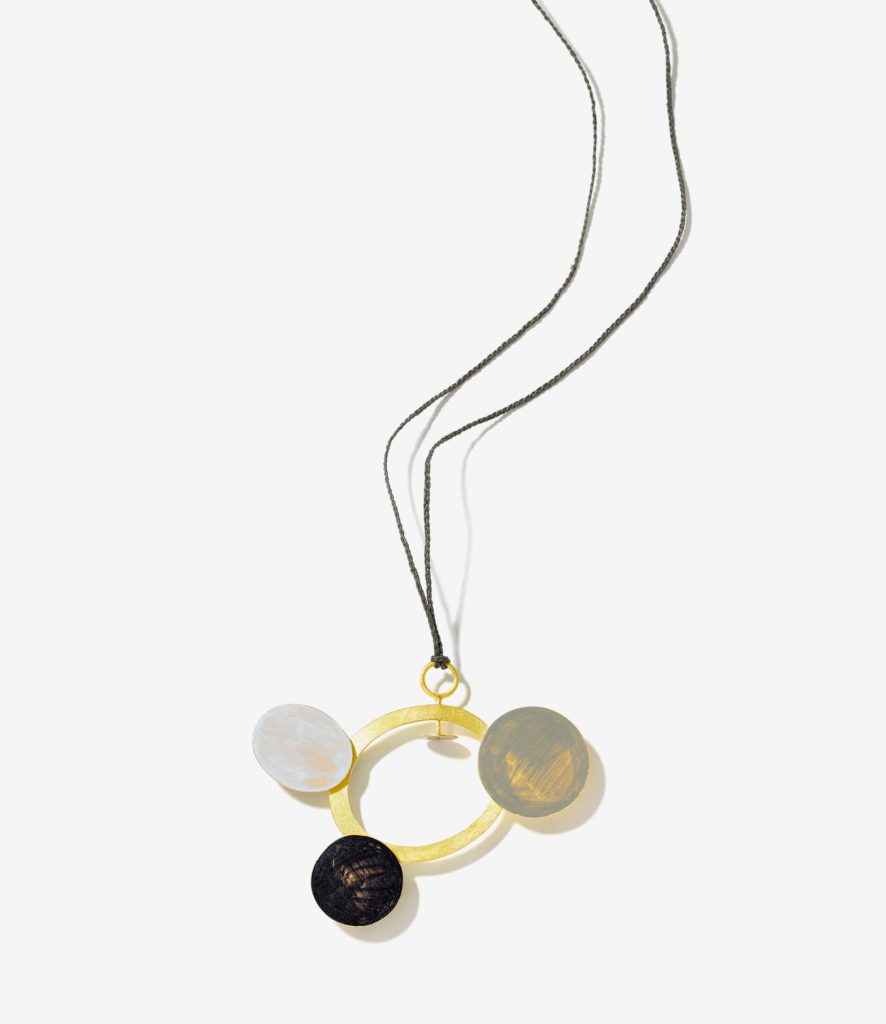 The two women’s oeuvres include connections, but also obvious differences. In addition to working with the hammer and driving hollow forms, Dagmar Stühler’s jewelry is famous for its finely shimmering surfaces. Dorothea Förster’s creations always convey a sketchlike, silhouette-like or playful element. A gemstone-studded ring, a wrought bracelet or a necklace by Dagmar Stühler calls to mind great craftsmanship and the goldsmith’s tradition, while Dorothea Förster’s pendants, rings and brooches feature more allusions to the concepts of modern art. Dagmar Stühler primarily relies on the opulence of noble materials, while Dorothea Förster presents gold and silver as unostentatiously brushed surfaces, frames or circles, which she may paint over, utilize to define exterior and interior spaces, or transform into graphic signs.