James Boock, Avital Chalemsky and Ágnes Várnai were grantees of the “Designers in Residence” international study program which the city of Pforzheim annually sponsors in cooperation with Pforzheim University and Design Center Baden-Württemberg. The designers found plenty of free space for exciting projects at Emma-Kreativzentrum Pforzheim. 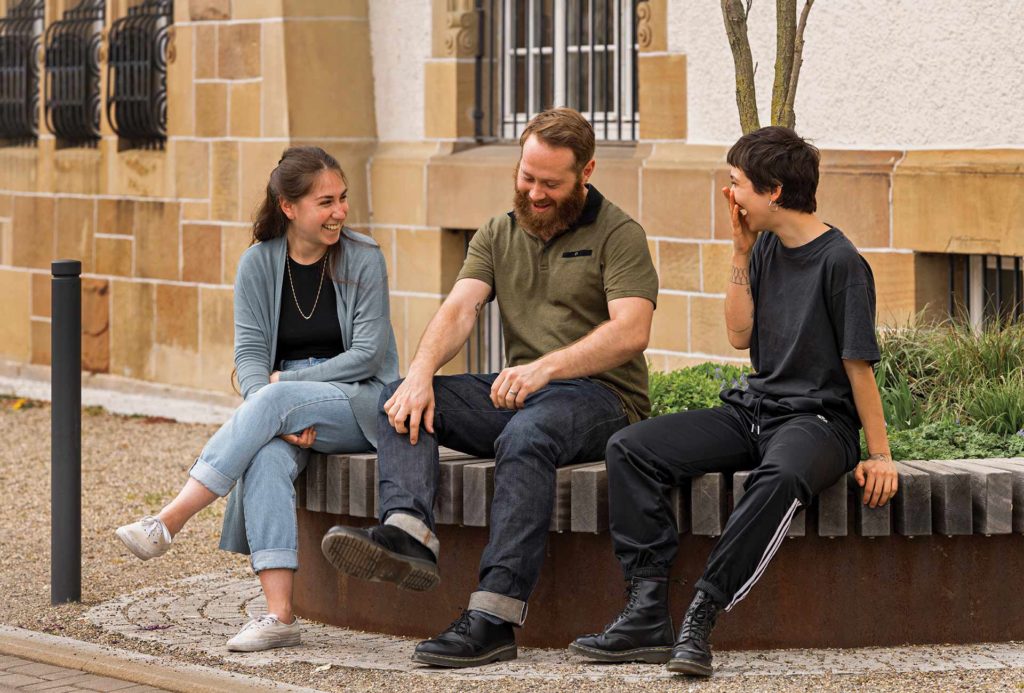 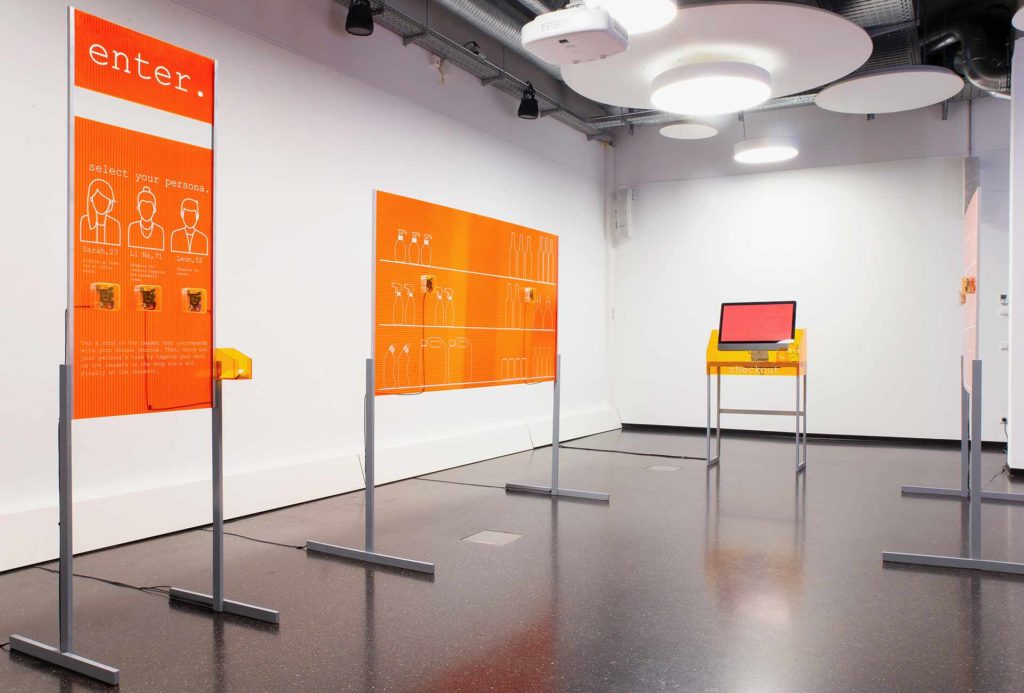 The industrial designer James Boock from New Zealanddeals with Artificial Intelligence. His installation “enter.” explores the depth and effect of current AI systems within our society. By simulating an ordinary scenario, a shopping tour in a supermarket, enter.depicts the possibilities of living within this system. “The SCS is a system that assigns a social credit rating based on people’s economic and social status in an attempt to create a “trustworthy” society. My aim is to demonstrate the implications and the depth in which this type of system will run through society by designing an interactive experience,” says Boock.

The Israeli jewelry designer Avital Chalemsky deals with expressing emotions through movements. In her bachelor’s degree, she developed a process for freezing movements of the body and imitating the shapes of motions by soldering small metal parts of pure silver and combining them with metal textile techniques. In her project “Transparent feels” she continued her bachelor project, with the fingers as the source of portraying emotions. She arranged and played with their composition, choreographically, thus creating a series of small, yet powerful jewelry. 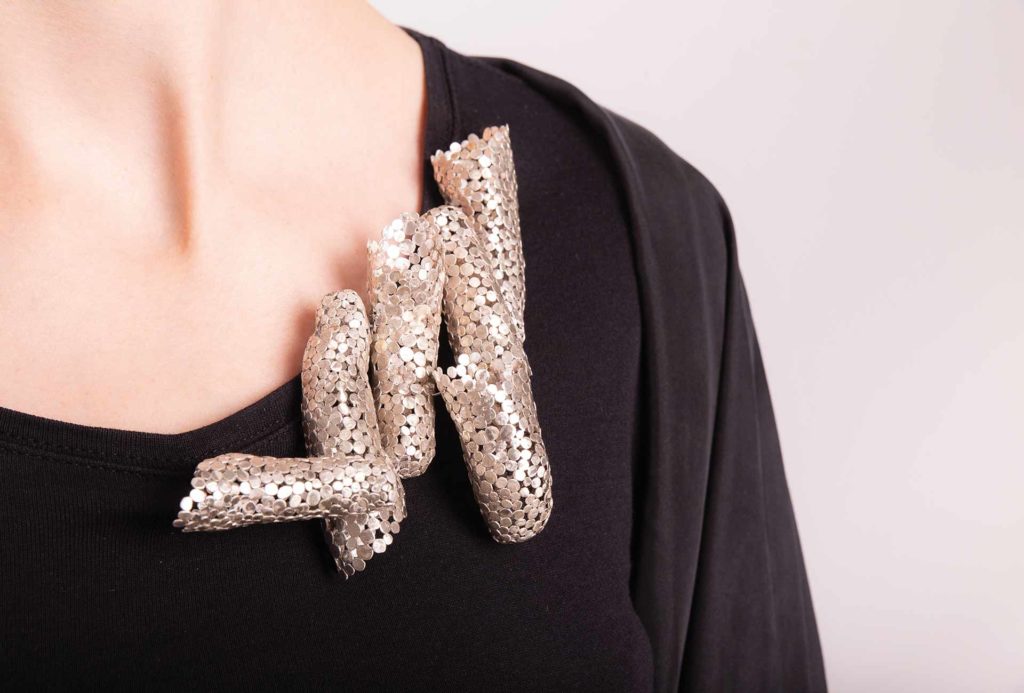 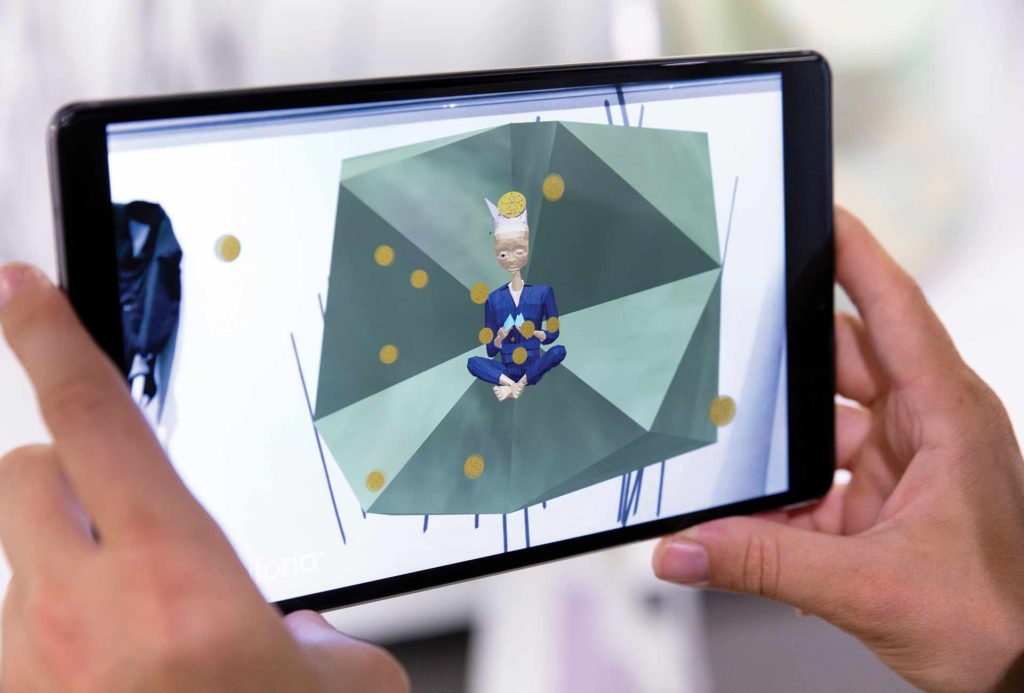 What shapes does faith take nowadays? This is one of the questions Ágnes Várnai is investigating together with Tina Kult and Timea Strott of the art collective “The (new) constellation.” She makes her new archetypes of faith visible via smartphone or tablet. The Gluten Shaman, the Anti-Ageing Prophet or the Divine Data-Soul are the spiritual leaders gathered in the virtual world of “Glue in Reality.” “I have always been fascinated by all those systems that we would not call religion, but still they have the same structure as organized religions”, Ágnes Várnai says. Visitors can encounter these ‘gods’ in multimedia installations.”