Otto Hohlt (1889-1960) represents the sculptor in his kneaded works. The vessels of Albrecht Hohlt (1928-1960) are characterized by the joy of experimentation and the passion of the ceramist, and the works of Goerge Hohlt (* 1938) stand for precision and perfectionism. The pure style and outstanding glazes inspire to this day. The ceramics by Albrecht and Goerge Hohlt can now be seen in the new exhibition hall and gallery emilith in Krefeld, Germany. The title is “Die Herren Hohlt”. 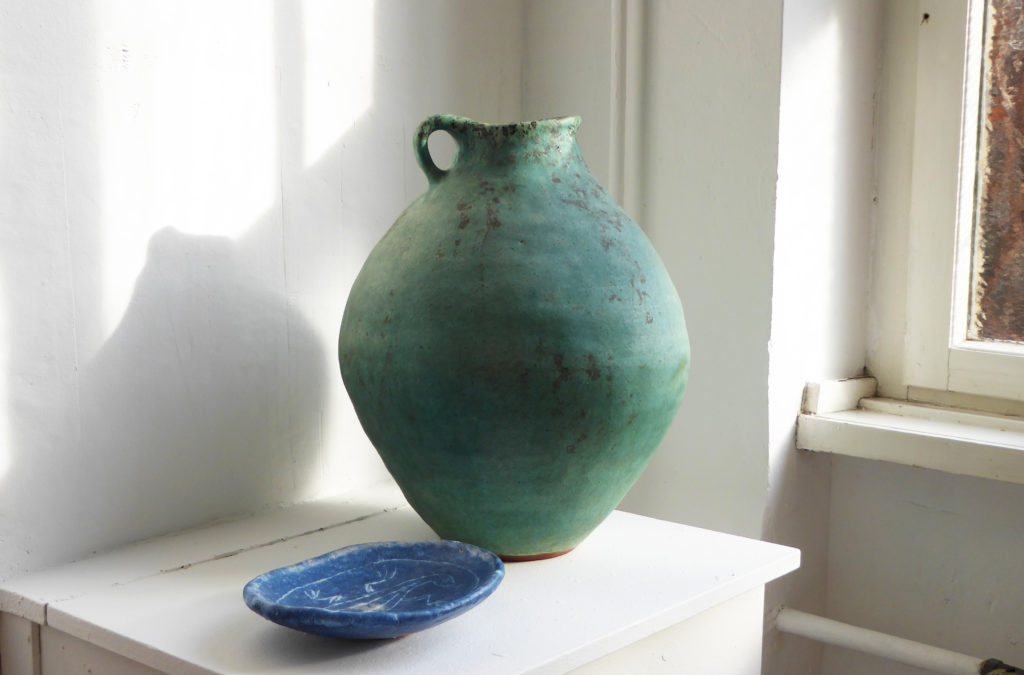 The father Otto, who studied painting in Munich with Wilhelm von Debschitz and Franz von Stuck, began 1945 with the setup of the atelier named “Werkstatt Hohlt” in Katzbach, Southern Germany. He had already created terracotta figures before – from the regionally occurring, red-burning clay. The training of the two sons was unorthodox and more autodidactic, the journeyman’s examination took place at the Academy of Arts in Munich. A key moment for Albrecht was the encounter with the works by Jan Bontjes van Beek and also the visit of a Cologne exhibition with Asian ceramics from the Song and Kangxi period. He began a systematic research on reduction glazes on turned porcelain. At the 1951 Triennale in Milan the brothers came to know the Scandinavian design of Stig Lindberg and Arabia, which influenced their own works in a lasting way. 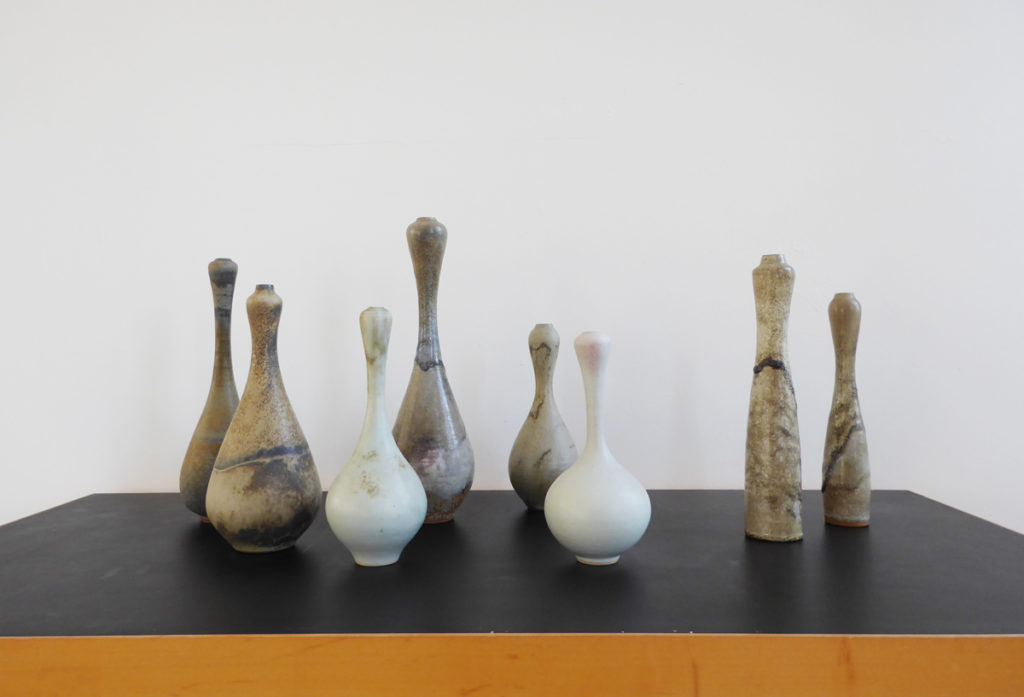 “Werkstatt Hohlt” became a true brand and received many awards and prizes. During the first years the marking of the products was done with a uniform stamp, which makes it nearly impossible to determine the designer nowadays. Albrecht’s method of working in the workshop was excessive, and he constantly threw moth balls with napthalene into the kiln to achieve the best reduction results. In 1956 he was diagnosed with cancer. In his last years he created an extraordinary collection and legacy. After the death of the brother and father in the same year 1960, Görge took over the workshop in 1965, the mother had kept it running. His objects of stoneware and porcelain are variations and further developments, which show their kinship with the older pieces. His ceramic career did end in 2011.

Tom Turowski – initiator and organizer of the exhibition at emilith – has long been a lover of ceramics. The impulse for the exhibition was the purchase of the Faltas Collection with works by Albrecht and Görge Hohlt, which are publicly displayed for the first time. In his exhibition hall in Krefeld and the attached gallery, he would like to put this art form back into the focus of the public. The exhibition “Die Herren Hohlt” is a good start to get more people interested in this beautiful topic. Andrea Riegel 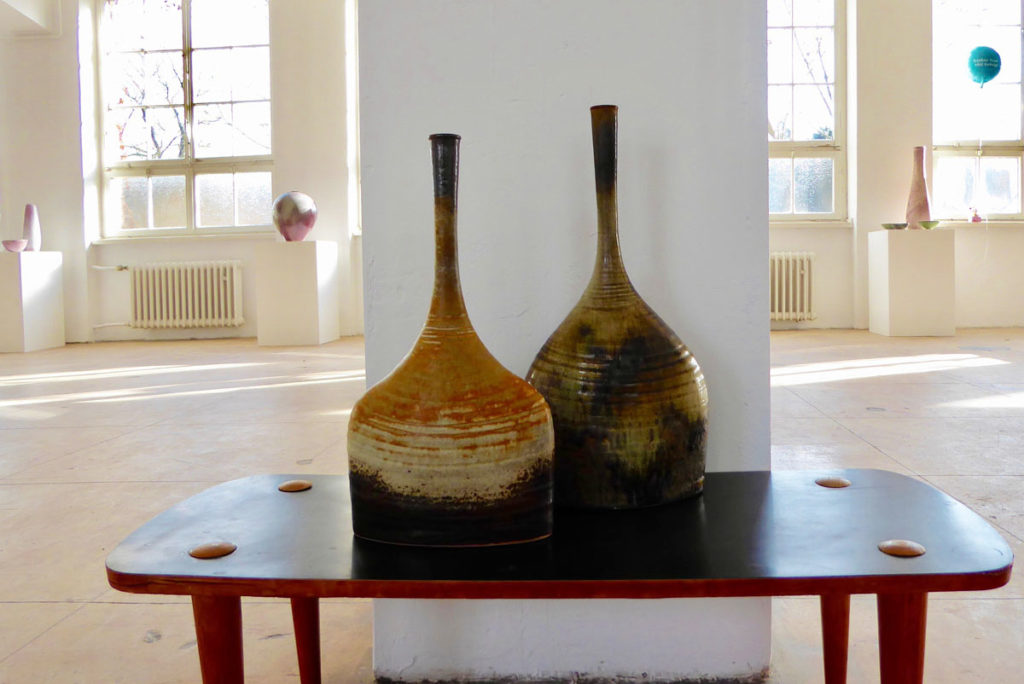 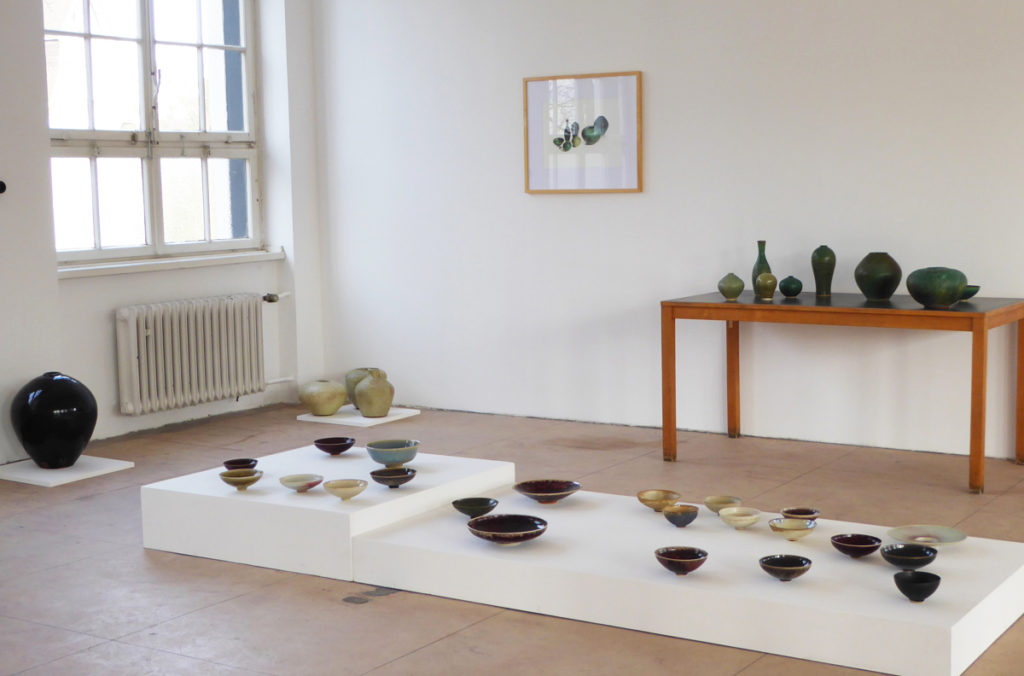 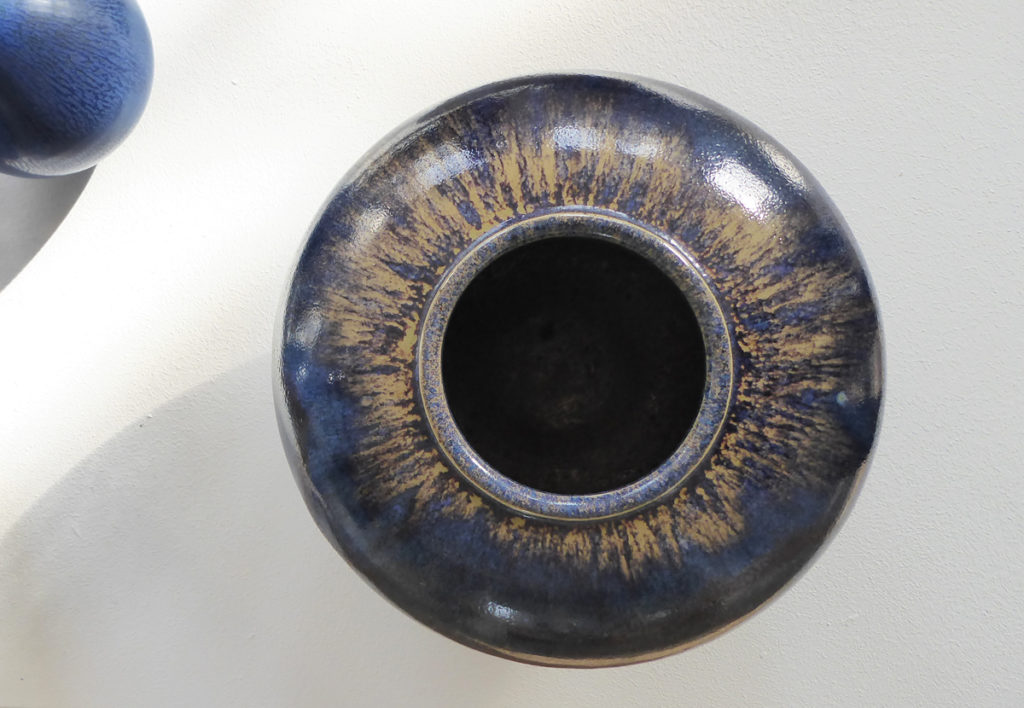 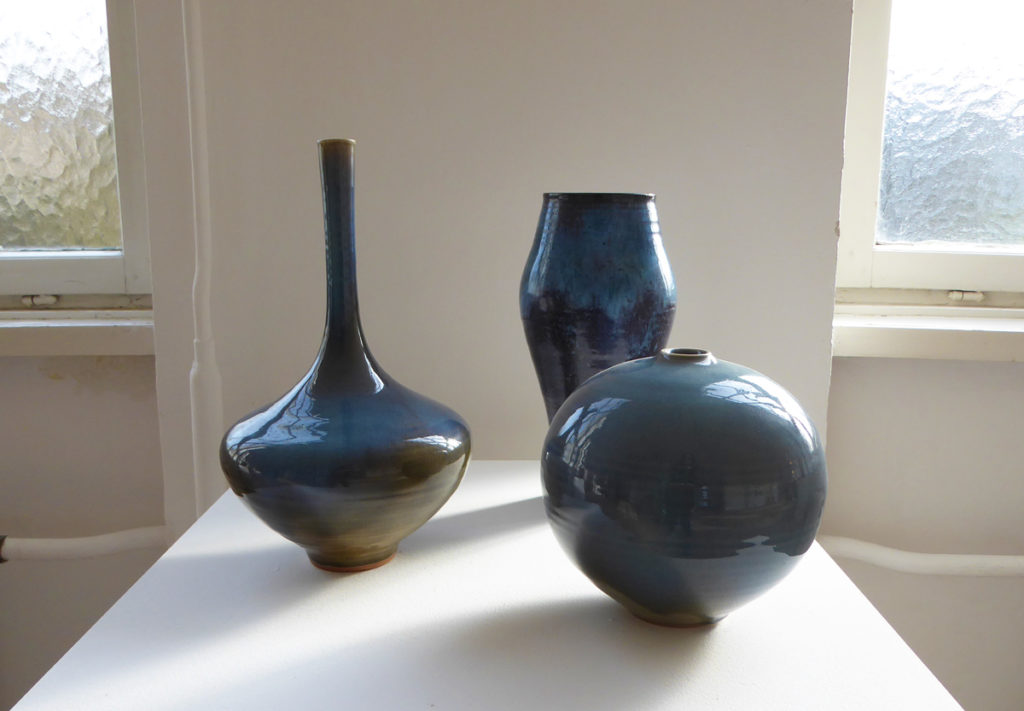 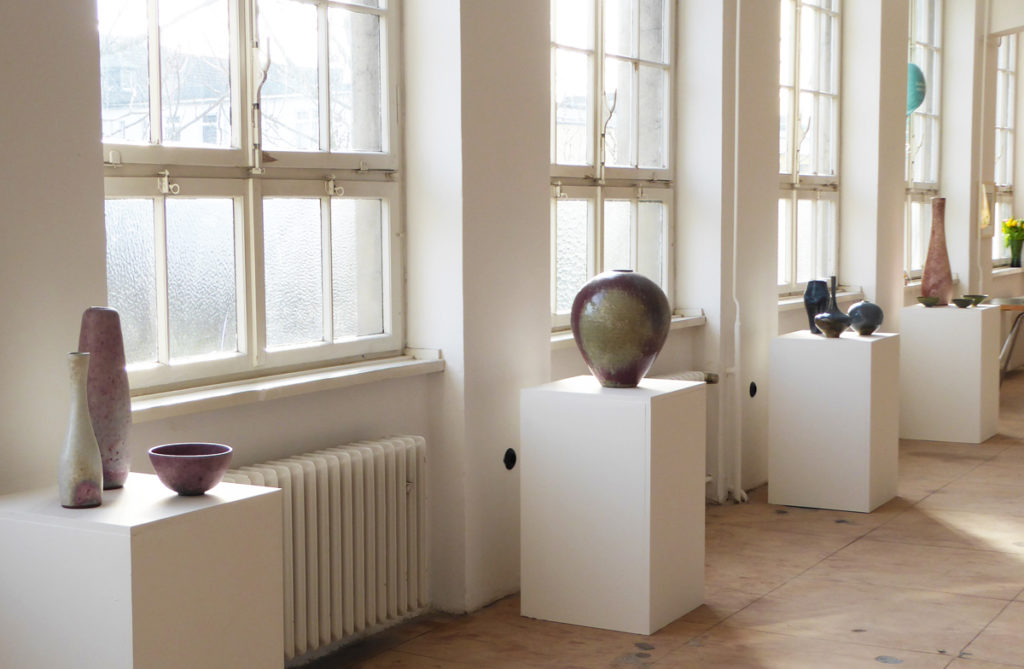 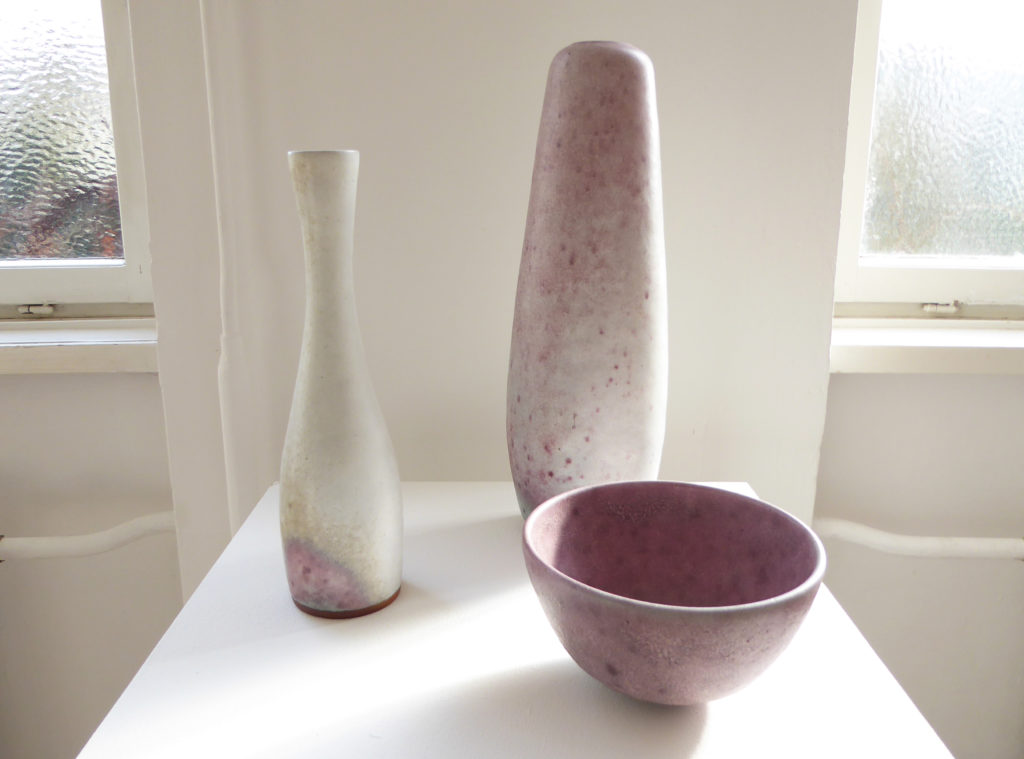