“Clothes Make the Man” is what Gottfried Keller wrote in his collection of novellas entitled The People of Seldwyla, published in 1874. Similarly, art jewelry is able to transform people – something which Art Aurea’s Who wears my art? initiative during the recent Munich Jewelry Days revealed once again. The participants’ transformation already began when they put on their piece of wearable art, which they either brought with them or spontaneously picked at Munich’s Academy of Fine Arts. The often wondrous transformation culminated in the portrait photos taken by Miriam Künzli. Art jewelry proved to be a medium that enabled many of the wearers to see themselves in an entirely new light. Many of the participants are part of Munich’s cultural scene, e.g. the singer Dagmar Aigner, who decided to wear a neckpiece by Andi Gut: 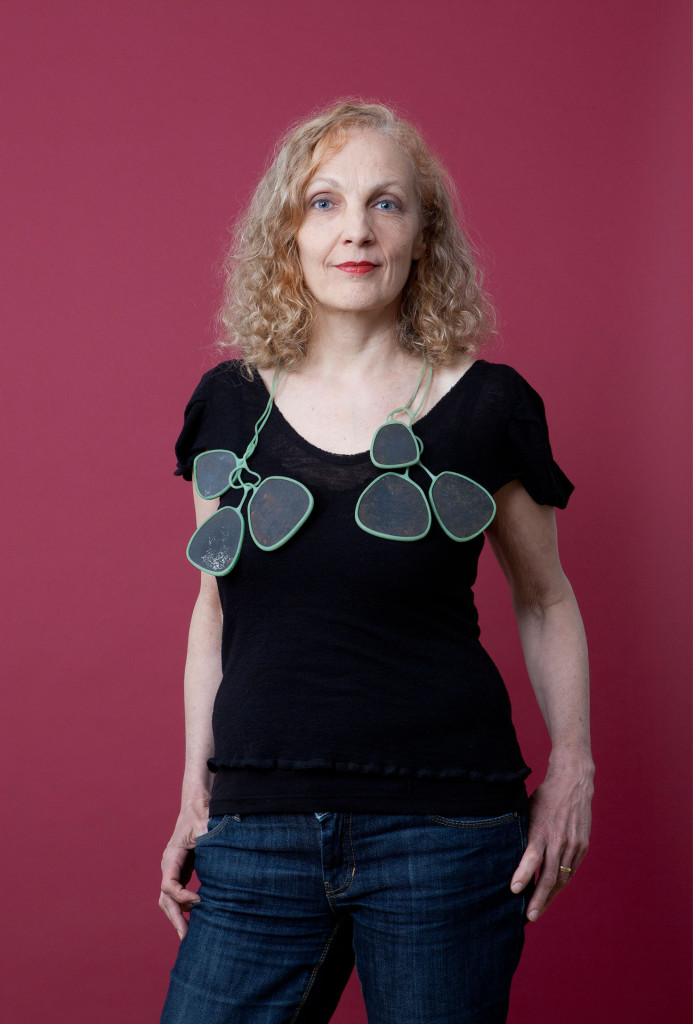 “Andi Gut’s necklace immediately appealed to me. I usually wear vintage jewelry, pieces that I found at a flea market and crafted in the 1970s, for example. However, I’m not an ardent jewelry wearer. I don’t like the feeling of being decorated like an adorned ox. But I could develop a taste for such a funny piece. I’m also thrilled by the non-precious materials and that this kind of jewelry doesn’t want to be precious.” 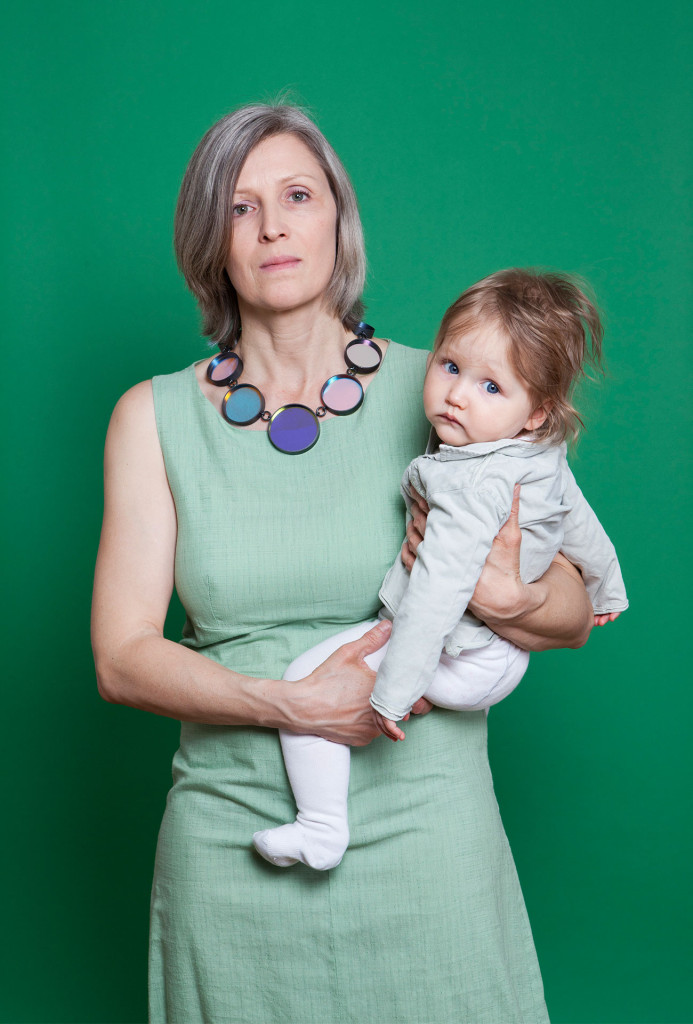 “Jiro Kamata’s jewelry is so exciting because it’s multifaceted, enters into dialog with the light and features a contrast between hard, reflective surfaces or delicately transparent, dichroic glass mirrors and eye-catching silver settings. His pieces can also be regarded as symbolizing people and the different aspects of their personalities.” Andrea Sterr, Munich, doctor of psychiatry at the Medical Center of Munich’s university 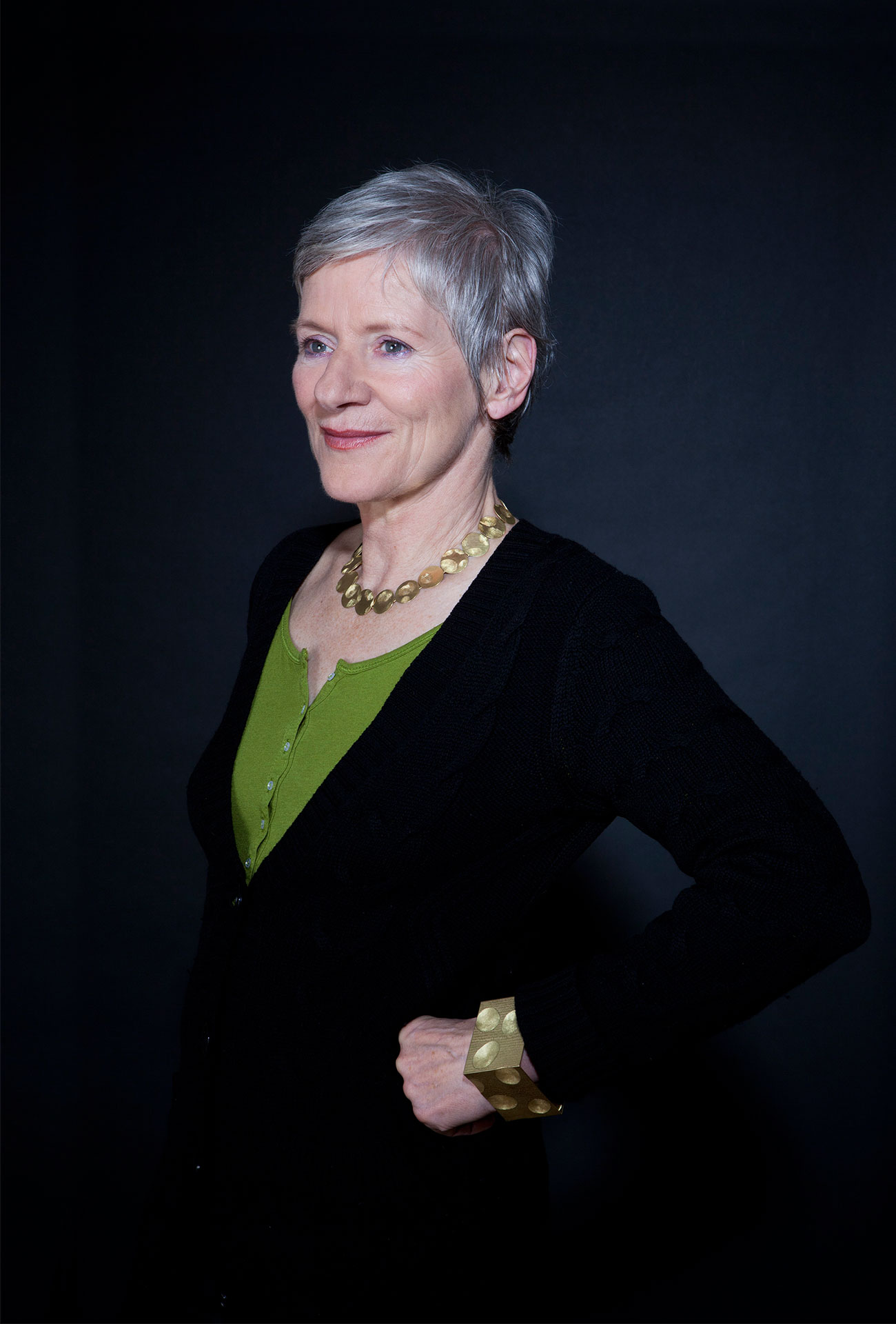 “The only piece of jewelry that I wear every day was made for me by Gerd Rothmann. I would also like to own such a necklace enhanced with my sweetheart’s fingerprints.” Sabine Kastius, Munich, voice artist and actress 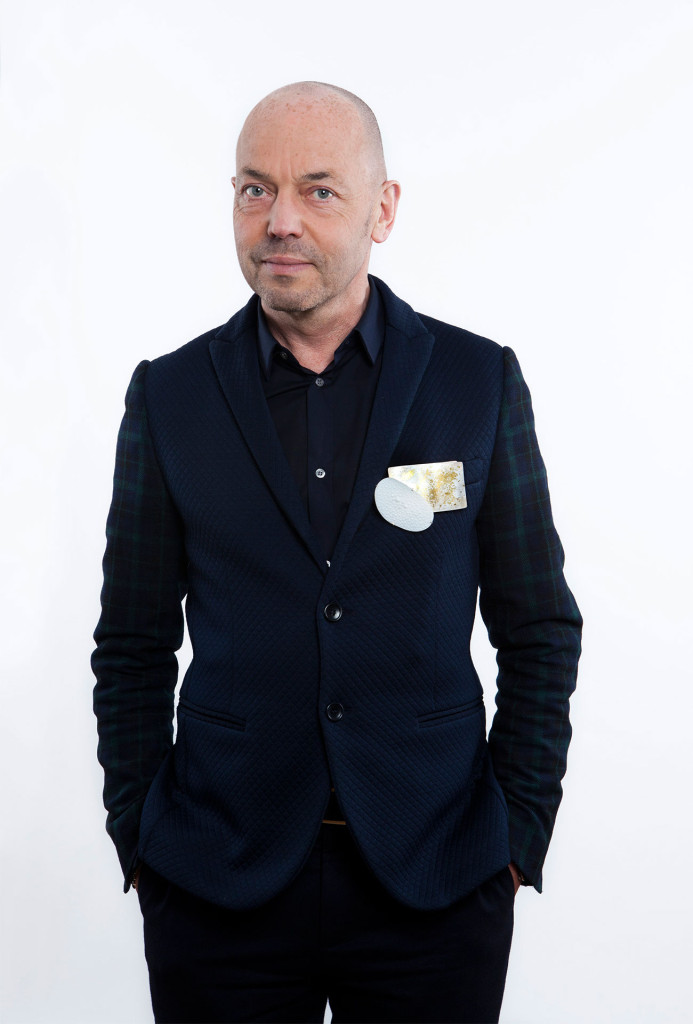 “I was captivated by the two unambiguous, overlapping forms and different textures of Franzin’s brooch, as well as by its materials and colors.” Amandus Sattler, Munich, architect 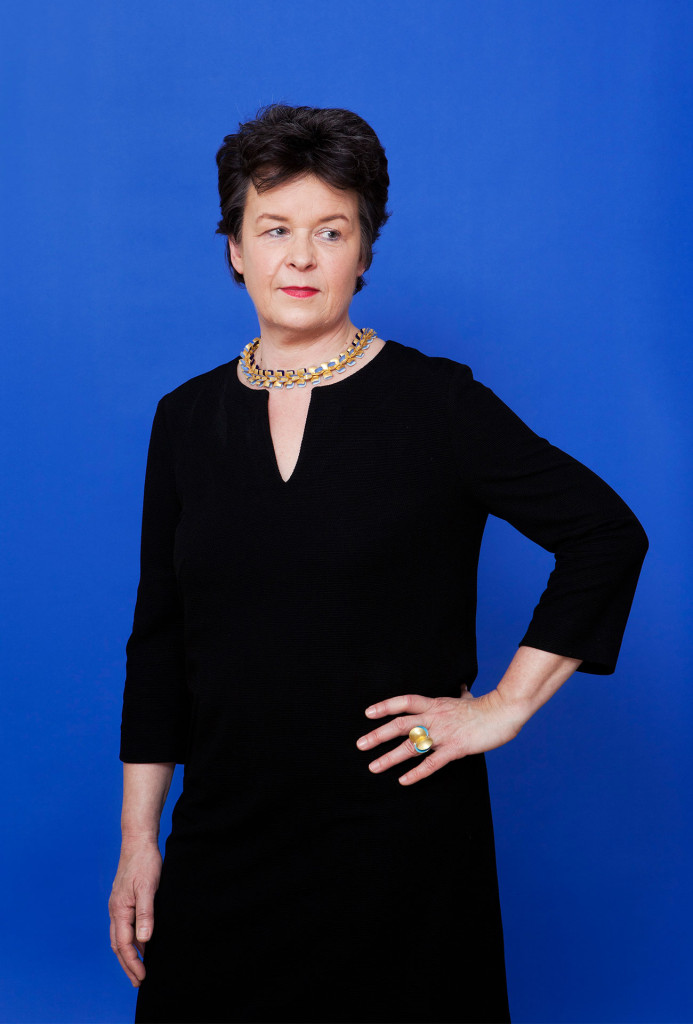 “I like wearing large, expressive rings. Jacqueline Ryan’s pieces are well thought through, exquisitely crafted, and characterized by clarity combined with complexity. Their flexibility makes for charming effects that change along with the wearer’s movements in accordance with the light’s shifting angles.” Bärbel Roth, Munich, art historian 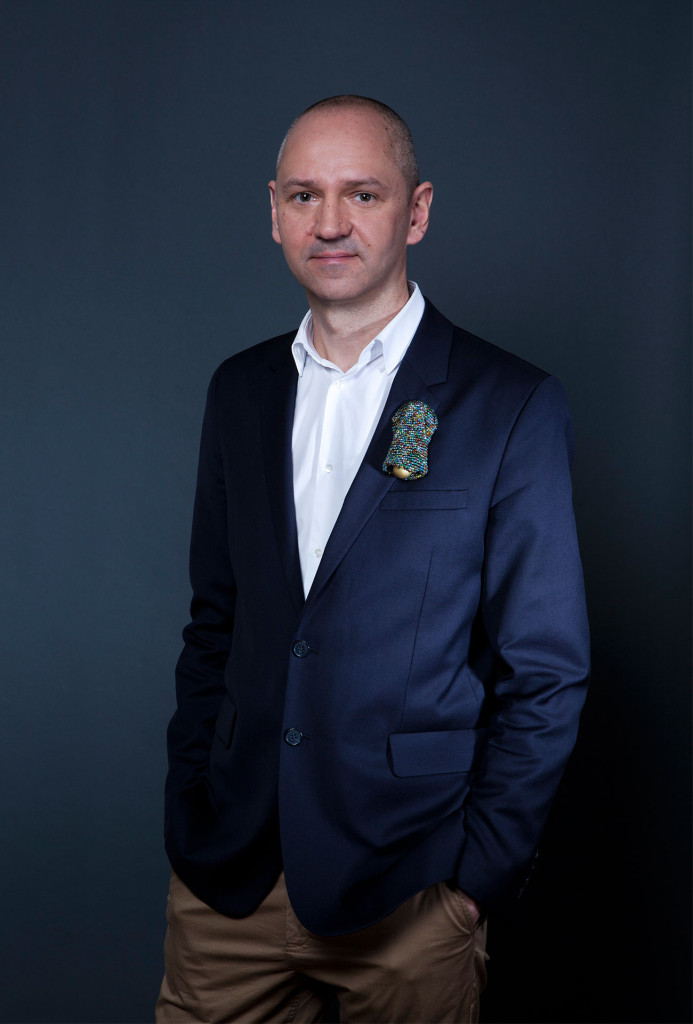 “The gallerist Olga Zobel selected this piece for me. I think it’s a very suitable object for me: it has a clear-cut shape but a multifaceted meaning. Jewelry d’auteur expands the spectrum of the fine arts in a different manner. The methods, the sculptural processes and those of form-finding are similar. But one never gets as close to a painting as to such a jewelry object.” Michael Buhrs, Munich, director of Villa Stuck 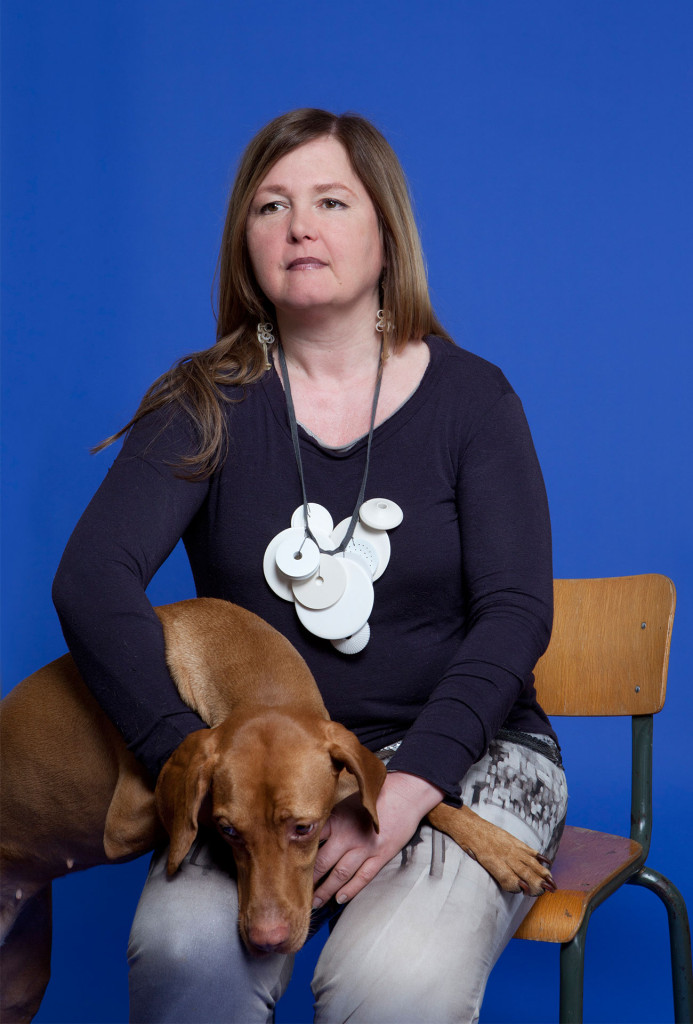 Barbara Weigand with necklace by Karin Herweg made from wood and textile tape, portrayed with her dog. RA gallery, Amsterdam. Photo Miriam Künzli for Art Aurea.

“This jewelry conveys the idea of corporeity, space and motion, and its subdued sound is also charming. As a designer, I like the haptic feel and consistency of its velvety-soft surface. This harmonizes splendidly with my fashion.” Barbara Weigand, Munich, I O S O Y fashion design 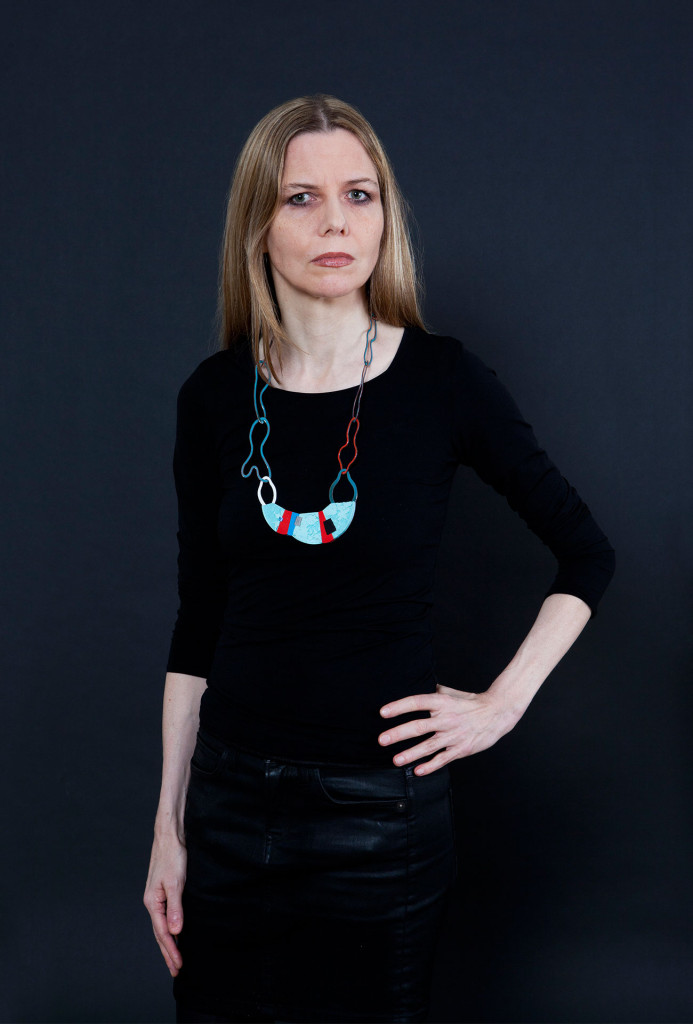 “The colors of this necklace are wonderful. I like artistically designed jewelry. Gem-studded jewelry, however doesn’t appeal to me.” Sabine Grabmaier, Munich, graphic designer 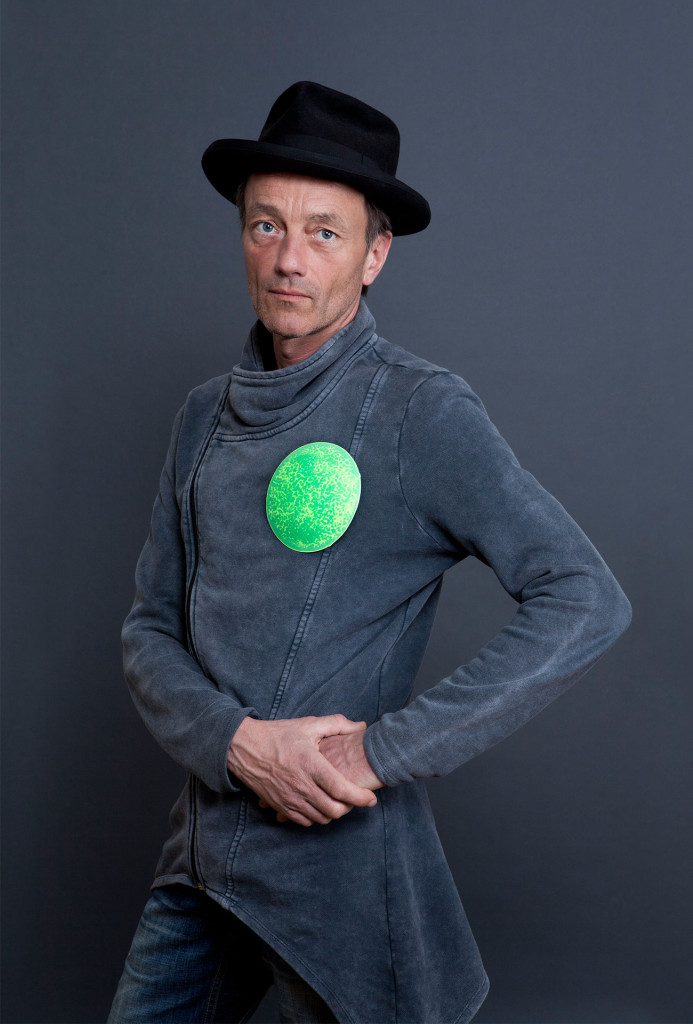 A question to Michael Sailer: “When you see an interesting woman adorned with an eye-catching piece of jewelry, would you think about why she’s wearing it?” Answer: “I would think about it if the woman were uninteresting. I wouldn’t notice the piece on an interesting woman. I like the color combination in Miriam Hiller’s brooch. The green color makes me think of spring.” Michael Sailer, Munich, writer and stage artist 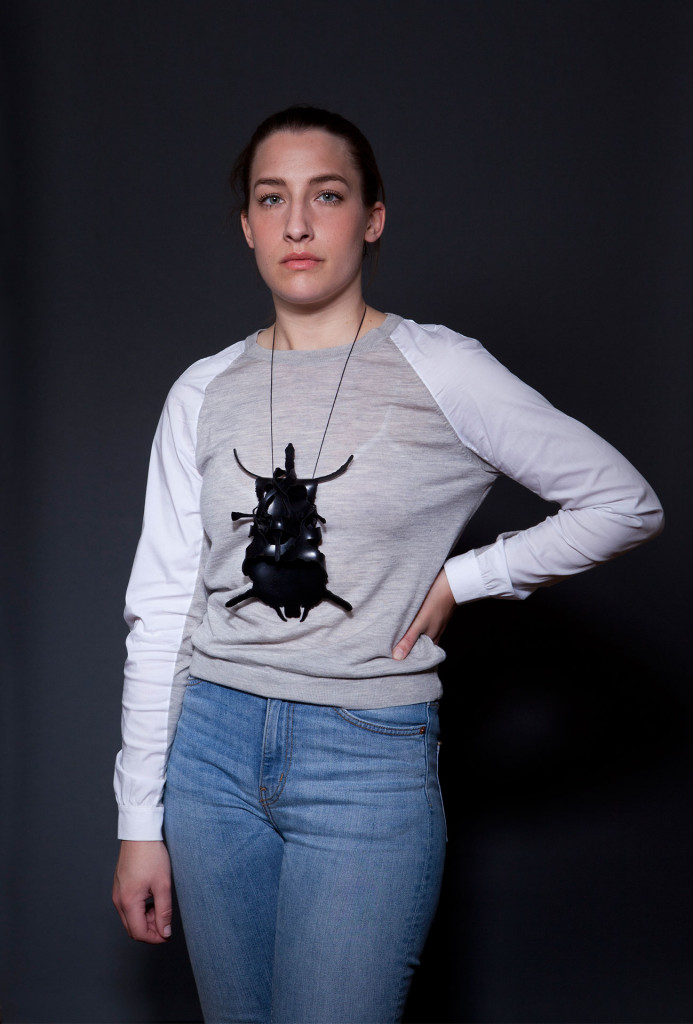 “I’m fascinated by the transformation of a two-dimensional surface into a complex sculptural body that we perceive as an ambiguous entity.” Stella Wanisch, Halle, jewelry design student 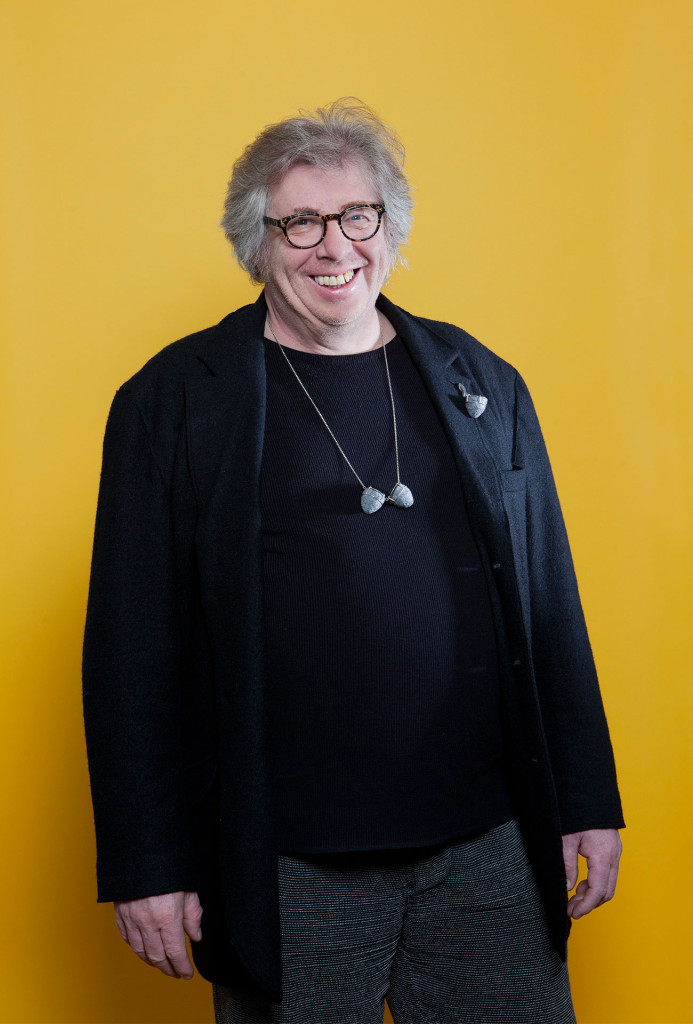 “This jewelry is understated yet at the same time distinctive. Its unobtrusive, simple materials, combined with the shape of symbolic vessels, pique the beholder’s curiosity.” Andreas Koll, Munich, archivist at the Valentin-Karlstadt-Musäum, musician 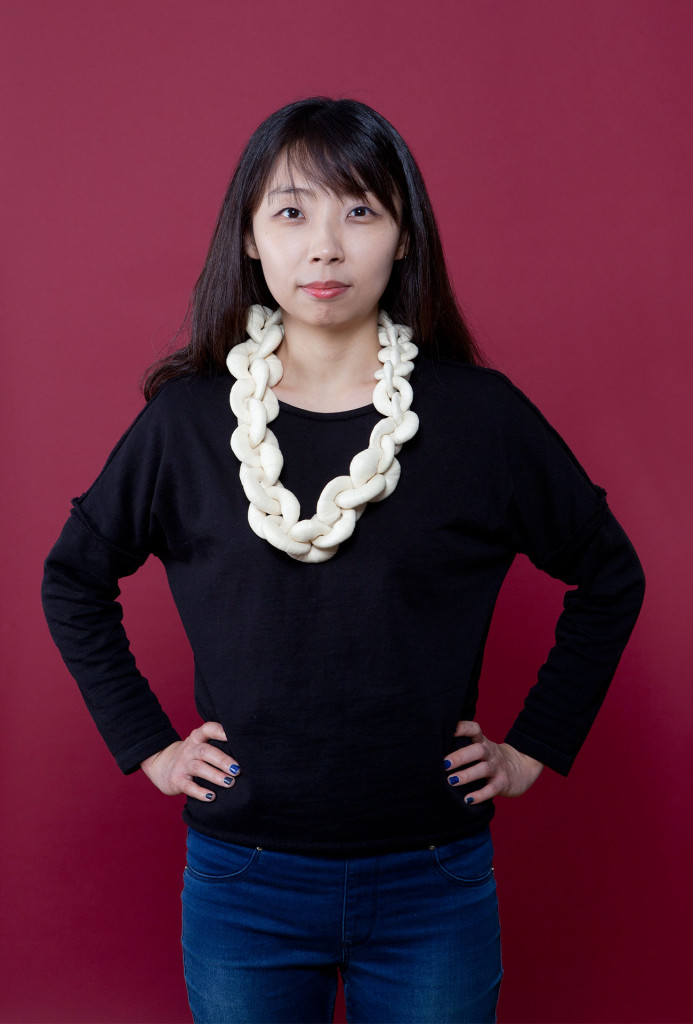 “I like the material, its weight and its color. Despite its rigidness, it’s very supple and so unusual that it elicits spontaneous reactions in the beholder.” Kyung Jin Kim, Nuremberg/South Korea, art student specializing in gold- and silversmithing