Peter Zumthor has an affinity for the artisanal crafts. This is why he was invited to design the building for the Werkraum Bregenzerwald [Bregenz Forest Craft Workshop], where the regional ateliers have been showcasing their high-quality products since 2013. We interviewed the manager, Renate Breuß. 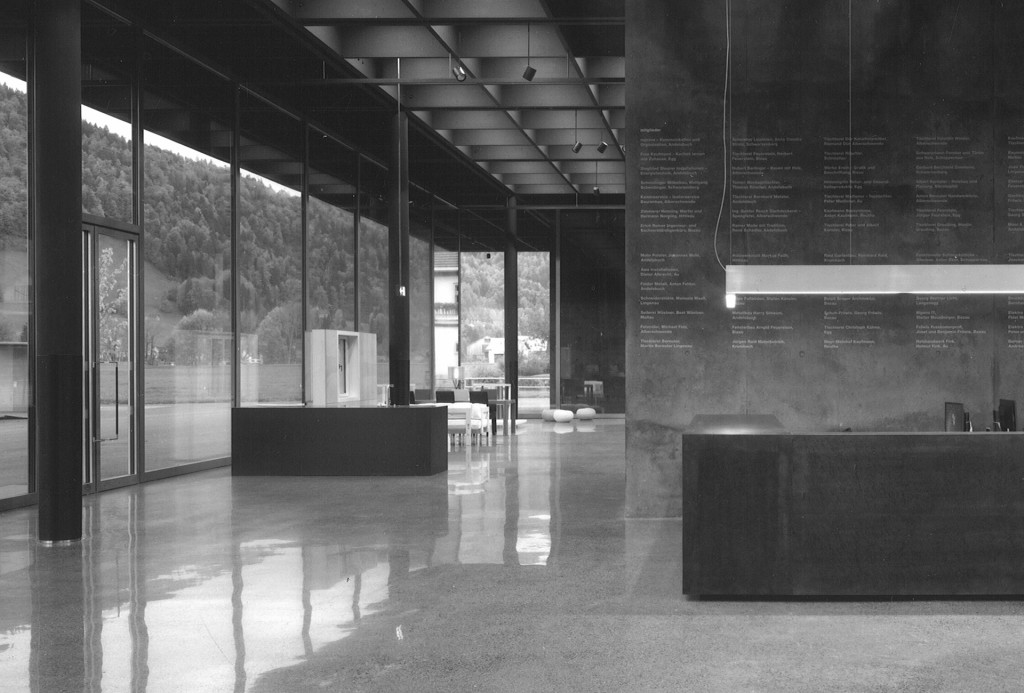 Constructivism in Vorarlberg. The Werkraum Bregenzerwald by Peter Zumthor

Art Aurea: When and how did you come up with the idea for the Werkraum Bregenzerwald?

Renate Breuß: Our common goal was to enhance the quality of artisanal products and to foster collaboration and mutual feedback. For this purpose, the artisans established an association in 1999 to promote their trades to the public through exhibitions, competitions and lectures, and between themselves through development and youth work. Built by innovative craftspersons, the edifice reflects their own individual mindsets and styles, which fit seamlessly in with the Vorarlberg region’s distinctive architecture. Their desire for continuity and strong local roots is also manifested in the Werkraum building in Andelsbuch.

AA: How did it come about that modernist ideas have taken root so impressively in the Bregenz Forest of all places?

RB: Not only have architects and craftspersons developed a heightened sensibility, the general public has also changed its perceptual habits over the years. The people commission products from local artisans, and are open to new developments and exemplary refurbishing. Awards for competitions such as Handwerk+Form (Crafts+Design) also play an important role. A traditionally strong sense of community, as well as a mindset that considers design not only as superfluous embellishment, can also be perceived in a refined cuisine and dining culture, or in a creative approach to language and music.

AA: How did you become manager of Werkraum Bregenzerwald? What are your most important goals in this post?

RB: I grew into this job working as an art historian. While researching the history of cooking, I also looked into the relevant crafts. At the beginning, my remit for the Werkraum was of a conceptual and editorial nature; since 2008 I’ve been its manager. My primary personal motive was to perpetuate and promote the local crafts, as well as the relevant knowledge, which is still deeply rooted throughout this region.

AA: There’s a women’s museum in Hittisau, and there are a lot of awardwinning female chefs all over Vorarlberg. The women here evidently enjoy a special status, quite in contrast to other Alpine regions.

RB: Managing a domestic economy was a female domain in the past, so women have a long history in developing creative and organizational skills, for example in the field of cooking. Women are traditionally involved in the family-run businesses. In the 21st century, these skills are becoming more and more evident and acknowledged in public perception. 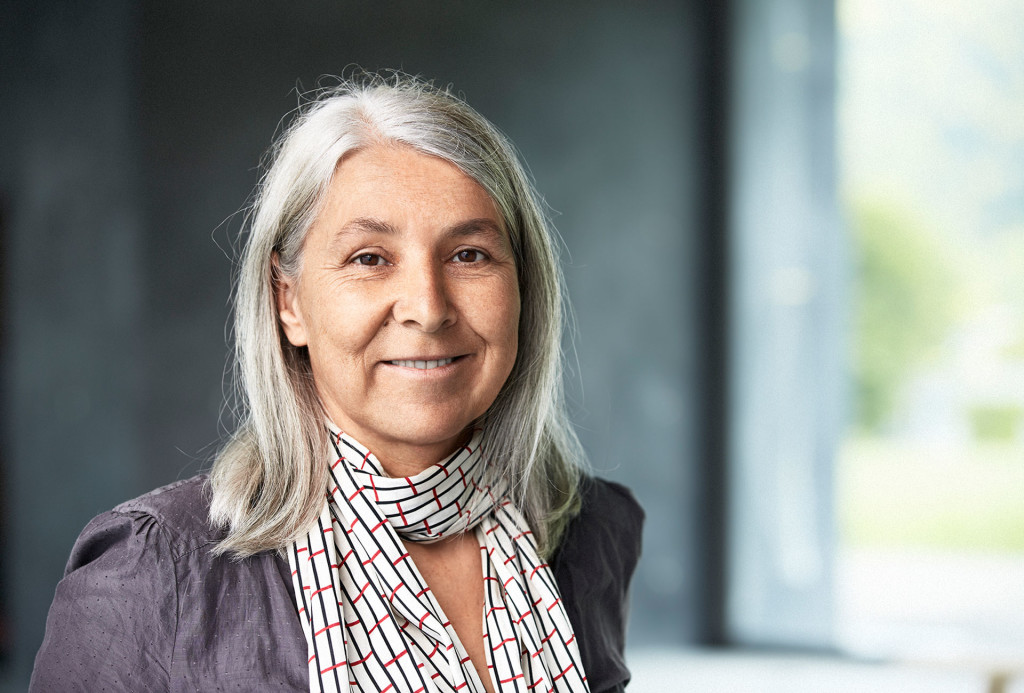 Dr. Renate Breuß sees vanguards in the countryside, too

AA: What kind of feedback have you received since you opened the Werkraum in 2013, and what kind of effect does this exhibition and event space have on the development of the artisanal culture in the Bregenz Forest?

RB: We have an average of 2000 visitors per month, including many architects and builder-owners, but also guests on vacation in the Bregenz Forest. What attracts people in addition to our permanent exhibition of the works created in our master workshops is the building as such, in that it’s in its way an exhibit created by our construction craftspersons. Creations from elsewhere are showcased in special exhibitions, such as the No Name Design show, a collection of more than 1000 objects gathered and arranged by the Swiss designer Franco Clivio in collaboration with the German photographer Hans Hansen. It will be followed in the summer by Küchen-Kochen-Handwerk [Kitchens-Cooking-Crafts], a themed exhibition by our member businesses with the participation of regional food artisans. The fall will see the seventh edition of the Handwerk+Form competition. It is evident that the avantgarde is active not only in urban but also in peripheral areas. Our specific goals include persuading young people to learn a craft. Their interest is increasing, albeit slowly.

AA: Sustainability is an oft-quoted buzzword nowadays. In the Bregenz Forest, it’s being practiced as an integral part of its artisanal culture. What can be done for this to catch on and to counteract the progressive Ikeaization of our world?

RB: There ought to be more initiatives for promoting the crafts and their achievements, so as to motivate our society to adopt the corresponding sustainable and non-consumerist mindset. I consider this as our responsibility. The crafts combine the quality of work, products and life. They supply a clientele that is included from the beginning, starting from the question of what they specifically need via the planning and manufacturing stages all the way through to the intended use. This is how customers can begin to develop a relationship with the products from an early stage – products that they can use for a long time with pleasure and without getting tired of them, that are manufactured for a long useful lifetime and to delight their users. The crafts are not anonymous trades, there are people and narratives behind them.