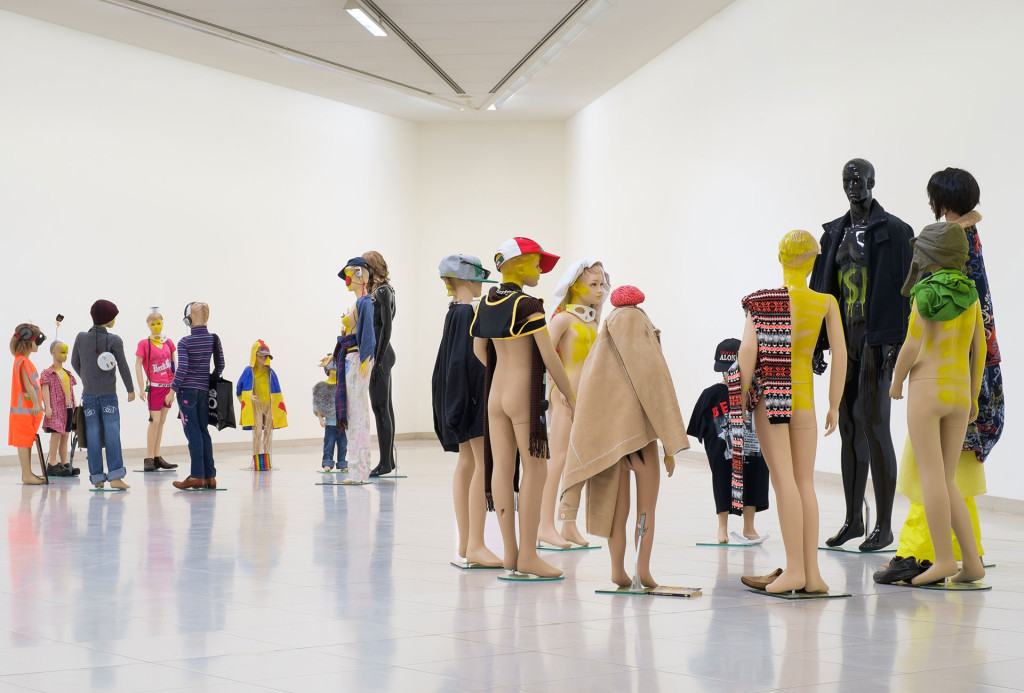 Mysterious compositions made of mannequins, garments and unusual props are what visitors currently encounter at Frankfurt’s Museum of Modern Art. Isa Genzken, born in Bad Oldesloe in 1948 and one of the most influential contemporary artists, is showcasing her latest creations under the title of New Works. The well-balanced aesthetics of this body of work created in 2014 and 2015 – after her Retrospective was shown in New York – is intriguing, reveals modern consumer habits, leaves many questions unanswered and has a disturbing effect. What kind of strange interaction is going on between the rigid protagonists that silently form a circle? What kind of social structure is being highlighted here? If it’s indeed supposed to be a social group, then each member represents a different aspect of our sometimes absurd world. The children’s figures wear oversized shoes, some of the other protagonists feature naked parts of their bodies that people in the Western world prefer not to expose in public. Some of the garments are pieces once worn by the artist. One of the figures, sporting a mask, a headgear and football shoulder pads, looks as if it were desperate to protect itself. But from what? Maybe from the powers that other protagonists have already gagged with garish adhesive tape. The fact that one of the mannequins lies on the floor, with its lower body naked and its genitals sprayed in red, supports the interpretation that what visitors are witnessing here are scenarios of heteronomy, helplessness and alienation. Are they all dramatic presentations of real threats? For Genzken, who was married to the painter Gerhard Richter until 1993, this exhibition comprising 40 figures, as well as several floor and wall installations, represents both a reflection upon our present time and her own biography. 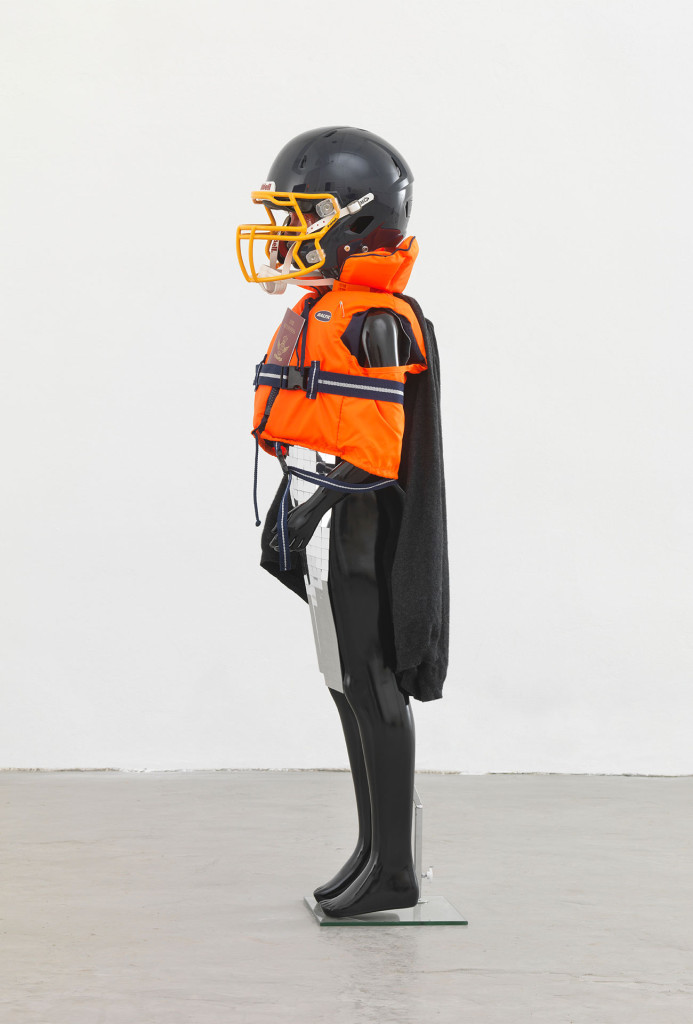 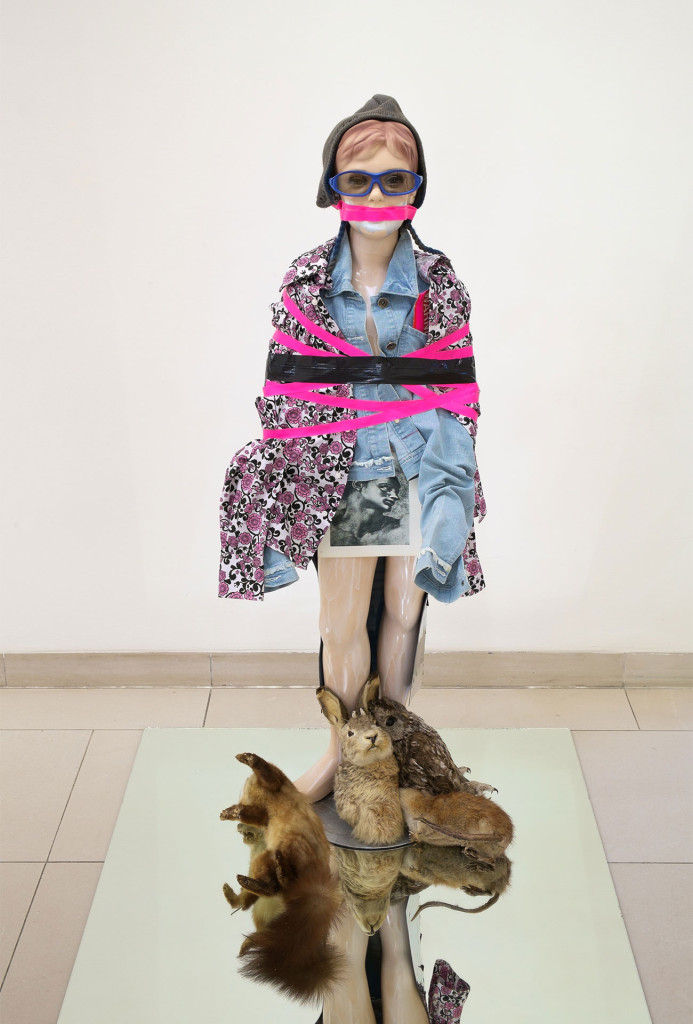