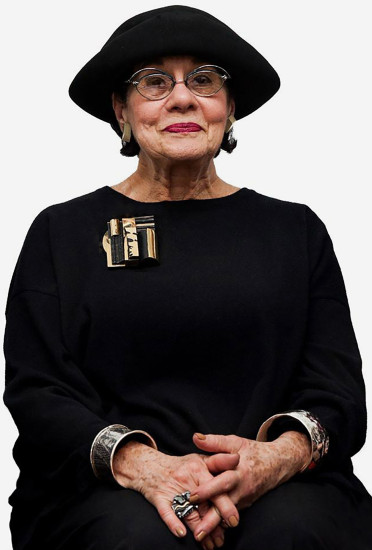 The late Russian poet Joseph Brodsky, who combined our worlds, stated in an essay “…. That in the course of this life every person sooner or later finds himself in the position of Robinson Crusoe, carving notches and … crossing them out. Such is the origin of ornament, regardless of preceding civilizations … and these notches are a profoundly solitary activity isolating the individual and forcing him toward an understanding … of the autonomy of his existence in the world.”

It is within one of these notches that contemporary artists share a mission to strengthen art, society, and create works responsive to our time. We can only hope that the art created by these individuals will not fail to reach out and satisfy greater aesthetic and political needs. These works, which engage one another, provide a dialogue and merge creative and diplomatic expression. Since that symbolic gesture is physically impossible, the aim of “Gifts from America” is that the artworks will provide a catalyst for all and an exchange of ideas that serves as a bridge to bring our lives together.

This initiative was born during a meeting with Tamara Rappe and Dr. Mikhail Piotrovsky at the Hermitage Museum in December 2012. The concept of a selection of a few gifts of American crafts developed into the present exhibition of seventy-four works collected from February to October 2013. A special thank you to Tamara Rappe and her assistant Vera Emelyanova for their understanding and patience during this period.

No exhibition can occur without the existence of a community. The enthusiastic response of the artists and patrons made the concept a reality and is deeply appreciated – without their support there would be no Gifts from America. I would like to thank Paul and Chauncie Rodzianko, directors of the Hermitage Foundation, New York who lent spirited support to this initiative. In addition, my deepest appreciation to Mihai Burlacu, my assistant, whose immeasurable assistance made the impossible possible, and Kenneth Yanoviak who provided photographic documentation when needed. Last, but far from least, I would like to thank my son, Matthew Drutt. His relationship with the Hermitage Museum preceded mine by several years and he oversaw this project from its inception which included the numerous details of organization and scholarship.

St. Petersburg was founded in 1703 and Philadelphia in 1682, the cities are close to each other in birth. In 1986 I was part of a select delegation sent to Leningrad (now St. Petersburg) in an effort to establish a cultural exchange between the two cities. It never occurred, but the forthcoming exhibition of Gifts from America as well as the proposed installation of the rooms from my Philadelphia house scheduled for exhibition during the late spring of 2015 will provide realization, in part, to that initial cultural exchange.

Gifts from America celebrates the hand and the survival of the creative spirit in a mechanized society. Russia and America are two countries at opposite ends of the globe whose relationship can be nurtured by ensuing dialogue. Mutually curious and respectful of each other’s achievements in art and culture, our nations can further their relationship through an exchange of political, social and cultural events. We can only hope that the artworks offered here serve to further our common goal of realizing world harmony.