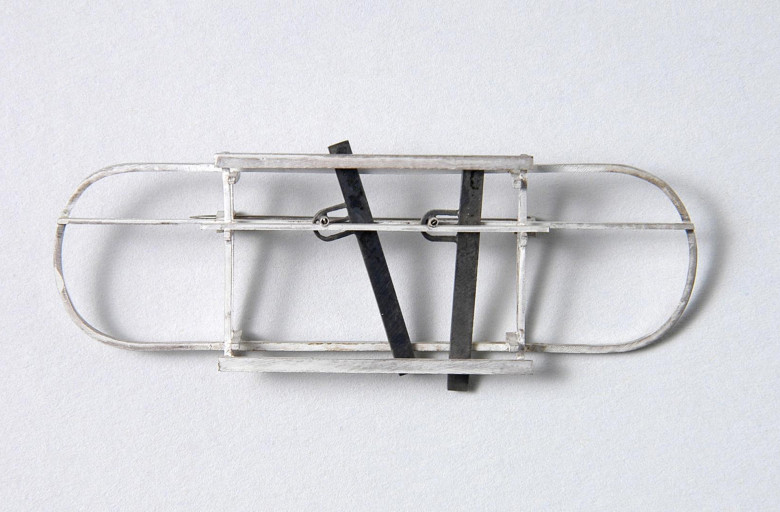 Whitened silver, optical glass, stones and modern acrylic glass are Anton Cepka’s preferred materials. Novel spatial concepts, which are relief-like at first and later become almost sculptural, are created in the shape of brooches and pendants. His jewelry and his objects as he himself says “bear all the signs of today. At the same time they express the reflex of today’s over-engineered world.” The elements of movement and light come into play in these pieces unexpectedly, Kinetic art hereby entering jewelry art for the first time in this conceptuell way. Technical airflight-like, fragile futuristic forms, and the white color of the whitened silver reflect the current, technological advancement and reference our times. The execution of the objects – the drilling, sawing, filing and cutting of the silver by hand – bears witness to a great craftsmanship that is essential to Cepka’s objects.

Jewelry and object artist Anton Cepka, born in the Czechoslovakian, now Slovakian town of Šulekovo in 1936, is one of the most important jewelry artists of the 20th century and a protagonist of the so-called studio jewelry movement after the Second World War. He is now considered the doyen of Slovakian and Czech jewelry designers.

Initially a student at the Bratislava School of Arts and Crafts, Anton Cepka graduated under jewelry artist Jan Nušl and sculptor Alena Nováková at the Academy of Arts, Architecture and Design in Prague. As early as 1964, he received the Bavarian State Award for his work at Internationale Handwerksmesse (International Crafts Fair) in Munich and on the occasion of the “Schmuckschau”. His final break-through came in 1968 with his participation in the international jewelry symposium in Jablonec nad Nisou. Thanks to his formal vocabulary, which is reminiscent of Constructivist art, he was one of few remained unchallenged by an autocratic state for a long time.

On the occasion of his upcoming 80th birthday, Die Neue Sammlung – The International Design Museum Munich is dedicating a comprehensive exhibition to the fascinating work of jewelry artist Anton Cepka for the first time. Around 180 jewelry objects by Anton Cepka made between 1963 and 2005 can be seen for the first time. 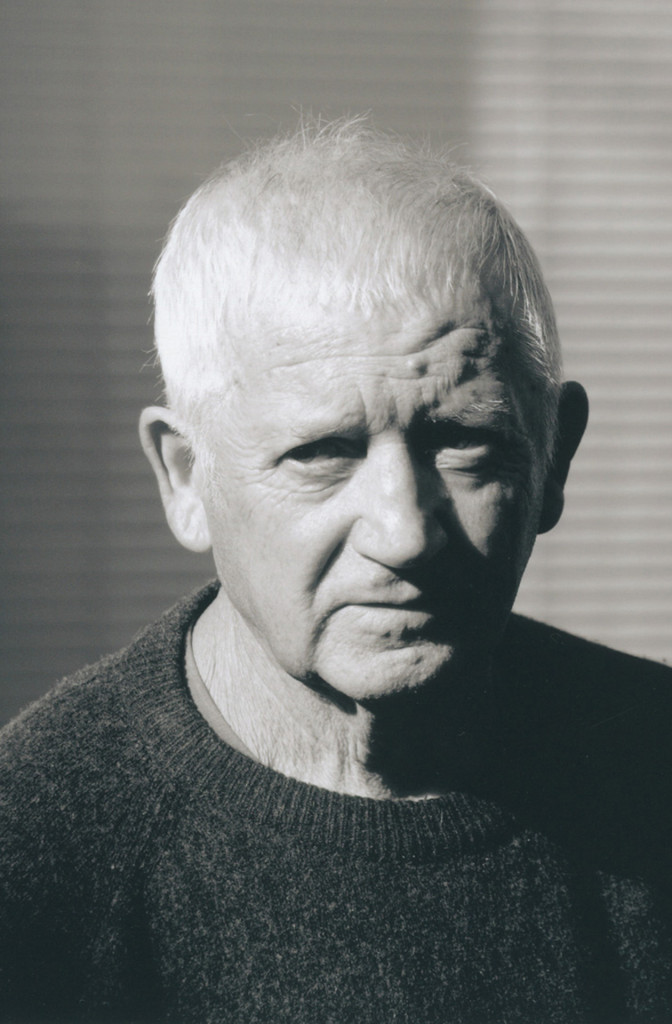 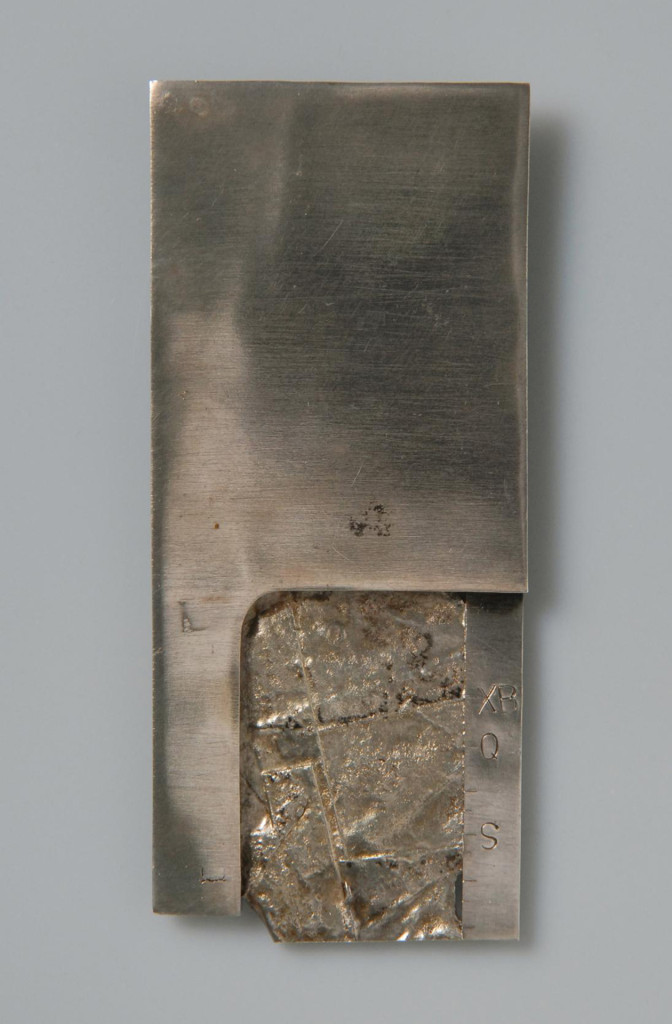 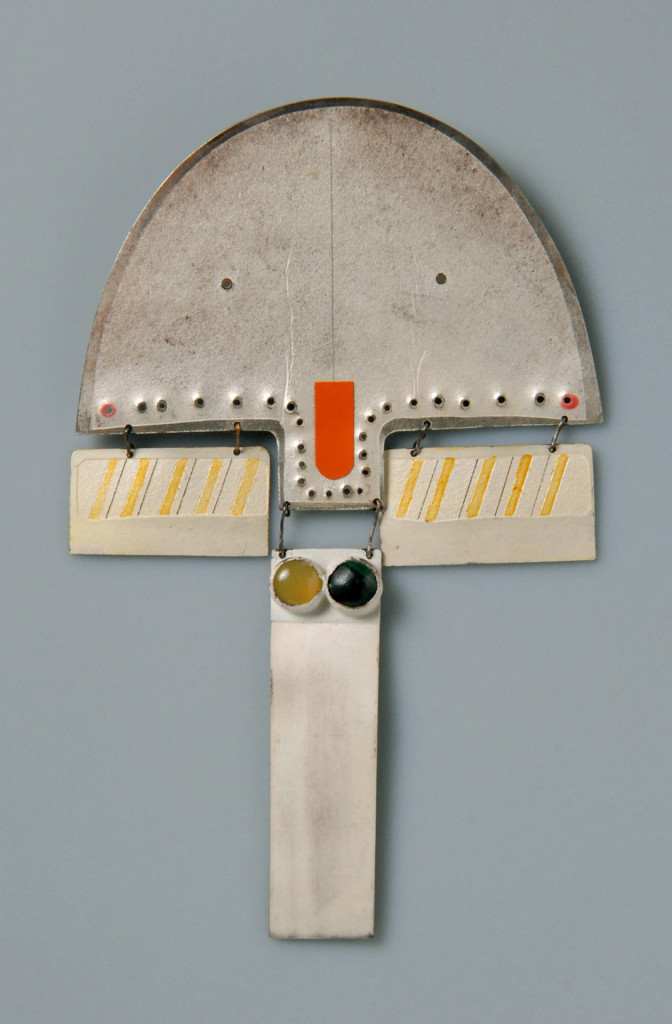 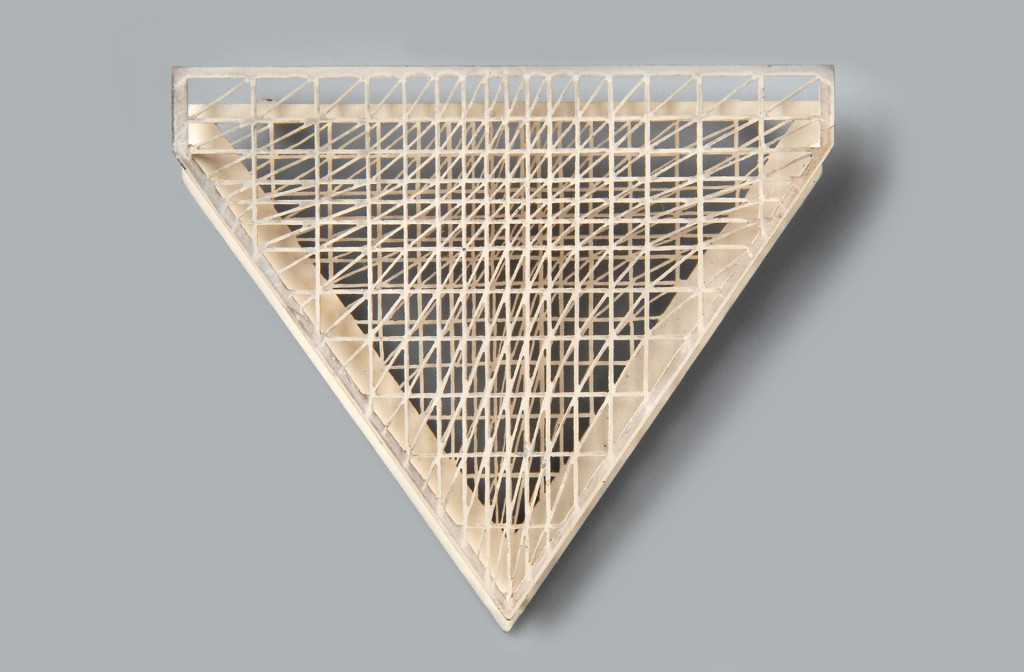