Born in Padua in 1971, the goldsmith Giovanni Corvaja once said that making jewelry is really only a pretext, a kind of apology that lets him stay constantly in contact with gold, an element that he describes as magical, a miracle of nature. When one looks at what Corvaja makes from gold, one could conclude that his creations are likewise part of a higher plan because his techniques are so mature and the results are utterly unique. 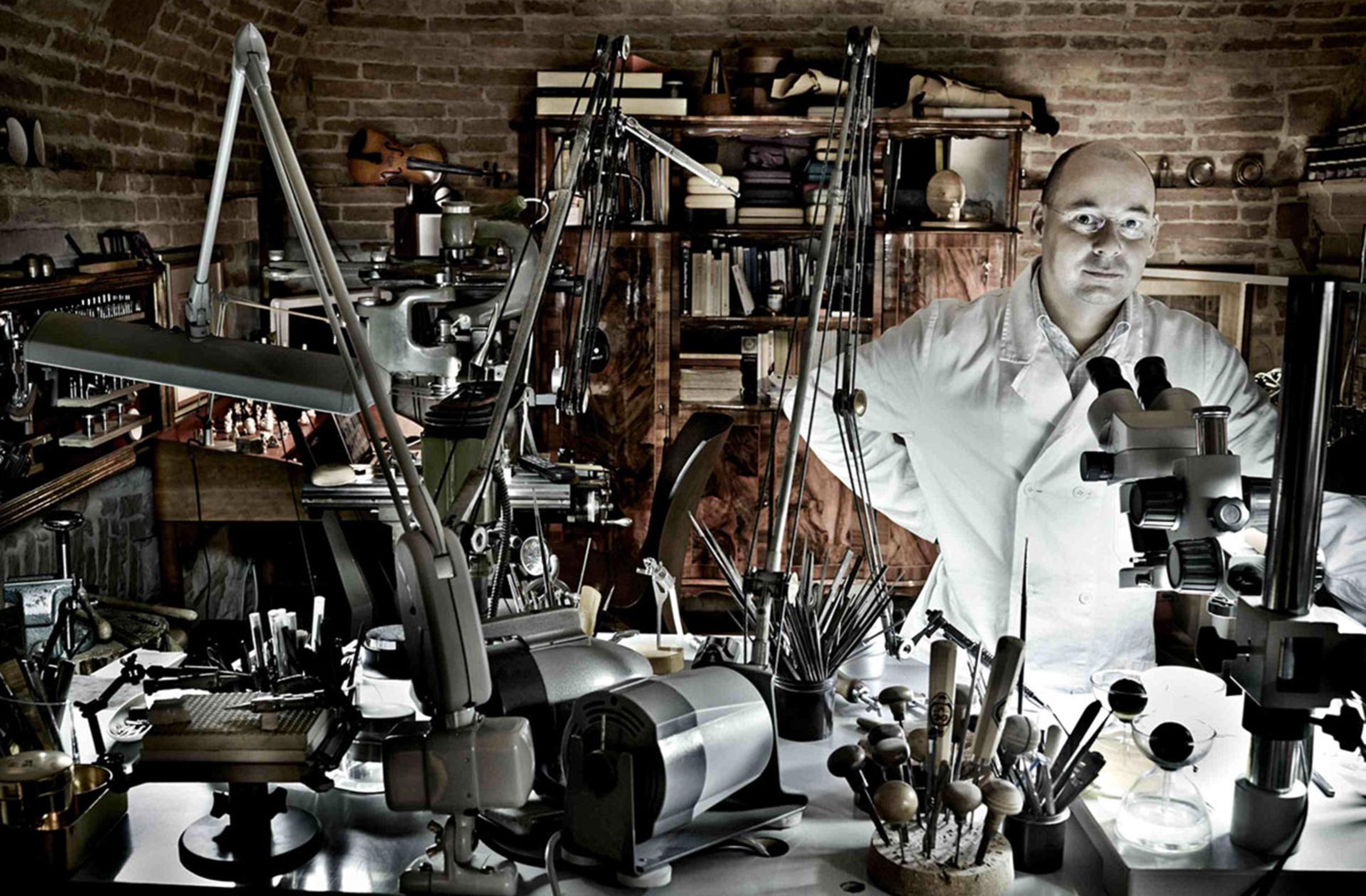 A gossamer plexus of gold (2010) or a canister of golden honeycombs (2013): nothing seems impossible for this virtuoso. But his virtuosity conceals hard work and perseverance. Corvaja is not one to lay down his tools in discouragement when progress is initially difficult and unknown paths must be traversed. Just the opposite: that’s when things really become interesting for Corvaja, who was born into a family of scientists. He devotes months or even years of research and development to his ambitious projects. It’s not unusual for him to devote over 1,000 hours of work to a single piece of jewelry. Motivated by curiosity and thoroughness, he also wants to grasp things intellectually. Whether it’s the Ancient Greeks, Dante Alighieri, Arthur Schopenhauer, C. G. Jung or the contemporary Zen Meister Thich Nhat Hanh, scarcely any interview exists in which Corvaja doesn’t quote one of the great names in the history of ideas. 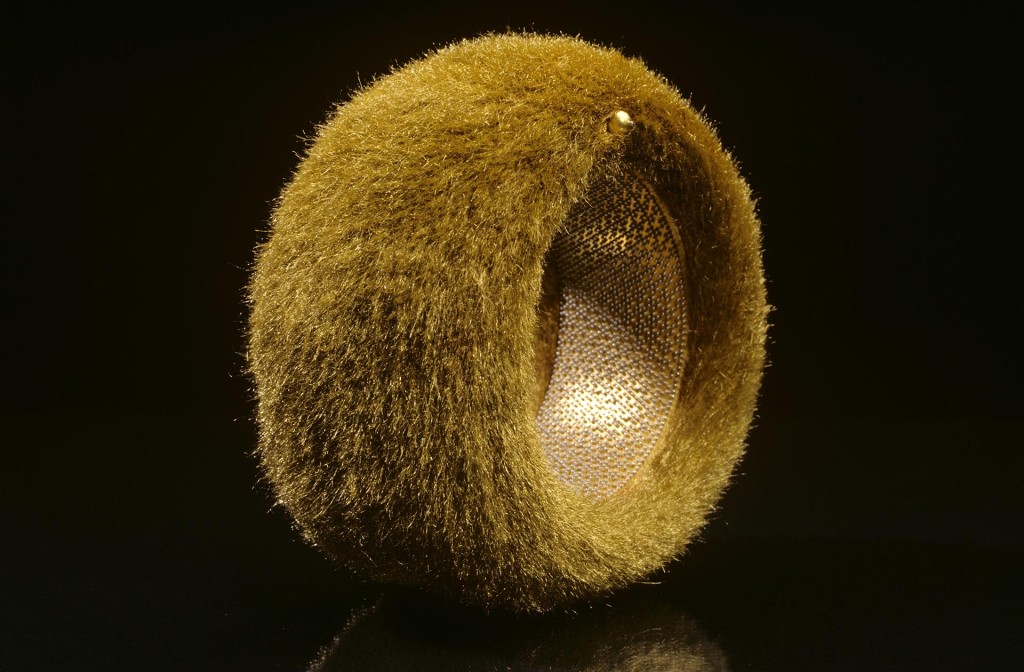 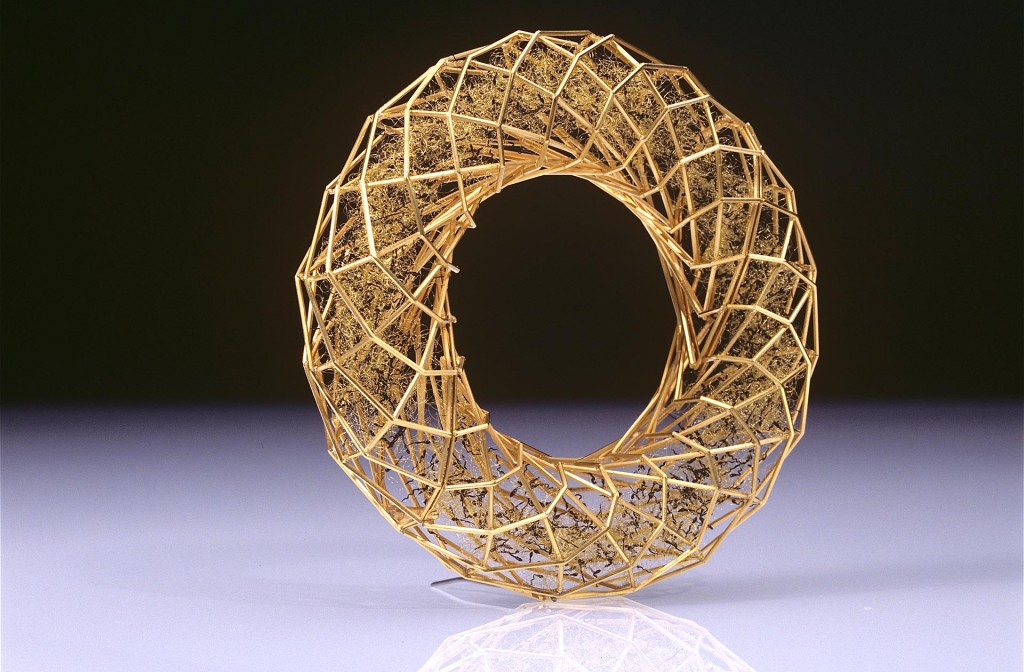 But his first and most influential mentor is Francesco Pavan (*1937), the grand master of the school of Padua. Corvaja studied the goldsmith’s art with Pavan at the Liceo Artistico Pietro Selvatico from 1985 to 1990. Pavan believed that craftsmanly tradition and progressive ideas should be allied; Corvaja put this into practice at his mentor’s atelier. After two further years at the Royal College of Art in London, Corvaja was awarded a Master of Arts degree. He returned to Padua in 1992 with his future wife, the goldsmith Jacqueline Ryan, whom he had met at the academy. They worked together in a joint studio for nearly a decade before Corvaja left the goldsmith’s city behind him and went to central Italy. Todi, a small Umbrian city with Etruscan roots, would be his life’s focal point thereafter. His laboratorio, which he set up in the brick-walls of a 15th-century building that he restored himself, is a mix of an alchemist’s workshop and a high-tech laboratory. Whether melting an ingot or drawing a wire, whatever task is presently required is the most important act, to which he surrenders himself as wholeheartedly and as single-mindedly as a monk in meditation. Having personally built many of his tools and devices, Corvaja must exercise complete control over his work so he never commissions third parties to perform individual steps in the labor, never allows inadequate means to restrict his artistic creativity, and always categorically rejects so-called “accidental art.” True freedom of expression, he believes, is impossible without perfect technique and its mastery.

Considering Corvaja’s noble striving for universal beauty and his desire to create something eternally valid with his unconventional artworks, it would be profane to describe his work in terms of numbers. Nonetheless, one piece of jewelry – consisting of 4,000 platinum granules and over 1.2 million of the slimmest golden threads with a total length of 28 kilometers – is a superlative feat that can also be quantified. It’s a bracelet from the legendary group of artworks entitled The Golden Fleece, with which Corvaja not only astonished the world of goldsmiths. The surrealist artist Meret Oppenheim chose mink for a similar piece of jewelry in 1935, but Corvaja succeeded at an incredible feat: he transformed gold wire, stretched five times thinner than a human hair, into the slenderest fibers of a veritably divine ram’s pelt. The principal artwork in this series contains fully 160 kilometers of precious threads. Corvaja worked fourteen hours per day for more than nine months, patiently weaving and knotting a headpiece that Ivan the Great (1440-1505) would have craved. Mere sable adorned the cap-like crowning insignia of the Russian tsar. Corvaja didn’t find the fabled Golden Fleece; he created it for himself. There’s no limit for this artist. A miracle doesn’t happen of its own accord. For Giovanni Corvaja, a miracle is the dream that one’s own effort brings to fruition.