With the exhibition “Die gute Moderne” the Grassi Museum of the Applied Arts Kunst is currently presenting in its Art Deco pillar hall approximately 600 designs by more than 60 international designers. The artworks were collected by Inge and Wilfried Funke, who repeatedly donated smaller compendiums to the museum and ultimately bequeathed their entire collection of approximately 10,000 objects to the museum in Leipzig. Although the present exhibition displays only a small part of the enormous collection of dishes, vases, cutlery, furniture, lamps and appliances, it offers visitors an exciting overview of 20th-century industrial design, starting with the Bauhaus era, spanning the postwar period, and continuing well into the 1970s. In the process, the phenomenon of “collecting” per se is repeatedly addressed. 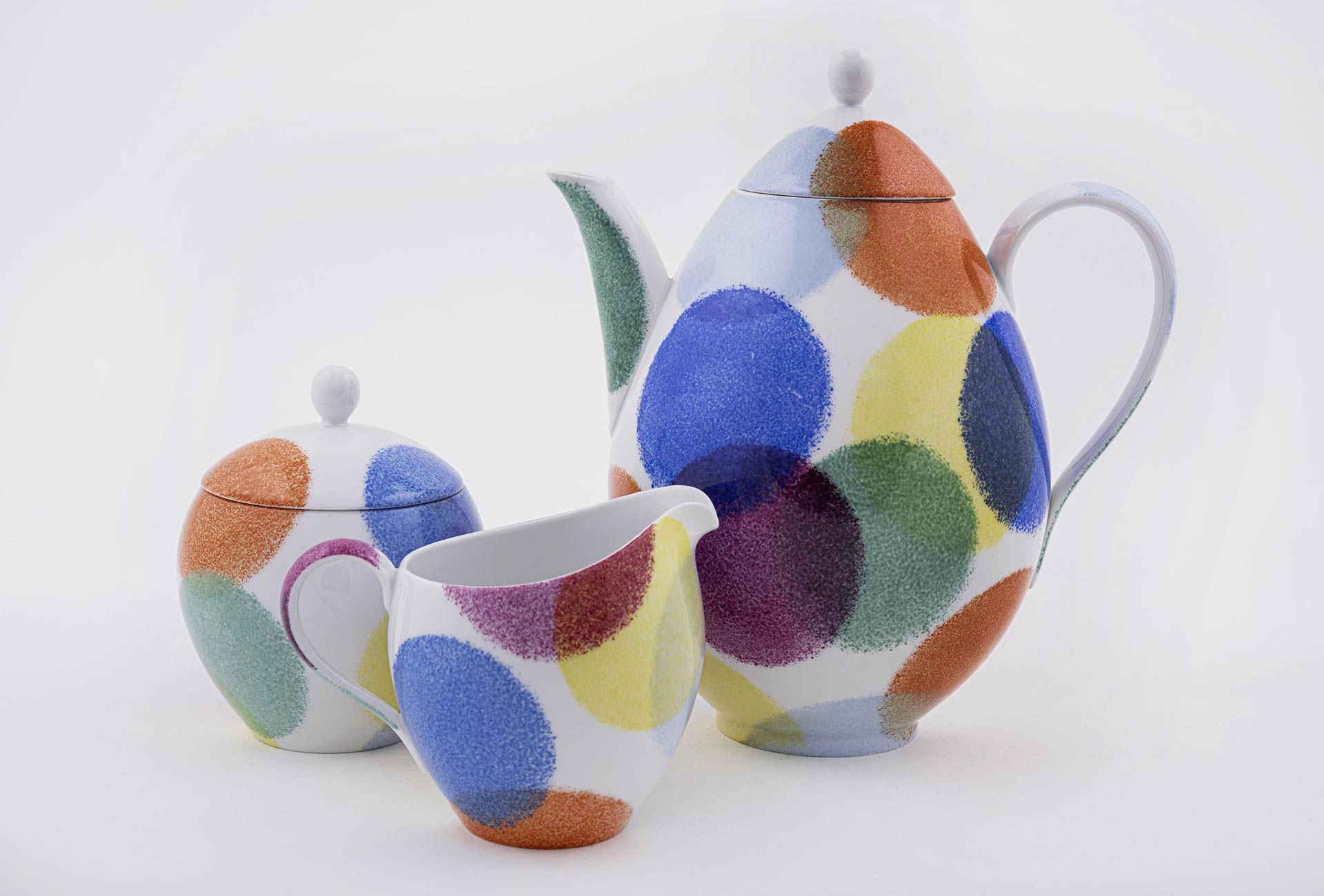 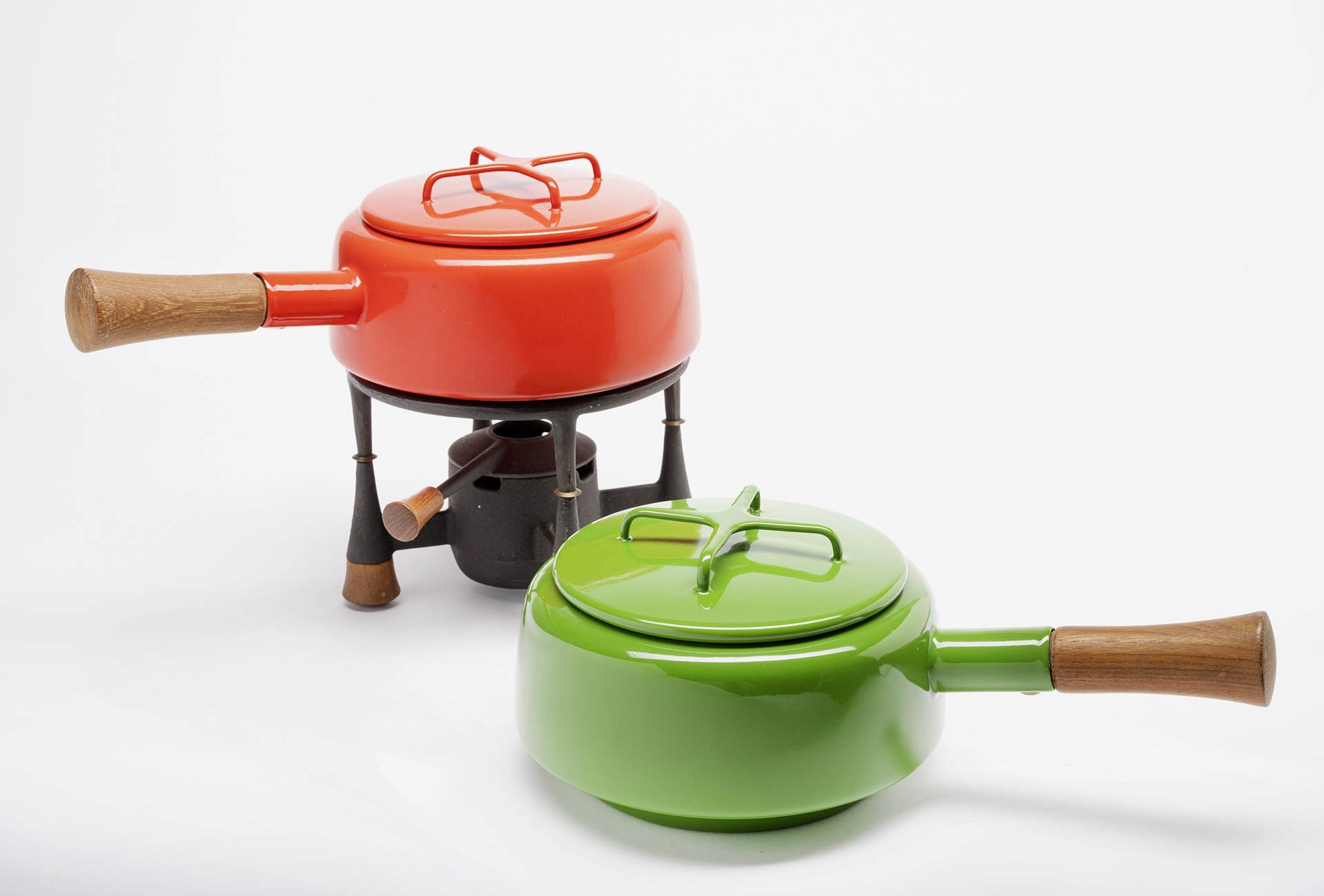 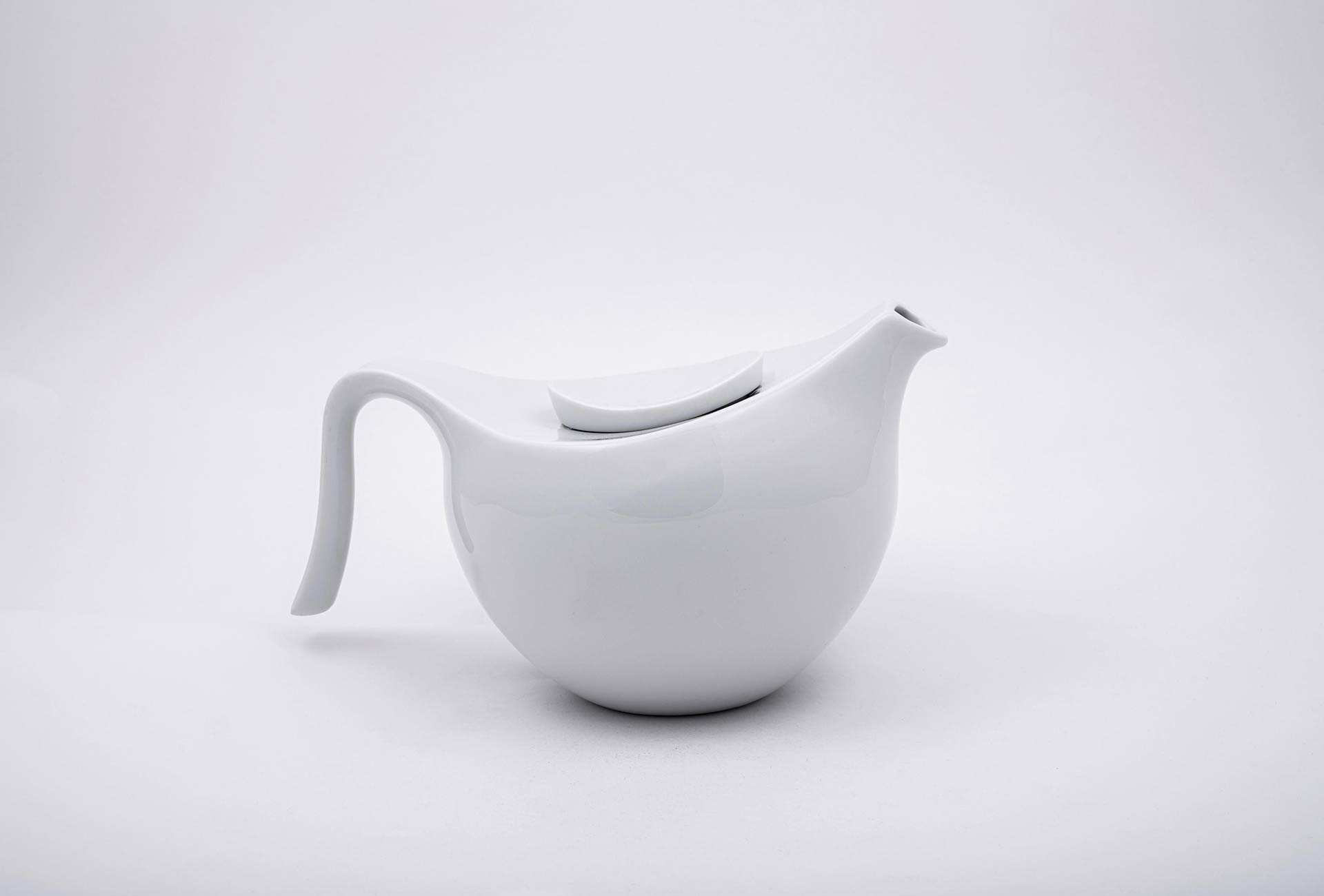 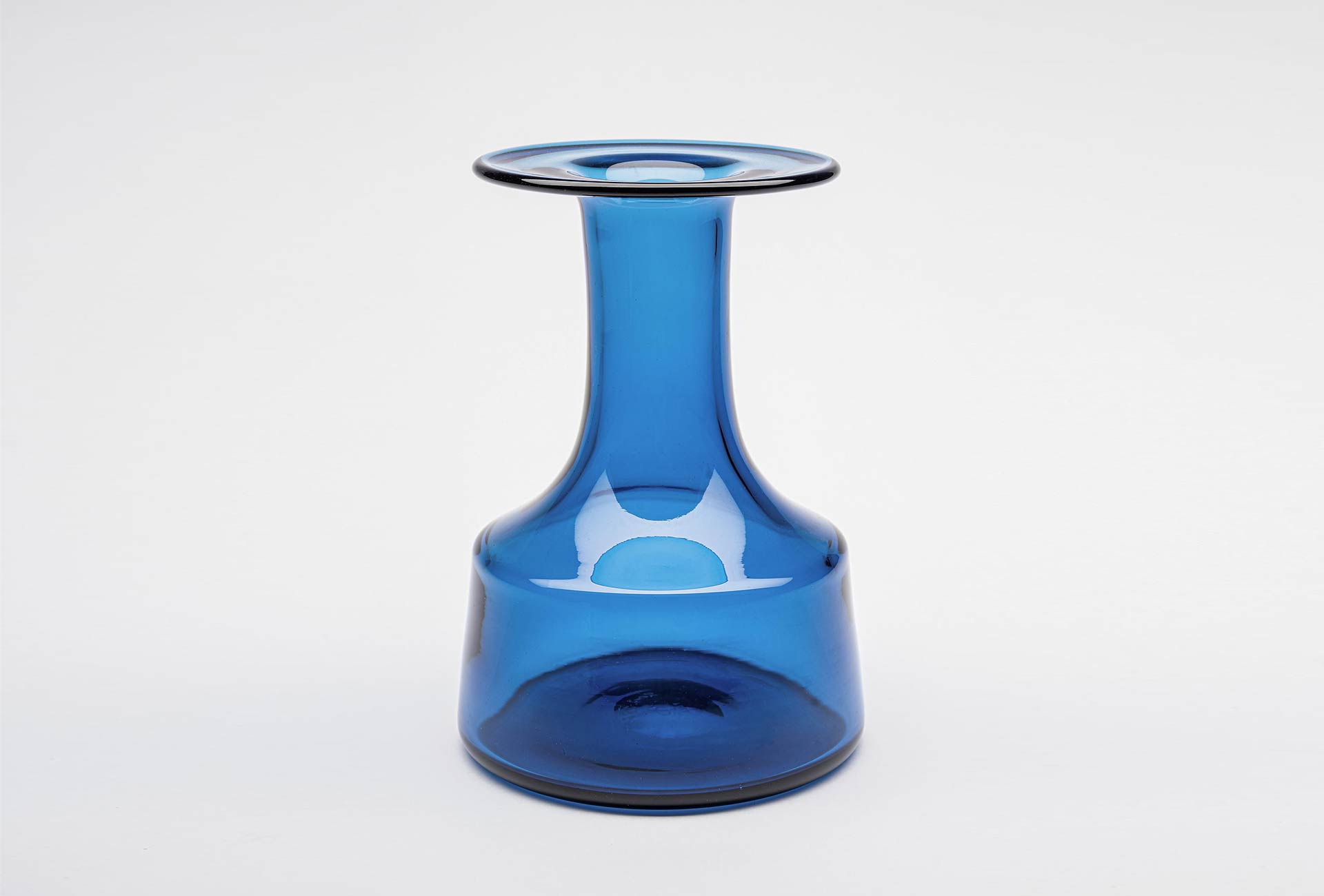 Vase No. 15035, designed by Wilhelm Braun-Feldweg in 1959, realized by Peill & Putzler Glashüttenwerke, Düren; glass, mouth blown in form. All photos by Felix Bielmeier.

Inge and Wilfried Funke were inspired by their visit to an exhibition dedicated to the designer Heinrich Löffelhardt (1901-1979) at the Badisches Landesmuseum in Karlsruhe in 1980. Afterwards the collector couple tirelessly strove to acquire and document above all the so-called “Good Form” as promulgated by the German Design Council after World War Two. The couple’s nearly forty years of collecting resulted in one of the largest collections of 20th-century industrial utilitarian design. Starting with the designs of Löffelhardt and Wagenfeld, the Funkes also collected designs by Bauhaus- and Werkbund-inspired precursors such as Hermann Gretsch, Wolfgang von Wersin, Marguerite Friedlaender and Trude Petri. The Funkes did not spurn the “kidney-table” aesthetic of designs for Rosenthal by the likes of Beate Kuhn or Hanns Hoffmann-Lederer, and they also acquired works by Wilhelm Braun-Feldweg, Günter Kupetz and Hans-Theo Baumann. The couple also ventured into Scandinavian modernism with objects by Tapio Wirkkala, Stig Lindberg and Jens Harald Quistgaard and they collected works by legendary designers such as the Czech Ladislav Sutnar, the Briton Robert Welch and the American Gerald Gulotta. The current exhibition, which is well worth seeing, was curated by Dr. Walter Lokau.