The Südwestdeutscher Keramikpreis, which is endowed with 10,000 euros, is awarded every three years. Unlike the first competition in 2017, this year the states of Hesse and Thuringia were included along with Rhineland-Palatinate and Baden-Württemberg. Another new feature was that the competition was not publically advertised, but that each of the five jurors was asked to nominate two ceramists. Ten artists accordingly comprised the group of candidates, which consisted of the winner Monika Debus, as well as Uwe Löllmann, Heide Nonnenmacher, Sebastian Scheid, Martin Schlotz, Guido Sengle, Sebastian Stöhrer, Thomas Weber and Song Zhifeng, who is currently studying in Höhr-Grenzhausen.

The following cooperation partners are involved in the event: the Bund der Kunsthandwerker Baden-Württemberg e.V., the Badisches Landesmuseum Karlsruhe and the Ceramic Museum Westerwald. 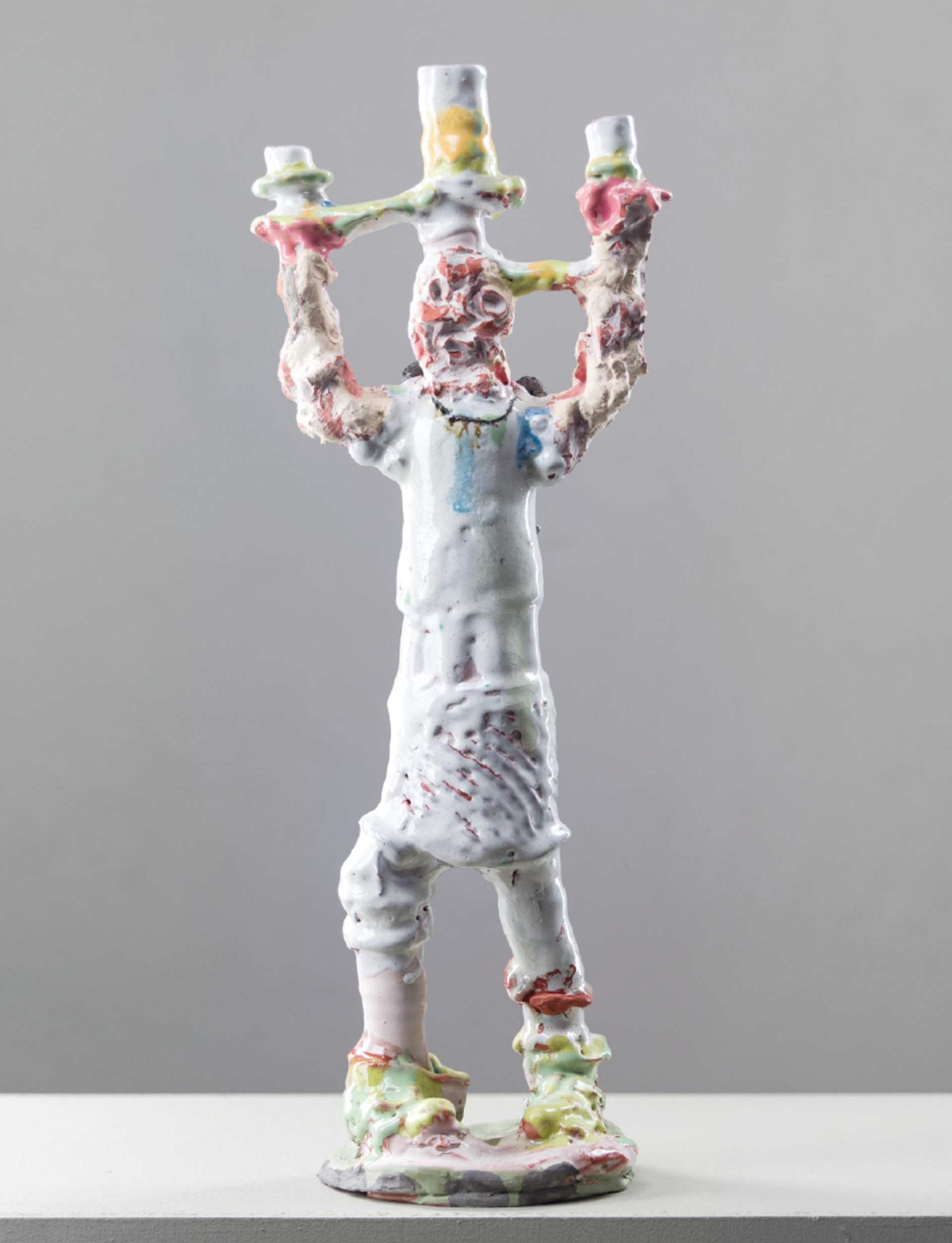 The prizewinner’s works will be on display at the Keramikmuseum Westerwald from September 4 to October 14, 2020. Martin Neubert was born in Kleinmachnow in 1965 and now lives in Weimar and Halle/Saale. After an apprenticeship as a potter with Christine Freigang in Bürgel, he studied at the Kunsthochschule Halle Burg Giebichenstein from 1988 to 1993, where he has been a professor in the field of sculpture and ceramics since 2009. 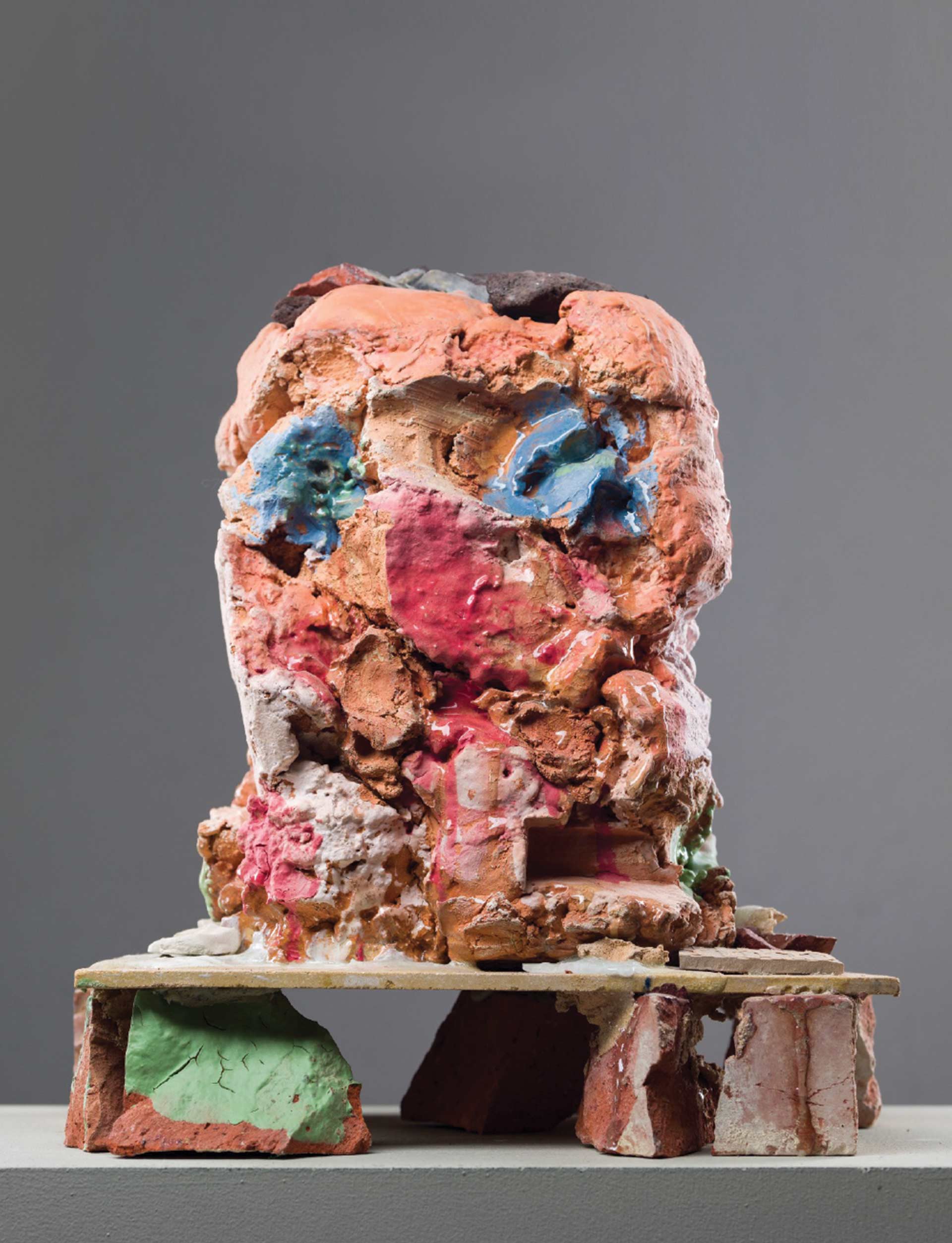 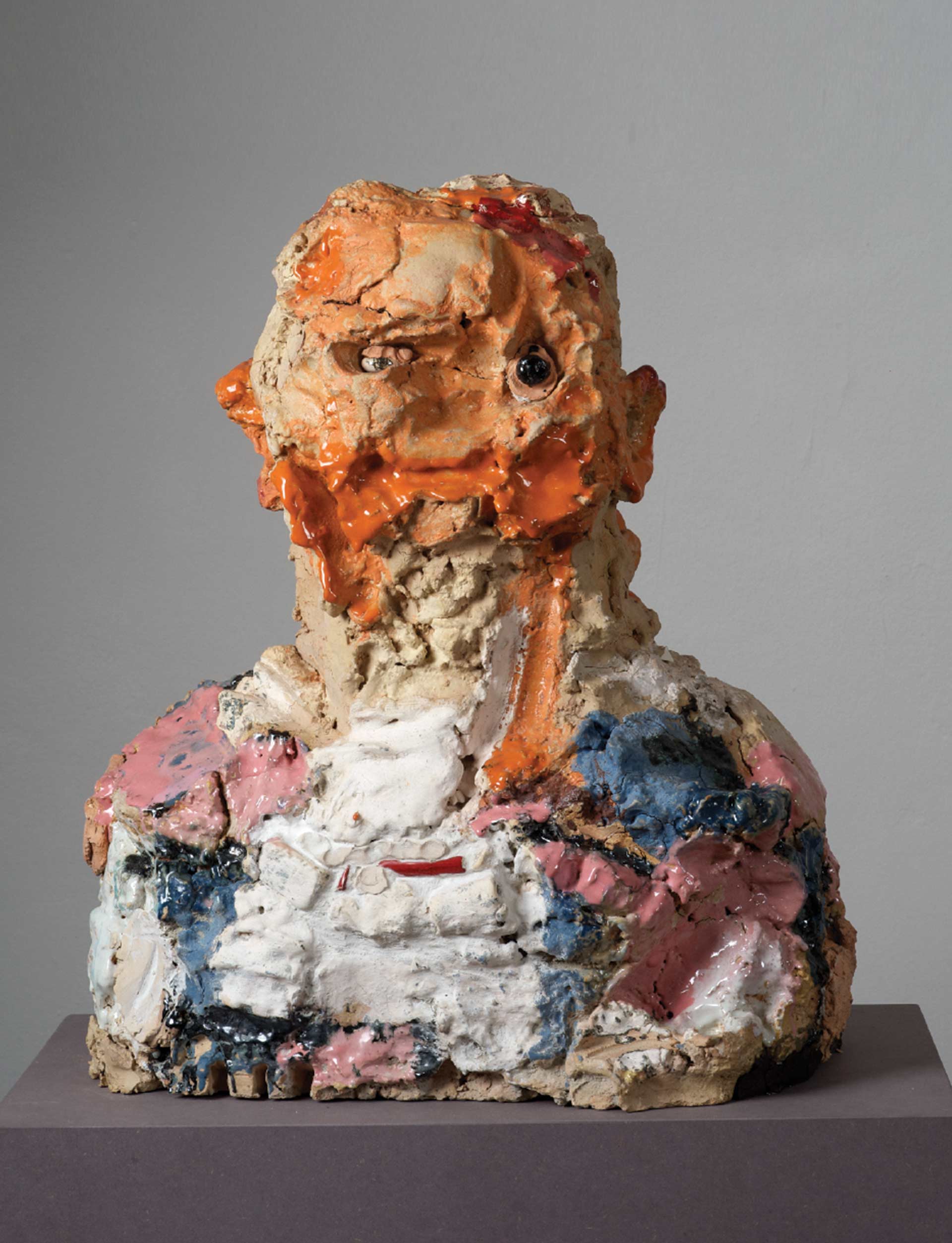 Martin Neubert writes in his statement: “The principle of collage, which experienced a worldwide renewal in the 1980s, has always been my elixir. I have always been less interested in the intact, the whole and the completed than in the fragmentary, the unfinished and the things taken from life. My intention is to create works of beautiful complexity out of this mixture. My immediate environment, i.e. the wild and productive confusion in my own family, is the starting point for many of my works. I am moved by the handicapped everyday ‘unheroes’ who strive to overcome obstacles and disruptions, the ‘nervous boys’ around the corner who can’t be anything but somewhat confusedly nonconformist. I sketch, grumble, experiment and tinker. Failures and predicaments lead to the final picture – the goal is a credibly formulated confidence….” 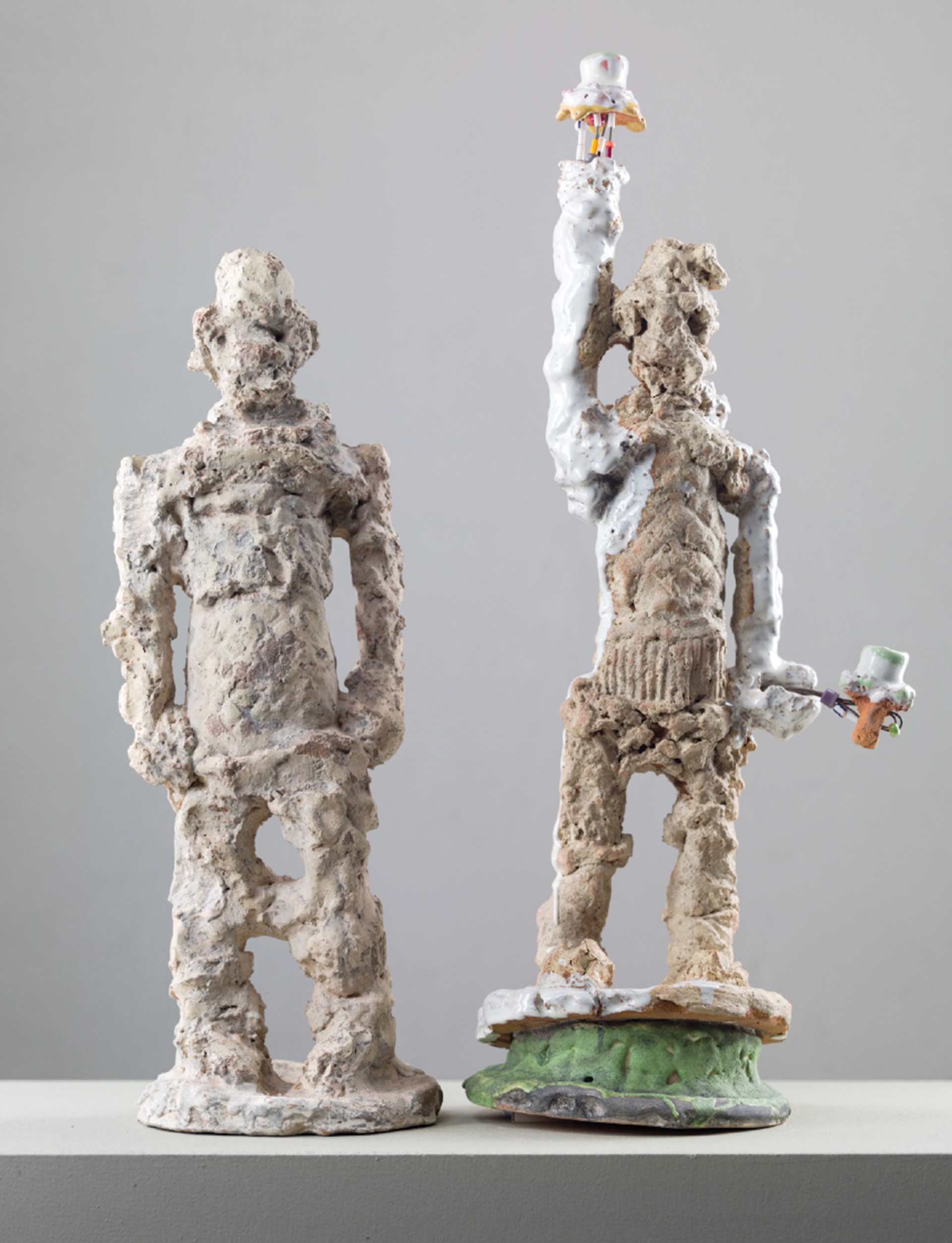 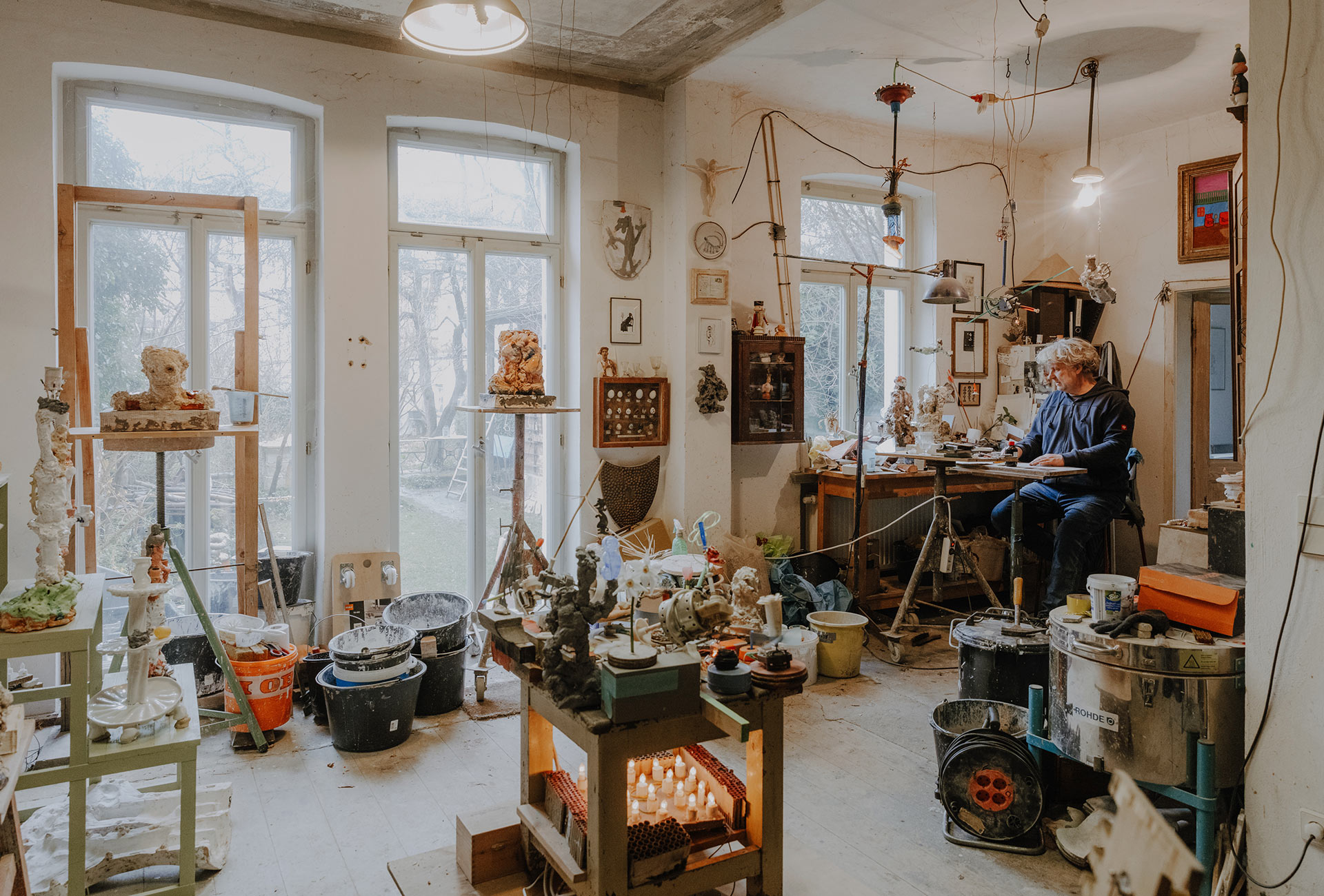