Katrin Feulner from Pforzheim, Inhwa Lee from Seoul and Helen Habtay from Idar-Oberstein, Germany are the winners of the BKV-prizes 2017. A commendation went to Anne Lengnink from Wismar. 104 submissions came from 18 countries. The young artists should show their own artistic composition based on quality craftsmanship. 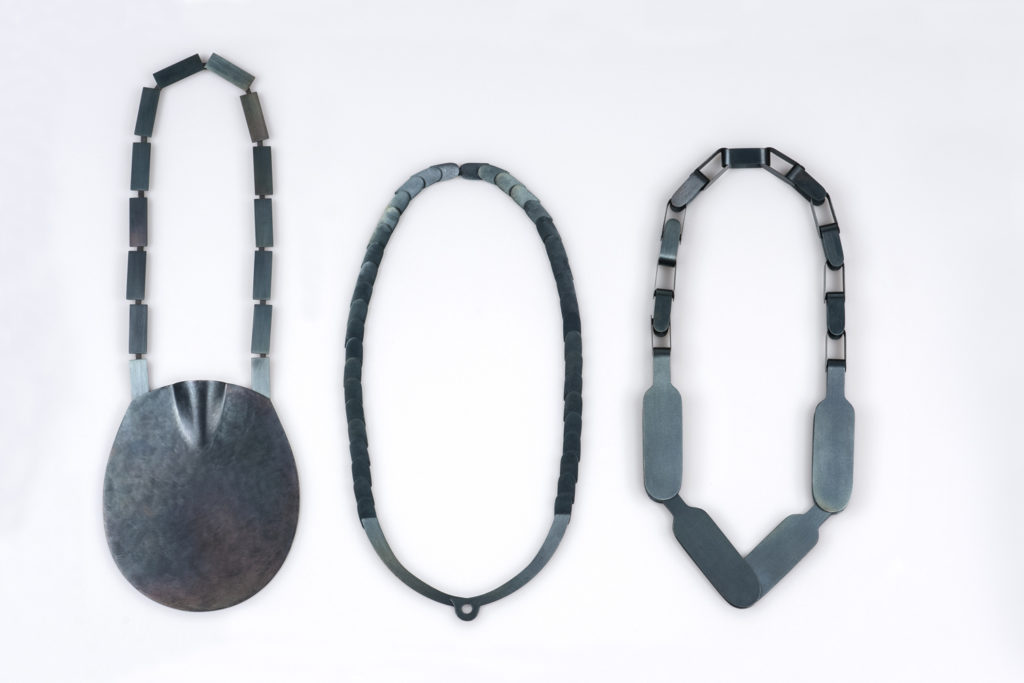 Katrin Feulner’s necklaces not only demonstrate their material quality and production technique, they also transcend them at the same time, so the reasoning for the jury’s decision. Iron and steel, in some cases derived from found objects, are turned into intensely blue shimmering gems with a highly assured sense of proportion and surface, reminiscent of the livery collars worn by chivalric orders. The centerpieces, chain links and clasps are all developed from the same shapes and designed with an ingenious sense of reduction. Clear contours and in particular the highly precise but never sterile finish of the surfaces gives the simple material a strikingly precious appearance.

“Memory of Emotions” is the title given by Inhwa Lee to her porcelain objects, which combine technical artistry with an unusual aesthetic. On the wheel she creates extremely thin-walled, cylindrical porcelain vessels. Further processing stages involve varying the wall thicknesses and surfaces in rectangular sections so as achieve different degrees of light reflection and translucency. Unusual both to the eye and the touch, these objects stand in the tradition of Korean ceramics but are also reminiscent of the lithophanes once popular in Europe, here transposed into constructivist shapes. 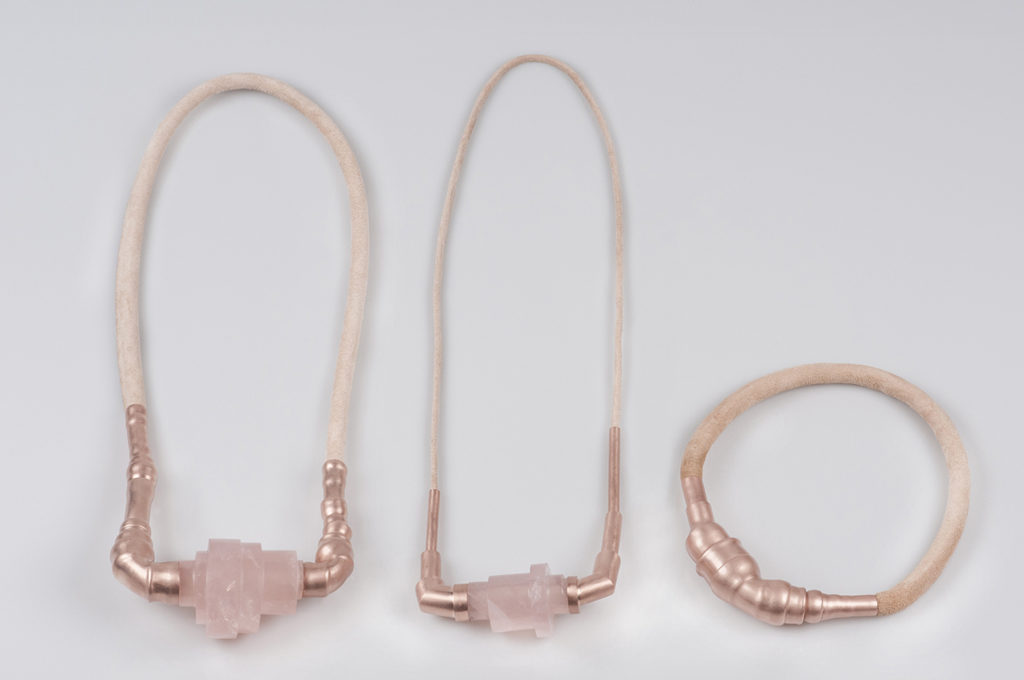 “Hi, SciFi” is a necklace series by Helen Habtay which develops an unsettlingly biomorphic aesthetic. Copper tubes sporting a rather skin-like surface with their porous finish and rosé gilding are combined partly by means of fittings like those used by plumbers and partly by seemingly growing into each other like intestines. They hold solid rose quartz disks which echo the organic shapes of the necklace itself. The part that comes into contact with the wearer’s neck is made of padded leather tubing. This solid, radical re-interpretation of the necklace nonetheless establishes a surprisingly effective connection with the wearer’s body, so the jury. 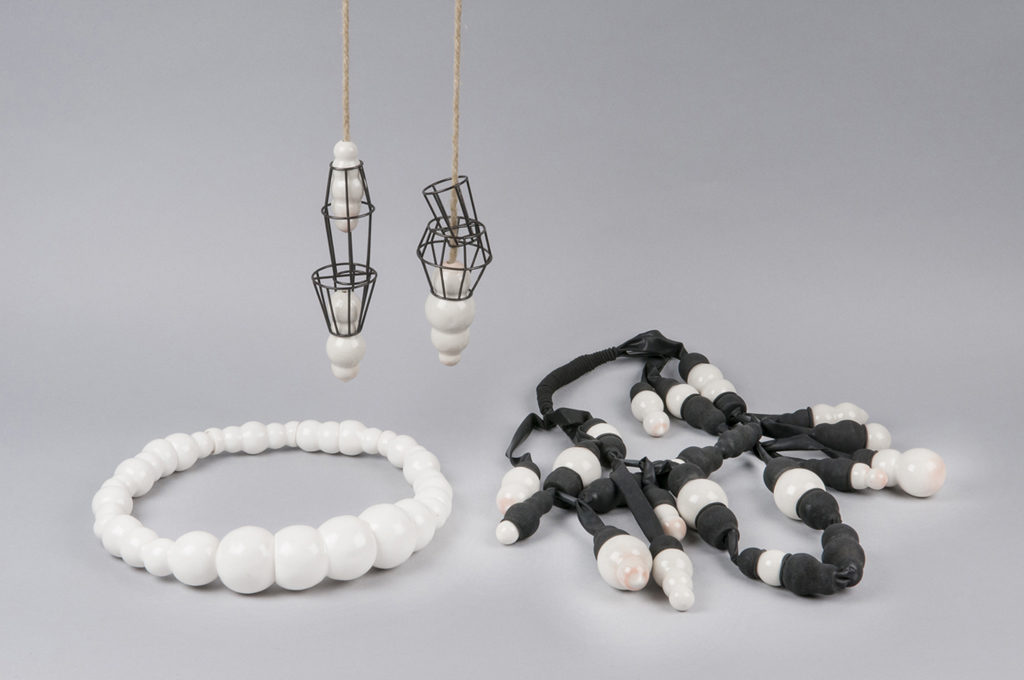 A Commendation goes to Anne Lengnink’s necklaces, which overcome boundaries and contradictions in a playful manner – whether the organic and inorganic, the ephemeral and the enduring, convention and taboo. The pearl necklace Circumclusion contains over-sized porcelain pearls, some of which are connected as in anatomy by means of a swivel head and a ball socket. A simple rubber band holds them together. Latex tubes hold and connect glandular shaped porcelain pearls at the necklace Paradox whose pure white tapers off into a pink skin color. When worn round the neck, the porcelain beads bob, swing and tingle. Mammae masculinae is mixture of brittleness and flexibility, as when steel cages enclose and surround organoid baroque pearls made of porcelain with clear geometric shapes, so the reasoning for the jury’s decision.

The BKV-Prize for Young Crafts was offered for the first time in 2006 and has been awarded for the eleventh time this year. This prize is aimed at young artisans under 35 years of age who are about to embark on their professional career. The prize is open for entries from all over the world and from all areas of applied arts. Prizes go to works that show excellent design based on fine craftsmanship.